Property Turkey Blog Is it Safe to Travel to Istanbul in 2017?

When talking about Turkey the country, a frequent question that often pops up is whether it is safe to travel to Istanbul in 2017. Three years ago, people asking this question were more concerned with muggers, scams, road traffic or the safety of solo female travellers in Turkey. These days, terrorism is sometimes asked, with ISIS and their continued attacks on cities around the world a concern for safety for those who have never been to Istanbul before.

Some people dread watching the news while others avoid it altogether. Some people stay away from the main cities in favour of smaller towns and villages, while others are determined not to let terrorism win.

Istanbul has sadly been on the receiving end of ISIS and their warped agenda, most notably, attacks on Istanbul Ataturk airport and the horrendous New Year’s Eve attack in Reina Nightclub. As the largest city in Turkey, what was previously the sixth most visited destination in the world and home to more than thirteen million people, ISIS knew that any attack would be reported worldwide, installing fear in people’s hearts. They are also still active all over the world, which has led many people to ask whether it is safe to travel to Istanbul in 2017. Let’s attempt to answer that question. 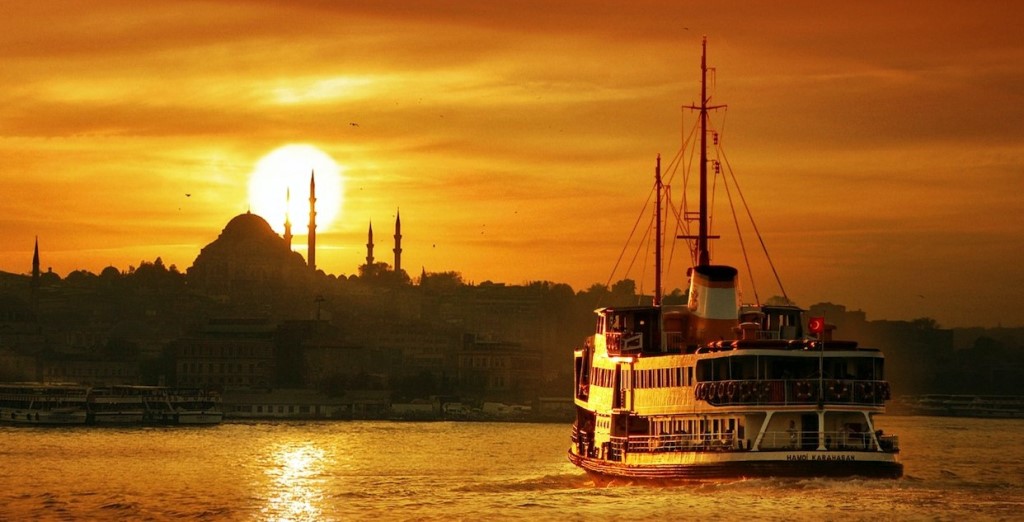 What Does the British Government Say?

“British nationals made over 1.7 million visits to Turkey in 2016. It’s generally safe to travel to Turkey, but you should take additional safety precautions. In some busy areas, especially Istanbul, the Turkish authorities are stopping members of the public to conduct ID checks. There’s also a larger than usual number of police checkpoints on main roads across Turkey. You should co-operate with officials conducting checks, and keep your passport and a printed copy of your e-visa or your residence permit with you at all times.”

Is Airport Safety and Security Enough?

Many people who frequently travel throughout Turkey still express disbelief that the attacks on Ataturk Airport happened because security in crowded spaces has always been significantly high. Including airports and shopping malls, security scanners have always been in place at the point of entrance. In some airports around the world, people walk around the arrivals hall without going through scanning machines whereas this is not possible at Ataturk Airport. The attacks occurred at the entrance because the attackers knew they would not get in unless they forced their way in. They were trying to create a diversion.

The author of an article in the Huffington Post says…

“Istanbul is my hometown. We are used to constant security checks in our daily lives. There are multiple checkpoints at the entrances to shopping malls — even at subway stations in this city. And Istanbul’s airport itself is known for its tight security.”

Governments all around the world and in the aviation industry state that airports are high targets. While this may deter some people from travelling by air, the good news is that security procedures are already in place and airports across the world are working together to combat the threat. After the incident at Ataturk airport, airports in the United States, Indonesia, India, and other countries immediately upped their security status to make sure everyone was on high alert.

On New Year’s Eve, one terrorist gunned his way into the Reina nightclub. It was a random target because according to the perpetrator, the original goal of Taksim square was too crowded with police. Seventeen thousand police officers were on duty that night, around the city and aside from the number of the perpetrator, the event was reminiscent of the Bataclan music hall shooting in France, where the aim was to target crowds.

A police offer was on duty at the entrance. However, his presence made him an instant target, and the killer shot him without warning. Since his capture, security forces have confirmed that he was a trained professional. Therefore, what does this mean for potential visitors to Istanbul? Well, as proven by most terrorist attacks around the world including France, Belgium, Russia, the UK, and Turkey, terrorists are deliberately targeting large crowds. Their unbelievable eagerness to die means that no matter how much security is in place, they will take any small opportunity to create havoc. Therefore, it is a personal choice whether you want to visit nightclubs and bars or stay away from crowds.

What Do the Experts Say?

Although it may seem rather callous, experts prefer to rely on data. They collect all of these into one archive of terrorist activities worldwide that is The Global Terrorism Database. From this, they have also formed the global terrorism index, which ranks countries according to its terrorist’s incidents. The top five countries for terrorism are Iraq, Afghanistan, Syria, Nigeria, and Pakistan but we do not typically hear about terrorism in these countries because they are not countries that tourists visit. Turkey is a popular tourist destination, so incidents immediately make it onto the front pages of tabloids and prime time news channels, therefore increasing our fear without knowing all the facts.

Any negative event automatically taps into our fear because we are scared that it will happen to us. It also clouds our judgement in recognising the difference between fear and danger. Danger is a real threat. Danger is visible, whereas fear is an emotion. According to Statistica, that is an independent group of stats collectors; more people die in Turkey from road traffic accidents than terrorism. Indeed all over the world except countries like Iraq, Pakistan or Syria, the likelihood of dying in terrorist attacks is significantly lower than other factors.

Security across Turkey has always been high, but since the increased activity of terrorism in 2016, an active task force in Istanbul is rooting out all possible perpetrators of terrorist attacks around the world.

The other major significant development is the enforced security procedures of the GIYKIMBIL. After the attack on Istanbul airport, security forces discovered the perpetrators had rented a private property to avoid identification. Had they checked into a hotel, they would have had to hand over passports in accordance with a procedure that has been in place for many years.

The GIYKIMBIL system requires that everyone who rents out their property to persons unknown whether for cash or free, log their identification into a countrywide system so that anyone who is flagged as a high-security risk can be immediately investigated.

Security forces across the world and in Turkey are actively working to prevent any attacks by working with the public and behind the scenes, so safety procedures are tighter than they have ever been before. However, the choice of whether or not to travel to Istanbul is a personal one. You can rest assured though, that should you decide to come, you will be in a place where security and safety procedures are a top priority and at an all-time high.