About Turkey About Istanbul

About Istanbul – When we delve into the finer details about Istanbul, one thing is clear. It has a pulse, unlike any other city. Albeit no longer Turkey’s capital, it’s all-encompassing as the financial, cultural, touristic, business, education and economic heart of the country. Home to the famous Bosphorus waterway, and once known as Constantinople or Byzantium, you can’t help appreciate the city’s fascinating diversity.

Istanbul’s history spans many centuries. Until 1923 when the Republic of Turkey was proclaimed, Istanbul had been the capital city of the Roman, Byzantine and Ottoman empires, each leaving their distinct mark. Exploring the mosques, traditional restaurants, bazaars, shops and famous sites leaves you with a sense of wonder, so much so that many foreigners have decided that a visit is simply not enough, they choose to call Istanbul their home. 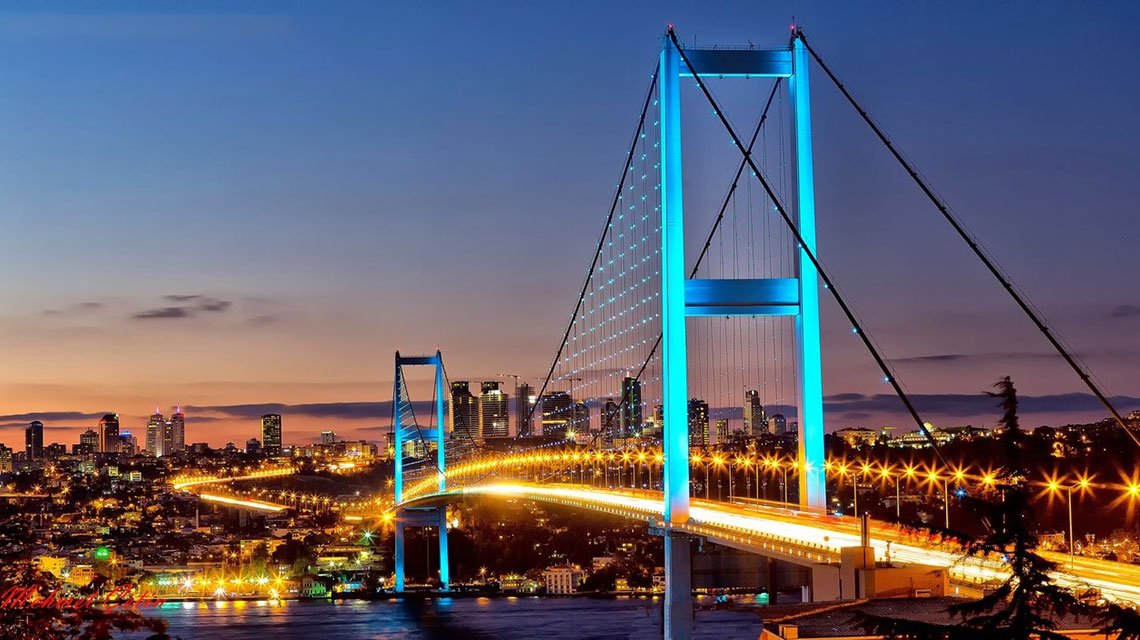 About Istanbul: Facts for First-Time Visitors

1: To match the imperial status of Rome, Istanbul was also built on seven hills. In 1453, when the Ottomans invaded, they cemented their victory by building a mosque in each location.

2: Topkapi Palace holds items that belonged to Muhammad, the Islamic prophet. Held in high respect, and security, they were first bought to the palace in the 16th century.

3: Istanbul’s 3113 mosques include famous historical landmarks like the Blue Mosque in Sultanahmet and the 16th-century Suleymaniye Mosque designed by Mimar Sinan, the Ottoman Empire’s favourite architect

4: In 2013, Istanbul was the sixth most visited destination on the planet. Hosting over 10 million visitors every year, hopeful government officials say this figure will continue rising as word of the city’s fame spreads even more.

5: Famous visiting figures include Agatha Christie who wrote her novel “Murder on the Orient Express” in the Pera Palace Hotel, and Mark Twain who called the Grand Bazaar, a “monstrous hive of little shops.” These days, it is also a celebrity hangout for Turkish and international stars. Read more surprising facts about Istanbul.

Istanbul is the only city in the world to embrace two continents, Asia and Europe. It’s an alpha world city of significant economic importance, lying to the north-west of Turkey and straddling the Bosphorus Strait. The smaller European side sits to the west separated by the Golden Horn, a natural harbour dividing the Marmara and Black Seas. As a large city, bigger than London and New York, it’s population of over 15 million people represent a significant part of Turkey.

Climate and Weather in Istanbul

Unlike warmer coastal regions of Turkey to the south, Istanbul is not seasonal and a city to be enjoyed anytime. Due to Istanbul’s size and typography, weather is changeable, and temperatures fluctuate depending on location.

Temperatures averages around 23*C (73*F) during summer but can reach up to 32*C (90*F) on occasions. Summer sees little rain, only a day or two a month, leaving it an excellent time to make the most of outdoor activities on offer.

Snowfall is common in winter, with an average temperature of 4*C (39*F). The city caters for colder weather by offering a wealth of indoor attractions. Many bazaars, shops, restaurants and museums are covered so, like most major cities, there is something to keep you occupied anytime!

Turkey is recognised as one of the world’s most populated countries with in excess of 76 million residents and this figure increasing by over 2% each year. As one of the world’s largest cities, bigger than that of London and New York, Istanbul has a population of over 15 million people with housing demand ever on the increase. The city has gained a lot of global attention recently and has grown rapidly as a result. It was designated Europe’s Capital of Culture in 2010 and is the European Capital of Sports in 2012. This attention has resulted in a constantly increasing community and many new suburbs springing up on the outskirts to help deal with housing demands. 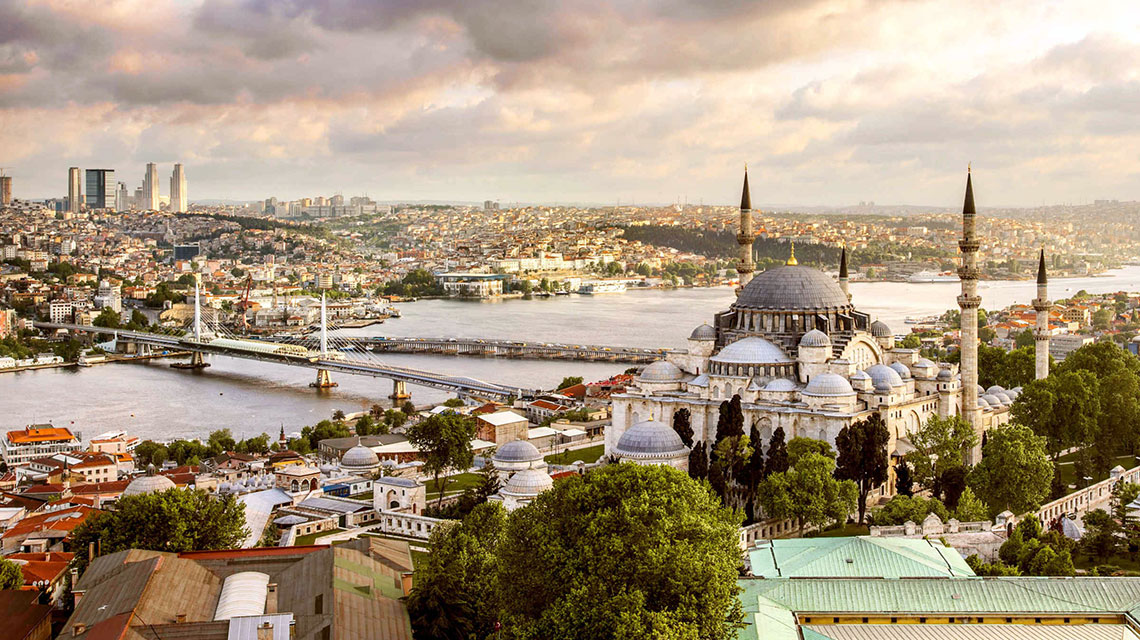 Besiktas, Fenerbahce, and Galatasaray earn fame as Turkey’s top three football teams while Beyoglu, commands respect as the best shopping and nightlife scene in Turkey. While much tourism focuses on European districts, Uskudar and Kadikoy on the Asian side are also important regions.

Neighbourhoods along European and Asian shores of the Bosphorus are where the city's most prestigious and prime locations are situated. These include Bebek, Sisli, Ortakoy, Ulus, Tesvikiye, Kanlica, Kandilli, and Emirgan, where property prices easily compete with the likes of Paris, London and New York for luxury real estate. Find out more in the articles below.

As the city grows rapidly, suburban towns are being erected to accommodate the city's growing housing needs. Shanty houses on the outskirts of the city are being replaced by structured and comfortable high rises and comprehensive complexes offered to market at very affordable prices. Great majority of foreign investors, particularly individuals as opposed to institutional investors, are taking advantage of these low prices in an effort to capitalise on the city's growth prospects.

We would like to underline that not all of these suburbs hold the same investment potential. The factors that will affect their price growth in years to come include social and cultural aspects of Turkish life and as such a diligent understanding of these factors will come in handy in selecting the right areas for investment. Take European suburb Bahcesehir for example, this is a prime example of a well developed and quality suburban town. However, neighbouring Esenyurt leaves a lot to desire in comparison.

Quality of life in Istanbul

Istanbul is changing. Common thought is that those residing in the classic historic and more established central districts have the best quality of life, but this may be largely income based. Views, historic buildings, classic architecture and sought after areas come with a higher price tag! Quality of life is defined as “the general wellbeing of individuals”. With this in mind, new suburbs on the outskirts of the city are now starting to offer residents quality housing at lower prices. These up and coming areas have modern health centres, trendy shopping malls, sports facilities and entertainment, many are now turning here to set up home.

The quality of life in Istanbul is generally very good. Local markets offer an excellent array of groceries at reasonable prices, there is a vast selection of shops, from designer names and department stores, to budget shops suiting every need and the transport links to surrounding areas are excellent.

Istanbul’s geographical position makes it an ideal international travel hub, and the city has stepped up to the mark with modern, ultra-modern airports. Until now, Ataturk was the busiest in Turkey, but a growing number of passengers led the way to the construction of the New Airport. Using the latest travel technology, it will be the world’s largest when complete. Meanwhile, on the Asian side, Sabiha Gokcen airport also delivers by offering year-round flights to countries all over the globe. (About Istanbul New Airport.)

For centuries, empires have fought for control over the Bosphorus linking Europe and Asia and also separating the two continents. Life is much calmer these days, but it's still a critical waterway enabling maritime traffic to pass through easily.

It’s esteemed status as an important shipping route, isn’t its only claim to fame. Cruising the Bosphorus is a top tourist activity, and shoreline homes called yali houses, make up Turkey’s most expensive real estate market. These wooden Ottoman villas can reach as much as 50 million USD. 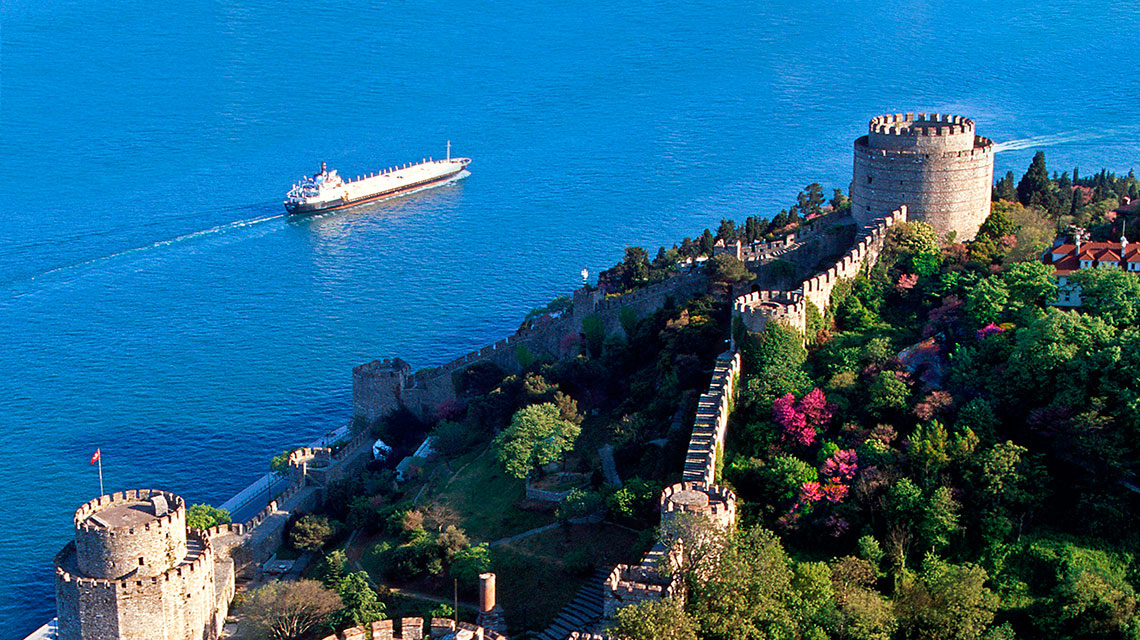 Things to Do in Istanbul

A plethora of historical attractions and landmarks attract millions of tourists every year. Even if you are on a budget, there is plenty to see and do. Our top recommendations are below, and you can find suggestions in our articles about….

1: Uncover marvellous historical frescoes at Hagia Sophia, a former church, mosque and now Turkey’s most famous museum. Sitting just across from it, Sultan Ahmed Mosque, used by Ottoman royalty is nicknamed Blue Mosque because of the tiles inside. Read about their architecture and why everyone should see them at least once in a lifetime.

2: Enjoy spectacular sunsets from Galata Bridge measuring an unprecedented 490 metres. Restaurants underneath the bridge host fish and seafood restaurants but we recommend heading across to Galata Tower. Used over history for various purposes, it is the best place for a panoramic view over the Golden Horn. They also hold popular Turkish nights in their top-floor restaurant. Learn about famous buildings in Istanbul to visit.

3: Dolmabahce Palace, last home of the Ottoman sultans before their empire was disbanded is steeped in history, culture, beautiful décor and stunning architecture. While Topkapi Palace, first home and capital ruling centre of the sultans when they invaded Constantinople, is the oldest building of this style in known existence. Both are worth seeing, and this article lists two more Ottoman palaces in Istanbul.

4: The Grand Bazaar, one of the world’s largest markets is an intriguing exploration of corridors and mazes holding 3000 shops. It is the best place to buy souvenirs but don’t forget to practise the traditional Turkish art of bartering.  Naturally being a large city, there are many markets to visit in Istanbul.

5: You may think a large city is drab and bland, yet you couldn’t be more wrong about this metropolis. Colourful Istanbul is your exploration into iconic houses, street art, pretty parks and quirky places brightening up the city.

6. Watch over Istanbul at Maiden's Tower - full of love and romance, Maiden's Tower dates all the way back to 419 B.C. and has served Turkey well ever since.

7. Free entrance to the Suleymaniye Mosque - beginning in 1549, the Mosque has undergone several restoration projects over the years to become one of Istanbul's greatest landmarks.

8. Topkapi Palace - the centre of a kingdom - the oldest building of this style in known existence, this palace is a must see and is home to vast amount of history of Istanbul.

10. The many faces of Galata Tower - used over history for many purposes and rebuilt several times, Galata Tower is Turkey's immovable tower offering a great view of Istanbul.

11. Sultan Ahmed Mosque, the Blue Mosque - gain an insight into the ancient Mosque that is still used today, known as the Blue Mosque due to the enormous amount of blue tiles found inside.

12. The Museum of Modern Art – Istanbul - spend a day marvelling at the stunning art on display at the Istanbul Modern, whether you're an art lover or not, there is something here for everyone to appreciate. 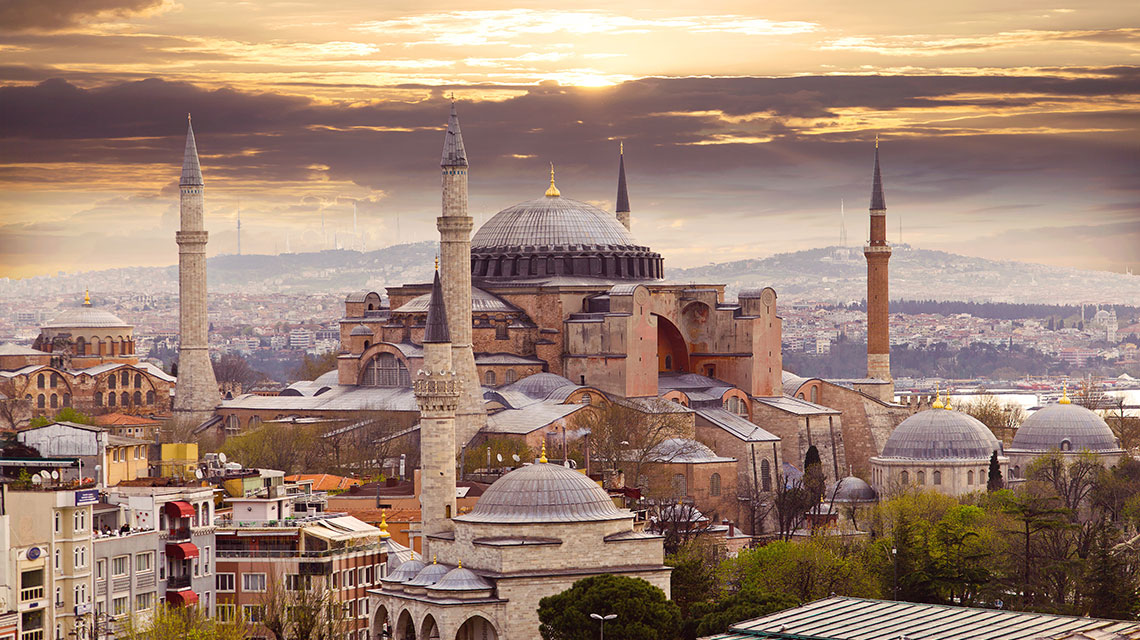 Buying Property and Living in Istanbul

Istanbul has the largest expat population in Turkey. This is no surprise given it is a business, education and tourism hub. Keeping in line with its growth, its real estate market altered drastically over the last twenty years.

High rise residences have changed the fabric of social communities as they replaced shanty towns. Including new builds featuring the latest architecture, residents tap into a range of facilities including landscaped gardens, swimming pools, saunas, gyms, security, and shops.

Many high-rise residences are in outskirt districts because as the population grows, the need for housing increases. The bonus is low prices per square meters, and many foreign investors are taking advantage of low prices to capitalise on the city's growth prospects.

If you want to know more about Istanbul, explore our blog here. Alternatively, if you plan to buy real estate, contact us to arrange a viewing trip or see our portfolio of apartments and villas for sale in Istanbul. Just fill in the enquiry form on the same page to receive details about any particular home. 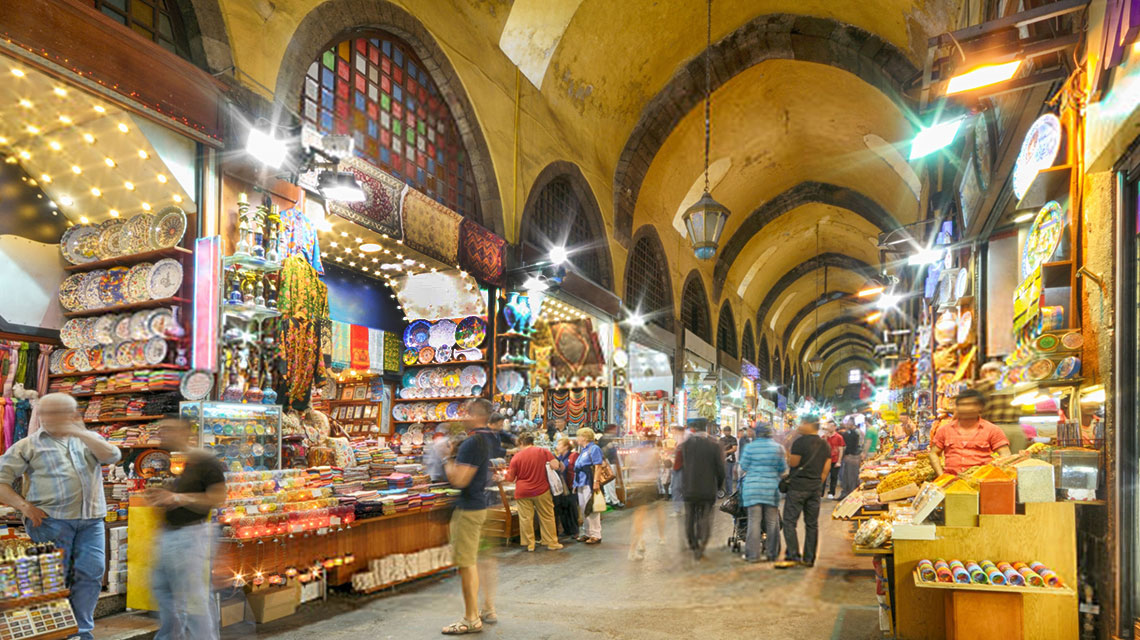