How to buy property in Turkey using cryptocurrency?

Step 1: Buyers can exchange their Bitcoin, Ethereum, or cryptocurrencies that they have into USDT and then send that to Property Turkey’s corporate wallet account registered in Turkey.

Step 3: Property Turkey will cash your USDT into Turkish Lira or USD or Euros and put the money into your bank account in Turkey in order for you to pay the developer or seller for your new property.

With cryptocurrency growing in use and popularity, Property Turkey is pleased to announce we’re rolling out Bitcoin and other coin purchases for a number properties on our portfolio, says director Cameron Deggin.

Bitcoin is a cryptocurrency - a digital currency using encryption techniques to regulate funds - that’s exploded in value and use since its 2009 inception. Bitcoin appeals to users because it’s bank-free and anonymous. With 100,000 merchants around the world accepting Bitcoin, the cryptocurrency can be used to buy everything from hotel rooms to pizzas, and of course, real estate.

Bitcoins are stored in a digital wallet in the cloud, or on a user’s computer. The digital wallet is like a bank account, allowing users to complete transactions, pay for goods or save their money. Bitcoin has been subject to fierce trading, and the price of the cryptocurrency skyrocketed into the thousands. Its potential for anonymous, free transactions and international payments mean Bitcoin is most likely here to stay. 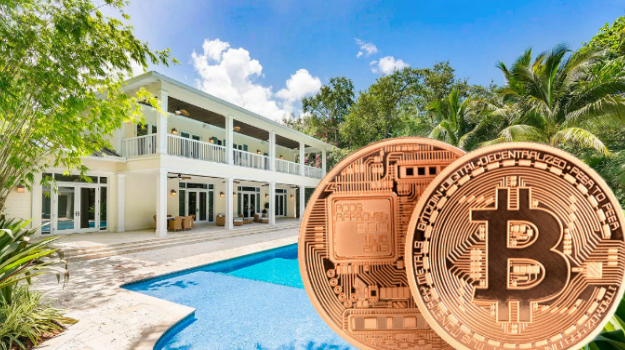 Why buy property with cryptocurrencies?

Property Turkey director Cameron Deggin says cryptocurrencies like Bitcoin allow for faster transactions than ever before. “I think it will become a long-term means to buy property,” he says.

Once everything’s signed, the transaction is completed online or through an app, which means both ease and speed, a significant draw for foreign buyers.

Some buyers will be hesitant to deal in the cryptocurrency as it isn’t legal tender. However, Deggin says this grey area works in its favour. “Bitcoin isn’t subject to the same rules and regulations of local currency, which appeals to some buyers.”

Buying property in Turkey with Bitcoin?

Deggin says the introduction of Bitcoin as a way to buy Turkish real estate is a game changer, especially in the fast-moving Istanbul investment property sector.

Like others in this sector, Deggin realised the potential for Bitcoin in the real estate sector when an Isle of Mann firm announced buyers would be able to buy units in its $325 million luxury Dubai development with the cryptocurrency. The Knox Group’s large residential project was the first on this scale available for purchase in the cryptocurrency.

It was a bold move, and everyone from estate agents to finance and economy experts sit up and take notice, because the move indicated that Bitcoin had moved away from being a novelty currency to gain mainstream acceptance.

The publicity surrounding the Dubai development meant a few investors began to question him about Property Turkey’s cryptocurrency policy. These investors are sitting on great reserves of US dollar, but with the dollar losing ground they’re looking for other alternatives: so real estate is a focus, as well as cryptocurrencies.

“When a couple of investors asked about Bitcoin, we thought, why not join the revolution?” 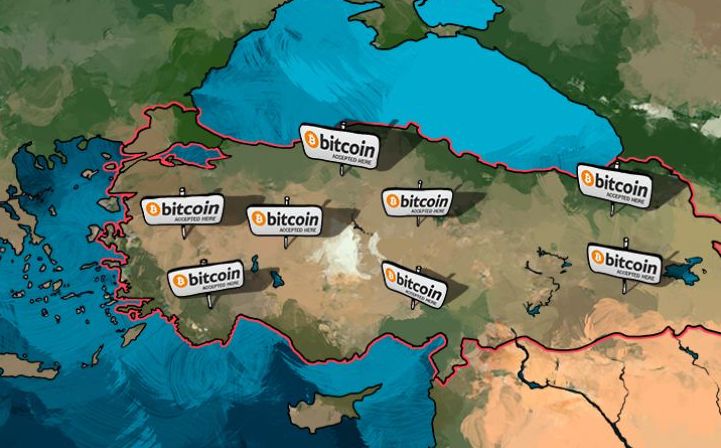 The Turkish government views Bitcoin with skepticism, with many ministers not believing that cryptocurrencies have any part to play in future global trade. In 2013, Turkey announced that Bitcoin was not considered a currency, and the country’s Economy Minister has deemed it a “pyramid scheme.”

However, as more and more Turks begin trading in Bitcoin, it’s likely the government will likely be forced to take Bitcoin seriously. Taxation is a big question mark, but first the government needs to decide whether Bitcoin is a commodity, or a currency.

“There is concern among buyers about Bitcoin’s lack of regulation, and a lack of understanding about Bitcoin taxation,” says Deggin. “While the government decides how it will tackle cryptocurrency, we’re treating Bitcoin purchases the same way as purchases made in lira, euros or dollars.”

This is a selection of the properties we have available for Bitcoin purchase. Please contact us if you have any questions.