Kemer sits within the Antalya province of Turkey at the foot of the Taurus Mountains. Steeped in history and strong culture, the divine location means expats and tourist cannot get enough. Kemer has a natural beauty with the sea, forest and mountains interspersed at a point, giving a collaboration of stunning blue seas and crisp green coloured forests. Kemer's history dates from 690 BC, and since the 3rd century, the town was an important maritime and commercial sea trading port.

In the 12th century, the Ottomans took over the rule of Kemer, but by the early 1900s, increasingly more people settled in Kemer. Until 1910, Kemer constantly flooded with water from the mountains and moors, so residents built stone walls to protect themselves from the flooding, hence the name Kemer. The town gained official status in 1968. Since then, it has gone from strength to strength and is one of Turkey's top tourism centres.

Information about Kemer in Antalya

Kemer's climate is hot and dry in summers and warm and rainy in winters, with an average of 300 days of sunshine per year. The seawater temperature is 10-12 ºC in winter and 27-29 ºC in summer. These figures mean residents swim in Kemer for eight months. The area becomes a hive of activity in summer as visitors from all over come to bathe in glorious beauty. March and May, the spring period, enjoy almost perfect weather. March is excellent, with April warming considerably into the low 20s. An average high for May is around 25c. Rainfall still occurs but is little to none as the season progresses, and sunshine levels get higher and higher towards summer.

Summers get extremely hot, with July temperatures reaching a high of 42c and nighttime falling no lower than 25c. These temperatures continue well into October when the temperature range of 25c to 30c is normal. Winter starts rather abruptly, usually in December when daily high temperatures between 13c and 20c will be seen, dropping to as low as 7 degrees in the evenings. January is the coldest month. It usually rains in late winter, just before spring arrives. Kemer records 300 days of sun and clear blue skies every year.

Until the beginning 1980s, the primary source of income was agriculture and animal husbandry, citrus production, pomegranate, and greenhouse cultivation. In 1987 though, residents embraced international tourism. With an increase in land prices, farmers sold many agricultural areas to tourism companies or hotels. As a result, the district's economy relies primarily on tourism, as seen in 23-holiday villages, 127 hotels and 36 pensions. Today the colourful, busy resort town has many hotels, summer events and a long stretch of coastline with Blue Flag beaches.

Transport in and Around Kemer

The region surrounding Kemer only became accessible during the 1960s when the first road was built. A minibus runs from Antalya Bus Station to Kemer every ten minutes. The bendy highway is parallel to the sea, the scenery is beautiful, but drivers must be careful, especially at night. From Kemer, go to the Aegean using the Antalya Finike Road, and from the Burdur direction to Istanbul, Izmir, and Ankara by the E-5 highway. The closest airport to Kemer is Antalya International Airport, about 60 kilometres or 90 minutes’ drive away. Minibuses at the airport run a frequent service.

Things to do in Kemer, Antalya

With a crescent-shaped appearance, Moonlight Bay is in Ayisigi and one of Kemer's most popular beaches. Yoruk Park and the open-air museum intertwine with Moonlight Bay and reflect a natural habitat's local culture. The Yoruk lifestyle, with 700 years of history, is now extinct, but visitors can see ancient folklore. Reach Moonlight Bay by sea and road, or a 10-minute walk from the city centre, and take time out to enjoy the many restaurants. 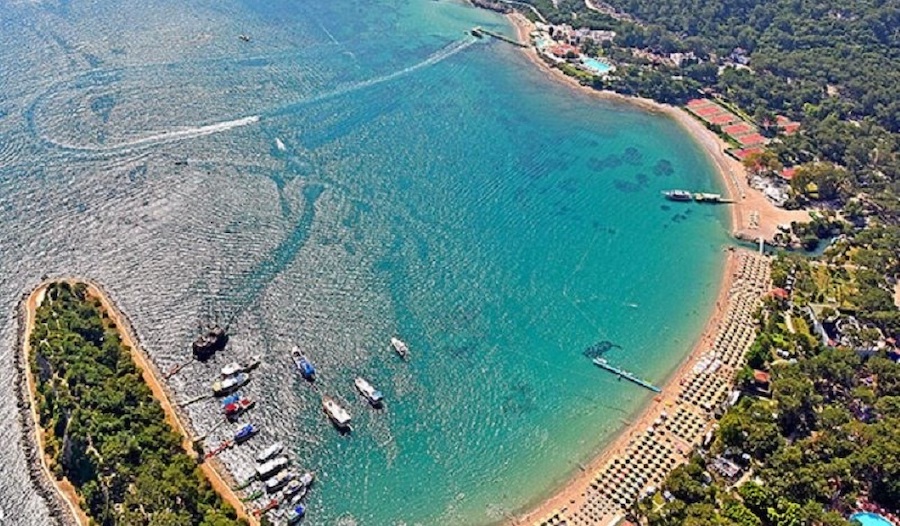 Gedelme Plateau, 18 km west of Kemer, is where local people head in summer to escape the high temperatures and heat. Standing at 700 metres altitude, locals grow apples and walnuts in abundance. Trekking and biking groups love the plateau for the well-posted routes and trails. Here, a well-preserved Byzantine Medieval castle dates from the 9th century. One must-see place when visiting Gedelme is the Cheese Hole cave sitting next to the castle, which is 74 metres. Also, next to the castle, a 2500-year-old Big Plane Tree amazes everyone with a giant trunk. Sometimes visitors stay overnight in hotel accommodation and enjoy numerous restaurants. Gedelme Plateau is 18 km from Kemer.

Research continues into Idyros city since excavations in 1977 unearthed the city ruins. Byzantine wall remains, three-door jambs and a wall resembling an apse was found during the excavations, and church ruins were also excavated here. Mosaics made of orange, brick red, white and grey stones cover the church's floor. Idyros Antique City is a 10-minute walk from Kemer city centre.

Tahtali Mountain standing at 2365 metres, was the Greek Gods Mountain in ancient mythology and is home to the world's second-longest cable car. Mount Tahtali is the perfect nature sports activity area. Mountain bikers also love the mountain's western ridge, which is Turkey's highest paragliding centre and the hiking trails are a must-do.

According to ancient Greek Mythology, the flames that have emerged for thousands of years from rocks were a mythological creature. These days, nobody tells those stories anymore. Instead, they walk the long winding track at night to see the natural flames oozing from rocks and toast marshmallows—a marvel of science and Mother Nature.

6: Other Things to do in Kemer

Take a jeep safari drive through the marvellous Taurus Mountains, with scenic photo stops and a taste of small Turkish villages, their mosques, valleys, and many styles of plantations. History lovers will adore the Aspendos ruins, which is also the Aspendos Opera and Ballet Festival setting. Phaselis, 11 kilometres from Kemer and over 2400 years old, is for either history lovers or those seeking a quiet day at the beach. Kemer's market day should not be missed. Most beaches are mainly stone, although there are a few sand ones. Starting from Beldibi up to Tekirova shore is an entirely natural beach. Kemer Carnival is in June every year and the Camyuva Traditional Oil Wrestling Festival in November. Also, visit Beycik village, a hidden secret from the mainstream tourism scene.

Buying Property and Living in Kemer

Kemer is home to just over 46,000 permanent residents. While the town was originally a small rural town, it grew to be a prominent location in recent years. There are many reasons to buy a villa or an apartment in Kemer, including making an ideal investment, a quick and easy buying process, low expenses and purchasing costs. As a result of high incomes from tourism, there is a shortage of housing due to additional labour force and population flow. This situation means high rents and rental yields.

If you want to become a property owner in Kemer, browse our portfolio of apartments and villas for sale. Each listing contains everything to know, including price, location, home features and contact details to find out more or arrange a viewing. Alternatively, contact us to find out more information about Kemer in Antalya, Turkey. 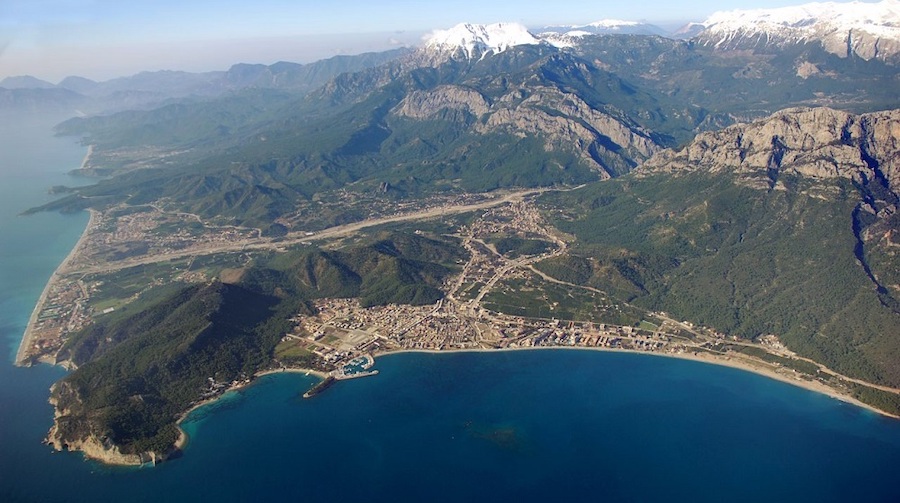