When it comes to learning about Kusadasi, one of Turkey's busiest holiday resort towns on the Aegean Coast, just know it earns fame and admiration for many reasons. This lovely area heaves with visitors during summer who increase the average population tenfold. Kusadasi was always a tiny village; but today is a bustling town jam-packed with shops, bars, and restaurants. There is something for everyone sitting amongst some of the best and prettiest coastal scenery and historical, archaeological sites. 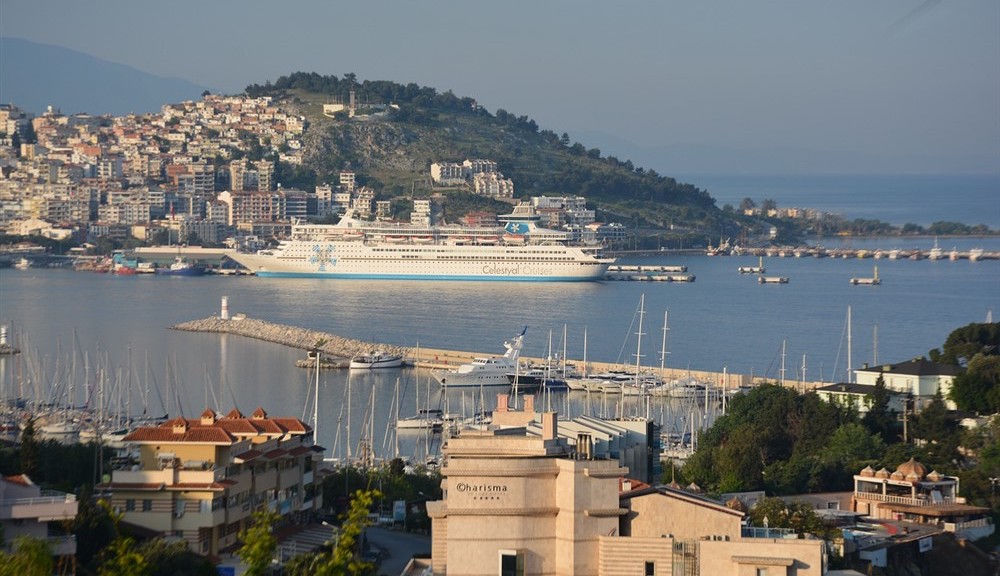 About Kusadasi: Information for Visitors

Use two main international airports; either Izmir International Airport, approximately 80 kilometres away or Bodrum Airport, about 130 kilometres. Once at the airport, reach Kusadasi via tour operator coach if you have a package holiday, private transfer or hiring a cab. If driving, get onto the D515 highway. Otherwise, the central bus station (otogar) runs buses to and from many other places in Turkey.

2: From Day to Nightlife

Tourists from all around the world flock for spectacular beaches, crystal blue waters and a lively nightlife scene in Kusadasi, one of Turkey’s busiest and well known holiday resorts.  During the day, most tourists enjoy the sun, swim, take part in water sports, or explore local tourist attractions, but by evening, they expend their energies at music clubs, dancing until sunrise. Young Irish partygoers love the resort because of the street of bars dedicated to them, with several Irish bars side by side. Many Muslim countries forbid the sale of alcohol, but in Turkey, most restaurants and bars serve alcoholic drinks, to complement Turkey's relaxed lifestyle. Kusadasi tends to be the place for wild, crazy unforgettable nights. However, it is not all partying as others come to enjoy and visit old historical monuments.

Kusadasi's average population of 50,000 people rises during summer when the tourism industry kicks into action. It caters for those arriving by land, but a port for cruise ship passengers who head to Ephesus also sees much traffic. The distant hills feature big hotels and blocks of holiday flats. Old houses near the seafront, some of them converted to bars and cafes, reflect old Kusadasi, which is now a modern-European looking town. The hills behind feature big hotels and blocks of holiday flats. The building boom that began in the late 1980s is still ongoing today.

The Aegean and Mediterranean coasts enjoy a predictable climate with hot summers and mild winters, the hottest time being July and August when the weather will average 30C and above. Rain showers are rare during the summer months; however, the rainfall is relatively high during the winter. Aydin is the state capital, and Izmir has the nearest weather-temperature to Kusadasi. April through to October is the best time to holiday; although crowded and in the summer's height, temperatures can soar to 45C.

Geographically and climate-wise, Kusadasi offers everything. The standard of living comparable with the UK is dramatically cheaper, up to 50%, which means that you can buy a much better property standard and enjoy a better lifestyle at over half the cost, making Kusadasi a desirable option. Kusadasi seems to be a firm favourite with investors hoping to combine pleasure with profit, with the average investors making a 15-20% profit on Kusadasi property sales in recent years. Many people have made money on property in recent years when investing with the right international real estate company. 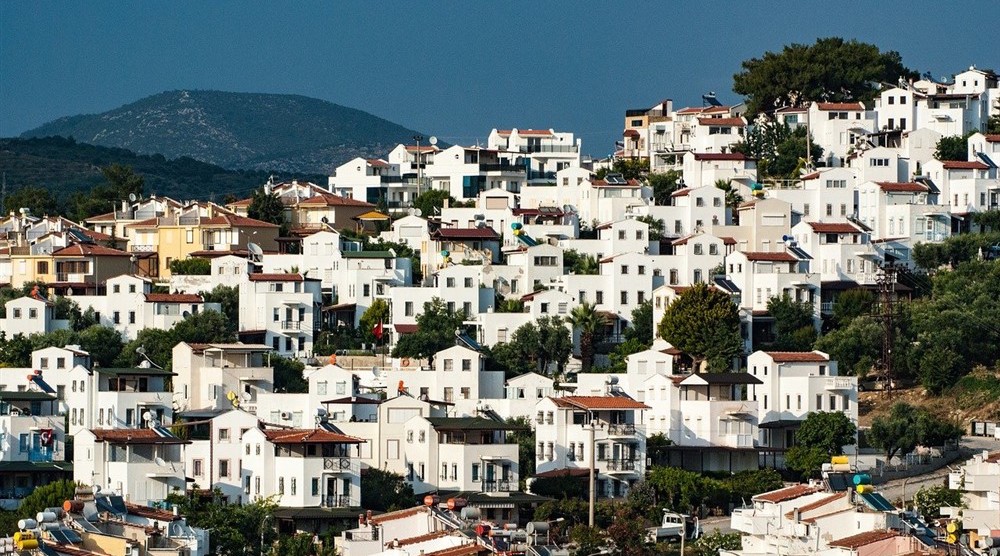 6: Tourist Attractions and Things to Do

Whether you want cultural or religious activities or just some fun in the sun, there are many things to do. Kusadasi is a vibrant resort offering something for everyone, from exploring to relaxing or bagging some fantastic bargains while shopping. Amongst the many sights and attractions, put the following on your itinerary…

Ephesus Ancient Ruins: Had habitation of this ancient city continued, it would have rivalled Rome. Its importance as a sea trading port also matches its status as one of Christianity's earliest cities. Landmark buildings include the Roman terrace houses, agora market place, grand theatre and the Celsus library.

Pigeon Island: Also known as Bird Island, this is Kusadasi's primary landmark. Visit the old Byzantine Castle or sit and enjoy the stunning panoramic view. The island is also visible when sitting anywhere near the marina's trendy coffee shops.

Adaland and Aqua Fantasy: These two main water parks happen to be the best in Turkey, and families especially adore them. With various rides and attractions, it is possible to spend the whole day there and want to head back on another to continue your fun.

Nearby Selcuk:  Ephesus ancient ruins sit in the Selcuk area, and while many people see them and leave, it is worth sticking around to take in other attractions like Saint John's Basilica and the house of the Virgin Mary.

Kusadasi has a few outskirt beaches but our favourite stretch of sand is the ladies beach area. Buses leaving from the centre head there regularly, and for holidaymakers, it delivers with ample spaces for sunbeds, and many restaurants, bars, and hotels to choose from. For those seeking an adrenaline rush, jump on a jet ski, otherwise, just rent a sunbed, and umbrella and lie back to soak up the Aegean seaside ambience.

Beautiful Places in Turkey: Learning about Kusadasi is much fun, but if you plan to see other areas, this information about beautiful places will be of interest. Discussing well-known sites and landmarks from the east to the west, from the black sea to the Mediterranean, they are all must-visit destinations.