About Turkey Bodrum or Halicarnassus in the old days

Bodrum or Halicarnassus in the old days

To buy a second home, buy-to-let home or retirement property, visit Bodrum in Aegean, Turkey. All life’s modern amenities sit side by side with the rich and storied history of Aegean Turkey to present diversity. Although population counts swell during summer, Bodrum excels in everything all year. And the town owes fame to one man; Cevat Sakir Kabaagacli, the Fisherman of Halicarnassus.

This much-loved Turkish author, was exiled to Bodrum in the early 1920s, and settled here after his 3-year exile ended. Here he wrote his accredited novels and travel documentaries, which later made their way into modern-day Turkish literature. Before entering Bodrum town from Bodrum Milas Airport, a highway sign featuring the Fisherman of Halicarnassus greets us with these words. “As you reach this hilltop, Bodrum will reveal itself to you, do not think you will be the same after that. Like those who came before you, you will leave your heart in Bodrum and go.” But what else is there to know about Aegean Bodrum? 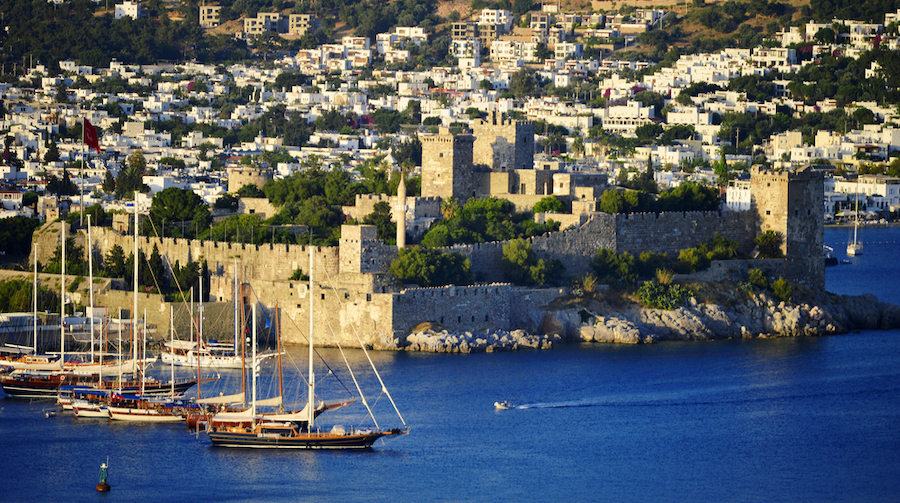 About Bodrum in Aegean Turkey

1: The History and Halicarnassus

Bodrum’s most significant claim to fame in history is the home of Halicarnassus, one of the seven wonders of the ancient world. Built in 350 BC, little remains of this iconic historical structure, but Bodrum’s history doesn’t finish there. Bodrum was a small fishing village for centuries but often raided by other nations. Many temporary occupants contributed to the city with their home architecture, art, and culture. Visit the Castle of Saint Peter. Built by the Knights Hospitaller in 1402, tourists and residents can see the castle almost anywhere. Not only is the castle itself extraordinary, but also see the Museum of Underwater Archaeology displaying early shipwrecks. Also, visit the well-preserved Bodrum Amphitheatre built by the Romans. Windmills near Bodrum Town initially used to grind flour are restored to their original state. Meanwhile, at the Myndos Gate, Alexander the Great was on one side of an incredibly bloody battle to expel him from the city.

2: Nightlife and Eating Out

Bodrum’s geography has neatly divided the city into two distinct areas. The east side features beachfront hotels and apartments and open-air restaurants and bars. Except for tourists working on their tan, this side doesn’t come to life until after 10 p.m. Once the sun sets, seafront clubs come to life with music, drinking and dancing. Some ideal clubs include Kuba Bar and the Marina Yacht Club. Many bars sit on Cumhuriyet Street, also known as Bodrum’s Bar Street. Kuba Bar is great to start with dinner and mellow jazz and move to club music as the night gets later.

Midtown Shopping Centre includes residences, office spaces and plenty of shopping choices. Oasis is another mall shopping choice. Here Brand name stores, significantly higher end, provide excellent air conditioning. The recently opened Avenue Mall features plenty of shopping, food courts, theatre, ice skating rink and other amenities. But, also try traditional shopping as well. The Bodrum Weekly Market sets up twice weekly next to the bus station. On Tuesdays, browse through clothing, towels and other textiles mixed in with designer items. The Friday market focuses on food with fresh fruits and vegetables. Finally, walk the Old Town Bazaar with stalls selling art, clothing, jewellery, and souvenirs. Running parallel to bars and restaurants lining the east side of Bodrum Town, this is where to haggle over prices, for fun.

The Turkish elite adores Bodrum. Over 80% of real estate is Turkish-owned, and Turks are the primary spenders. Turkish businesspeople and celebrities own expensive real estate in Bodrum. This gives Bodrum longevity making the town less vulnerable to trends in international tourism and overseas property segments. Take foreign buyers away, and high-end developers in Bodrum would not even notice fewer sales figures. This is important for overseas property buyers who look to invest in prospering areas. Bodrum presents a year-round modern Turkish city for foreigners thinking about owning real estate.

Even without the late nightlife, the pulse welcomes everyone with open arms. Several new apartment developments are underway, as well as modern luxury villas. Generally speaking, due to Bodrum Town being an older settlement, finding modern properties is not an easy task. Most homes in Bodrum Town were built in the 1980s and early 90s before the renaissance of Turkish architecture into luxury and modern. However, some new and contemporary hillside villas surrounding Bodrum Town provide splendid castles and bay views. See property for sale in Bodrum Town.

6: Other Areas on the Bodrum Peninsula

Ortakent: To learn about Ortakent is to delve into one of Turkey’s favoured seaside resorts. Despite the low-profile international travel reputation, resident Turks adore the beautiful tangerine orchards, Bodrum’s largest shopping mall, and medical facilities. Anyone exploring the Bodrum peninsula would do well to visit the area. The stunning beach and laid-back seaside lifestyle entice foreigners moving to Turkey to choose the town.

Gokcebel: Gokcebel blends old vibes with new influences. Sitting on the outskirts of Yalikavak, mainstream tourism passed by, yet the village garnered favour with foreign buyers who set up homes. The appeal is hard to deny. The low-key reputation keeps the town off the grid, yet within five minutes’ drive, residents arrive in Yalikavak to enjoy more shops, restaurants, and bars. The elevated land status means that in Gokcebel, balconies and rooftop terraces give way to magnificent sea views. There is nothing fast-paced about the lifestyle, so relax, and soak up the Turkish Aegean sun.

Turgutreis: As the Bodrum peninsula’s second largest town and loved by young and old, diversity shines through in its ability to accommodate luxury and budget holidaymakers. In contrast, property buyers love the year-round ambience and summer vibes. Getting there is easy because Bodrum airport, one of three top touristic air travel hubs in Turkey, is just a 60-minute drive away. Bus stations run services from other cities to Bodrum town, and from there, small buses sunbeds and umbrellas or hop on jet skis and banana boats for adrenaline-driven fun.

Yalikavak: Yalikavak on Turkey’s Aegean coast was hidden from the outside world for years. Then mainstream tourism took off, and the town attracted major UK travel companies who sold cheap package holidays to families and groups of friends. Then roughly 15 years ago, Turkey changed real estate laws, and foreigners could legally buy property for the first time. Since prices were low, buyers flocked to the country and some purchased in Yalikavak.

Gumusluk: Cosmopolitan and versatile Gumusluk still maintains traditional vibes and ambience. The tight-knit community enjoys carefree living and long walks on sandy beaches fronted by the blue Aegean waters. In classic Turkish style, Turks welcome foreigners into the community, whether holidaying or living there, so everyone knows your name. The hustle and bustle are non-existent, and with much of daily life focused on the seafront, ex-pats who have spent years working in cities find Gumusluk fits their idea of what retirement should be like. 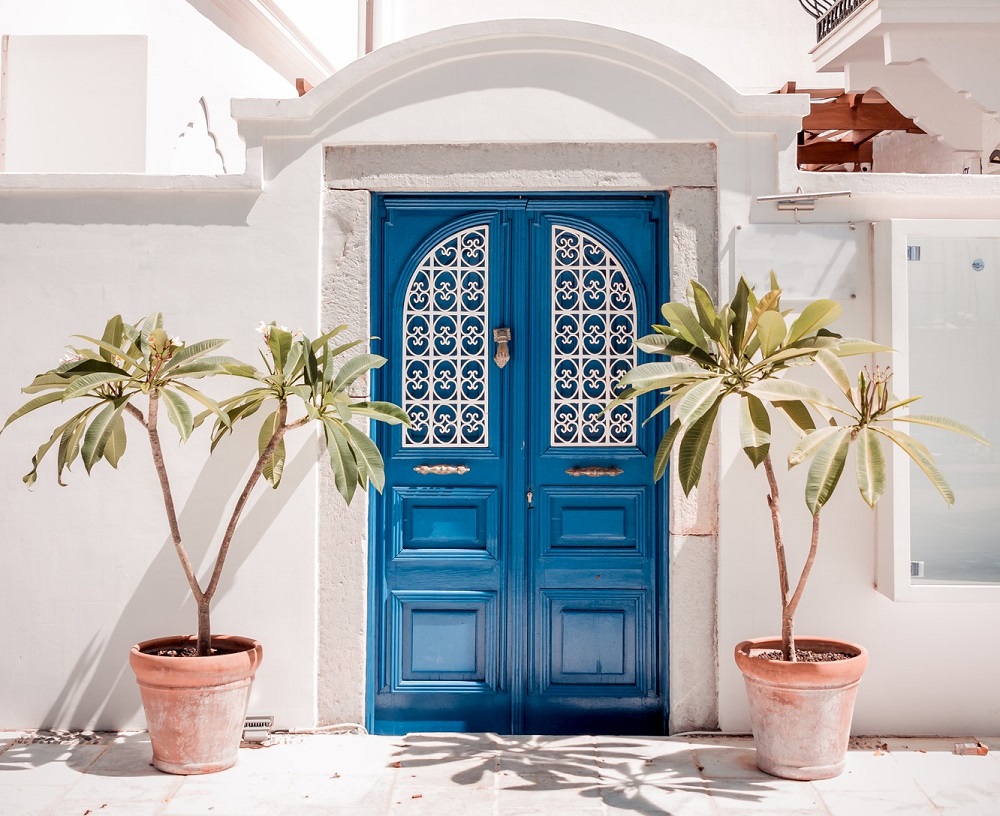