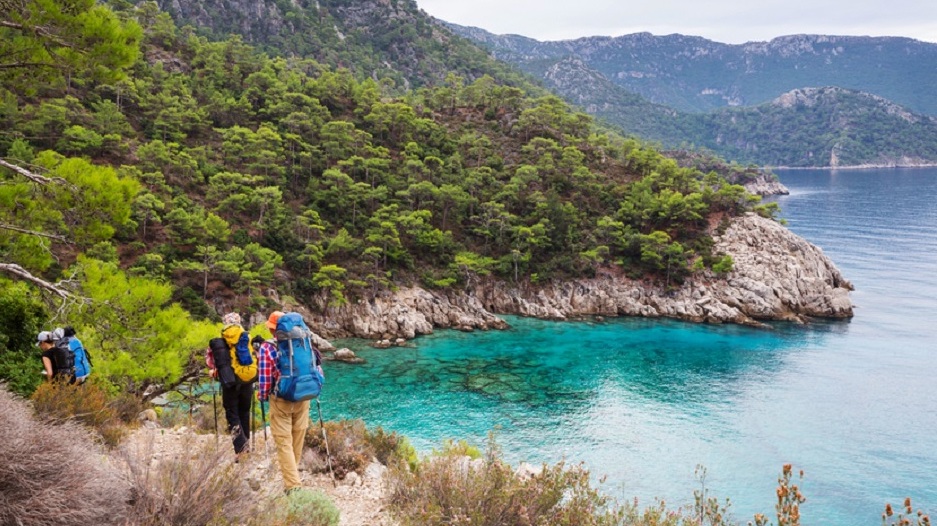 Hikers to Turkey's Turquoise coast will quickly learn to recognise the Lycian way. Ruins from the ancient civilisation scatter around the country's coastline of the Mediterranean-sea. Visitors are often surprised at the well-preserved remains and the fact that they are so accessible through trekking and hiking routes. Lycia was a geopolitical region in what is now Antalya and Mugla on Turkey's south coast. References to Lycia have been found in ancient Egypt and the Hittite Empire in the Late Bronze Age. In short: this is an ancient civilisation that left behind traces through various ruined cities.

These ancient sources make references to around 70 Lycian settlements. Most sit either by the coast or nestled into the sides of mountains. Some are difficult to access, which is a defensive measure, while the coastal port settlements were heavily fortified and defended against the marauding Lycian pirate fleets. The chief cities of ancient Lycia were Xanthos, Patara, Myra, Pinara, and Olympos. Incredibly, travellers can still see most of these cities' well-preserved ruins and will enjoy treks to visit them.

About the Lycian way in Turkey

Lycian citizens inhabited present-day Turkey between Antalya and Fethiye. Their desire for freedom and autonomy led to the world's first democratic government inspiring admiration from the ancient Greeks and even modern-day political scholars (Lycia's government was studied as a possible model for the US government at one time.) While Greece's states were continually battling each other, Lycia's cities enjoyed long periods of peacetime, which allowed the citizens to concentrate on art and culture.

Located at a juncture where Greek culture met the Near East, Lycia developed a unique culture and art style. They were hard-working and prosperous and held fast to their traditional values and customs. They had their language and a unique alphabet until they adopted the Greek language around 3BC. Other traditions that set them apart included using their mother's name instead of their fathers; and allowing a woman to preside over the national assembly held annually at Patara.

The League of Power

The Lycian League is unique in that it is the first known democratic union in history. Despite divisions across geography and outsider attempts to gain power, Lycia's independent city-states were firmly united within the league. The Lycian League operated by sending representatives from each member city to assemblies held once a year in Patara (Patara's ruins open to the public all year round). Cities paid taxes according to their size.

The League controlled communal land, trade rights and marital rights. The right to vote (for men, of course) for your elected assembly representative was staunchly upheld. Lycia's strong union of cities, cemented by its democratic union, is a chief reason the cities survived so long against occupiers and marauders. Even during the Roman period when Lycia ceded its ultimate government to Rome, the League was still responsible for Lycia's religious, economic, and legal matters.

Lycia's founders would have approved of the Lycian Way. Geography divided the former region's settlements, but a common goal and purpose united them. Similarly, the 510-kilometre walk along the Lycian coast links the ancient sites and the varied geography, allowing modern-day walkers a small glimpse into the ancient civilisation that once thrived here. The long-distance hiking trail stretches from Oludeniz, near Fethiye, to Hisarcandir, just short of Antalya. Listed as Turkey's most extraordinary trek, the spectacular terrain varies in difficulty from medium to strenuous.

Backpacking walkers can choose to stay in pensions along the way or, in more remote, steep spots, stay in villages or enjoy camping under the stars. The best time to walk the route is in spring or autumn; otherwise, it is just too hot, but a few shaded sections on the trail alleviate the heat. Hikes on Lycia's ancient sites grow in popularity every year as increasingly more visitors visit Turkey. Lycia's legacy must be protected in the face of increasing tourism, so future generations of visitors can appreciate the enormous impact Lycia had on modern-day Mediterranean Turkey. 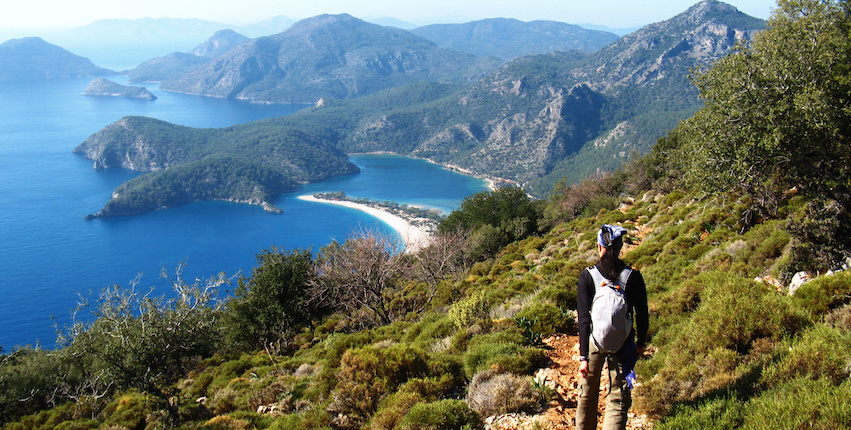 Prominent Places on the Lycian Coast

Today, around 20 principal Lycian sites feature various hiking trails, so prepare your itinerary carefully. The top places to visit on day hikes include Xanthos, a UNESCO World Heritage Site and an ex-Lycian capital. This is 27 kilometres from Kalkan and the Kas peninsula. Letoon was the mystical centre of Lycia, with three temples dedicated to Leto, Artemis and Apollo, the chief deities of Lycia. Letoon is located near Xanthos.

Kekova sunken ancient ruins is an archaeological site with a difference: most ruins sit underwater, surrounded by incredible scenery. The sunken city sitting on island site near Demre is popular with a boat trip and Blue Cruises. Countryside Tlos was one of Lycia's six principal cities. Its relatively isolated but worth the day trip from Fethiye to see its incredibly well-preserved acropolis with its 360-degree panoramic views. Sitting inland, Myra was another principal city and today is known for its rock tombs and the largest Lycian theatre in existence. Nearby you will find the Church of St Nicholas, where the famous saint's remains once lay.

Patara ancient city gets extra points for being on the edge of Turkey's most picturesque beach. Once a major Lycian seaport, this large city had many buildings and the world's oldest lighthouse. A great site, and another of the six principal towns, was also the primary naval and trading port of Lycia. An extensive city with many ancient structures, including what may be the world's oldest lighthouse. Although we also enjoy laying on the sandy beach.

Mediterranean Area Guide: Although the Lycian coast is an exciting Turkish place to hike, there is much more to this coastline than that. In this area guide filled with local information, we talk about prominent places, the Taurus mountain range, things to do, and sailing since the route also covers the Turkish riviera. Lured in by stunning views, you can book a blue cruise or hire a private yacht and get to explore more of Turkey's beautiful scenery like Butterfly Valley and the Blue Lagoon of Oludeniz.

More Hiking Trails in Turkey: If the Lycian route has piqued your interest because of the long hiking, breath-taking scenery, and hidden coves, you will love discovering other places that perfectly display the power of Mother Nature. Hiking along various trails, you will discover more about history, Turkish cuisine, regional traditions, and culture of other parts of Turkey. 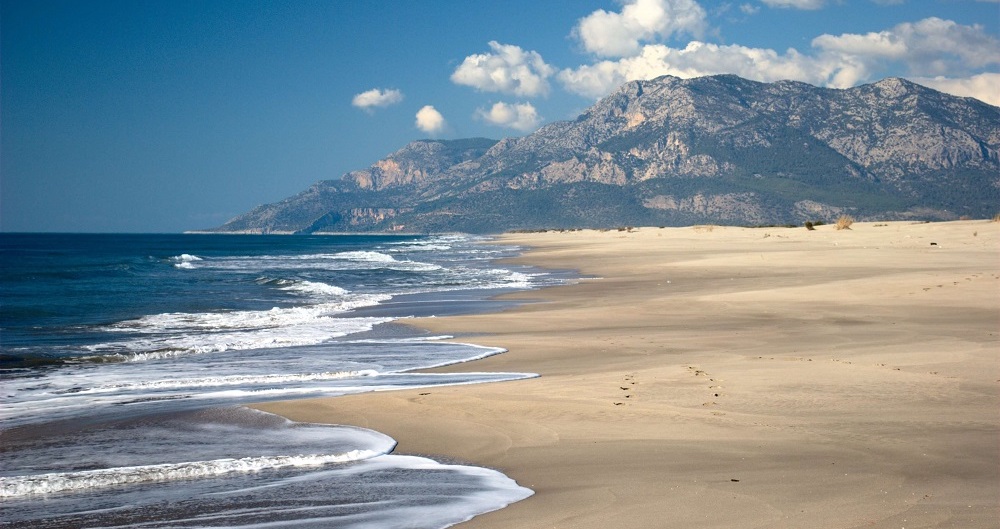