Turkey’s largest city is in the midst of rapid change. Investment opportunities are plentiful, with money to be made - just as long as you know where to look.

We know our Istanbul investment property. In fact, we know the Istanbul property market better than anyone. Here are our picks for next year's Istanbul property hotspots, areas where it's still possible to take advantage of low prices of villas and apartments in Istanbul before property value inevitably heads skywards. 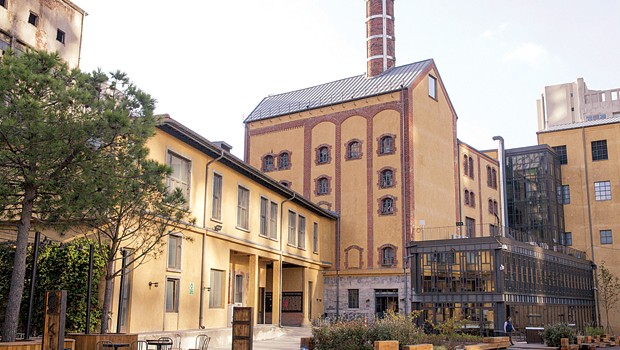 As well as being one of the city’s prime investment destinations, Bomonti has a fascinating history. The Bomonti brothers inadvertently named the area in 1894, when they moved to Istanbul from Switzerland to open the Bomonti beer factory, brewing Turkey’s first beer, a high-quality German brew.

$845,000
1
1
Istanbul
The updated facility they built in 1902 still stands. Although it’s been abandoned for some time, the iconic building is enjoying a new life as a cultural centre, housing a music venue and soon, a brewery.

The new ventures in the Beer Factory after many years of dereliction could be seen as symbolic: new life has come to Bomonti via the ongoing development in the area. What was once an inner-city ghetto is now a vibrant, urban centre, with traditional markets and fascinating cultural events. It’s become one of the city’s prime real estate spots, with luxury developments springing up all over.

Infrastructure has also improved. The TEM motorway connects Bomonti to wider Istanbul, and newly-opened tunnels convey commuters to the central city quickly and efficiently. A ten-minute walk takes you to Taksim Square, and the metro takes you just about anywhere else.

Prices are still low in Bomonti - 45% lower than neighbouring Nisantasi and Levent. However, prices will not stay low forever, which is why the time to buy property in Bomonti is in the next year. 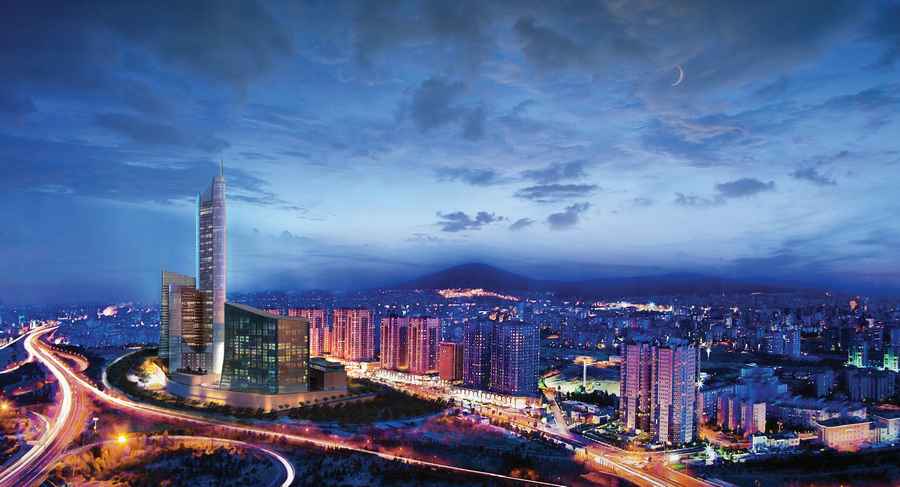 Built on a 170-acre site on Istanbul’s Asian side, the Istanbul International Financial Centre (IIFC) in Atasehir will establish the city as a global finance centre, and help Turkey achieve its goal of becoming one of the ten largest economies in the world by 2013.

Strategically placed between Atasehir and Umraniye, the site offers easy access to the centre of Istanbul, as well as excellent links elsewhere around the city via a new metro line.

It’s not surprising, then, that Atasehir has become a focus for investors. The IIFC is tipped for completion in about three years, during which time construction will continue around the periphery of the site. Prices are still low in the area, but of course tipped to rise.

Atasehir investment property also benefits from its proximity to the elite Bagdat Avenue, a popular high street, and the Asian-side counterpart to the glamourous Istiklal Avenue on the European side. Bagdat Avenue is home to an upper-class residential area, popular with the city’s wealthy, old-money inhabitants. 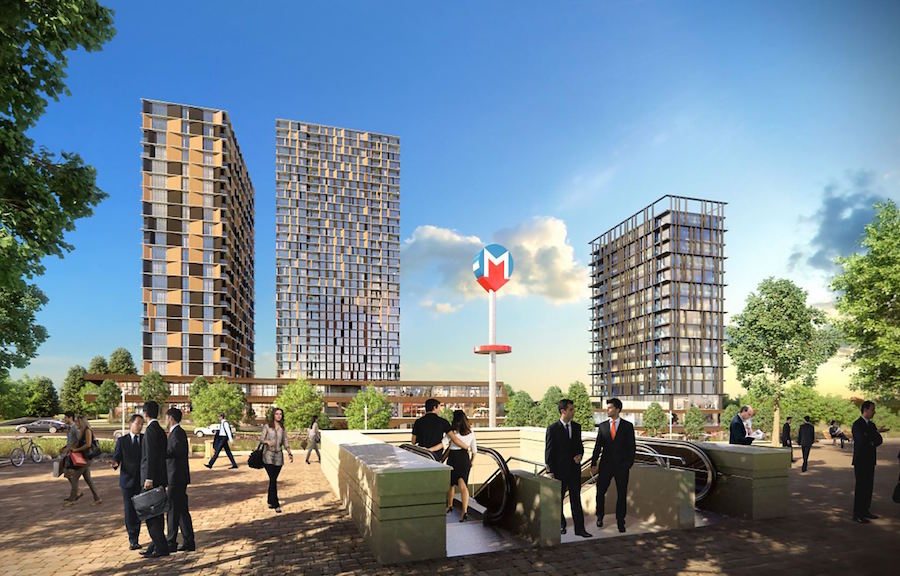 $319,000
2
1
Istanbul
The Basin Ekspres road, or Media Highway, is the principal connection between the two most important Istanbul roads. Basin Ekspres is undergoing great change at the moment, with millions of dollars - including government investment - being poured into developments and local infrastructure.

The area has been declared a business hub, which flags it up as a future finance and tourism hub. The knock-on effect of this is the construction of a great number of hotels and office buildings in the area.

The central location means within ten minutes you can reach Star City, 212 Mall, Mall of Istanbul and Metroport. You’re just three kilometres from Ataturk Airport, and you can also reach the Bosphorous in ten minutes, which means you’ll have the rest of the city at easy reach via the strait’s ferry network.

The Basin Ekspres road has become a city investment hotspot. Prices are still ground-floor, but set to rise as investors arrive cotton on to the opportunities in the area.

The working class neighbourhood of Fikirtepe, in Kadikoy, is virtually being rebuilt, ground up, with illegal homes like the ones you can see in the foreground of the above picture making way for modern, earthquake-proof dwellings. Fikirtepe’s a prime example of the government’s urban regeneration project, and promises to transform the face of the Asian side of the city.

$541,100
3
2
Istanbul
Located in the heart of the Asian side of Istanbul, Fikirtepe is near the waterfront and the famous Fenerbahce Stadium. Until 2014 when construction began in earnest, Fikirtepe was a slum area, with thousands of illegal homes.

In 2014 the government announced that 50,000 housing projects would be built over three years, generating billions of dollars for the economy. The new Fikirtepe will be a clean, organised modern centre, with impeccable town planning and top lifestyle facilities for its residents.

With excellent metro, road, bus and ferry links to the European side of the city, Fikirtepe has a number of excellent draws for investors - and some of the most favourable capital growth opportunities in the city, with projects priced extremely competitively - around 40% cheaper than neighbouring areas. When you examine other areas where similar regeneration has taken place and see the investor gains over the short and long term, it’s easy to see why Fikirtepe is one of the most exciting investment destinations in the city. 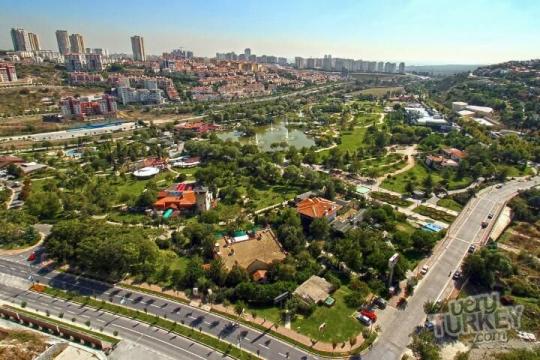 Bahcesehir - the Garden City - is a favourite with the middle classes, who are buying not only the bricks and mortar of property but also buying into a lifestyle.

Located on the European side of the city, between Buyukcekmece and Kucukcekmece lakes on the shores of the sea of Marmara, Bahcesehir is a purpose-built settlement designed with modern city dwellers in mind. Roads are wide and orderly, and streets are clean. There are plenty of green spaces and outdoor-oriented leisure facilities, as well as all the urban facilities you’d expect: malls, medical centres, supermarkets, playgrounds, restaurants and gyms.

$150,300
2
2
Istanbul
Although it’s popular with commuters wishing to escape the hustle and bustle of the inner city, Bahcesehir is well connected via TEM motorway and bus routes - and soon, the Metro system - and residents can be in Taksim in an hour, or at the airport in twenty minutes.

All these attributes mean Bahcesehir’s popularity has increased considerably in the last fifteen years. Today, it’s regarded as a luxury residential district favoured by mid- to high-income earners. It’s also popular with investors, who are attracted to steady rental income from the professionals who rent in the area, as well as the prospect of capital gains.

Since 2005, Bahcesehir property prices have doubled. However, demand is high, which means doubling of property value will take far less than ten years, making Bahcesehir one of the city’s most desirable investment locations.