For many cyclists, Turkey is still uncharted territory. With thousands of miles of roads scaling mountains, winding around beautiful coasts and wending through dark forests, exploring the country from north to south using your own pedal power is a compelling prospect for the more adventurous cyclist.

Overall, Turkey’s roads aren’t bad - and they’re improving all the time. Read our how-to guide to discover how you can make the most of cycling in Turkey. 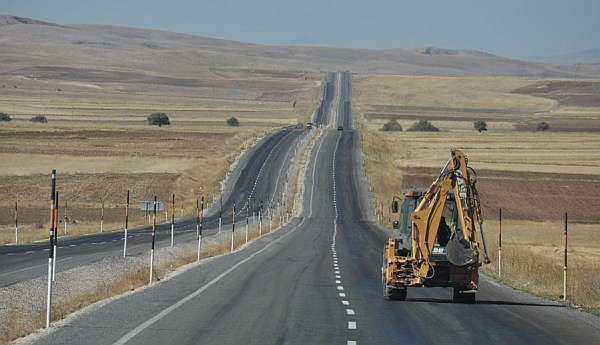 Turkish roads are improving greatly with all the infrastructure upgrades happening all over the country. Four-lane highways are gradually rolling out through the interior, and trucks and the majority of traffic are beginning to divert to these, meaning the minor roads are quieter, making cycling much safer and easier.

However, you’ll still encounter many rough roads. The rough, crushed-stone tarmac that makes up most of Turkey’s roads can be rough going for beginner cyclists, and shoulders can be narrow with uneven surfaces. In the hottest months the roads often melt and you’ll end up with tarry tires. Make sure you get the best tires you can afford: they’ll need to be medium width and durable with good grip.

Traffic can be noisy and aggressive, prepare yourself for a lot of beeping, especially on long, winding mountain roads when drivers will often issue a warning beep as they round a tight corner. You’ll need to be able to ride defensively.

As you travel, ask locals about the road conditions you’re likely to encounter ahead. You’ll find people are curious about you and happy to chat and advise where they can.

The options for cycling in Turkey are as diverse as the country’s incredible landscape.

In the East of the country you’ll find rural roads and incredible sweeping vistas. The roads are quiet, but a bit challenging. Riding along the Aegean and Mediterranean, you’ll find good roads, but lots of traffic and crowds, especially during summer months. In the north, take the road through the the Afyon Valley, on the way to Ankara. The rock formations are beautiful and the views from the high points absolutely stunning.

You’ll find a few bicycle repair shops in larger centres, like Bodrum, Fethiye, Antalya and of course, Istanbul and Ankara. Outside of the larger towns, however, you’ll be hard pressed to find any decent bicycle repair shops. Take as many spare items as you can carry, as well as a good tool kit. And of course, the know-how necessary to carry out at least the basic repairs.

The good news is, Turks are pretty ingenious. If you turn up to a workshop you see along the way you might well find someone who will have a go at fixing your bicycle - or at least provide a temporary fix. 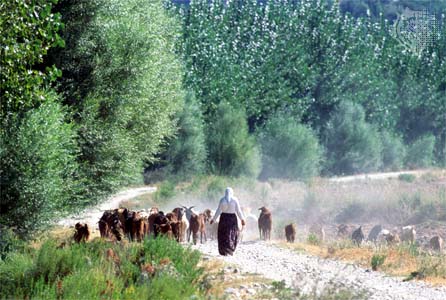 Food is obviously a bonus to anyone cycling around Turkey. As well as being fresh and delicious, it’s fascinating to see the way food changes region by region as you explore the country. An unexpected bonus for cyclists is the profusion of fresh water springs on the roadsides. Water from these springs is potable, saving you from having to buy water as you go.

If you’re on a budget, there are plenty of low-cost hotels available starting at around 18 Euros outside of the large centres. Spending twice that will net you a room with internet and cable TV.

If you’re camping, ask in the local village for a place to sleep. Try gas stations, police stations and farms. It’s likely someone will volunteer their garden, or point you in the direction of a nearby farm. Chances are, you’ll be invited for tea or food - or even invited to stay. Camping is a safe, easy option in Turkey.

For rest - and sometimes shelter - along the way, Turkish gas stations are ideal resting places. You’ll find shade, water, food and toilets - sometimes even a shower. The staff are helpful and willing to assist. You can even pitch your tent around the back.

In 2014 the country's first bike hotel opened in Belek. The Sarp Hotel is designed for professional bikers - or simply those wanting to explore the region by bicycle - the bike-themed hotel has a bike repair centre, specialist equipment and even a healthy menu designed for cyclists. The hotel will host events in the future and is expecting to attract 5000 amateur and professional cyclists to Antalya each year.

The definitive map set for cyclists is the Village to Village Turkey Road Atlas (Koy Koy Turkiye Yol Atlasi), which consists of 200 maps that cover the whole country. You can buy it online from Tulumba.com, or in bigger bookstores in Turkey.

If you’d like regional maps check out the Mapmedya series, also available from Tulumba.com.

If you’re planning to explore the Mediterranean and Aegean coastlines, you can the map set Ancient Lycia, a map specific for this region. You can buy this in Antlaya at Sabri Aydal

You can also use GPS, but beware of its accuracy in lesser-travelled areas. If you’re going the GPS route it’s worth take a map with you to fall back on. 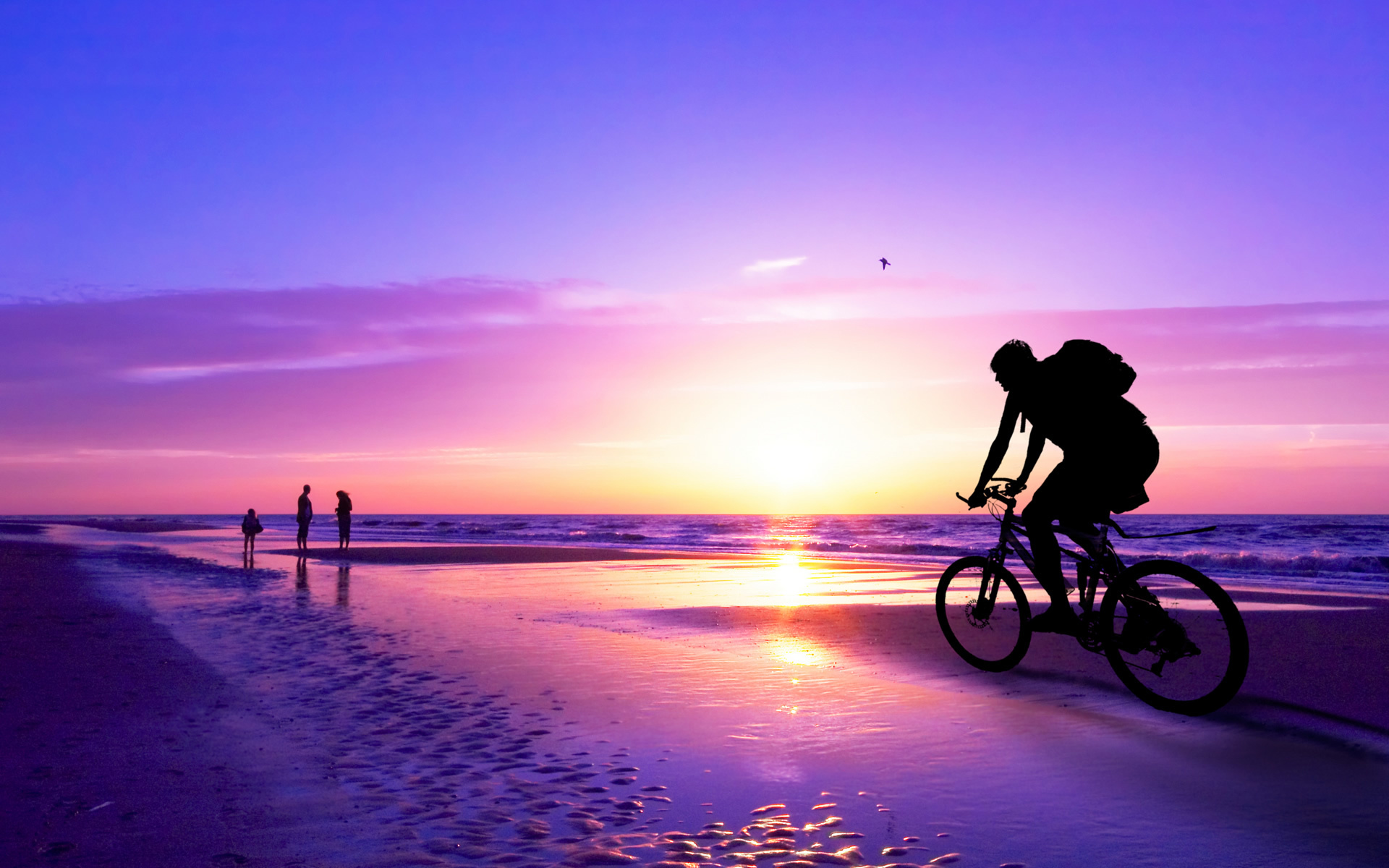 It’s fairly easy to ship your bike via a bus or ferry - but you’ll need to check ahead of time. With buses, for example, individual policies differ from company to company. Some buses will flat out refuse a bicycle, while others will allow you to put your bike in the baggage compartment underneath if there is space (which is why it pays to alert the company a few days before). You might need to remove the front wheel to store the bicycle this way.

On a train it’s doubtful your bicycle will be admitted, although it can’t hurt to ask. Some trains don’t have baggage compartments which makes it difficult to travel with your bicycle.

Ferries are the easiest method of bicycle transport - just roll on, and then ride off.

Turkey is a large country, which means while it might be snowing in the north, the sun will be blazing in the south.

Generally, April to November is generally the best time to explore Turkey by bicycle. However, July to September is extremely hot. Cyclists can work around this by starting their days at dawn and cycling until 11 or 12, then resting for the rest of the day, or starting off again after the heat of the day begins to subside. If you’re cycling in the heat, make sure you drink a lot of water and replace the salts you’ve lost with salty snacks. Wetting your clothes might help, too. A tarpaulin or blanket will provide instant shade in barren areas where there is no tree cover.

While cycling in Turkey could never be described as a relaxing holiday, the rewards for the plucky cyclists that are willing to brave it are incredible.