Property Turkey Blog Why Turkey is a birdwatcher's heaven

Why Turkey is a birdwatcher's heaven

Turkey’s appeal for birdwatchers is that it’s not only home to an incredibly diverse number - 482, at last count - of bird species, as well as a variety of ecosystems and climates, but that it’s on two of the four most-travelled migration paths in the world, the Africa to Europe route. Some of the birds stay and breed here while many are just passing through.

With its high habitat diversity, many consider Turkey to be the best country for birding in Europe. 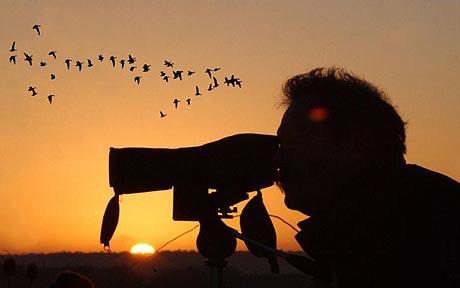 In the spring, migratory birds head north from the African continent to Asia and Europe. In Autumn, they return, leaving their breeding grounds for the long trip south.

One of these migratory routes leads south, from Hopa in Turkey’s northeast, along the Coruh river valley into Eastern Anatolia. This route passes through Kahramanmaras and Antakya in southeastern Turkey. Most of the birds which travel this route are birds of prey. In fact, with 250,000 in this migratory group, this is the largest migration of birds of prey on the planet.

The most spectacular migration in Turkey, however, is the flight of storks down Istanbul’s Bosphorus Strait in Spring and Autumn. During this time more than quarter of a million storks fly over the city in vast clouds.

Wetlands are typically rich ecosystems that support all manner of fauna - including a wealth of birdlife.

The most significant wetland in Turkey is the Manyas Kuscenneti, south of the Marmara Sea. Although it’s just 64 hectares in size, 60 species of bird breed here - more species than anywhere in the country.

Other wetlands to note are Sultansazligi in the Kayseri region, famous for its flamingoes; Izmir Kuscenneti, a coastal wetland with breeding colonies of pelicans and greater flamingoes; Yururtalik, Akyatan and Agyatan are home to wintering waterfowl and the Egirdir and Beysehir lakes, to the northwest of the Taurus mountains, which are rest stops for migratory birds. Tuz Golu, a saltwater lake, is a hotspot for greater flamingoes, cranes, avocets, geese, gulls and other waterbirds.

Turkey is a mountainous country, and its alpine meadows and densely forested slopes are home to a great many bird species. The Kackar mountains in northeastern Turkey are particularly popular with birdwatchers, with a number of woodland and alpine species. Another popular spot is the Soguksu National Park, near Ankara. The Olympos National Park, near Antalya, is a favoured spot as its pine forest contains a rich and diverse birdlife.

Turkey’s mountains are home to species such as the Caspian Snowcock, Alpine and Radde’s Accentor and Red-fronted Serin.

Turkey’s 8000 kilometres of coastline is home to many species of sea birds who live and breed on the cliffs, salt marshes and sandy beaches. Gulls, cormorants and waders are numerous in these areas, as well as lesser-known birds.

The Mediterranean coast is home to more than half of the world population of Rüppell’s Warbler, Olive-tree Warbler, Krueper’s Nuthatch, Masked Shrike and Cretzschmar's Bunting. 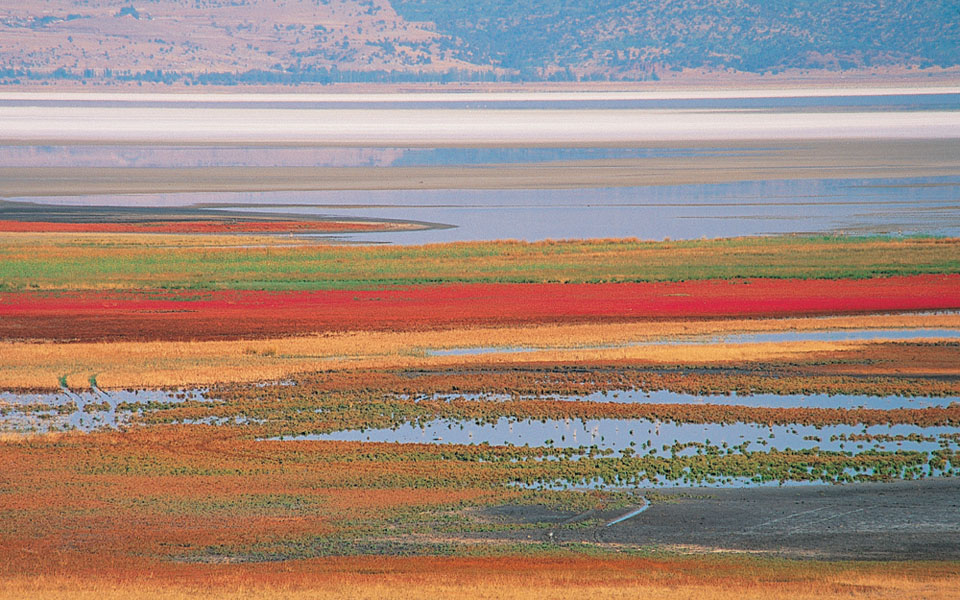 The Turkish government has introduced a number of bird sanctuaries called Kus Cenneti (Bird Paradise) in various parts of the country. Two of the more well known sanctuaries are Kus Cenneti Milli Parki (Bird Paradise National Park) near Bird Lake, not far from Istanbul; and the 14,500 hectare Goksu River delta on the Mediterranean coast, which is home to more than 300 species of birds.

Spring and Autumn are the best times to birdwatch in Turkey. For a few short months, millions of birds make their way across the sea from Africa to Turkey, to breed, nest and hatch their young. Fortunately, being outside of the peak season, you won’t have to fight through throngs of tourists to do so, or perish in the punishing heat.

Birds to look out for in Turkey

With almost 500 bird species to choose from, it’s difficult narrowing down a handful. But here are 10 birds that are commonly right at the top of any birder’s list. 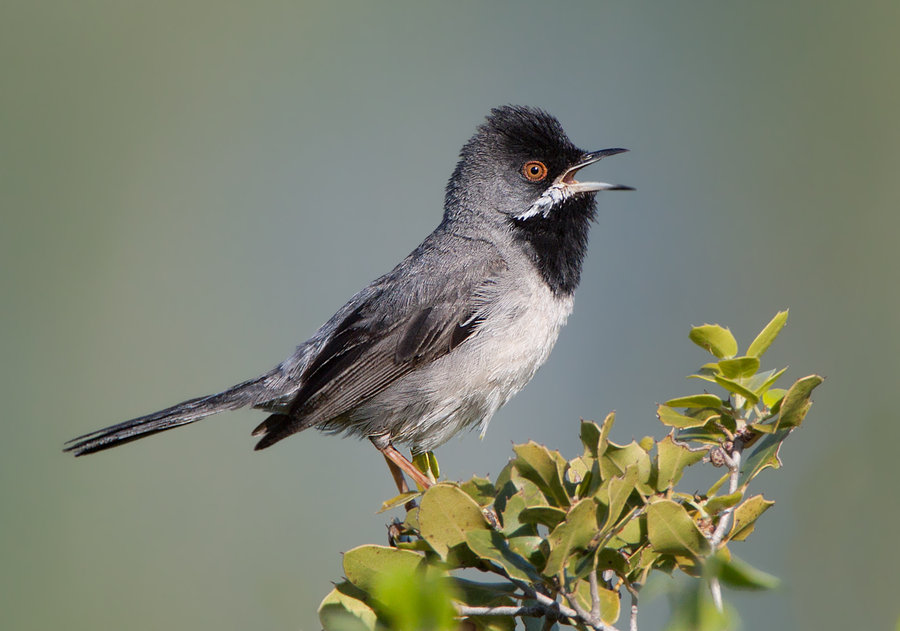 These migratory birds travel from Africa to Europe each spring, stopping to breed in Turkey and Greece. Rueppel’s warbler is plain grey with red eyes, a fine, pointed bill and brown legs. You’ll find this bird dotted along Turkey’s Mediterranean coastline, nesting in thorny shrubs. 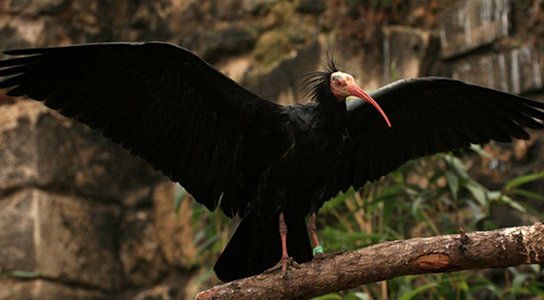 It’s not going to win any beauty prizes, but this intriguing looking bird is sadly disappearing fast from its former habitats across the Middle East, Europe and Africa, giving it top priority on many birders’ lists. The large, critically endangered bird breeds along Turkey’s coast, especially in rocky terrain, laying two or three eggs at a time and feeding on insects and small lizards. 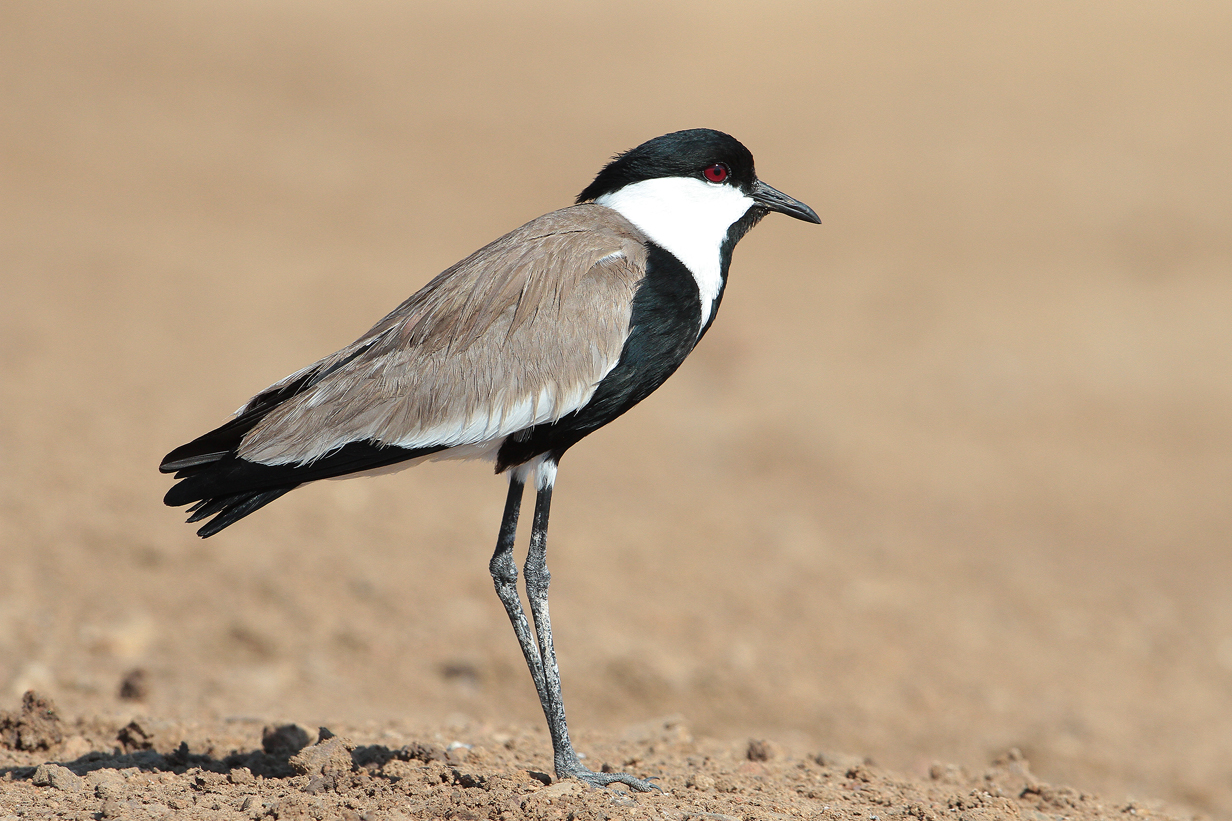 This medium-large, black, white and brown wader is a distinctive looking and noisy bird, recognised by a “did-he-do-it” call. The spur refers to a small claw hidden in each of its wings. The spur-winged plover is found in Turkey’s freshwater wetlands, laying its eggs on the ground and feeding on insects. 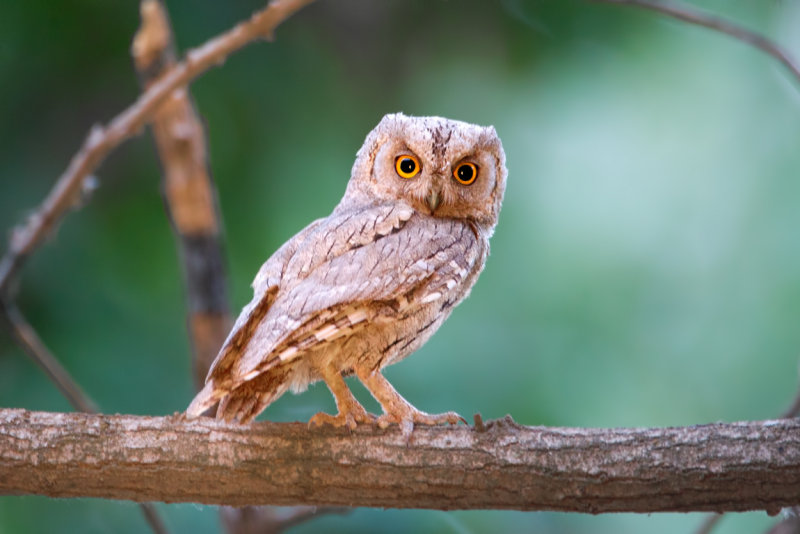 The pallid scops owl is found all over the Middle East to West Asia. It likes semi-open, dry country with plenty of trees and covers a huge amount of ground while hunting for insects, spiders, lizards and small mammals. It’s found in southern Turkey, where it breeds between April and June. 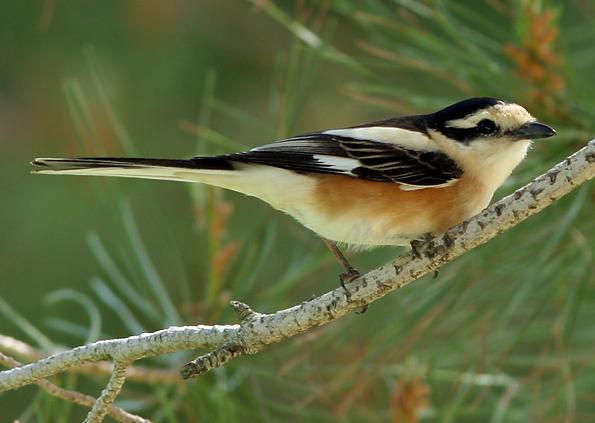 Populations of this striking little bird are declining in its homelands of southeastern Europe and in eastern Turkey. The masked shrike, the smallest of the shrike species, is found in open woodland with bushes and trees. It avoids open country and prefers to nest in sheltered locations, where it builds small, neat cups in a tree. 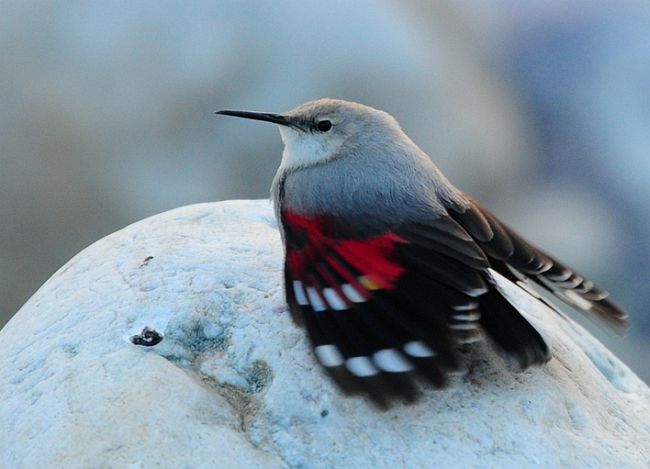 This small bird is found high in the Taurus Mountains, preferring to keep to heights of between 1000-3000 metres to breed, while descending when winter comes. This is a tough bird to spot, sticking as it does to mountain faces. It’s also notoriously shy and territorial, returning to the same breeding spot year after year. 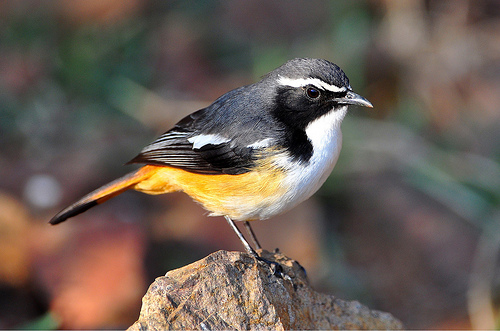 A little larger than the European robin at 16cm long, this migratory species is found on the dry, rocky slopes in the mountains on the Turkish south coast. The males have black faces and white throats, while the females are plainer with mostly grey plumage. This is one of the most sought-after species by birders. 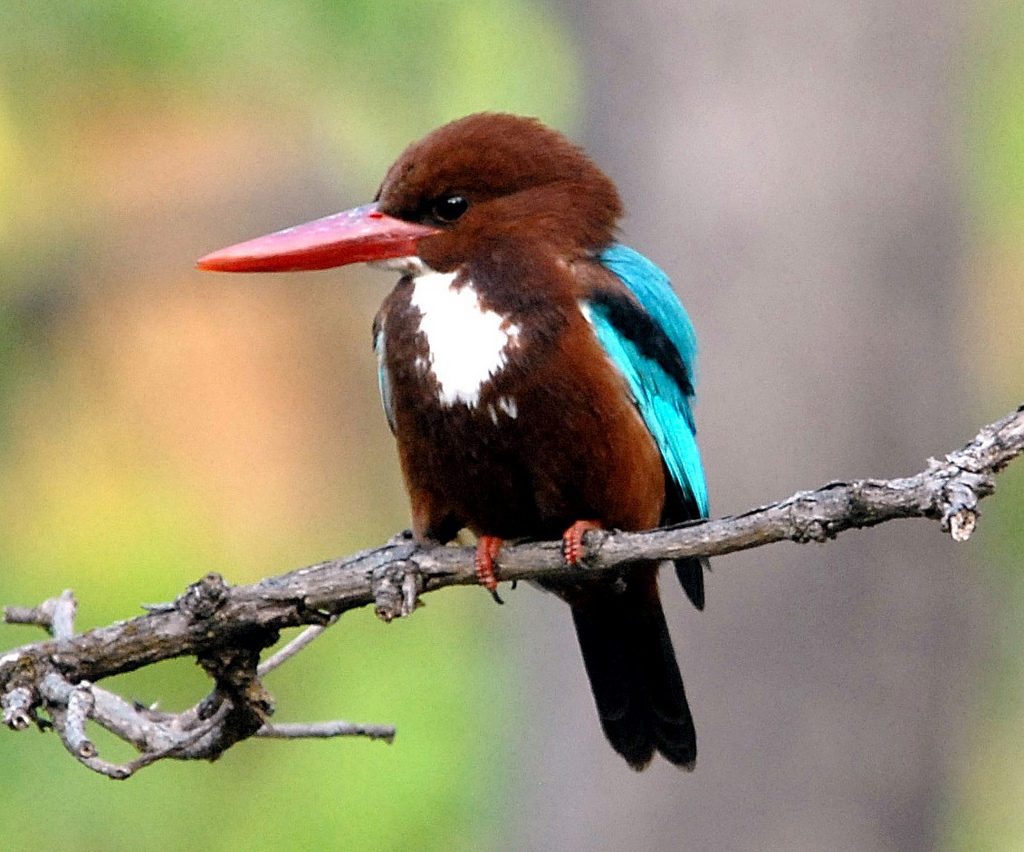 This is a beautiful bird, with strikingly bright plumage. Found all over Asia, from the east of Turkey through to India and the Philippines, the Kingfisher prefers to live away from water in the open plains and sometimes in the mountains, feeding on rodents, small reptiles and even birds. They are noisy and outgoing in the breeding season.