Property Turkey Blog The Cost of Living in Turkey in 2016

The idea of living permanently or part-time in Turkey is still a dream for many potential expats, but the over-riding question asked by many is how much does it cost? Including property, healthcare, running costs such as electricity and essentials such as food, people want to know whether Turkey, in 2016, still gives you more bang for your buck? So, let's take a look at some of the average costs involved.

Looking for more up-to-date information? Check out our blog outlining the cost of living in Turkey in 2017.

Property: To Buy or Rent

The UK Office for National Statistics says the average price of real estate in England has jumped to £288,000. For such an outlay, you could quite easily buy two or three properties in Fethiye or Antalya.

A two-bed apartment in Fethiye on the Mediterranean coast starts at about £35,000, while in the bustling metropolis of Istanbul, that is the country’s prime location, prices skyrocketed by 25 percent in the final quarter of 2015, making a three-bed apartment in the city cost an average of £211,00.

The vast difference in property prices according to the region also applies to rentals with a three-bed apartment in Fethiye averaging about 650TL or £160 a month (taking the Turkish Lira rate at 4TL as at April 14, 2016) compared to 2,800TL (£720) for the same property in Istanbul. 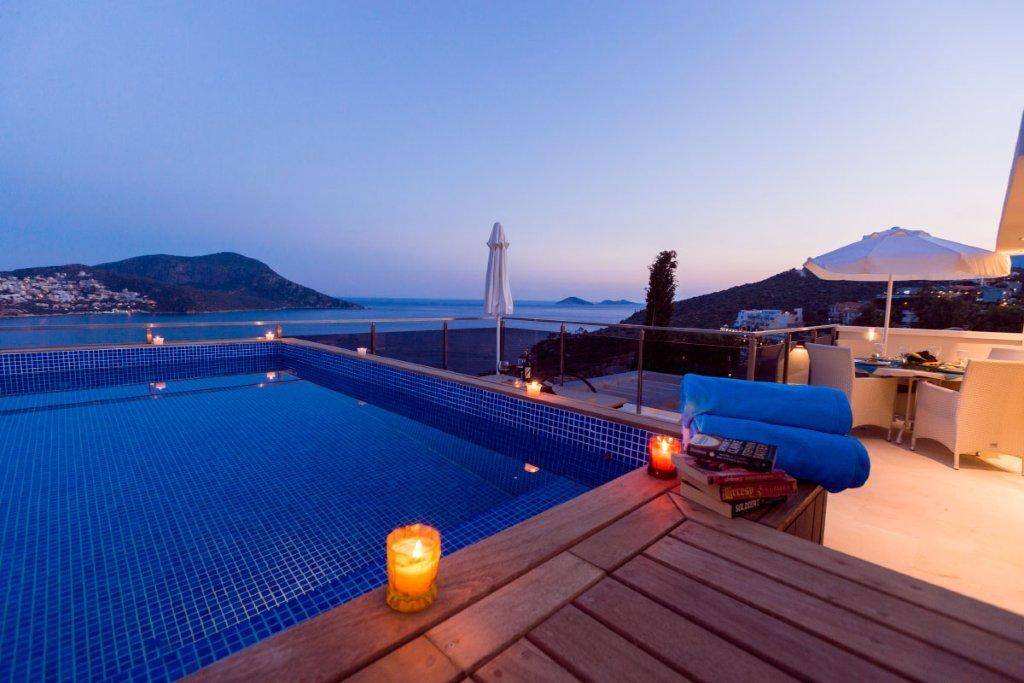 How Much Do Utilities Cost Monthly?

The below figures are taken from the running costs for a three-bedroom property in the coastal resort of Fethiye.

- Water/Sewage: Average monthly costs are around 40TL (£10) a month

- Internet: Pay 60TL (£15) a month for unlimited internet with TTNet, although cheaper deals, such as 300TL installation and 30TL a month, are available from independent operators.

- Property maintenance fees: Properties within a communal complex pay an annual maintenance fee for the upkeep of shared facilities such as a swimming pool. The cost varies depending on the number of apartments and type of facilities, from £60 a year to an eye-watering £400.

- Property Insurance: An average three-bed villa will need house and contents insurance at roughly £50 and earthquake insurance (DASK) that is compulsory for roughly £40.

Those looking to live in Turkey full-time, will need an annual residency permit of which the basic cost is £50, but using people such as a translator, will naturally incur variable costs. Permits are given on condition that the person applying has medical insurance but for over 65s it is free. Alternatively, obtaining a 90-in-180 day tourist visa, costs £12.50, including an administration fee.

Healthcare is a major requirement for many expats but there is no NHS in Turkey, so residents have a choice. They can pay into the government scheme SGK to cover medical operations through government hospitals. This costs for a married couple 395TL (£98.75) per month. If you aren't married, but live together or are single, then you pay 395TL per person. Your SGK will cover a small part of the financial costs if you use private hospitals.

If SGK is not a preferred option, private health insurance shields most people from the high costs of treatment and operations at private hospitals. Costs are variable on a person's age and health condition. A 48-year-old male can be expected to pay annually about 700TL (£175).

Running a Vehicle in Turkey

Food, Drink, Eating Out and Socialising

With inflation hovering around 7.5 percent, the average weekly cost of shopping for two people amounts to about 150TL (£37.50). For smokers, a packet of cigarettes averages about 7.50TL while a beer can set you back about 7TL. Meat, particularly lamb and beef, can be expensive while chicken and fish are relatively affordable. For a three-course meal at a restaurant offering continental food, expect to spend about 120TL, including drinks. However, those looking for delicious Turkish food will be happy to discover that prices are substantially lower, at about half the cost.

Saving Money and Working in Turkey

If you are looking to top up your monthly income with work, be aware that foreigners are working illegally unless they have a valid work permit. A permit can be applied individually or in part with the employer, but costs can vary, running to about £375. However, the minimum wage in Turkey is just 1,300TL (£325), so careful consideration is required as to whether it is worth it.

Many expats take advantage of healthy interest rates for savings accounts. Although the rates are variable on the amounts of money you have in a high-interest TL bank account, expect an average monthly percentage to range between nine and 13 per cent. Banks offer a monthly bonus for the first month, but will revert to their market rates in the end.

While it is hard to declare an overall winner, what you gain on the swings - cheaper utilities, taxes, fruit, and veg - you will lose on the roundabouts - fuel, residency, health care. Careful planning and active money management is the key to success of living an affordable and comfortable lifestyle in Turkey.

Check out our cool infographic comparing the cost of living around the world: