At the turn of the 21st century, significant changes happened in the Turkey that altered daily life and boosted the country in many ways. They affected every sector for the better, and this included the art and culture scene. Already deeply admired but mainly for historical works dating from the Ottoman Empire, domestic and international institutions, and media publications thrust it into worldwide fame through promotion and support for up and coming contemporary artists.

It was a long time coming though, and this was not the first occasion when alternative art in Turkey enjoyed a rebirth. During the late 19th century, a new era of Turkish painters was born but as tradition dictated; they were mainly upper-class members of society. Newspaper and magazines did little to promote art to the middle classes or even other countries, meaning that talent was often stifled or forgotten about. With the help of the Internet and Turkey’s active international involvement in all niches of travel, investment, arts, culture and business, these days, many people are sitting up and taking notice of contemporary art in Turkey.

One name that stands out in the advancement and growing popularity of this area is Vasif Kortun, writer, critic, and curator specialising in contemporary visual art. Having organised numerous exhibitions in Turkey and abroad, he has also served as director of many projects.Undoubtedly though one of his most successful endeavours is the SALT contemporary art institution. Opened in 2011, SALT focuses on helping up and coming artists as well as documenting and archiving details of the contemporary art scene in Turkey in the 21st century. However, who are the contemporary Turkish artists making a name for themselves? 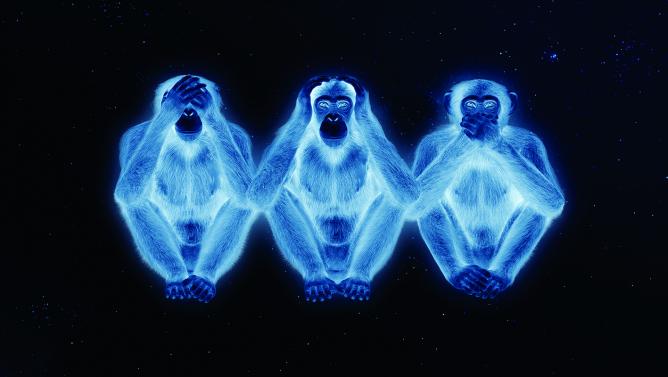 Four Contemporary Turkish Artists Making a Name for Themselves

Now internationally established, Hale Tenger who was born in Izmir in 1960 initially studied computer programming but quickly moved over to gain a master’s degree in ceramic art. Her medium and styles have changed over the years, and this innovative approach has prompted many exhibitions around the world to feature her prominently. A dominant theme throughout her work is femininity and rule making in society. 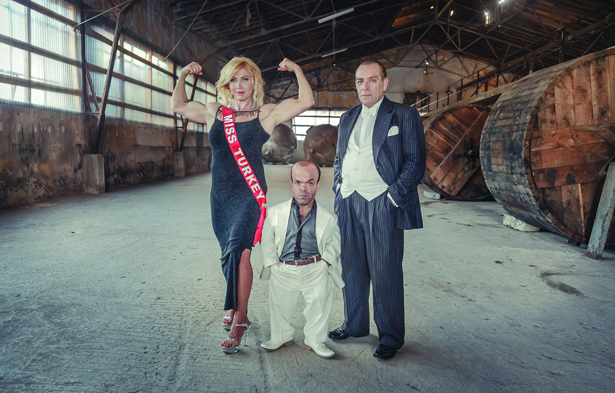 Stemming from the southeast region of Mardin, Turkey, Halil Altindere has been a prominent figure on the contemporary art scene since the 1990s. As well as making film, Halil focuses on resistance to repressive structures and societies. His unique approach is to use everyday items such as bank notes and ID cards in a simple but eye-catching fashion. 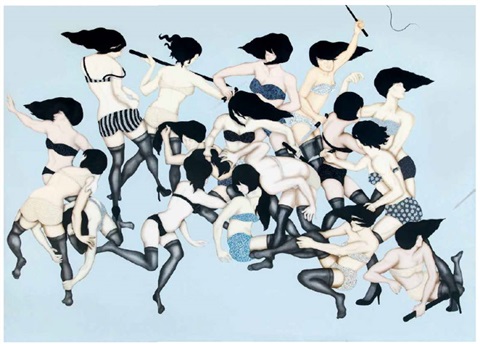 With 16 solo exhibitions to boast about, Kezban Arca Batibeki who was born in 1956 in Istanbul expressed an interest in art from an early age. Also delving into photographer and video, critics say she is one of the most insightful artists of the contemporary art scene in Turkey. One of her most prominent themes throughout her work is the use of the feminine figure depicted in various everyday situations. 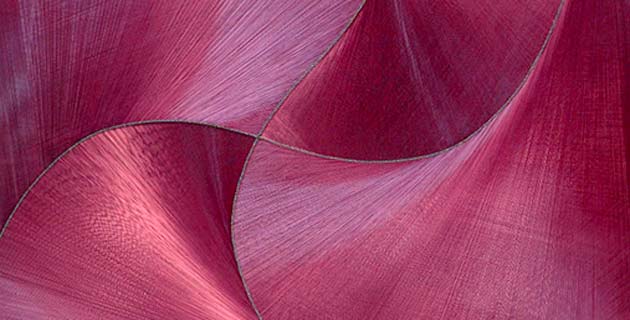 Focuses on 3-dimension pieces, and using unusual supplies such as enamel wire, Gulay Semercioglu still insists she is a painter. Having graduated from the Department of Fine Arts at the prestigious Mimar Sinan University in Istanbul, she had held many solo exhibitions and participated in domestic and international group exhibitions. Since 2008, Gulay has also focused on teaching contemporary art.

Possible the most widely visited art museum is the Istanbul Museum of Modern Art in the Beyoglu district. Opened in 2004, they are highly ranked on Trip Advisor, and the UK’s leading broadcasting BBC Channel featured it. Exhibition themes have included “Habitat,” that focused on various perspectives about the spaces we live in, “Till It's Gone” about nature and ecological issues and “One Hundred Years of Love.” 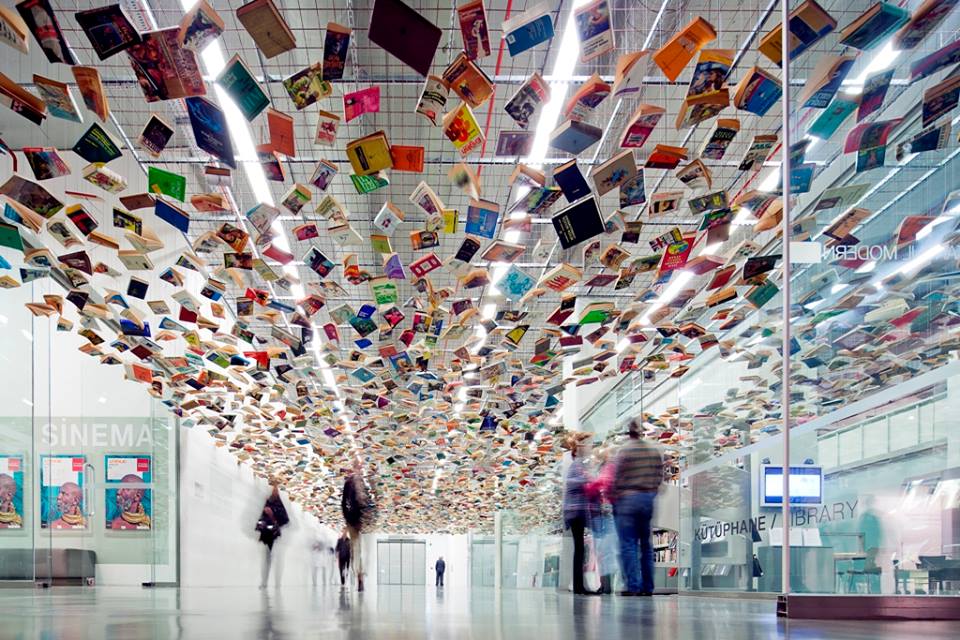 Historical and oriental paintings are the specialty of the Pera Museum, but a section is also dedicated to contemporary art exhibitions such “The Cold Front from the Balkans” that will run until May 2017. While you are there, it is also worth taking a slight detour to the permanent Osman Bey Hamdi exhibition that features the Tortoise Trainer, one of the most expensive paintings in Turkey that sold for 3.5 million USD.

Managed by the Koc Foundation, one of the richest families in Turkey own the Arter Gallery that features solo and group exhibitions, as well as international artists. The non-profit organisation that opened in 2010 on Istiklal Avenue has garnered an esteemed reputation.

Mentioned above, artists decline to call SALT, a museum or gallery but rather an institution thanks to the help, training, and promotion of up and coming artists. Unfortunately, at present, their exhibitions on Istiklal Avenue are closed, but their Galata branch is still open. This is also the office of the SALT Research Project that archives artistic production since 1960.

Also sitting in a historical building on Istiklal Avenue, a street famous for its shopping and fine Istanbul apartments, Misir Apartment was previously a favourite hangout spot for great members of society but these days hosts numerous exhibitions. As well as focusing on Turkish contemporary art, they have featured Canadian, European, and Japanese. Each floor is occupied by various galleries including PI Artworks that focuses heavily on promoting Turkish artists to the rest of the world and particularly the UK, where they have another branch in London.

About the Istanbul Biennial

Running since 1987, the annual Istanbul Biennial is a key event in contemporary art, not only Turkey but also the rest of the world. Their website says, “The Istanbul Biennial plays a significant role in the promotion of contemporary artists not only from Turkey but from different countries in the international arena.” Aiming to connect artists from different cultures with the audience, it also focuses on an educational program, panel discussions, conferences, and workshops. Usually running for the whole of October, and promoted by the Istanbul Foundation for Culture and Arts, it is an exciting event if you have a passion for contemporary art, and allows visitors a way to invest in Turkey 's rich culture.

Perched just above West Marina in Istanbul is this spectacular project of apartments and villas for sale at competitive prices in an area fast developing as a getaway spot for those looking to escape from city centre life to a peaceful abode with amazing views.

Located just a stone’s throw away from West Marina are these expansive apartments offering a spacious living environment for those with children. These properties form part of an incredible city within a city project and cater to your every want and need.

Investment opportunity close to Atakoy Marina in Istanbul, this project offers a range of apartments and excellent on-site facilities. Set for completion in 2018, prices will rise dramatically, making the time to invest right now.