Top 10 places to visit in Turkey

Turkey has a diverse and vibrant culture. Rich in stories, history, landscapes, beaches and mountains. Rich in festivities, shopping attractions and delicious cuisine. It is the ideal country if you are looking for fun, joy and some madness.

You will wonder from where to start? Which areas to visit first? To help you out, here are the top 10 places to visit in Turkey: 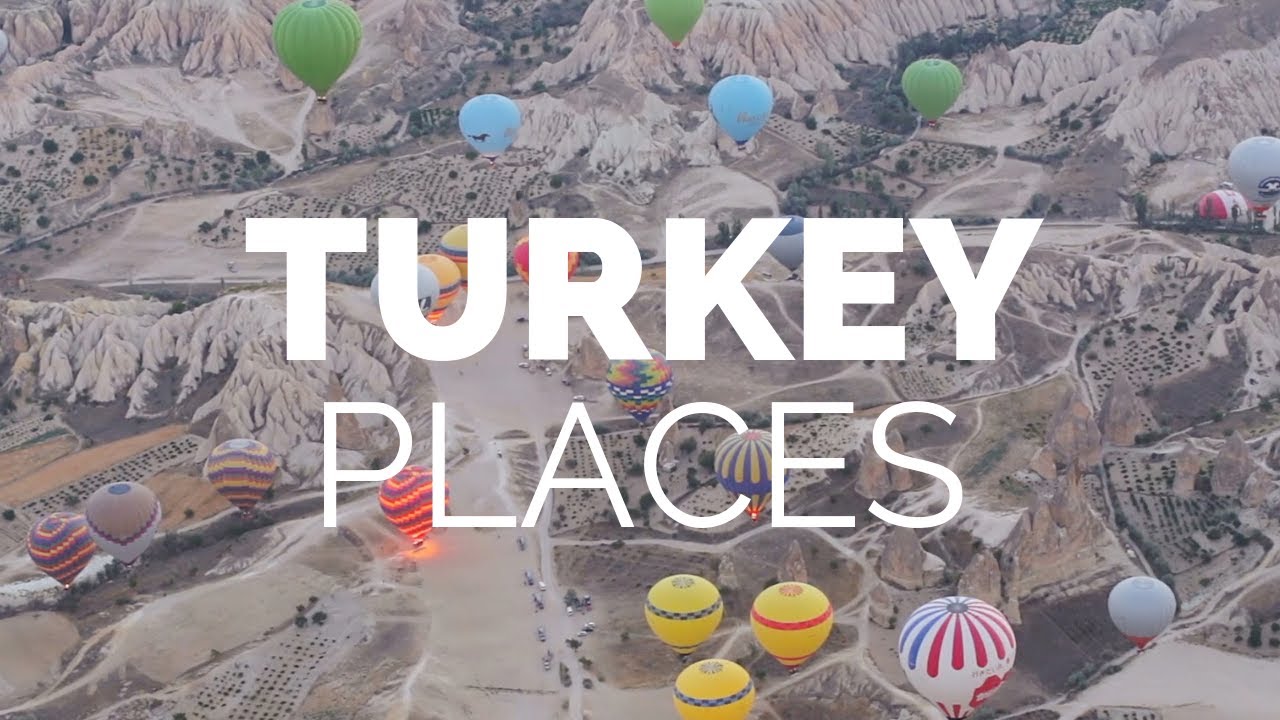 Istanbul is known as the capital of the Byzantine and Ottoman Empires with an abundant number of historical monuments spread around the city. It is divided into two parts, an Asian and a European side. The city is characterised by its magnificent architecture and glorious historical sites. In Istanbul, you will experience all sorts of routines, the modern western lifestyle and night life, the family-oriented atmosphere, the mystical and spiritual attractions, the traditional and local attributes of a busy, fast-paced, modest city. You will be surprised to find everything you are looking for and more in this magical city.

2. Cappadocia, the Epitome of Beauty

Located in the centre of the Anatolian region, Cappadocia is a wonder of geology. It is famous for its splendid areas, unusual range of hills, which are all formed due to volcanic eruptions in this region. Inside this earthly atmosphere, beautifully designed houses and churches have been built. Some of these exotic houses are used as hotels to accommodate an excessive amount of tourists. 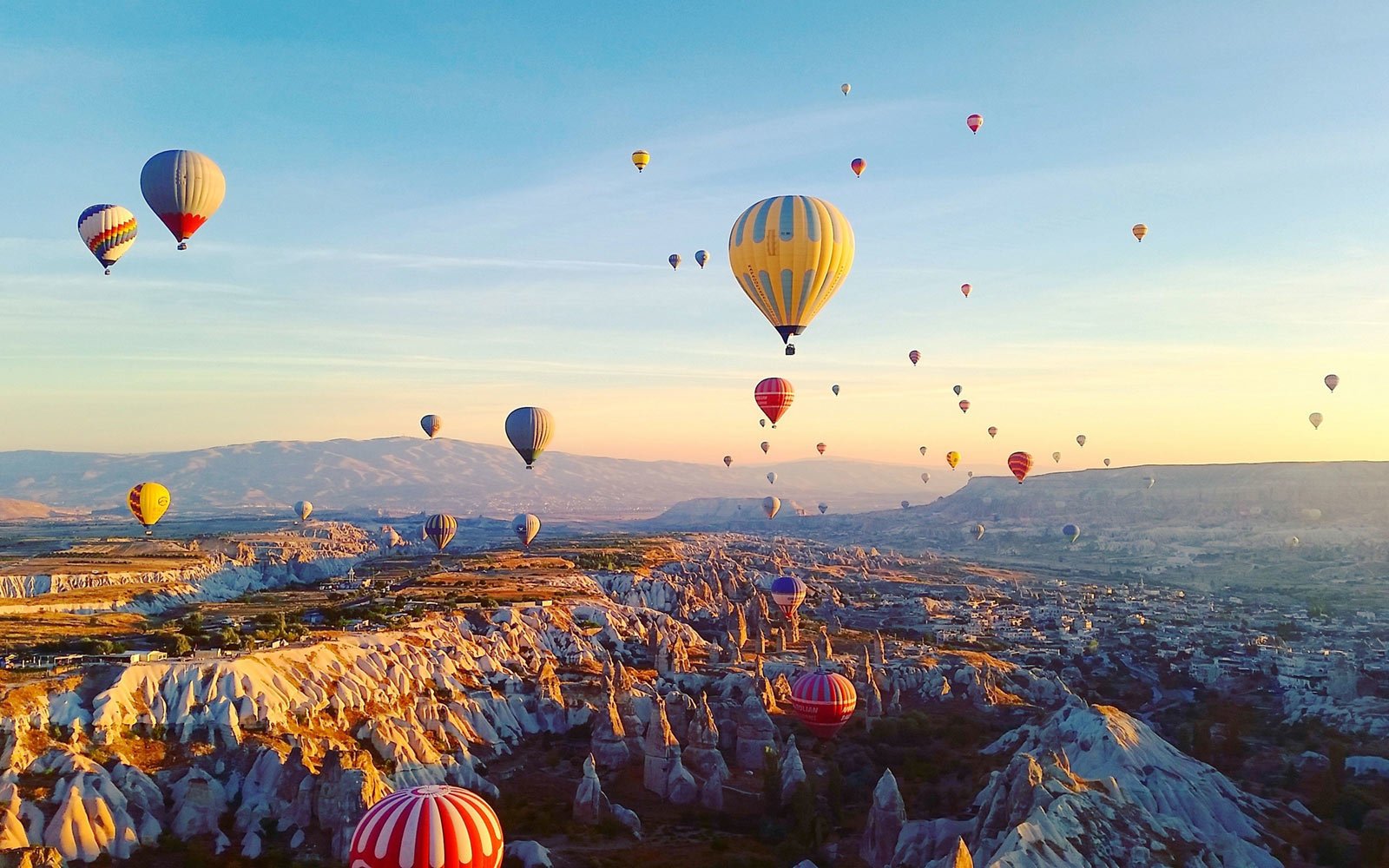 Ephesus was one of the largest cities of the Roman Empire and is one of the oldest cities in Turkey, situated on the Aegean Sea. Due to its significant archeological sites, Ephesus has become a valuable asset, it receives tourists all throughout the year. With many historical attractions such as, the Temple of Artemis, the Hadrian Temple and the Celsus Library which contains thousands of manuscripts and an enormous historical theatre. 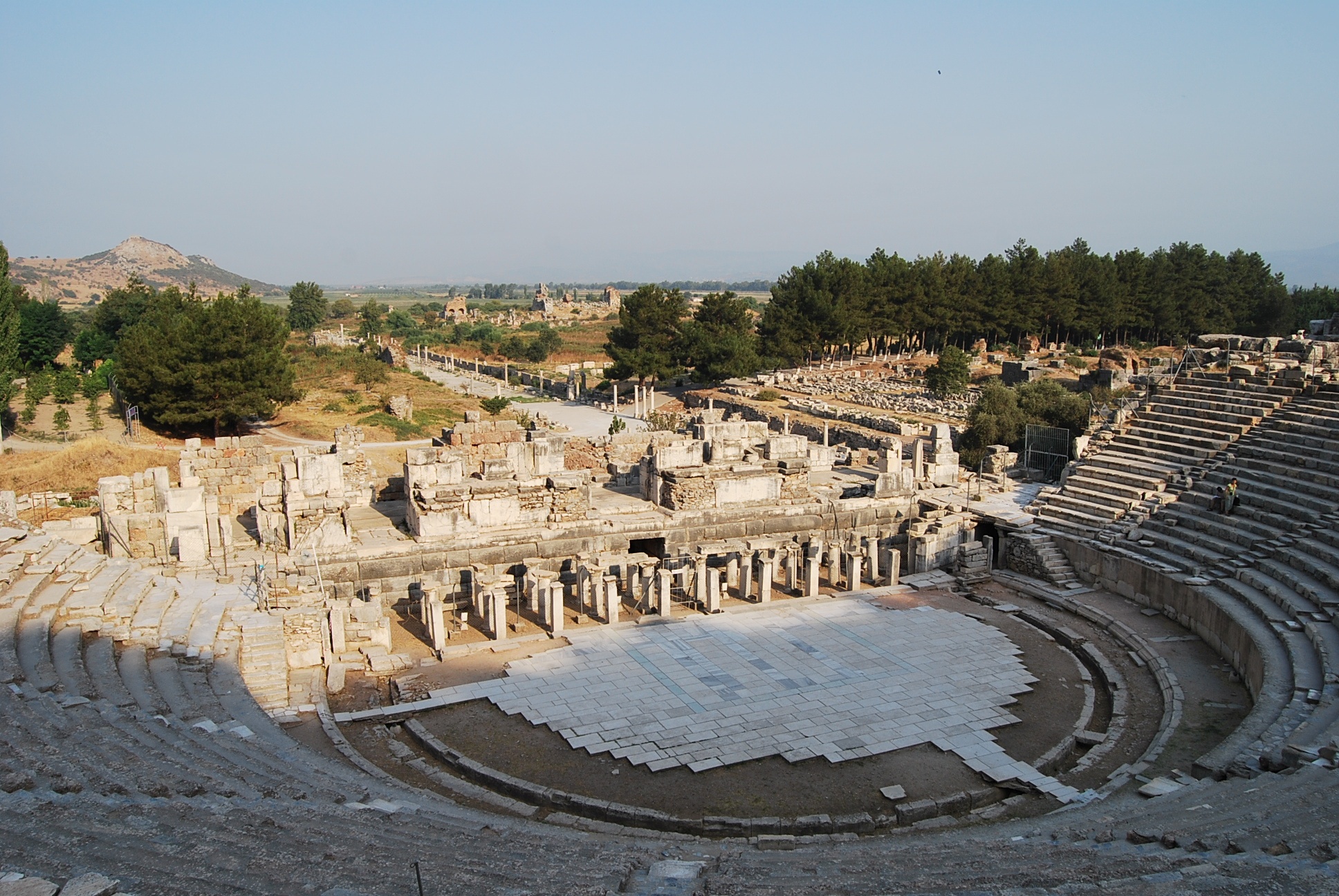 4. Bodrum, the City of Dreams

The most beautiful thing about this city is that it has all the qualities and features that anyone aspires to experience. Bodrum combines climate, landscape, coastal areas, historical monuments, sporting and cultural events. Many of the world's rich and famous visit Bodrum and it attracts tourists from every part of the world. Bodrum contains many historical monuments including the Mausoleum at Halicarnassus, the Minros Gate, the Bodrum Amphitheatre, and the Citadel of St. Peter. Cultural and artistic festivals, the most noteworthy ones are: the Wooden Boat Festival, the Festival of Degrees, the Turgutreis International Music Festival, plus many bazaars during the week featuring fresh fish, fruits, vegetables, clothing, textiles and handicrafts. 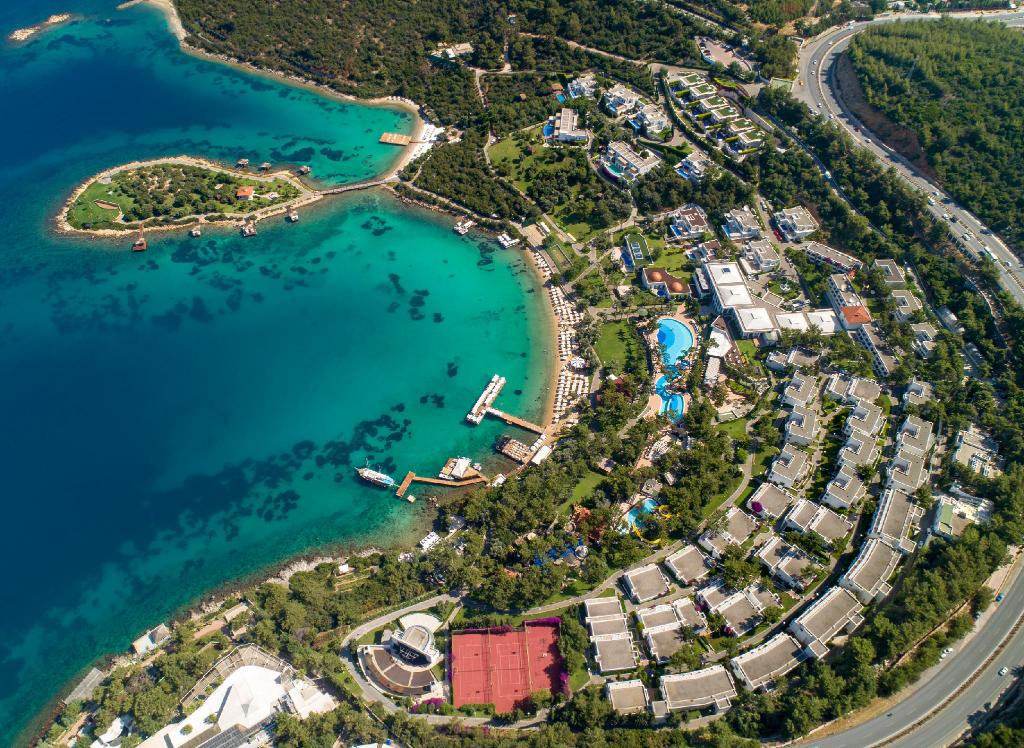 5. Side in Antalya, blending beauty and nature

Side in Antalya is rich in history and beautiful landscapes. Some of the most incredible spots to visit include: the Canyon River, which is one of the purest rivers in the world, the Sargon coast and the Manavgat waterfall. Visitors also go for a safari in the vast green areas in Side. We recommend visiting the ancient sites in Side, the historical Side runway that was created during the Roman Empire, its old museum and the Temple of Apollo, the Greek God of Light. 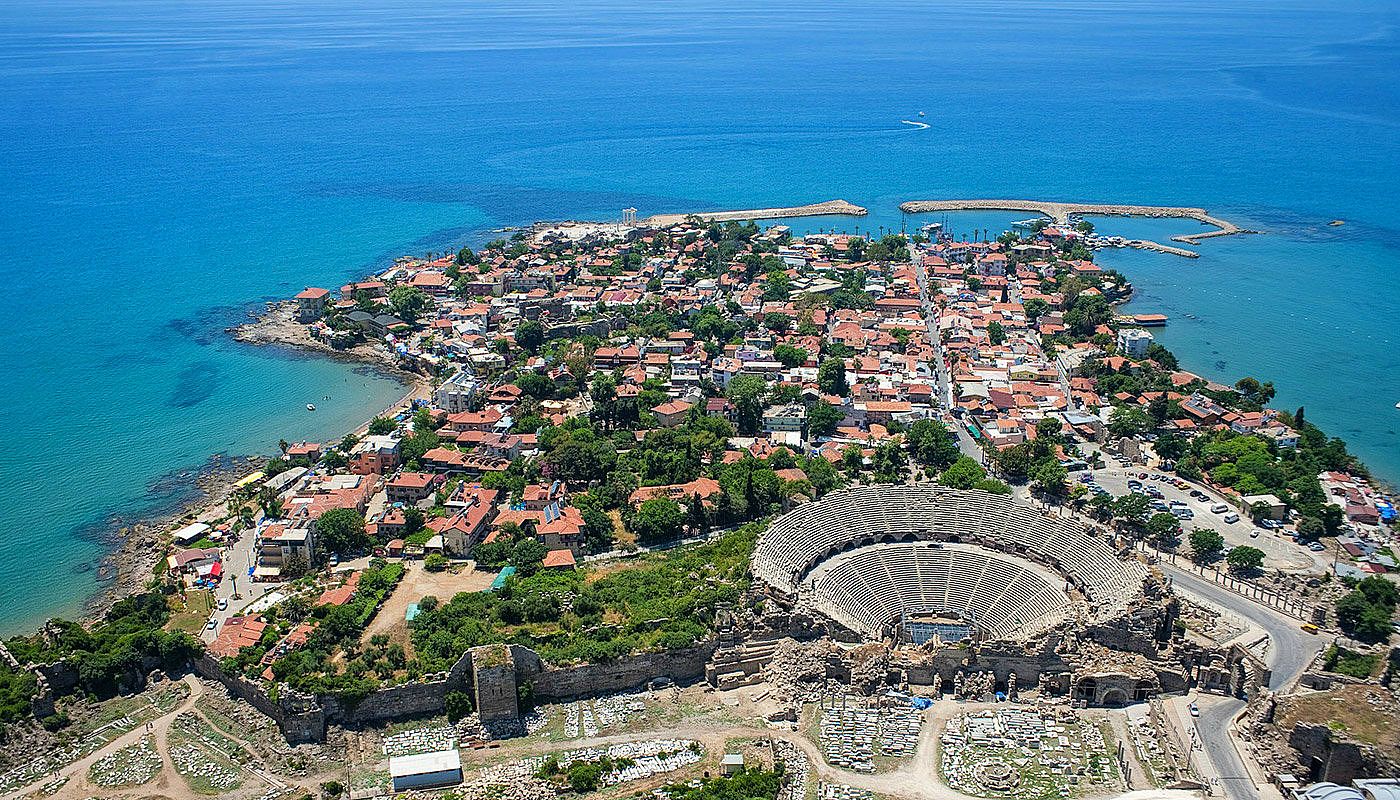 6. Marmaris, the most desired city

A beautiful coastline and splendid nature has made Marmaris a desired and favoured city by tourists, who visit this spectacular city on a yearly basis. The climate is warm throughout the year, so tourists come from all over the world. All of Marmaris' cafes, restaurants and luxury resorts are spread throughout the city. Places, which are worth visiting when in Marmaris include: Dalian, famous for carved rock paintings, Marmaris Grand Bazaar, Turkish Bath, and Cleopatra Island, which is the most beautiful place in the region. 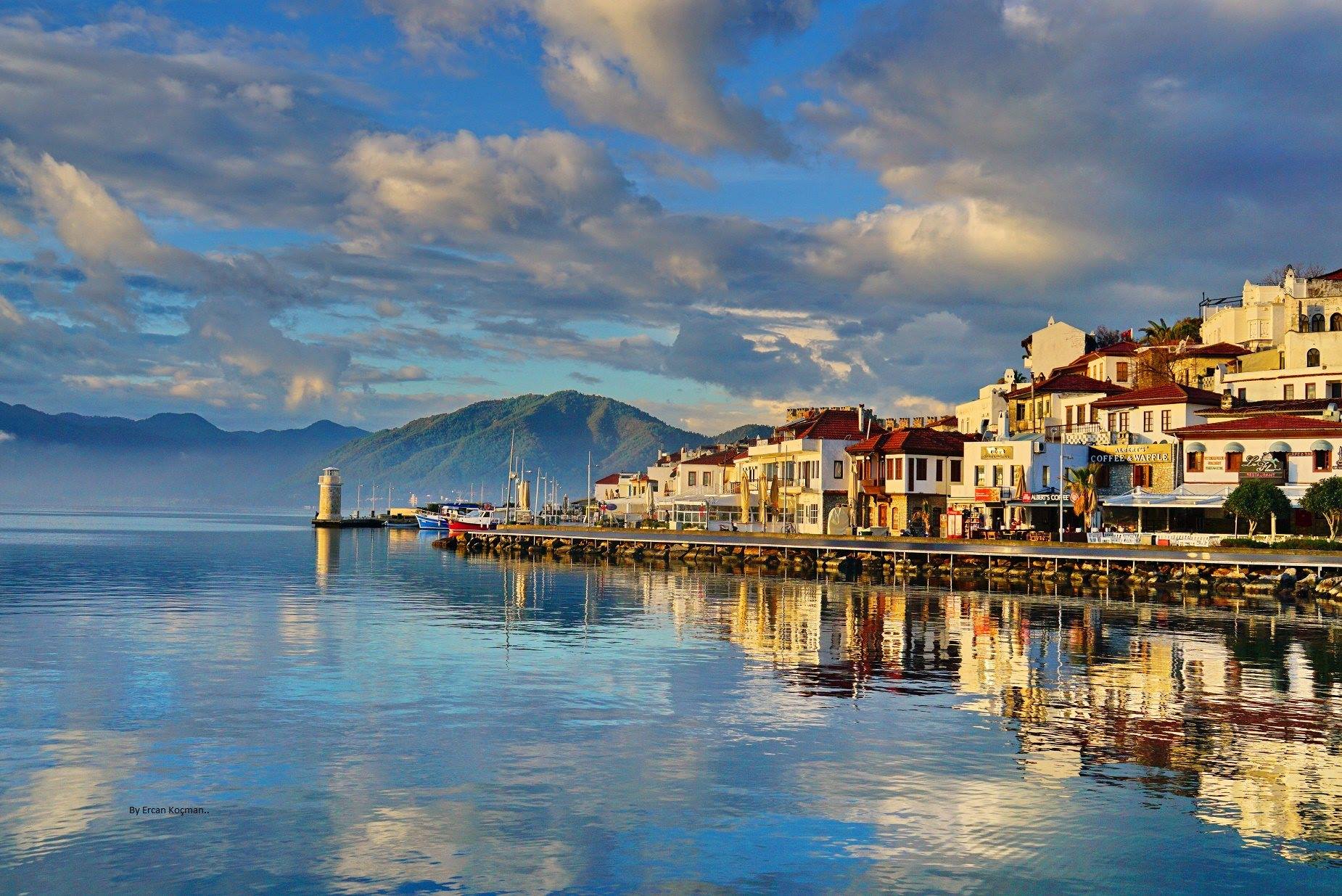 7. Antalya, the City of Life

Known for its mountainous scenery, magnificent beaches, as well as the great historical and cultural sites, Antalya is a vibrant city that welcomes tourists from everywhere with deep blue beaches, green mountains and ancient ruins. The most important tourist sites are Kaleici, Hadrian Gate, large mosques such as Osman Effendi Mosque, Pasha, Ahi Karate Mosque, Takili Mosque Mohammed Pasha, Sinan Effendi Mosque, and the Antalya Museum. Visiting Antalya will allow its visitors to travel through time but with wonderful modern views of the old city walls, Roman Gates, and historical structures such as the clock tower and labyrinthine streets. 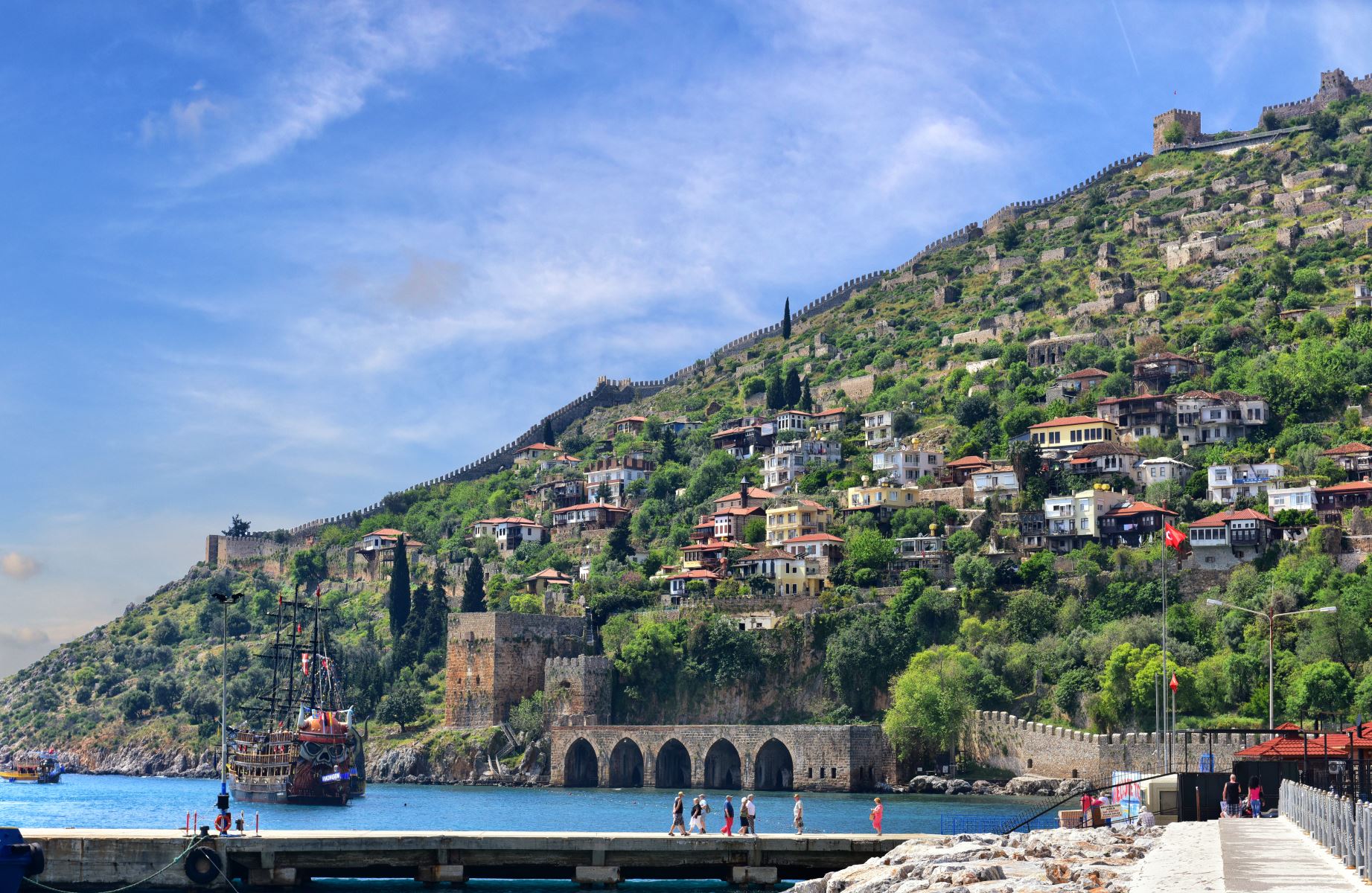 8. Konya, the city of spirit and mysticism

It is one of the oldest cities in the world and is famous for its magnificent Seljuk architecture. It also gave birth to one of the mystical flags of Sufism, the great philosophers such as, Rumi and the art of dervishes. It is a large city in the central Anatolian region. If you are a fan of Sufism and asceticism, here is your city. The buildings are still old and have a distinctive Seljuk architecture including, the Aladdin Mosque, the ruins of Seljuk Palace and the city of Sufism. Dervishes or mullet dance in which people wear loose clothes and long caps and twist around each other and around themselves as if they are the Earth and the planets revolving around the sun. Hence, it is the city of infinite love and mysticism. 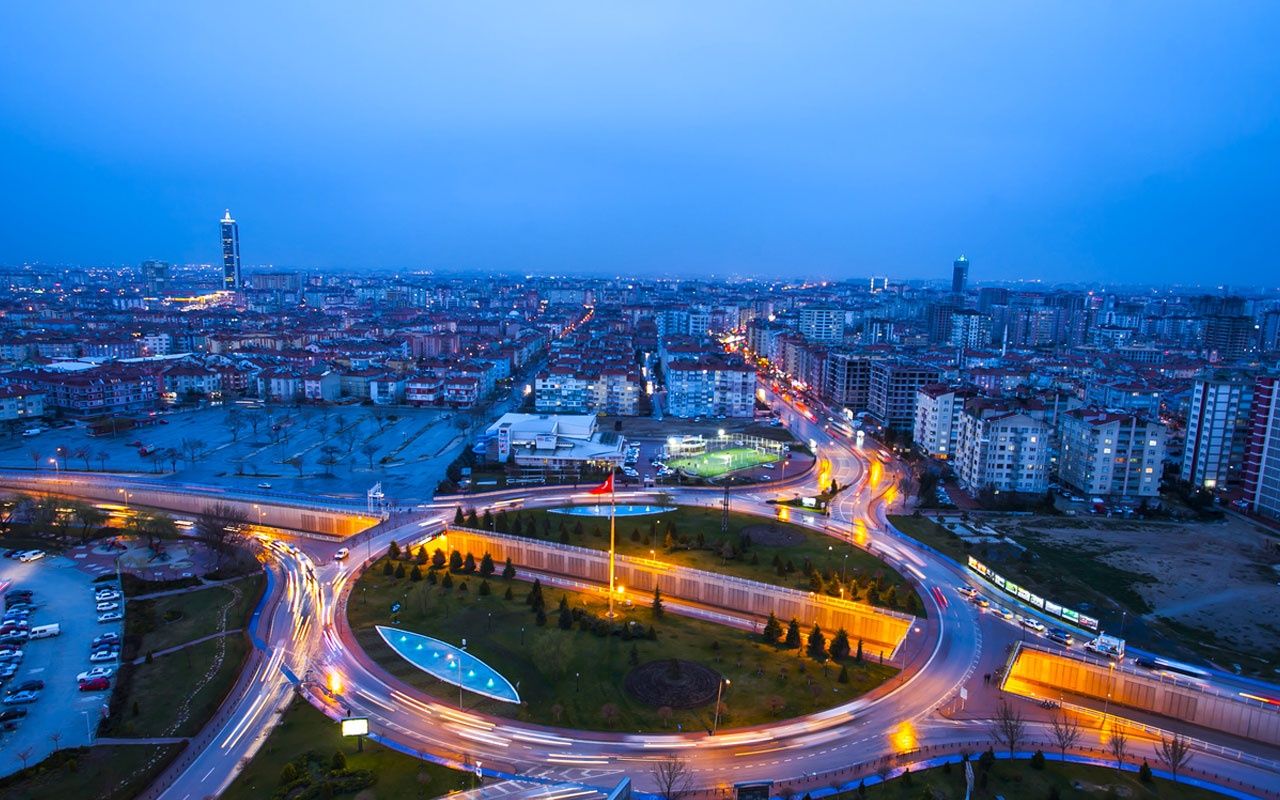 9. Mardin, the Link between East and West

The city, which is famous for its exotic cultural diversity, is inhabited by Turkish Arabs, in the form of a stream, located on wide mountain peaks and overlooking beautiful calcareous hills, characterised by heavy rainfall even more than the surrounding plains. Mardin is rich in historical and tourist sites that attract many visitors, including: the Museum of Saakip Sapa Niji Mardin, the Holy Forty Martyrs Church, Kasimiye Medresesi Hotel, Martin School, and the Syriac Orthodox Monastery. 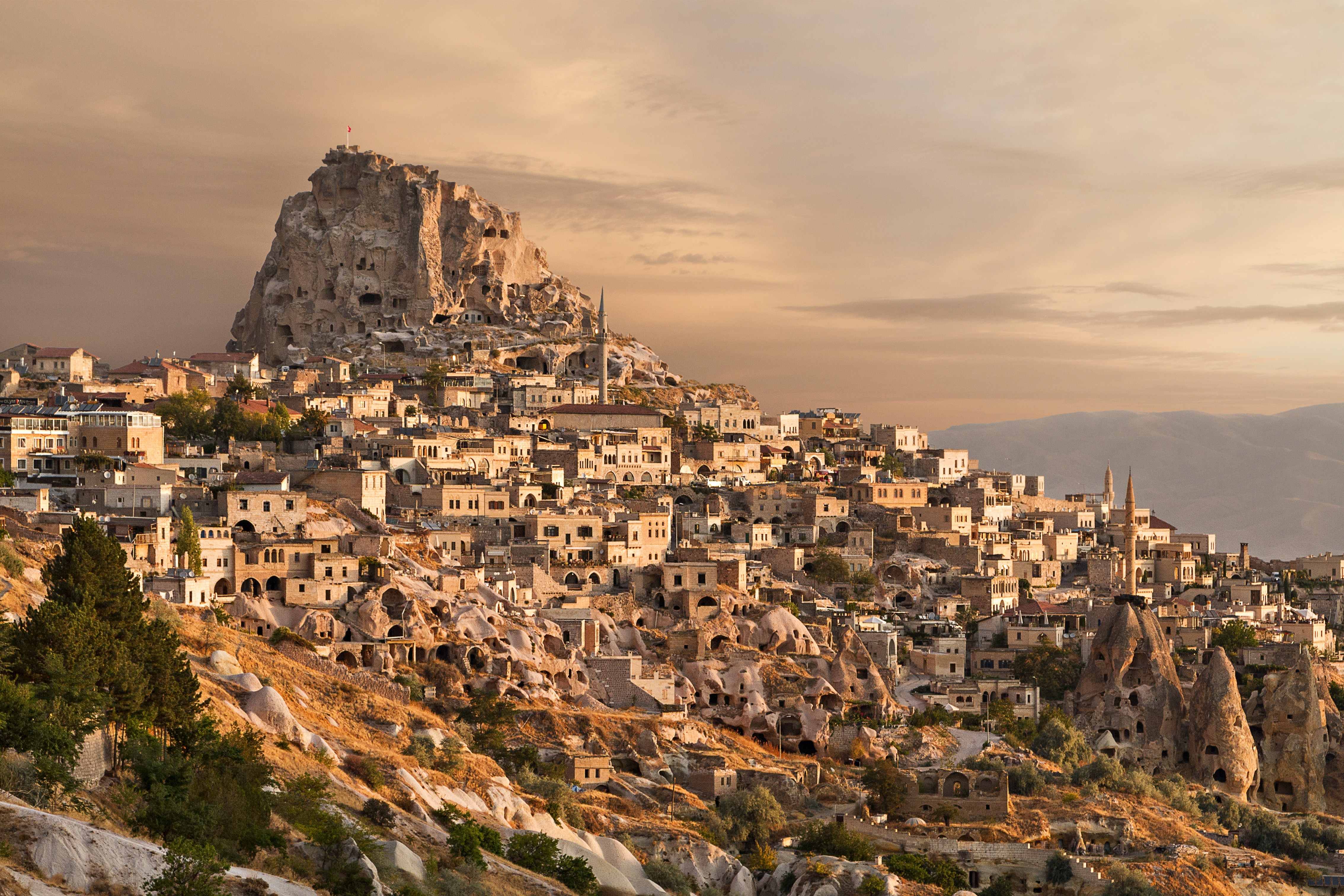 10. Ankara, the Capital of Modernity

Ankara, the capital of Turkey, is the centre of political and diplomatic activity. The famous Arab poet Amer al-Qais was buried there. It has many international universities and all the embassies of the world. It is also an important transportation centre in Turkey. The city is rich in art and culture. It also contains museums and old theatres. For modern architecture and art, Ankara is an ideal place. The most important landmarks are Atakoli Tower, Kogatibi Mosque, Ankara Castle, Ataturk Mausoleum, Museum of Anatolian Civilisations, Kintpark Complex, Museums and Roman Baths. 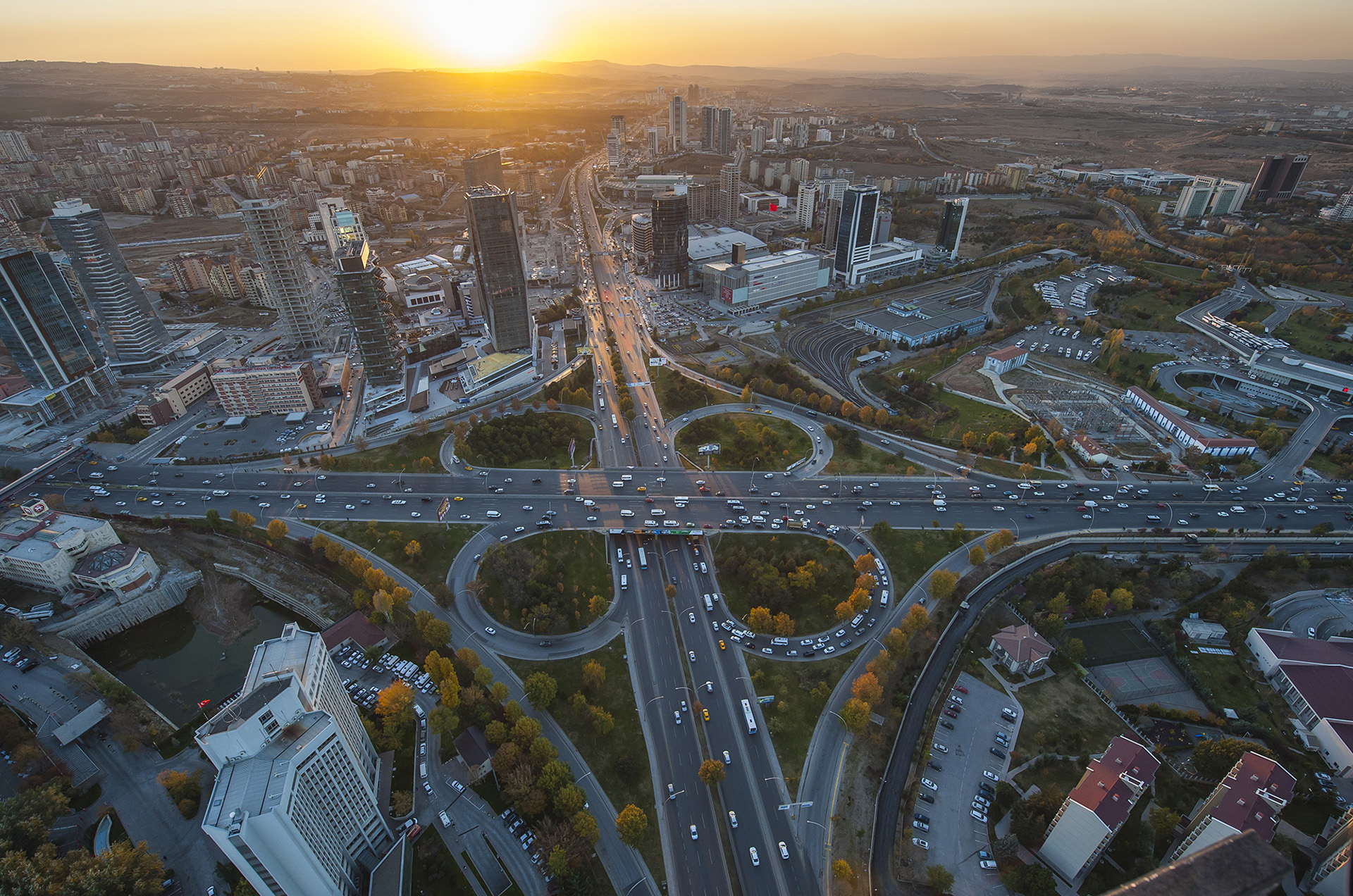 There are several cities worth visiting in Turkey, some are not mentioned in this list and that is simply because Turkey has so much to offer that words are never enough to define its beauty.