Gorgeous Lakes of Turkey from the East to the West

Lakes are a scenic place of beauty, where flora and fauna thrive, and an idyllic retreat for humans from the hustle and bustle of the 21st century. The country of Turkey certainly has plenty of them, from the east to the west coast. With the country’s landmass covering more than 700,000 square kilometres, the sizes of a few lakes makes them some of the biggest in the world. Turks, in particular, love their weekend retreats to these scenic utopia-like havens, and many are popular tourist attractions with picnic, camping, or hotel accommodation for rent. Which are the most popular and best ones to visit, though? Here is our pick.

Van, the biggest lake in Turkey, covers 3,755 km2. Sitting 6 kilometres outside of the main city centre with the same name, the surrounding mountains soaring as high as 1,312 metres trap it, therefore, preventing outflow. Uniquely, the high-level content of salt, which is much higher than seawater, makes it ideal for swimming and in 2016; a section of beach received a Blue Flag award.

Certain species of lake life that are found nowhere else in Turkey, easily thrive and on a small island sitting off the southern shore of the lake, its famous landmark, Akdamar Island draws admiration from everyone who passes through. On it sits a beautifully restored Armenian church with intricate frescoes and impressive ancient architecture. 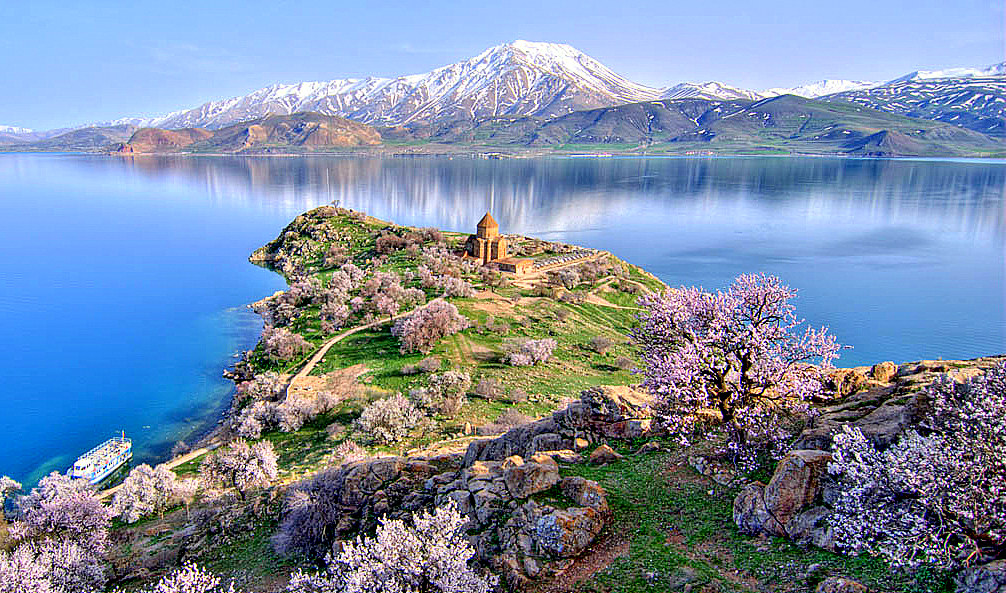 Lake Tuz near Cappadocia and Konya

Lake Tuz, a favourite place for goose hunters, sits further inland in the central and rural traditional Anatolian region of Turkey. Most people travelling from Istanbul to Cappadocia pass directly by it while on the cross-country buses but sadly do not stop to view its incredible scenic settings. It is the second largest lake in Turkey with a surface area of 1665 square kilometres but mirrors Lake Van in many ways because it too is landlocked with a high saline level.

The summer weather dries the salt to form a hard crust ready for mining. The result is that 60% of Turkey’s salt consumption comes from Lake Tuz. Legal protection status is also in place because many birds use the lake including fabulous flamingos. In recent years, the lake has seen much controversy as experts argue whether it is in danger because, over the last 40 years, it has shrunk in size by a staggering 50%. 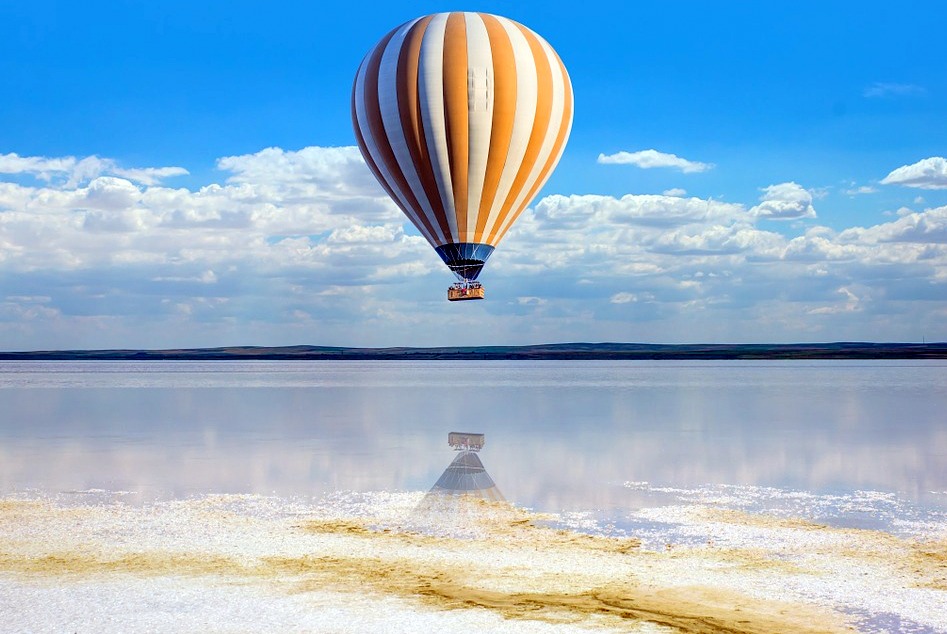 Every morning during summer, the shallow Lake Bafa in the Milas region attracts holidaymakers and locals from villas in Bodrum and apartments in Turkey 's surrounding coastal resorts of Kusadasi and Altinkum who flock to the lakeside restaurants to feast on organic village breakfasts. The scenic setting is probably the main lure, but do not overlook the masses of historical ruins belonging to the former Heraclea ancient city scattered across the landscape.

Uniquely Bafa Lake was part of the Aegean Sea but slow developments over hundreds of years locked it into an inlet connected with the Menderes Delta River. In 2013, the lake gained fame for all the wrong reasons when ecologists raised concerns that chemicals and pollution were harming the wildlife including numerous species of birds. 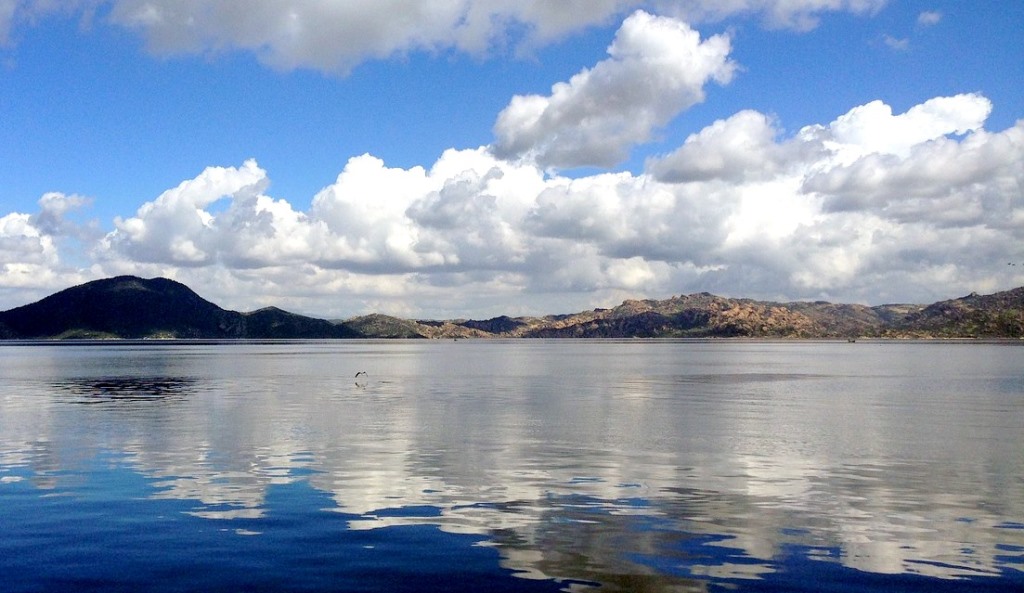 Possibly one of the most under-rated places in Turkey, Lake Abant in the north-west region has captured the attention of Turks seeking for a unique holiday home setting. Officially belonging to the Black Sea area, many species of flora and fauna thrive there. Like other countryside places in Turkey, it has remained a well-kept secret by hikers and trekkers, because travel magazines give attention to beaches and cities instead.

Knowledgeable anglers also flock to the lake because nowhere else in Turkey has the unique species of trout breeding within its waters. The beauty of being at one with nature as well as low land prices have led the Bolu property and district to take off regarding property investment. The nearby town and host of other things to do in the region, also add to the attraction. Read more about the Bolu district here. 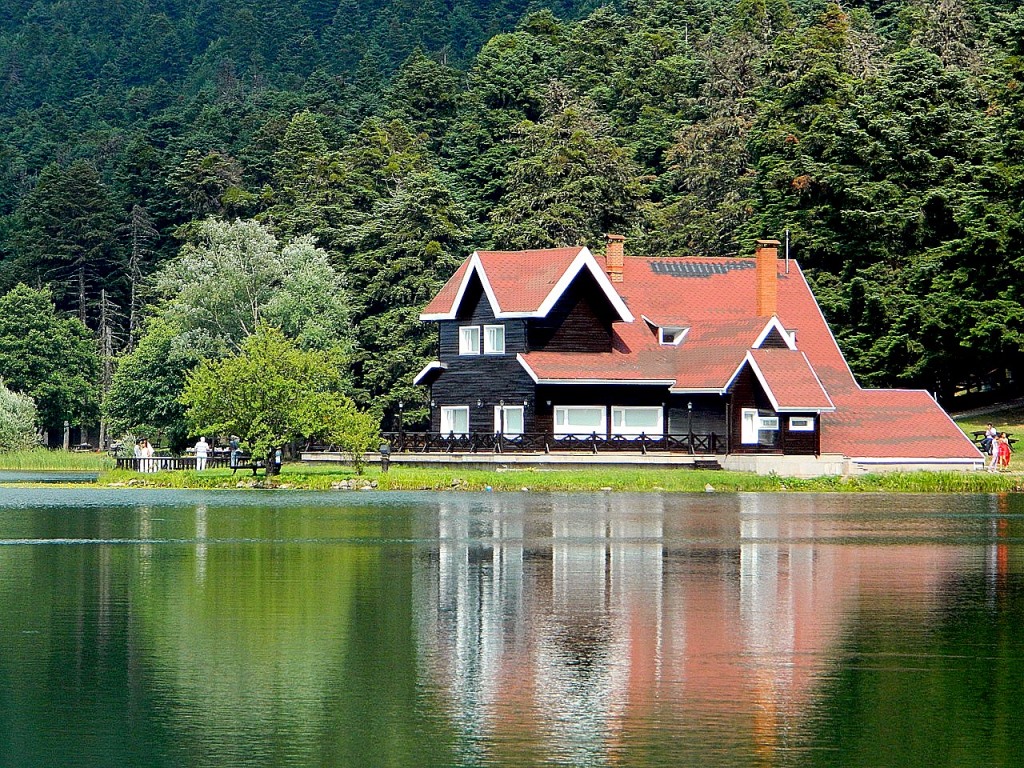 For many years, Turks have favoured Spanaca Lake as a family destination perfect for picnic and summer strolls. Booking accommodation from the basic camping facilities to luxury spa resorts, it's close setting to the hustle and bustle of Turkey’s biggest city, Istanbul means weekends are a favourite time to visit.

Eager anglers line the shores while in the lakeside restaurants; romantic couples enjoy the tranquillity of the scenic setting. Alternatively, water-skiing, canoeing and kayaking facilities to rent also make a roaring trade. Sapanca is another area that is gaining popularity for property investment. Turks looking to buy their second home as either a holiday retreat or buy-to-let income, are showing immense interest. 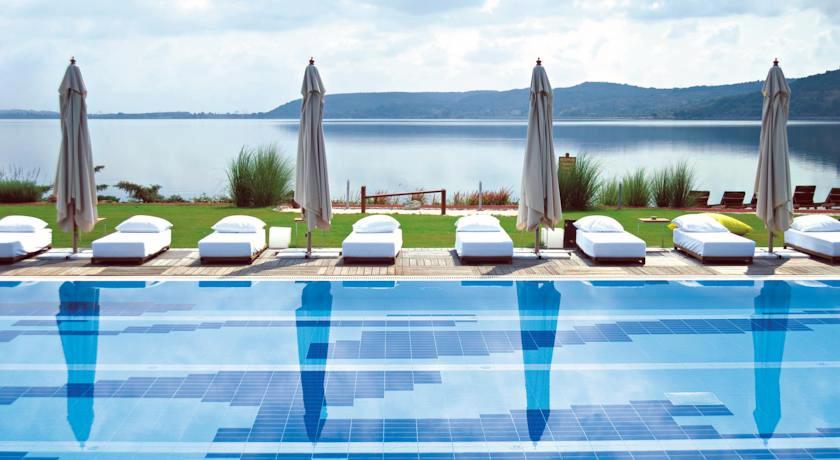 Sitting at the foot of the majestic Taurus mountain range in south-west Turkey, the Turkish Lake District has gained notoriety in later years thanks to its peaceful and scenic setting. Consisting of numerous lakes including Salda, Burdur, Aksehir, and Beysehir, the surrounding forested mountains and hills make it an idyllic retreat. Mainly famous for hiking and climbing, Christian history fans also pay great attention because of the marked Saint Paul walking trail leading through it.

Founded by the Hittites Empire, Egirdir town and stunning lake is the heart of the district, and until the population exchange of the early 20th century, many Greek Orthodox citizens lived within the boundaries. These days, a particular area called Green Island is the favourite spot for weekend retreats and fishing holidays. While it might sound like a modern place, it is devoid of mainstream tourism crowds and off the beaten track so for anyone searching authentic Turkey, the Turkish Lake District should be on your list. 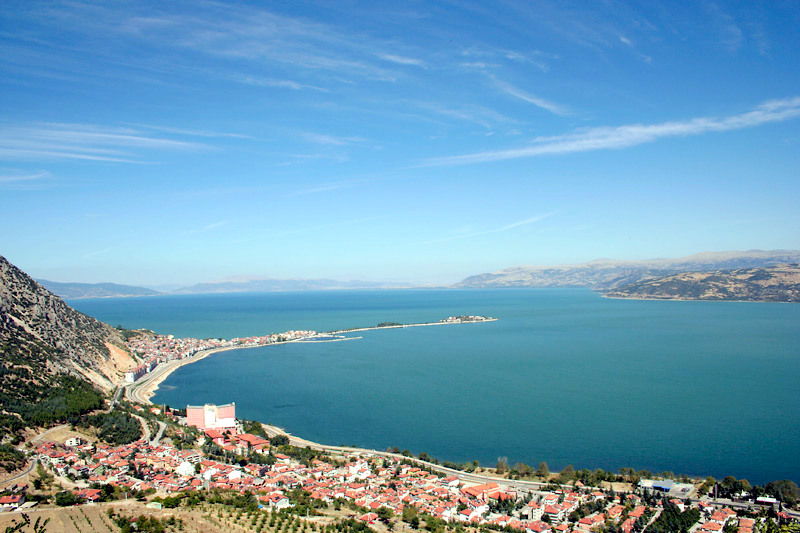