Selcuk on the Aegean coast of Turkey is home to the internationally famous landmark of Ephesus. The ancient city ruins attract thousands of visitors every day and are a highlighted feature of most package tours of the country. Since the nearby resort of Kusadasi is a cruise ship destination, Ephesus is also a favourite excursion for their passengers. Yet what is a big shame is that many visitors to Ephesus immediately leave after seeing the ruins, but other impressive places to visit in Selcuk, are worth extending your stay to two or three days.

Just off the main road running through Selcuk town, Saint Johns basilica has a rather interesting historical story to tell. As mentioned in the Bible, Saint John spent a lot of time in this area. He was the only one of the apostles that were not martyred, and rumours say he even reached the grand old age of 100.

His resting place is reputed to be Ayasuluk Hill in Seljuk and later the Emperor Justinian built a church over his grave. In 1967, the Pope made a pilgrimage and prayed over the spot, yet excavations in later years revealed there are no bones in the tomb. So what happened to the remains of Saint John? No one knows yet it is still worth touring the basilica since it only takes an hour. The baptistry with its small pool and impressive church naves is the best section. 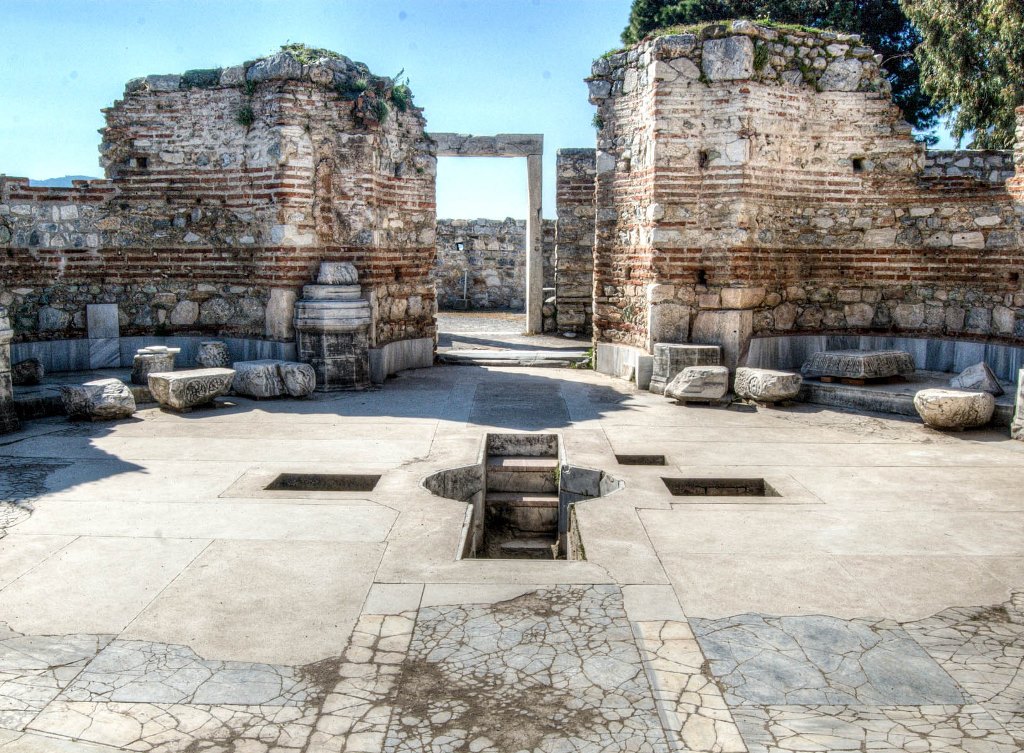 A five-minute walk downhill and around the corner will lead you to the entrance of Isa Bey Mosque of Turkey. Dating from the 14th century, the great mosque in Damascus was the inspiration for is impressive and highly intricate architectural style. The domineering entrance opens up to a courtyard of which one door is the entrance into the interior of the mosque. It is not as elaborate or vibrant as other mosque decor but instead promotes a humble appearance. An immaculate clean carpet leads the eye towards the Mihrab depicting the way to Mecca, while the tall ceiling gives off a majestic ambience. 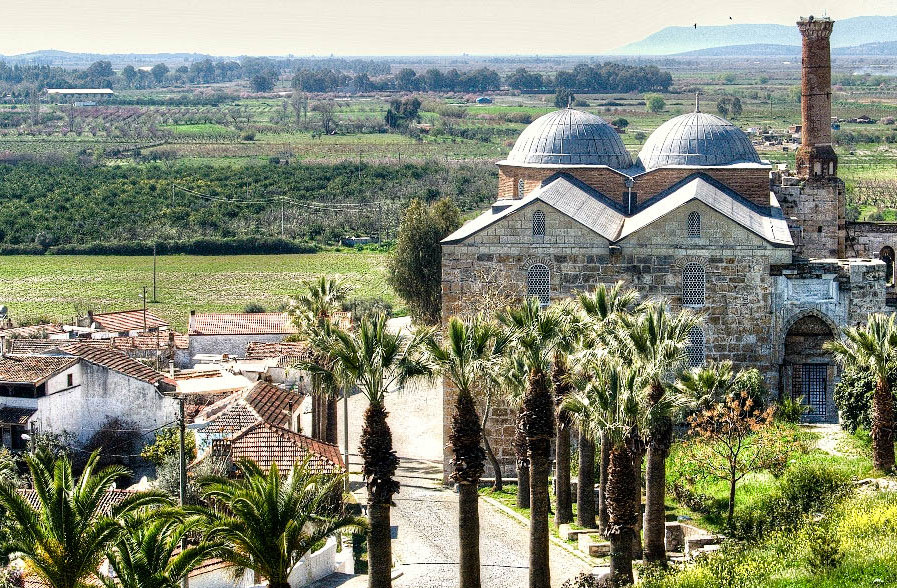 The Artemis Temple that was within the old boundaries of Ephesus ancient city was one of the seven wonders of the ancient world. The elaborate, multi-columned building dedicated to the goddess of the same name was a prominent landmark for Roman citizens of Ephesus.

So visitors these days may be saddened to see it reduced to one column that is nothing like its former glory. News of excavations is always on hold due to a lack of funding so it could be many years before we see the temple even remotely looking like its former self. Never the less, if you are in Selcuk, it is worth taking the slight detour if only to say you have been there.

Follow up a visit to the country’s most famous Ephesus ruins by visiting the newly renovated and restored museum. Holding priceless and original artefacts from the ancient city, the museum is in the heart of Selcuk town. Not to be confused with the museum of the same name in Vienna, its most admired artefacts include the statue of Artemis, a figurehead of the Greek god of love called Eros and a statue of the Egyptian goddess Isis.

Cave of the Seven Sleepers

An unobtrusive side road leads to what seems to be a uneven forested area. Yet behind the green trees and shrubbery are stone ruins and a small cave that is supposedly the location of the seven sleepers. As the story goes in the Bible, seven men who believed in God hid in the cave to escape persecution from the King.

They reportedly woke up 180 years later and wandered into the city of Ephesus only to be amazed that Christianity was now widely practised. A slight deviation of the story also appears in the Quran. Once again, no one has been able to verify the accuracy of this cave and indeed, there are other caves of the seven sleepers elsewhere in the world, but if curiosity or religion sparks your interest, a visit will certainly be interesting.

All the above suggestions take just a few hours to explore but if time is plentiful, head into the hills of Selcuk to visit a quaint and delightful wine making village. Originally started by freed slaves from Ephesus, for many years Sirince was Cirkince meaning ugly. The hope was that the name would deter people from visiting. However at the turn of the 20th century, Sirince became its new name.

For many centuries, locals have cultivated the land to produce fruity wine varieties types, and as tourism took off, Sirince became a popular destination to visit. Homemade fruit wines are not the only lure because restaurants serve traditional Turkish food, and the old style architecture of the houses lining the cobbled streets evokes images of days gone by. Don’t forget Saint Mary's Church and of course, the fantastic views over the Selcuk plains. 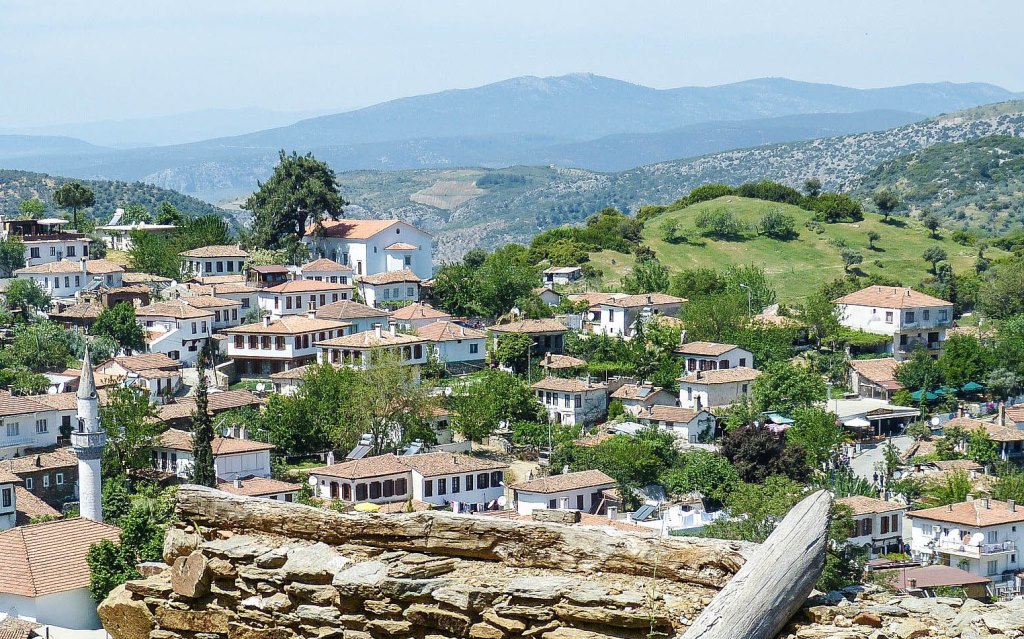 Following the winding mountain roads of Selcuk will eventually lead you to a small, simple, and unobtrusive stone house. Upon first glance, it may seem unbelievable that the Virgin Mary spent her house here, yet it is widely believed by many of the Christian and Muslim religions that this was the place of her assumption. The house, set in among flower and shrubbery gardens and operated by nuns and monks, holds fixed services throughout the year.

Open every day for people to visit whether they are religious or not, light a candle when exiting the stone house and make your way around to the three taps of mountain spring water. Each one resembles fertility, good health, or exceptional wealth but a lack of labels means take your chance. Lastly, tie a napkin or handkerchief to the wishing wall while asking for your sincere desires to manifest. Some call it superstition, but it is a humble way to end your stay in Selcuk. 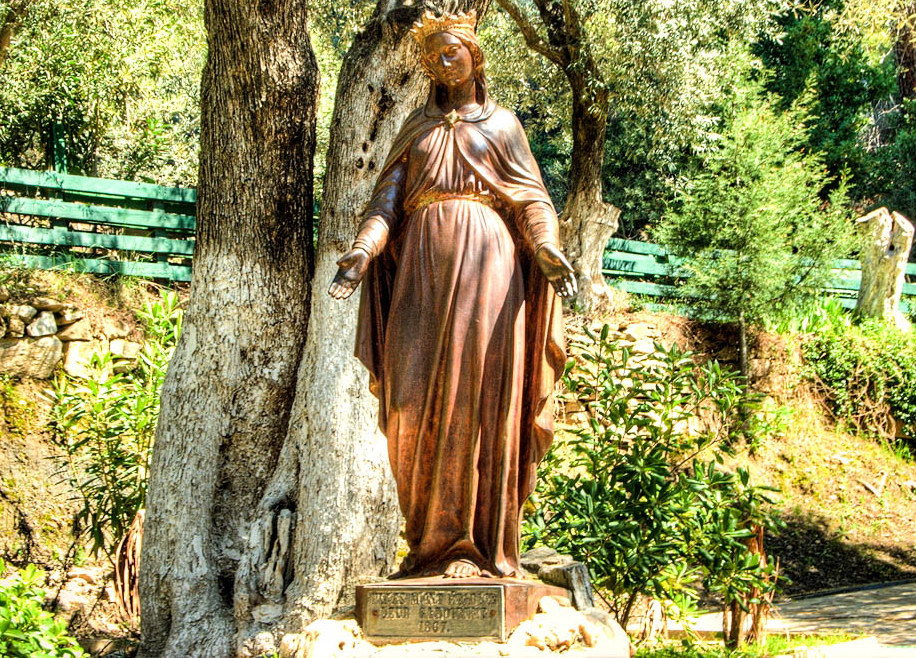