Property Turkey Blog What to do in Fatih: Exploring Districts of Istanbul

What to do in Fatih: Exploring Districts of Istanbul

Anyone looking at what to do in Fatih, Istanbul will not be short of ideas. Often called the historical peninsula because of the Sultanahmet neighbourhood, and its many Byzantine and Ottoman landmarks, other lesser known places present ideal opportunities to see Fatih beyond the guidebooks.

Named after the Ottoman ruler who captured the city in 1453, it is the original heart of Istanbul and where today’s climb as Turkey’s busiest and most significant city first began. 57 individual neighbourhoods covering 17 square kilometres, each have their own characteristics and claim to fame but where should you go first, and which tourist attractions are the best to see?

What to do in Fatih, Istanbul

Fatih’s main claim to fame and the reason thousands of people visit it every month is the Sultanahmet area. As the former ruling capital of both the Byzantine and Ottoman empires, it holds many iconic UNESCO World Heritage landmarks. To see them all in a day would be a fast-paced tour, so we recommended spending two days to soak up the Blue Mosque’s Islamic ambience and admire the Hagia Sophia’s Biblical frescoes and mosaics.

Just around the corner, the sprawling Topkapi Palace portrays life of the now-defunct Ottoman royalty. Tour kitchens that used to feed thousands, circumcision rooms, jewellery, clothing and armoury exhibition halls and pay the extra money to wander around the harem and imagine the untold secrets it holds.

Sitting close by, the Basilica Cistern, called 1001 columns by Mark Twain, memorises all with its eerie quietness and Medusa heads. The Hippodrome was the former sporting centre of Byzantium, and across the road, lies the small but interesting museum of Turkish and Islamic Art. A must visit for history lovers is Istanbul’s Archaeology Museum displaying one of the world’s best collection of ancient artefacts. 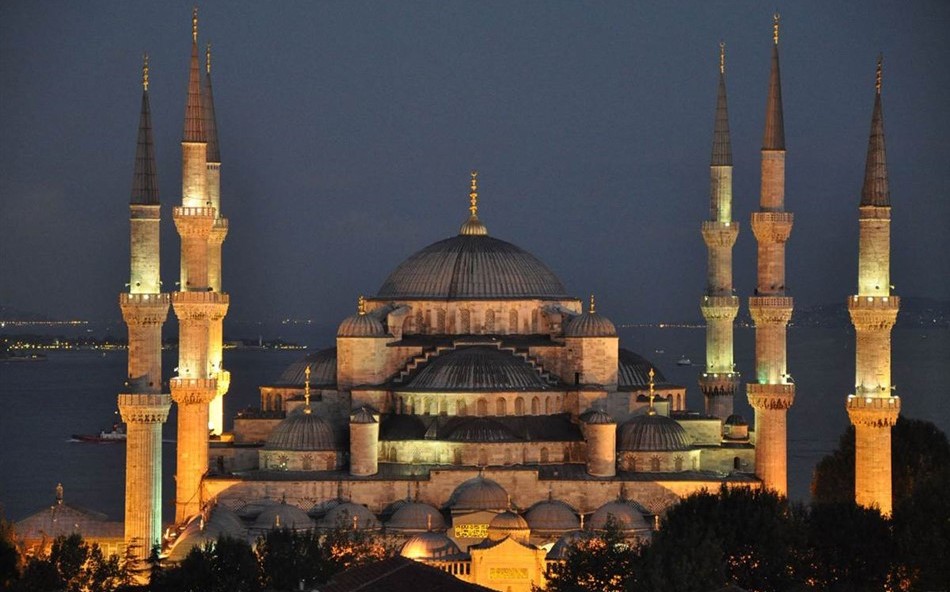 2: Balat and Fener Neighbourhoods of Fatih

The internet changed the way we travel from mainstream holiday packages to independent exploration that allows us to delve into cultural neighbourhoods. Two Istanbul neighbourhoods enjoying the popularity rise of going off the tourism grid were Fener and Balat, both of which are rich in diversity. For many centuries, Balat housed Jewish communities of Constantinople, while neighbouring Fener’s heritage is Greek Orthodox.

Although these days, both are working-class suburbs, they’ve enjoyed a revival as people flock to admire the old architecture and houses styles. Here is where you get an authentic feel for Istanbul as you wander old streets with washing hanging out, and children playing football. Novice and experienced street photographers clamber for original photo themes standing out on every corner, and walking tours with experienced guides often sell out. 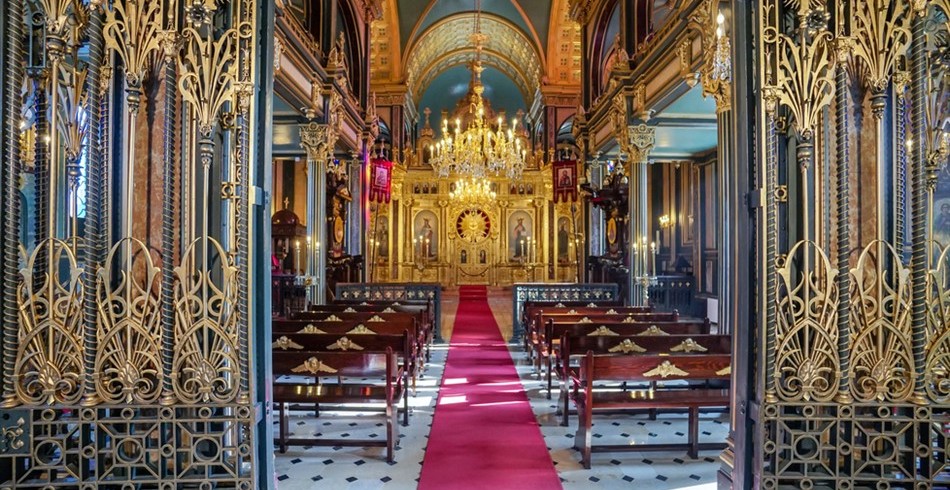 3: Seek Out the Seven Hills and Mosques

When Sultan Fatih conquered Istanbul in 1453, he wanted to declare the city as the new ruling global power. The Byzantine empire was already in its last days, but to send a snub, he replicated building the city on seven hills, just like Rome. All seven hills of Istanbul sit within the Fatih district, and each is home to old and respected mosques. Sultanahmet district was the first hill; the second holds Cemberlitas, and Nuruosmaniye Mosque, the third to see is Suleymaniye, the fourth is the famous Fatih Mosque, Yavuz Selim is on the fifth, Mihrimah on the sixth, and the seventh is Kocanmustafpasa.

4: What to Do: Shop in Markets and Bazaars

Much like everything else in Fatih, plenty of markets and bazaars cater for tourists and locals alike. Without a doubt, the Grand Bazaar of Istanbul, one of the world’s largest covered shopping markets is the most famous hosting thousands of visitors every day. The maze of narrow alleyways, ancient bedistans and small shops is a money bonanza with separate areas for vendors depending on what items they sell.

Take time to walk around and soak up the ambience, but otherwise, this is an excellent chance to practising your bargaining skills and indulge in an ancient Turkish tradition. A short walk away, the Egyptian bazaar on a much smaller scale, is where to buy exotic spices from but also look up at the marvellous ceiling portraying its ancient past. Otherwise, Sahaflar bazaar is brimming with second-hand books. Dating from the 16th century, most Turks know it as the place to find rare, used books.

Heading away from the Sultanahmet area towards Gulhane park, a charming street to wander along is Sogukcesme. Its name means cold fountain, but restored houses displaying old wooden architecture garner all the attention. In a stark difference to the rest of the city, the narrow-cobbled paths are devoid of the hustle and bustle of traffic, and hordes of locals rushing around. To carry on seeking the old housing styles of Istanbul, jump in a taxi and head to the Zeyrek district. Hundreds of old wooden houses are in line for restoration and like many other landmarks, supply a nostalgic glimpse into Istanbul bygone eras.

Between the Blue Mosque and Hagia Sophia, the Sultanahmet Archaeological Park is an ideal place to relax and people watch, but to experience Green Istanbul bursting with colour, head to Gulhane park in Eminonu neighbourhood, next to Topkapi Palace. As the oldest and largest park of Istanbul, it was reserved for royalty until 1912. Although it is a splattering of colour and green landscapes all year round, it is worth visiting in April, when Istanbul holds its annual tulip festival. 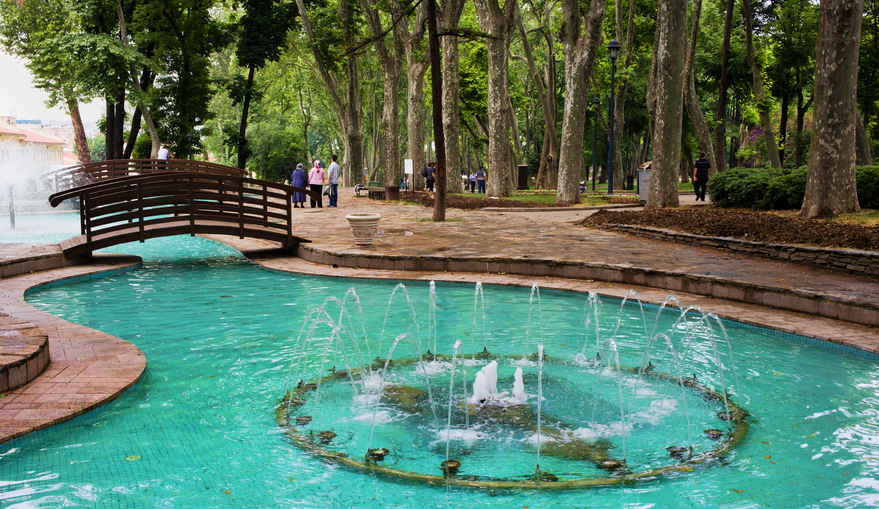 7: Marvel at the Suleymaniye Mosque

Crowning the third hill of Istanbul and built as the fourth imperial mosque, Suleymaniye commands respect from its staggering size and UNESCO world heritage status. Completed in 1557, after a long eight years of construction, it was the dream of Mimar Sinan, the Ottoman Empire's most famous and celebrated architect. As well as the main mosque, it holds the tomb of Suleiman the magnificent, his wife and Mimar Sinan. Other areas included a religious school, soup kitchen, caravansary, library and bazaar. 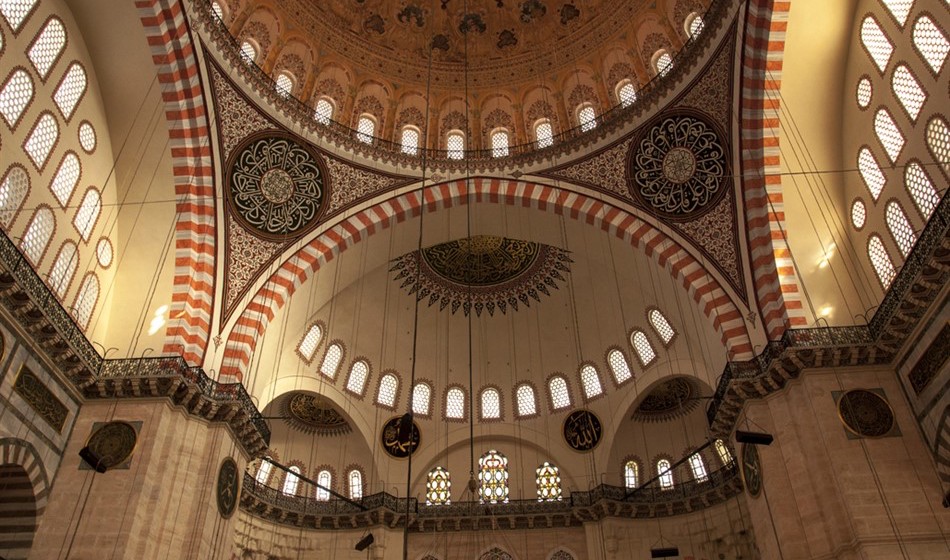 8: Destress and Relax in an Authentic Istanbul Hammam

Sweat off the dirt and grime of 21st-century living, before enjoying an olive soap scrub down and massage in an authentic Turkish hammam. Visiting bath houses stems from Roman days, but Ottomans adapted the tradition, and still practise it in an authentic and time honoured hammam houses of Istanbul. Cagaloglu Hammam first opened its door in 1741 and is the last of its kind with separate entrances for the women and men. Mimar Sinan designed the 1556 Ayasofya Hurrem sultan Hammam for Hurrem, the wife of Suleiman the magnificent. Otherwise, Cemberlitas hammam, also designed by Mimar Sinan and built in 1584 is another timeless classic.

9: Get Behind the Lens: Istanbul Photograph Museum

In the Kadirga neighbourhood, the Istanbul Photography Museum will interest those who like to see life behind a lens. The museum, alongside the local council opened in 2011, and its aim is to collect, archive, display and highlight Turkish photography throughout the decades. Permanent exhibitions, temporary themed displays often appear on the yearly calendar, and although it features photographs from around the world, the core theme is Turkish photographers and places. 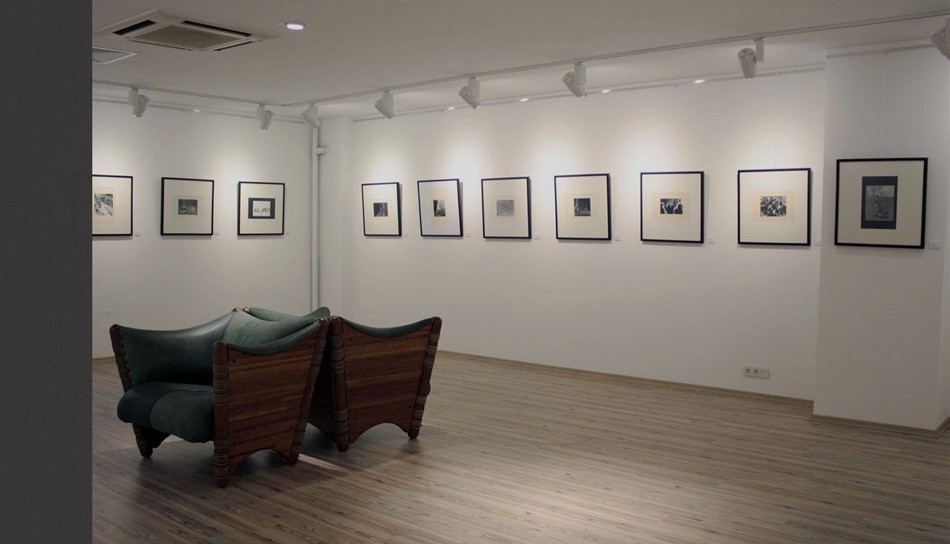 10: German and Ahmed the Third Fountains

While touring the Sultanahmet district, keep an eye out for two famous fountains. Emperor Wilhelm the 2nd presented the German fountain at the Hippodrome’s northern end to the Ottoman empire in 1898. The marvellous domed landmark signalled hopes of growing friendship and lucrative economic deals. Next, as you are walking into Topkapi Palace, keep an eye out for Ahmed the 3rd fountain dating from 1728, and often called the most beautiful out of them all.

Alongside the ancient landmarks, shopping bazaars and traditional hammams, another popular tourist attraction is to watch a Sema performance by whirling dervishes, a sect of Islam also revered with Rumi, the poet. The Hodjapasa Cultural centre hosts this memorising performance intended to symbolise being at one with God. Constructed as a 15th-century bathhouse, they also perform the Rhythm of the Dance show combining Turkish cultural dances with ancient Ottoman harem dances.

Often called a sacred landmark because it was the first imperial mosque of Ottoman Istanbul, the Fatih Mosque and complex, part of Istanbul’s historical areas is divine. When wondering what to do in Fatih, Istanbul, this mosque and its intricate architecture should be on your list of places to visit.

The original building converted from a Greek Orthodox church was ruined in fires and an earthquake over the years. Never the less, the 17th-century building we see today is as impressive and signifies the beginning of Istanbul’s Ottoman era.

If you have more time after exploring Fatih, also visit the Besiktas area. There is a lot more to it than a famous football team including palaces, churches, mosques, more green parks and art galleries. Otherwise  wander the streets of the nostalgic waterside village of Arnavutkoy to see majestic Ottoman houses and feast on the best seafood and fish in Istanbul. Or you can view our range of property in Istanbul for sale.