Property Turkey Blog What to See in Ephesus: Landmarks of the Ancient Ruins

What to See in Ephesus: Landmarks of the Ancient Ruins

Without a doubt, Ephesus on the Aegean coast of Turkey was one of the greatest cities in history, but these days is also one of the most impressive ancient ruins to see in the world. It is impossible to estimate the tremendous amount of hours that have gone into excavating and restoring prominent landmarks of the old city, but there is plenty to see.

Informative signs and a little imagination enable you to fully imagine yourself as a Roman citizen of Ephesus for a day. Make your way around the city, either as a wealthy trader in the agora, a prominent politician in the Odeon, a fierce gladiator in the grand theatre or humble slave, cleaning your master's terrace house with immaculate mosaics and decor.

A Walk around the Landmarks of Ephesus

Coming in via the southern entrance of the city, as if following on from the Cave of the Seven Sleepers, visitors find themselves on the Stoa Basileios that was the Royal Walk. Constructed in the 1st century AD, it is 165 metres long and lined on both sides with Ioannina columns topped with bullheads. Also flanked by the royal gymnasium baths, 1500 seater Odeon and government Agora, it is a subtle introduction to the city.

Eventually, the gate of Hercules at the end of the Royal Walk passes onto Curates Street, and the magnificence of ancient Ephesus becomes plainly evident as the 210-metre long street widens. Once lined by statues of prominent citizens, shops littered the left and right-hand sides while important landmarks like Hadrian’s Temple were highly treasured by the people. Perhaps the most comical structure here though is the public latrines. Although innovative for their time, only wealthy citizens could use the public toilets and they even had their slaves warm up the stone seats for them. At the end of Curates, we reach two of Ephesus prized landmarks. 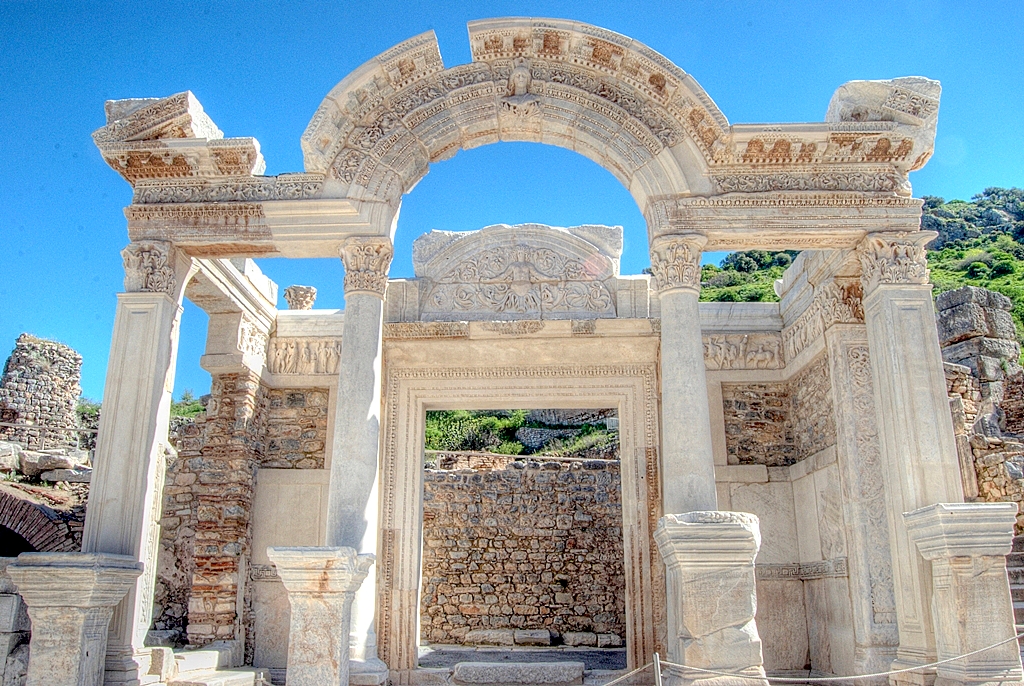 Mosaics of the Roman Terrace Houses

Sitting on the slopes of the Bulbul hill, a large tent-like structure covers the remains of two-storey Roman houses of which some were a massive 900 square metres. It is not the size garnering intense admiration though but rather the intricate and immaculately preserved Roman mosaics and painted wall decor.

Inhabited until as late as the 7th century BC, they perfectly resemble Roman houses as seen in most blockbuster films. An entrance leads into a large courtyard lined on all four sides with rooms including dining, bed, guest, bath, and slave quarters. What is also remarkable about these houses is that they had underfloor heating and sewage pipes, an innovative invention for that time that only the extremely wealthy Roman citizens could afford. 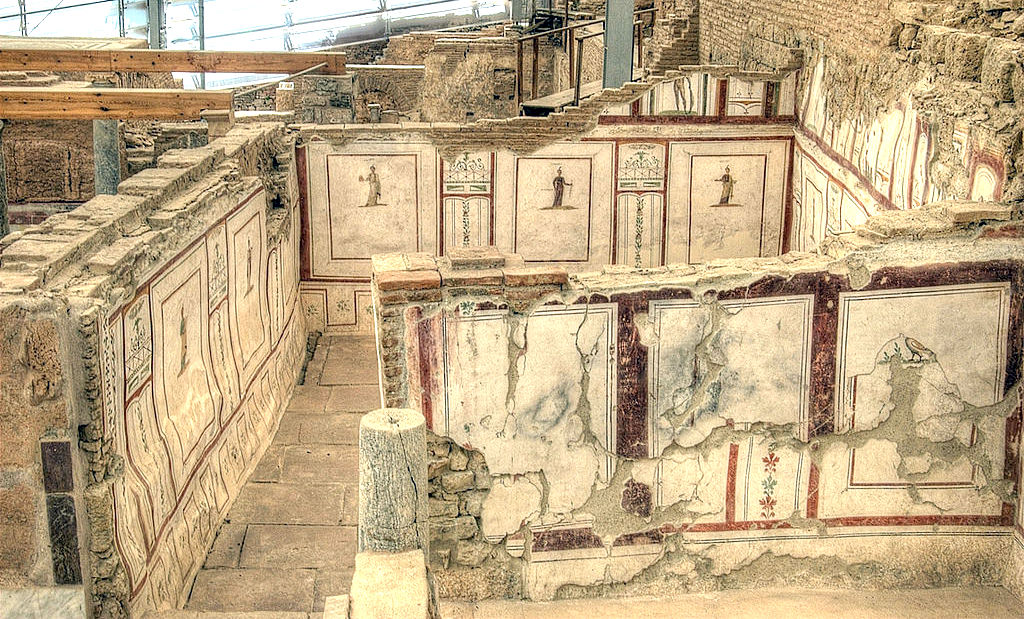 Coming out of the Roman terrace houses, the immediate sight appearing on the left-hand side and at the end of the Curates street is the Celsius Library. Flanked by the gates of Mazaeus and Mithridates, the majestic two-storey landmark simply has a front façade to boast about, yet it is impressively simple.

Originally flattened to the ground by a series of earthquakes and neglect, in 1905, archaeologists rediscovered it. Excavations only started 65 years later, but it took 8 years to uncover and restore the stones in their original place. Holding more than 12,000 scrolls, it was the third largest library in the ancient world. Constructed by Celsus Julius Aquila as a tribute to his Roman senator father, massive columns support the front façade comprising of three narrow entrances, of which niches on either side contain replica statues of Arete, Episteme, Sophia and Ennoia that in Roman times represented knowledge, wisdom, intelligence and valour. 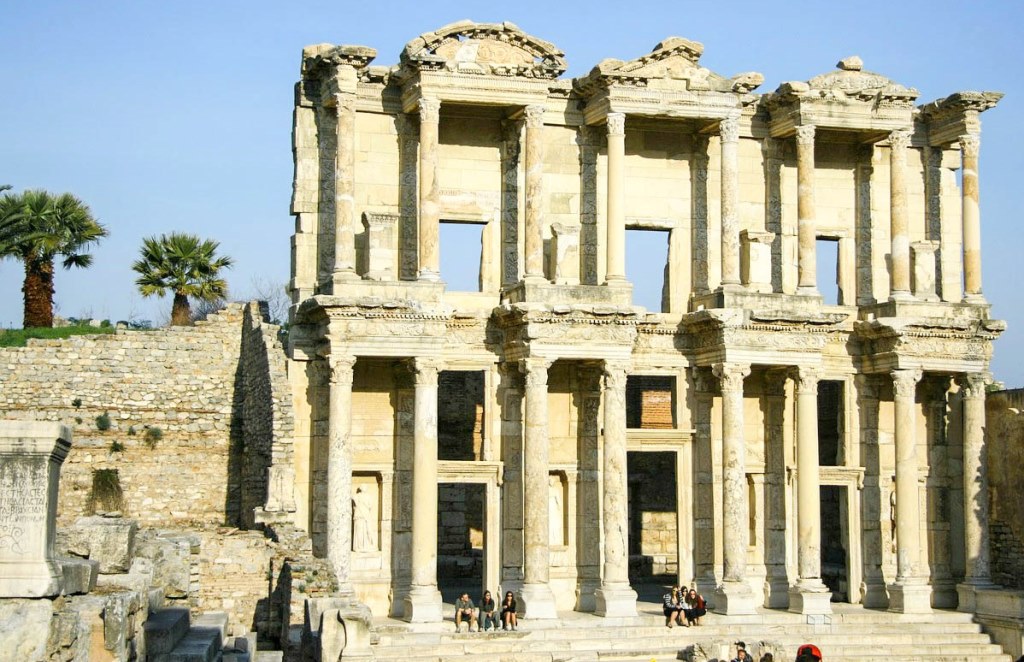 Where Curates streets end, Marble Road starts. Often used for ceremonial purposes, historians have also proved pedestrians had pavements and vehicles used the road as well. The most quirky landmark on Marbles Street is small but humorous. An engraved footprint, accompanied by the depiction of a woman, points the way to a house where mosaics and paintings of women lined the walls. Historians have concluded that this was indeed a sign showing the way to the local brothel otherwise known as the love house. 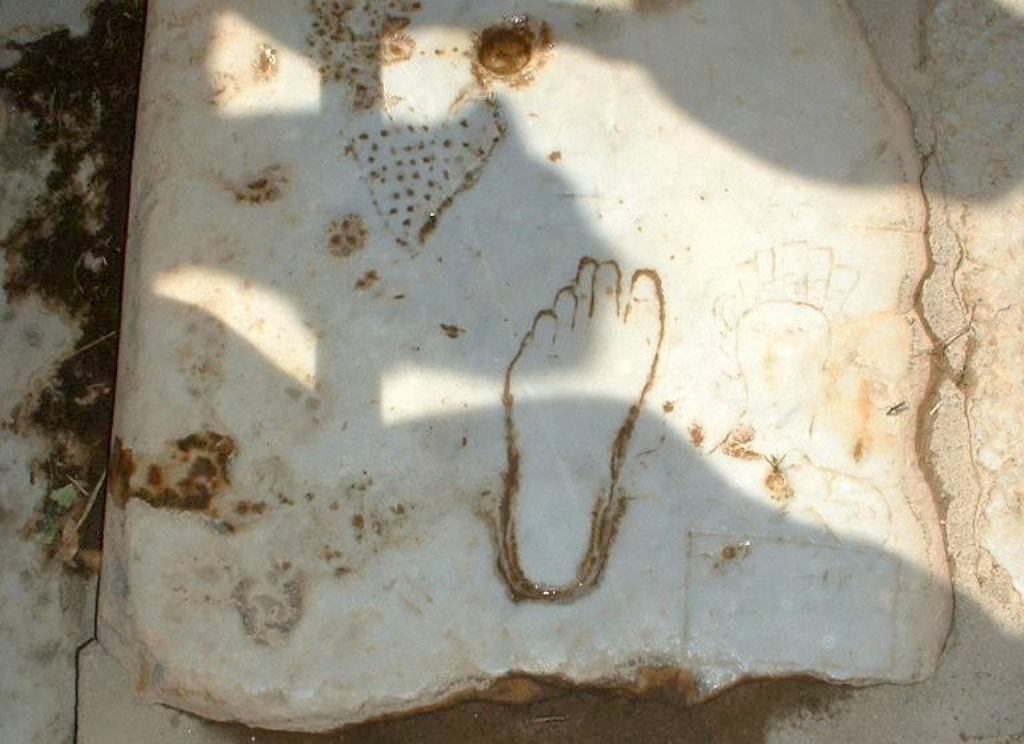 One of the most talked about and a highly celebrated landmark to see in Ephesus is the 25,000 seater Grand Theatre. Embedded into the slope of Mount Pion, the Hellenistic style theatre was of a large social importance. In recent years, a gladiator graveyard found nearby confirmed it was a violent playground for fights and animals shows. However, it also has a biblical claim to fame. This is where Demetrius the silversmith started a riot against Saint Paul because sales of his souvenir models of the goddess of Artemis declined when Saint Paul preached Christianity in the city. Pavarotti, Sting and Elton John also performed concerts in the grand theatre primarily because the intricate acoustics excelled their performances.

Leading on from the theatre, visitors pass another agora and onto the harbour street, that takes them to the northern exit. It is indeed an extensive but pleasant walk through one of the world’s most famous ancient cities, but if you have time left, the Ephesus Museum in the nearby town of Selcuk holds many artefacts, statues, and everyday items used by the old citizens of Ephesus ancient city. Nearby the museum, the Temple of Artemis was also part of the old city boundaries. As one of the seven wonders of the ancient world, just one lonely column still stands yet it is a perfect end of landmarks to see in Ephesus. 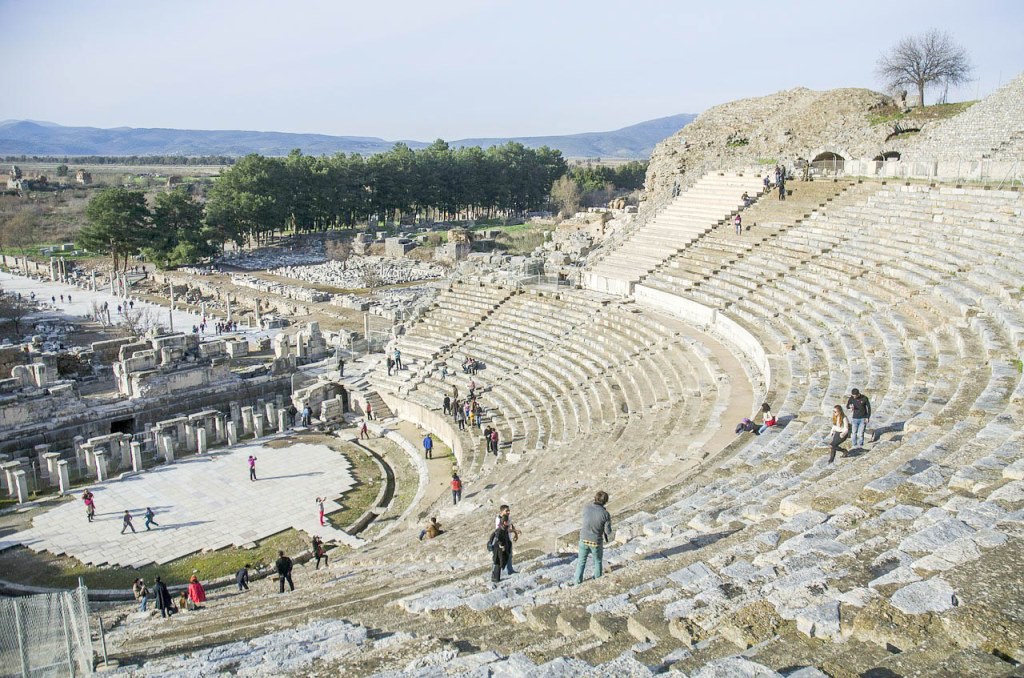