7 famous castles in Turkey that will blow you away

While notable kings of the world built elaborate palaces, armies constructed magnificent castles. With a strong emphasis on the practical rather than luxury and grandeur, the castles were traditionally used in history as defence against invading enemies.

Turkey has its fair share of castles scattered from coast to coast in prominent destinations. Thankfully, there is no need for them in their traditional capacity, and most have turned into popular tourist attractions. Some, however, are still the focus of ongoing excavations by experts eager to delve more into the history of these lands. If you are traveling around Turkey, or seeking a day trip from your Turkish villa, the following castles are worth seeing. 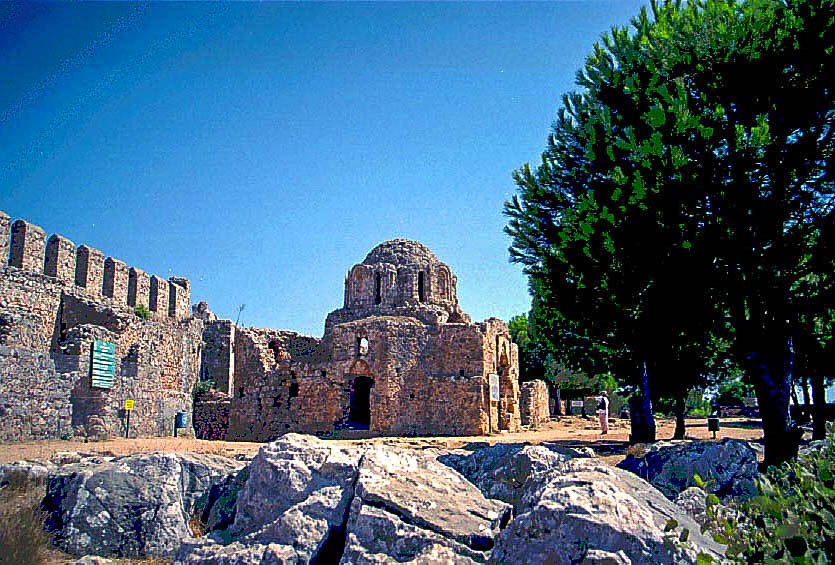 Belonging to the Antalya region on the Mediterranean coast of Turkey, Alanya castle is awaiting approval for addition to the UNESCO World Heritage site list. Offering a fantastic view of the coastline, the 6.5-kilometre castle walls with 140 watchtowers hold within it traces of Roman, Byzantine, and Seljuk presence, although much of it is credited towards the latter 13th-century existence. At 250 meters above sea level, it is a steep walk to the top, so catch transport going up and then spend hours indulging in the peace, tranquillity, and actual storyline of Alanya’s famous open-air museum.

Built by the Knights of Saint John in 1402, the castle sitting on the coastline of Bodrum is its most notable landmark, and probably the most famous of the Bodrum villas you'll see on the peninsula. It is surprising to learn that the Knights built it with stones from the remains of the nearby Mausoleum of Halicarnassus, one of the seven wonders of the ancient world.

As well as a defence port, other uses include a military barracks and prison in the 19th century but its greatest moment of fame was when it became the museum of underwater shipwrecks, and more importantly the biggest in the world devoted to archeology under the sea. Its most famous exhibit is the Kas Uluburun shipwreck dating from the 14th century BC. This late Bronze Age ship discovered in 1982 by Turkish sponge divers had an impressive cargo of which some is on display in the museum.

Also known as, Kalekoy, Simena castle is undoubtedly not as pompous or grand as castles in the western world, yet the fantastic panoramic views looking down on the famous gulet yachting scene of Turkey that frequently drops anchor in the bay, leave lifetime memories, and makes the perfect selfie background.

Dating from the Byzantine era, with the purpose of fighting off pirates, ancient Lycian tombs scatter the vast landscape, but the walk up to it is also great fun. Following a winding cobbled path uphill, passing by the local houses, it is not for anyone with walking difficulties. They can instead stay at the bottom and feast on Simena’s famous homemade ice cream. 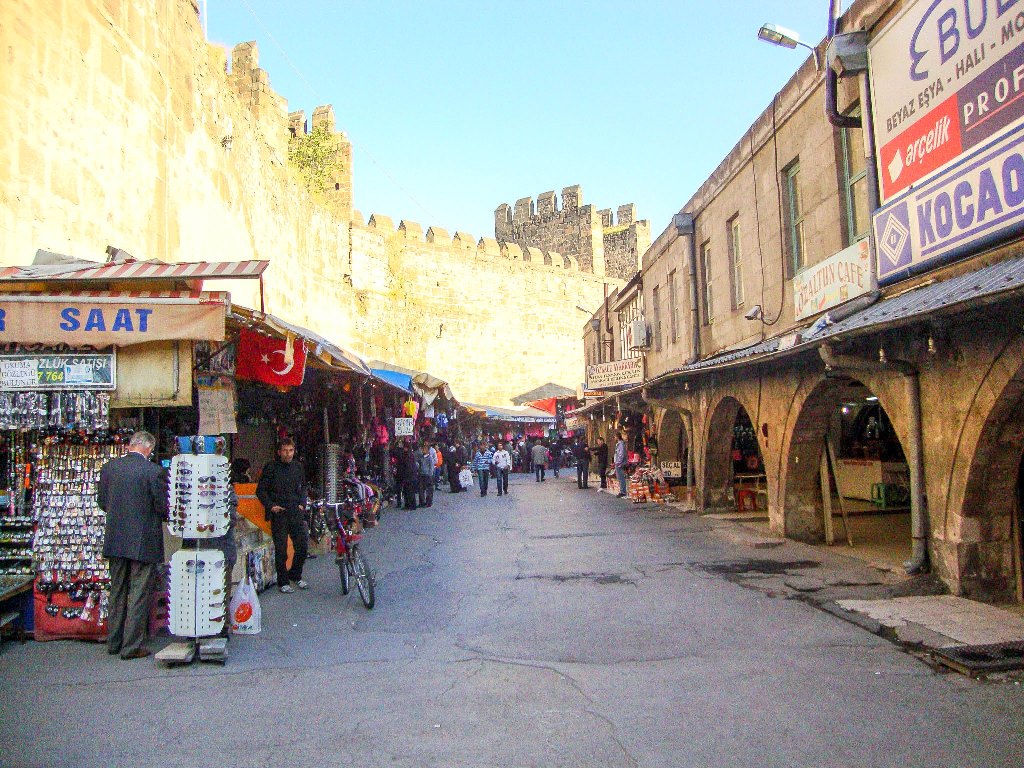 4 The Majestic Castle of Kayseri

Kayseri Castle is significantly different from the others in that it does not have fantastic panoramic views, but its strategic position right in the heart of the city promotes a surreal appearance when surrounded by the modern day landmarks and shops. Boasting of 18 watchtowers, stallholders selling a variety of goods have now set up their stands in the interior courtyards and passageways.

Historical documents have never revealed its exact age but experts suggest that it was during the rule of Roman emperor Gordon the 4th that construction started. The castle is particularly splendid when lit up at night-time. Although Kayseri is not generally marketed as a tourist destination, a 2-day trip to see the castle and other Ottoman landmarks can be added onto a visit to nearby Cappadocia. 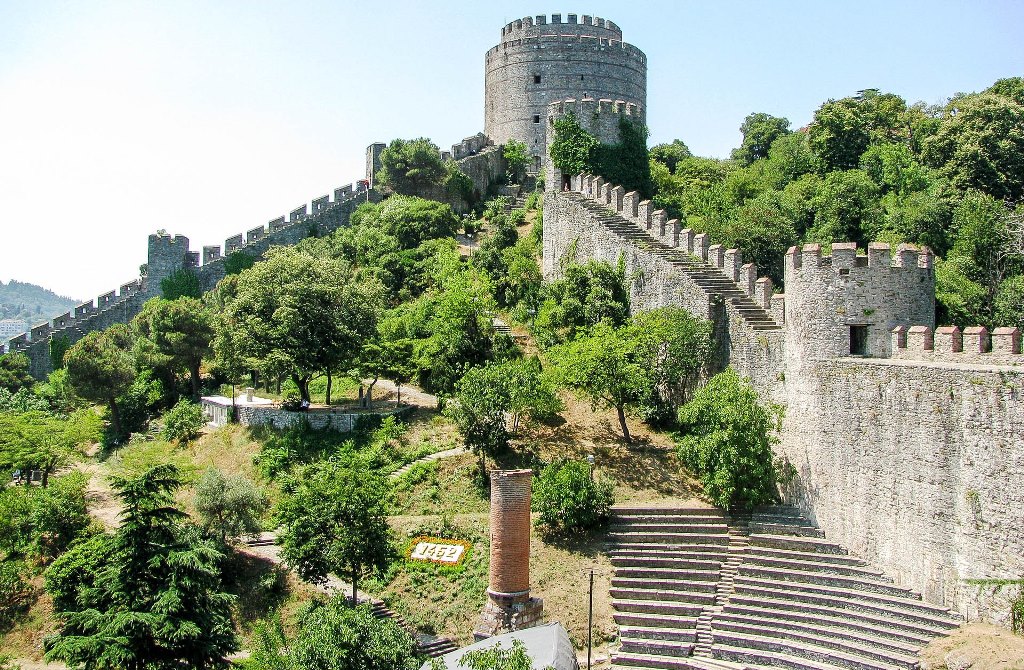 5 Rumeli Hisari: The Castle That Changed the Course of History

Sitting in the Sariyer district of Istanbul, the sole purpose of Rumeli Hisari on the European side of the Bosphorus was to help the Ottomans capture Constantinople. Dating from 1451, thousands of workers completed the project in just 4 months and Sultan Mehmed the 2nd was able to control ships sailing into Constantinople therefore cutting off supplies. Even after, he came to rule, it continued to be used as a watchtower because the sultan realized the strategic position of that part of the Bosphorus.

A famous story speaks about a Venetian ship that famously ignored orders to stop. From Rumeli Hisari, cannons were fired, the ship sank, and surviving crewmembers were beheaded. This sent a message about the dominant importance of the castle in protecting the newly captured Constantinople. These days, its use is purely peaceful as a concert venue and is one of the country’s top open-air museums. 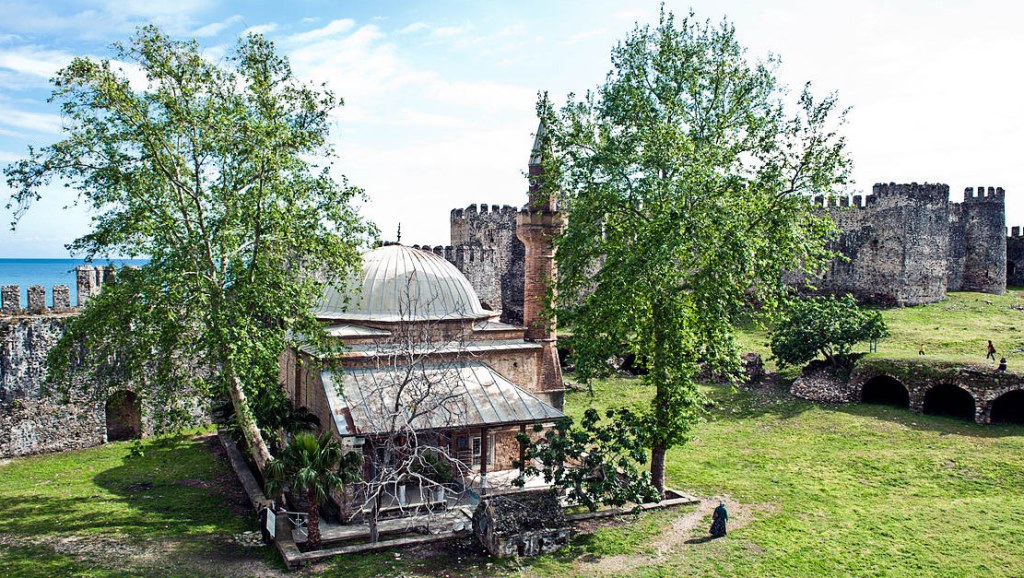 Mainstream travel publications rarely feature Mamure Castle because of its coastline setting outside of the touristic areas in Turkey. Yet for repeat visitors to Alanya, and independent travelers, it is a must-see site of Mersin on the Mediterranean coast. Its grand appearance is impossible to deny, and it would make the perfect setting for a medieval film of knights, rulers, and bandits.

Built by Armenian kings on the foundations of a 4th-century Roman castle, its real purpose was to fight off pirates although, in later years, it was enlarged as a port of defence. With three main courtyards, a ruined Turkish bath and lighthouse remains, slowly explore the incredible size of 23,500 square meters at your leisure because large bustling crowds rarely appear. 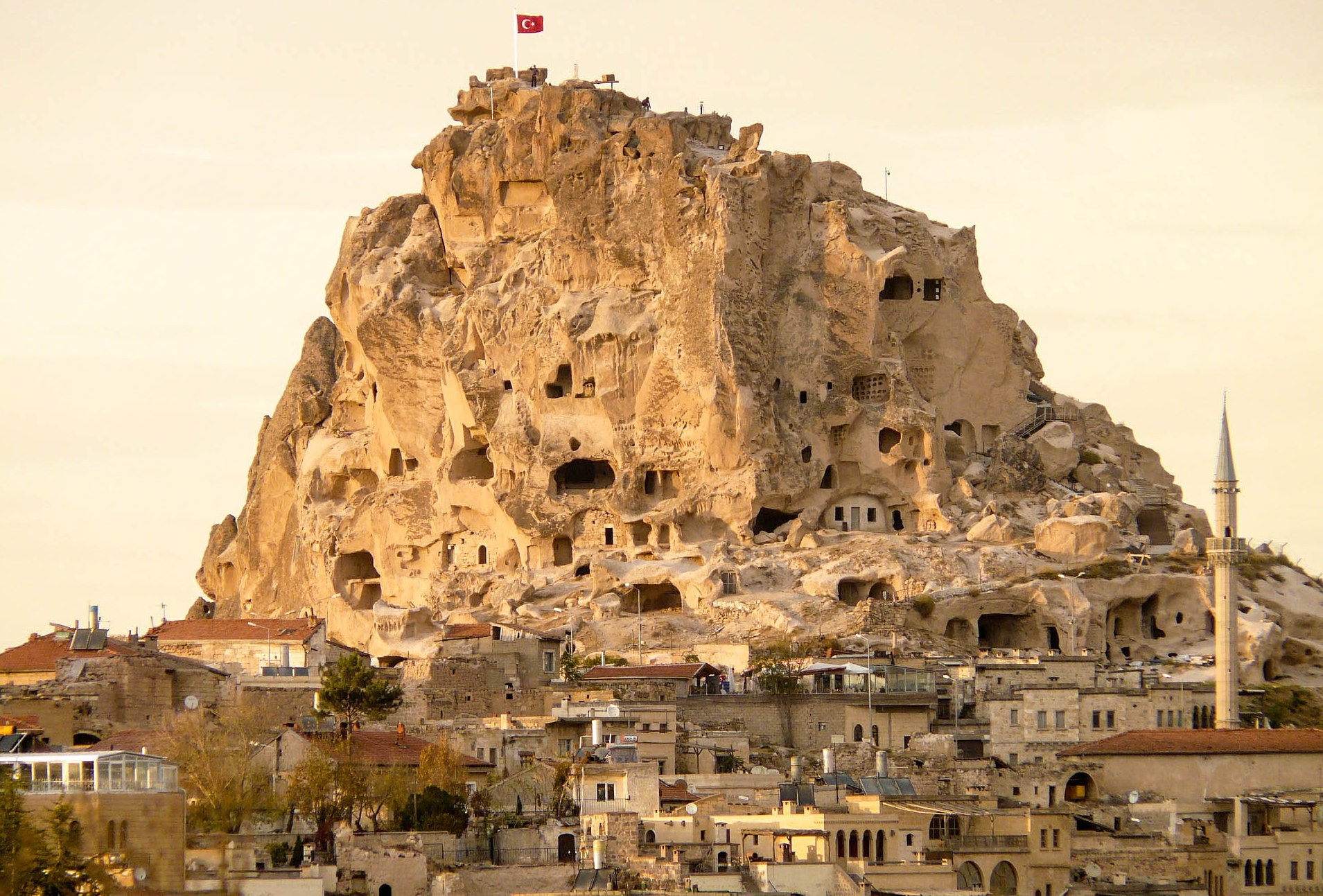 7 The Weird Castle of Uchisar

Possibly the ugliest castle in Turkey, Uchisar can also be called the most unique because man carved it out of the rocks instead of purposely building it from the ground up. Known as the tallest point in the Cappadocia region, Uchisar has the fantastic landscape views to boot, but the stark interior also intrigues because corridors lined with rooms eventually lead to the tallest point where people used to live in caves carved into the exterior walls. On a clear day, Mount Erciyes stands proud in the distance and cars on the main road running from Uchisar to Goreme seem like miniature models.