Property Turkey Blog Why is Antalya So Popular?

Why is Antalya So Popular?

Official Turkish government stats prove Antalya is popular, not only with foreign tourists but also Turks from around the country and many expat nationalities. The ultramodern Antalya airport handles more than 18,000,000 million passengers every year, and copious more amounts of people come in via road and seaports.

Sitting on the Mediterranean coast of Turkey, Antalya is the second most popular holiday destination in the country after Istanbul.

Announcements in national newspapers by tourism industry experts, also predict Antalya will be more popular in 2018 than ever before. However, why are people flocking to the area year after year? For more than one reason. 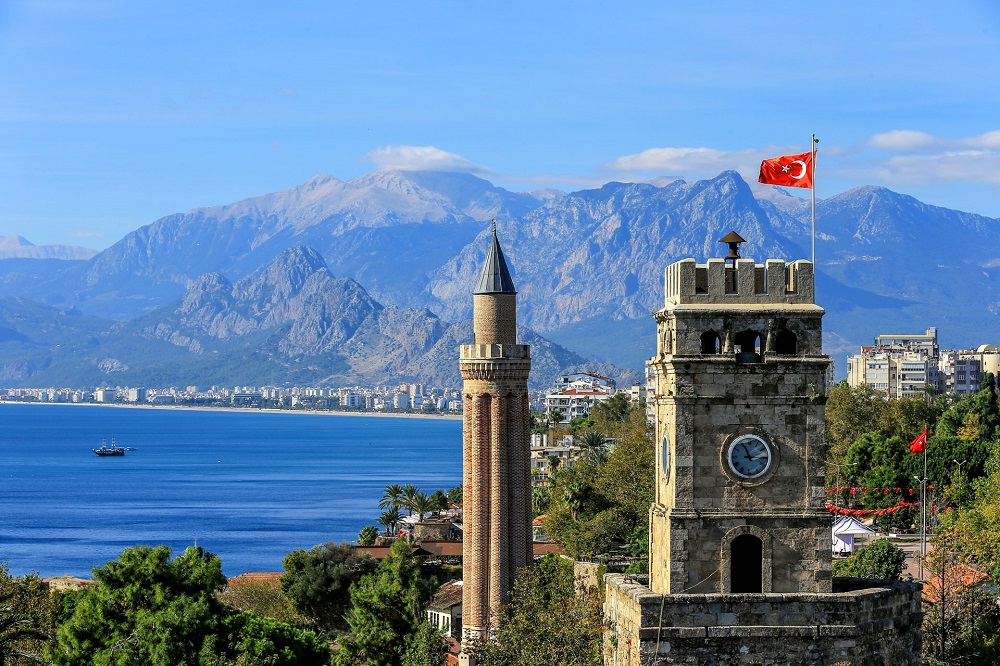 Why is Antalya So Popular?

When it comes to serving up value for money, Antalya does it with style. Holidaymakers and expats have many opportunities to be frugal with their money, whether out shopping at local bazaars, dining in traditional Turkish restaurants, or taking their kids to local attractions. The bonus is that in 2018, everyone is going to get even more value for money with a favourable exchange rate between their home country currencies and the Turkish lira.

2: It Also Does Luxury with Finesse

Millionaire weddings are now a focal point of Antalya’s social event scene, and the region is home to some of Europe’s most expensive hotels like the Marden Palace and its Olympic sized swimming pool that is so big, you need a gondola ride to cross it.

Eating out can also be a fine affair with restaurants employing world-renowned chefs while luxury brand name boutiques will soon relieve your purse of your hard-earned cash. So even though Antalya attracts bargain holidaymakers, don’t stereotype it as a cheap and cheerful destination because diversity is one of its strengths and it also does luxury on a grand scale.

3: The Golfing Capital of Turkey

Belek, a small coastal resort of the Antalya region is a golfing mecca with ultramodern courses, smart clubhouses and golfing property taking pride of place on its promotion scene. Tournaments such as the Turkish Airlines Open have been held on courses designed by leading golfers like Nick Faldo.

Additionally, when the G20 summit was held there in 2015, many world leaders like the American leader Barrack Obama took to the golf course for some downtime. Antalya now matches the likes of Portugal and Spain on the international golfing holiday scene.

The Mediterranean climate of Antalya evokes outdoor living, and this particularly appeals to adventure sports enthusiasts who like canyoning in the Kas district, white water rafting in Alanya or skiing on the Saklikent mountain.

They also canoe over the sunken ruins of Kekova, paraglide in Kas or rock climb in the Geyikbayiri district. Novice sports enthusiasts sign up for a short jet ski course or scuba dive among boat and plane wrecks in the Mediterranean. When it comes to adventure sports, Antalya really does offer it all.

5: The Starting Point of the Lycian Way

The Lycian way, a marked 516-kilometre walking trail running from the Antalya district, along to the Mediterranean coast to Fethiye attracts walking and trekking enthusiasts from all over the world.

Covering many historical ruins and sites, the Antalya part of the trek includes attractions such as the ruined city of Olympus and the church of Saint Nicholas in nearby Demre. Many people who are not walking enthusiasts also complete the trek via car, making Antalya the ideal destination for a road trip of the D400 highway.

6: A Major Hub of The Turkish Riviera

The Turkish Riviera stretches from the north Aegean around the coastline to eventually finish in Antalya on the Mediterranean. Along with Marmaris, Fethiye, and Bodrum, Antalya is one of the major hubs of the Riviera. Displaying skills and ability in boat building and maintenance, as well as sailing and nautical themes, Antalya of one of the best destinations in Turkey for yacht owners.

The coastline of the Antalya region from the eastern district of Alanya to Kas stretches for 350 kilometres and includes long stretches of gorgeous sandy beaches. Hence Antalya makes a roaring trade in beach holiday packages with many seafront hotels booking up fast.

Some beaches receive more praise than others because of their beautiful landscapes and warm Mediterranean waters. These include Konyaalti and Lara in the main Antalya town centre, the beach shared between the resorts of Olympus and Cirali as well as beaches in Alanya like Cleopatra. 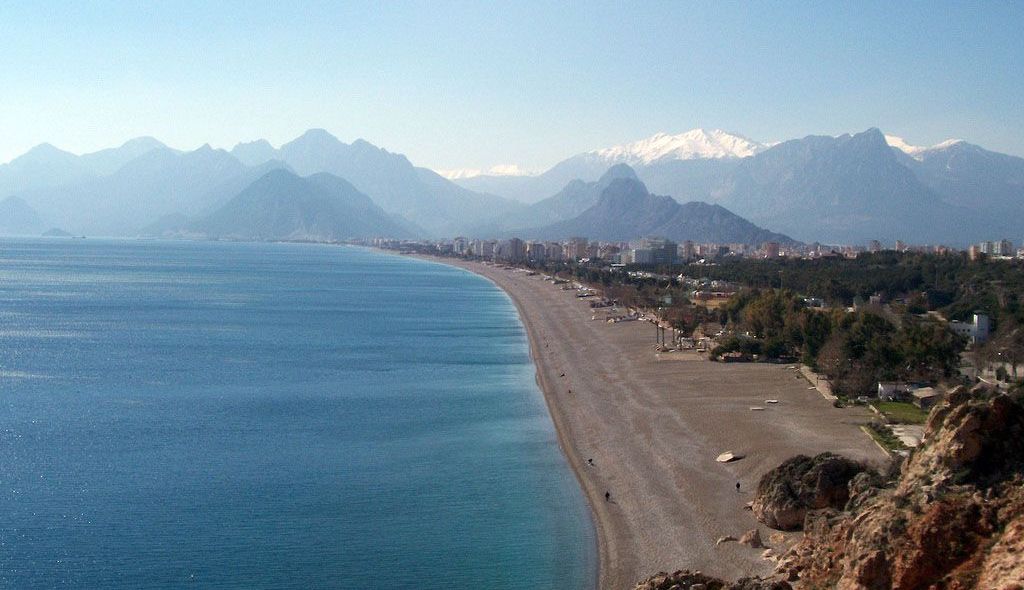 The Antalya region easily lures history lovers because of ancient ruined cities like Aspendos and its perfectly intact Roman theatre or Side with its landmark temple of Apollo and the ruins of the old city in the heart of the new one. Having been the home of many civilisations throughout history, they all left their mark including the Lycians in ruined cities like Olympus or the old sea trading port of Phaselis.

Kaleici, the old town in Antalya city centre wins admiration because of its Ottoman-style architecture, while many artefacts from across the region are on display in the Antalya Archaeological Museum, one of the regions most popular attractions. 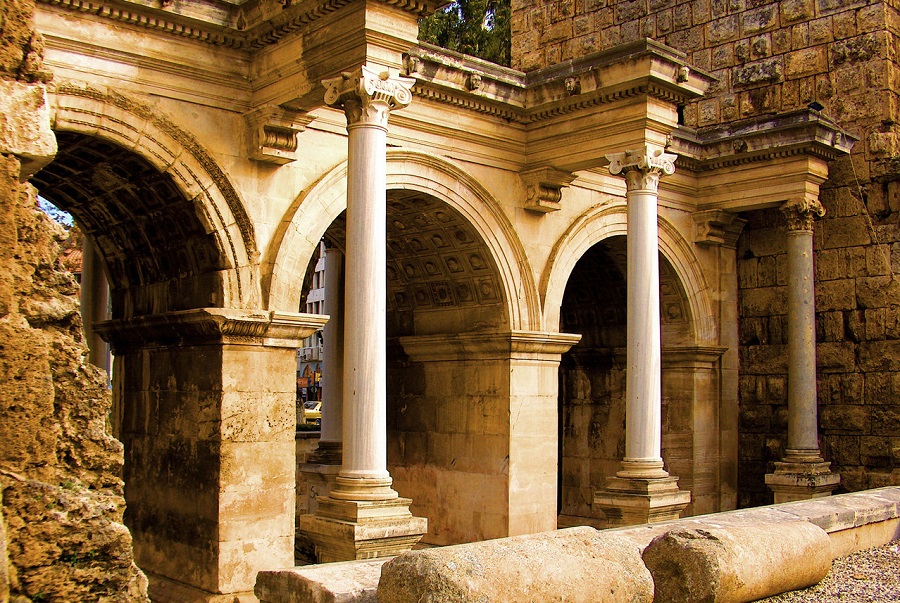 9: The Diversity Satisfies Everyone

Lastly, Antalya’s remarkable ability to satisfy everyone regardless of social background draws in the crowds. While resorts like Didim on the Aegean coast, cater for the Brits, Antalya attracts many nationalities because of its multicultural ambience.

Families also find what they are looking for in kid’s theme parks and attractions while groups of friends’ head for the ultramodern nightclubs playing the latest dance music of the season. Solo travellers easily get around and blend in, while couples indulge in romantic, moonlight dinners and luxury hotel suites.

Antalya was one of the first regions in Turkey to embrace tourism in the early 1980s, so locals have become experts at what they do, making Antalya popular in the process.

Further Reading: If you want to know more about why Antalya is so popular, our blog articles on the region talk about things to do, places to go and what to see. 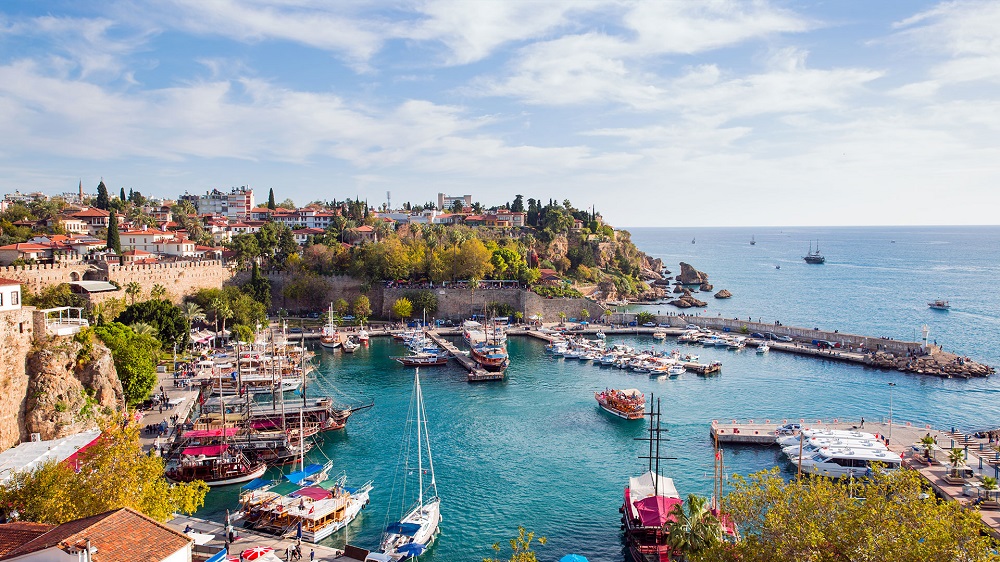