Trabzon: The Gem of Turkey’s Northeast

Travellers and adventurers who have tired of the favourite hotspots of the West and South Coasts of Turkey will be more than enchanted by the hidden delights around Trabzon, a Black Sea resort in the northeast.

As a major city of the Karadeniz region, Trabzon packs a punch on all fronts; cultural, historical, and visual and given its once-influential location on the ancient Silk Road between latter-day Europe and Asia, the Venetians, Genoese, Greeks, Ottomans, and Russians frequently visited it.

Today Trabzon is one of the most important and active cities on the Black Sea, thanks to its economic and commercial trade that flows through its port. Just as notable is its elite status as home to the accomplished football team Trabzon Spor and its place in the history books, as the birthplace of one of the most famous Ottoman rulers, Suleiman the Magnificent.

Therefore, it would be wrong to dismiss Trabzon as just another working city. It has many points of interest, photographic opportunities packed with fascinating heritage, and oceans of greenery that has helped it acquire the 'cleanest city' tag in Turkey and now draws in tourists looking for a health kick. For first-timers, here is a round-up of some of the key places and experiences to sample during your stay in Trabzon.

Nestled on a hillside some 4,000 feet above the Altindere valley in the Pontiac mountain range, this stunning, former Greek Orthodox monastery has become a major tourist attraction in its own right, for not only its stunning views but also its cultural significance. Legend has it that this 4th-century monastery was created by two monks following the discovery of a Black Madonna - a latter-day statue of the Virgin Mary - believed to have been painted by the Apostle Luke.

The site fell into disrepair and was rescued many times during its long and vibrant history by various rulers. Within the monastery, are living quarters, and a church with impressive Biblical frescoes. The site was abandoned in 1923 due to the Greek and Turkish population exchange, with the Black Madonna allegedly being spirited away. The monastery, lying 40km from Trabzon, was closed for one-year in September 2015 for extensive restoration by Turkey's Ministry of Culture and Tourism. 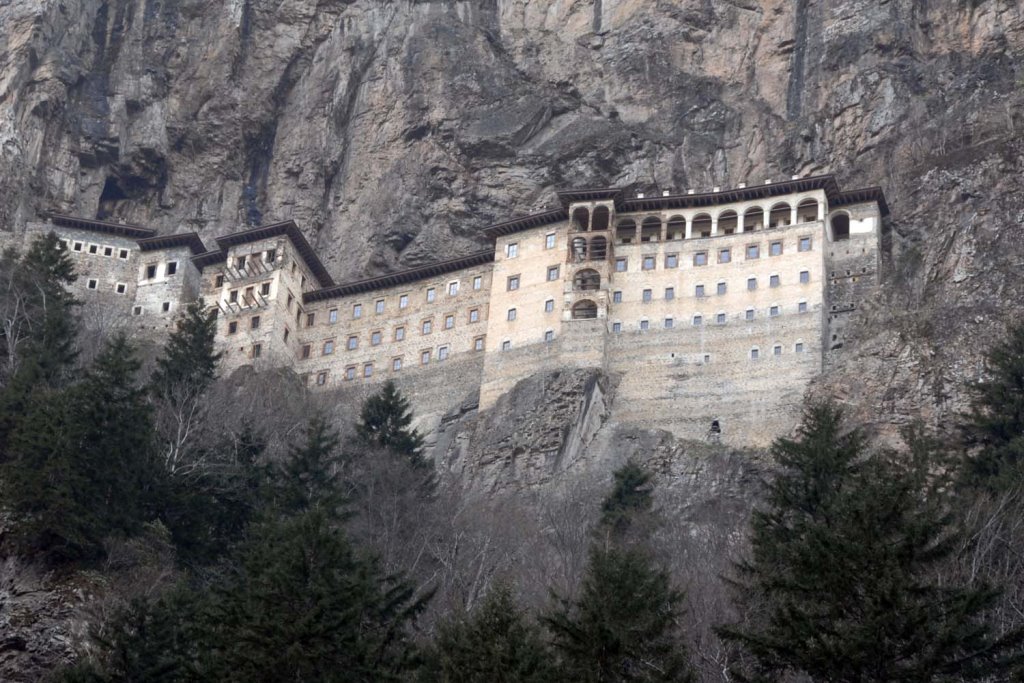 Starting out as an Italian-influenced mansion house for a Greek-origin banker, it was used latterly as a headquarters for military operations during the Turkish War of Independence and was the place where Mustafa Ataturk, the founder of the Republic, stayed during his first visit in 1924. Serving as a governor's residence and a girls' high school before it was assigned as a museum, it took 13 years to restore it. In 2001, it was opened as the Trabzon Museum and now houses nearly 4,000 items of regional archaeological, historical, and ethnographic importance.

A veritable time-warp, this house is in which Mustafa Kemal Ataturk resided twice during his visits to the city in 1934 and 1937. Located in Soguksu, the house features period pieces and serves as a monument to Ataturk.

Widely regarded as the city's leading attraction, this Byzantine church dates back to the 13th century, but centuries later was converted into a mosque and is now today a museum. Its walls are adorned with religious frescoes, but a legal dispute over whether it should be a mosque or remain as a museum is ongoing. 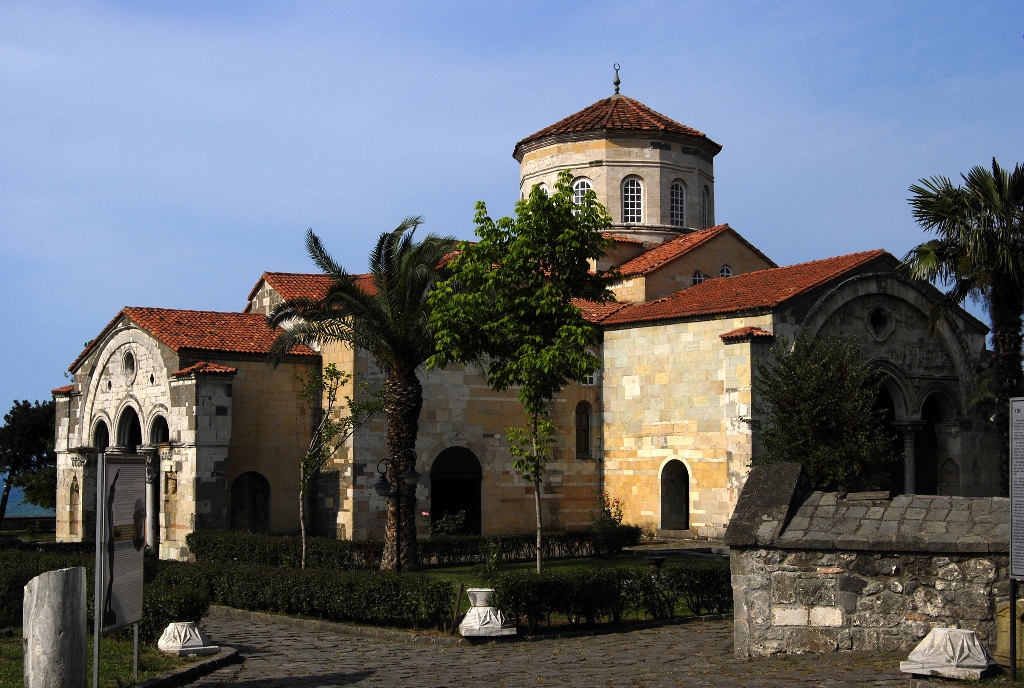 A small example of Trabzon's natural beauty, this little park gives panoramic views over the city. Located three kilometres from the centre, Boztepe is home to four sacred fountains, including Dragon Fountain where legend has it that Alexios II of Trebizond slain a dragon.

100 kilometres away from Trabzon, the large lake, and its surrounding forested valley, remains a favoured but natural tourist attraction. The lake lies within the Caykara district and is famed for its natural beauty, set among the enveloping mountain forests. Either a day trip or an overnight stay will leave you completely enchanted. 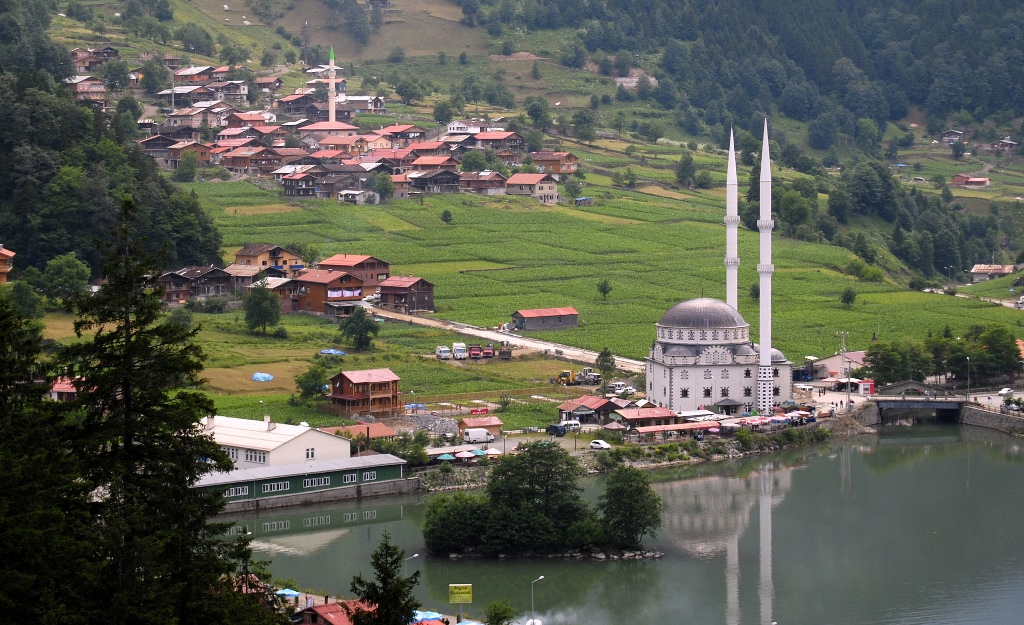 Trabzon is packed with local delicacies. The renowned regional cuisine is hamsi, or anchovies, which are part of the staple diet of a Trabzonite. Hamsi accompanies rice or bread and is even made with baklava. For the adventurous, why not try Muhlama, a type of gooey fondue made from cheese, butter, and cornmeal. Equally, you'll be hard-pressed not to accept a hazelnut (findik) or two, as 99 percent of Turkey's production emanates from the Trabzon region.

The city has many other attractions including shopping along Uzun Sokak, one of the main thoroughfares; the bazaar district in the narrow alleyways around the town square; four local mosques, such as Fatih Mosque and Iskender Pasha Mosque. The castle, unfortunately within a military zone but those with a penchant for football, can check out the new imposing Trabzonspor Akyazi Arena, home of the town's leading football team. 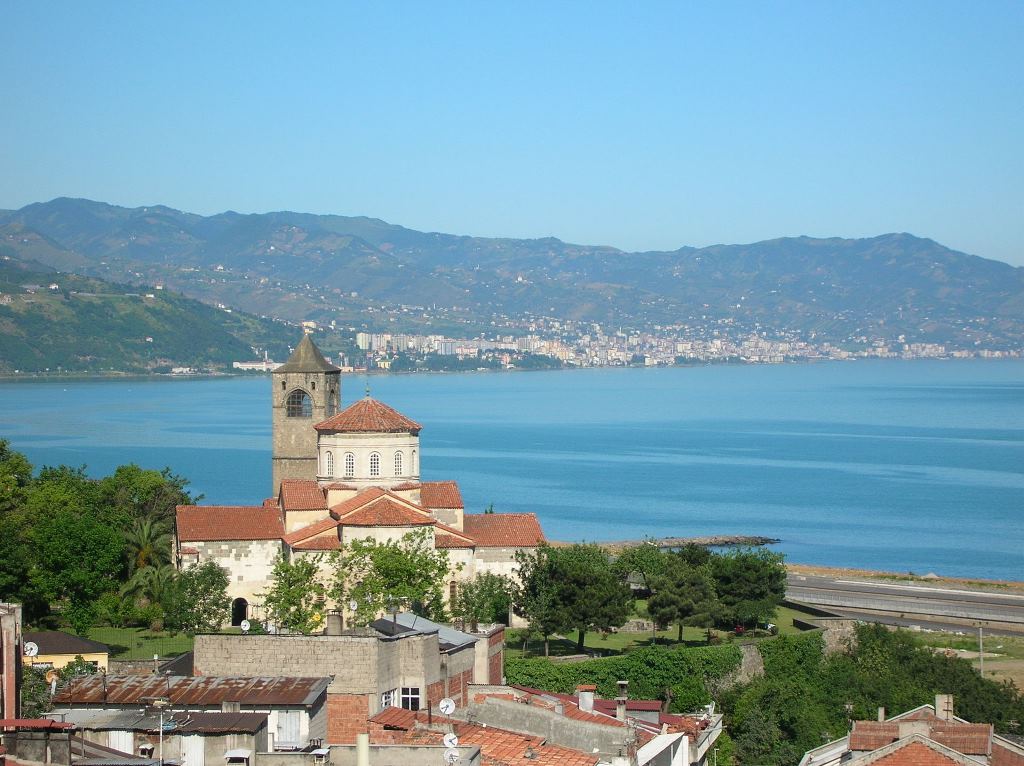