Property Turkey Blog What is Istanbul like in September?

Knowing what Istanbul is like in September ensures a comfortable and fun visit. Istanbul is quite unlike any other global city. The vast metropolis's beating pulse commands instant respect from everyone who knows her. Even though Istanbul is no longer the capital, many say, if Istanbul collapses, so would Turkey. This statement reflects its importance as Turkey's centre of business, finance, tourism, real estate, education, and health. Home to the famous Bosphorus waterway, the mosques, restaurants, bazaars, and favourite sites imprint a sense of wonder and explain why many global property buyers chose to invest in bricks and mortar. So, let's consider what to know about Istanbul in September and where to go. 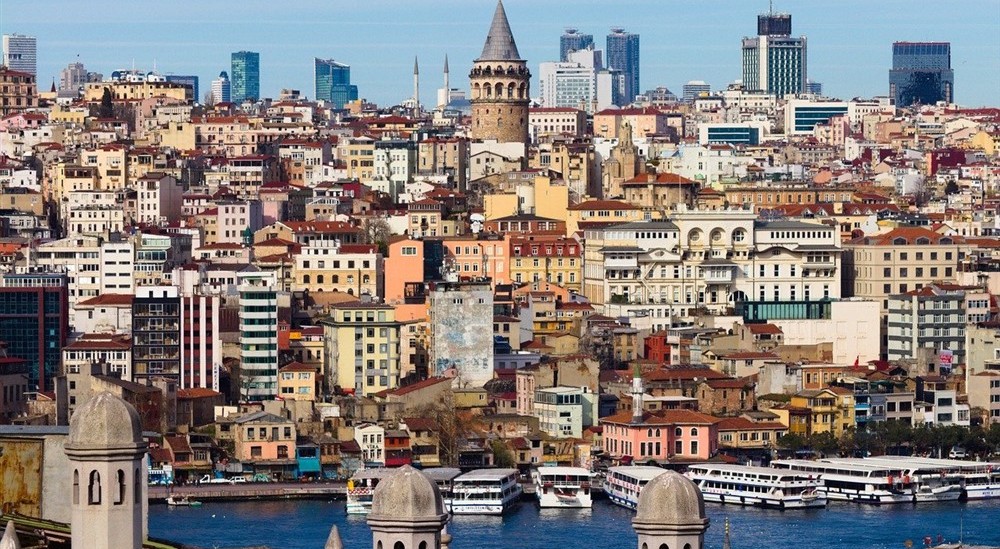 About Visiting Istanbul in September

The beginning of September in Istanbul is still hot, with temperatures averaging 27 degrees. However, as the month goes on, the temperatures slowly drop until the 22nd of September, when the glorious Autumn season arrives. We love Autumn in Istanbul. Daytime temperatures are perfect, and although nights start to get cold, wrap up to enjoy al fresco-style dining. When the end of September arrives, temperatures drop roughly 5 degrees, making daytimes ideal to get out, sightsee, or look at a property.

2: What to Wear in September

Pack your shorts, t-shirt, hat, sunglasses and suncream for the daytime. Rain rarely falls during September, so don't worry about an umbrella or boots. The weather is still lovely enough to go swimming. Some hotels in Istanbul have swimming pools or head out of the city towards the black sea coast for the best beaches in Istanbul. If visiting towards the end of September, going into October, pack a light jacket or jumper for evenings.

Here is the thing to know about Istanbul. As Turkey's biggest city, with a population of roughly 15 million people, Istanbul is always crowded, except for outskirt Bosphorus villages sitting off the beaten track. However, tourist sites receive a steady stream of visitors every day. Some tips, though, to avoid the peak times during September are visit main attractions like the Hagia Sophia and Topkapi palace, as soon as they open. Most tourists are still in their hotels having breakfast during these times. Likewise, visit them on the weekdays to avoid Turkish families who descend on weekends when the kids are off school—more about how to escape the crowds in Istanbul.

Naturally, crime happens in Turkey's most significant and busiest city. However, you can have a safe visit in September by not laying yourself open to opportunity crime. Do the same you do at home. Keep your wallet or handbag close to you, only use licensed taxis, do not accept drinks from strangers, and do not walk alone at night. Regarding scams, always check your bills in restaurants, keep an eye on the exchange rate and amount entered into credit card machines. Don't pick up the shoeshine brush (this is common); and men shouldn't go with other men who offer to take you to a bar for drinks.

The Sabiha Gokcen airport services the Asian side of Istanbul, while the new Istanbul airport services the European side. Both have flights all year round, including September. We will arrange transfers from the airport for anyone arriving to view the property with us. But if coming just for the sights, pre-book private transfers, get a taxi from the airport, or catch the local Havas buses.

There are two popular areas for tourists to stay in Istanbul during September. The first is the Fatih district. This gives easy access to the main tourist sites of the Sultanahmet district. The second area, new Istanbul, falls into the Beyoglu district. This provides easy access to Istiklal avenue, which offers a vast range of bars, restaurants, and shops. Comprised of smaller neighbourhoods, Beyoglu has an impressive historical timeline as the former site for foreign consulates. Increasingly more travellers, especially repeat visitors choose the district because of the many things to do. 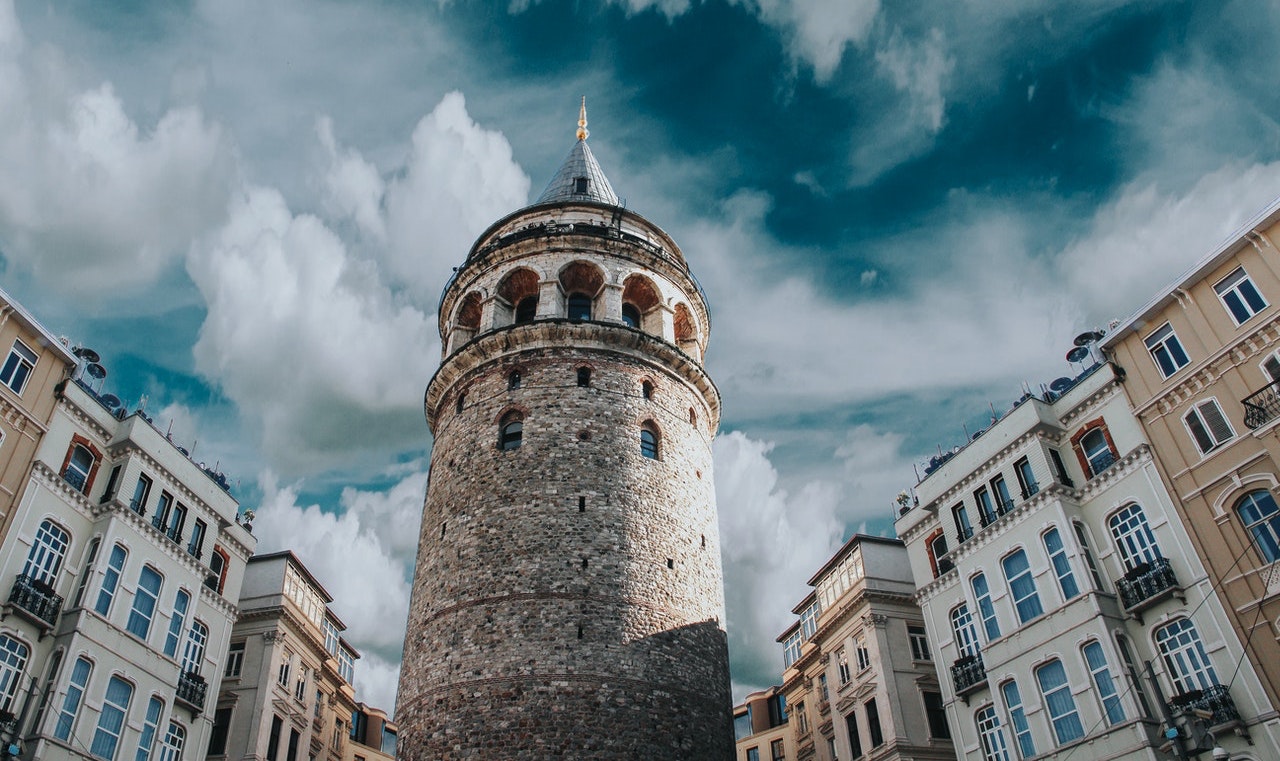 7: Food and Drink in Istanbul

So, naturally, exploring the main sights of Istanbul is fun, but during your September visit, also introduce yourself to a whirlwind of flavours and tastes. When considering what food and drink to consume in Istanbul, prepare for vast choices. Of course, tourists enjoy international steak and pasta houses, but we also recommend going traditional Turkish. Find out where and what to eat in Istanbul.

8: The Sultanahmet District of Istanbul

In Istanbul, the Sultanahmet district receives the most visitors in September, who flock to see the old buildings of former Constantinople. All belong to the UNESCO World Heritage site list; and notable is an understatement. To think these buildings constructed hundreds of years ago still stand in their prime is a fantastic achievement by man. Let's look at the main sites to visit.

Blue Mosque: Also called the Sultanahmet mosque, this building portrays architectural perfection. The nickname comes from the hundreds of blue interior tiles adorning the walls and ceilings. They twin with many windows to let in natural light. Don't forget to cover up and maintain silence since this is a place of worship.

Hagia Sophia: This architectural gem was once the world's largest domed building. Since its days as a church, the building has functioned as a mosque and museum and has now turned back into a mosque. As soon as you walk through the doors into the interior, your jaw drops. The large size promotes a strange sense of silence and prepares the camera for the fantastic Islamic calligraphy.

Topkapi Palace:  Sitting just around the corner from the Hagia Sophia, the Topkapi palace was the first home for the Ottoman sultans when they invaded Constantinople in 1453. Tour the kitchens and armoury and see the circumcision room for the Ottoman princes. Also, pay the extra fee to see the harem.

Basilica Cistern: This landmark building of Istanbul seems like another world. Visitors descend a stone flight of stairs to arrive at a damp underground structure that supplied the old palace of Constantinople with water. Often called the 1001 columns, walk to the back to see the upside-down heads of Medusa. 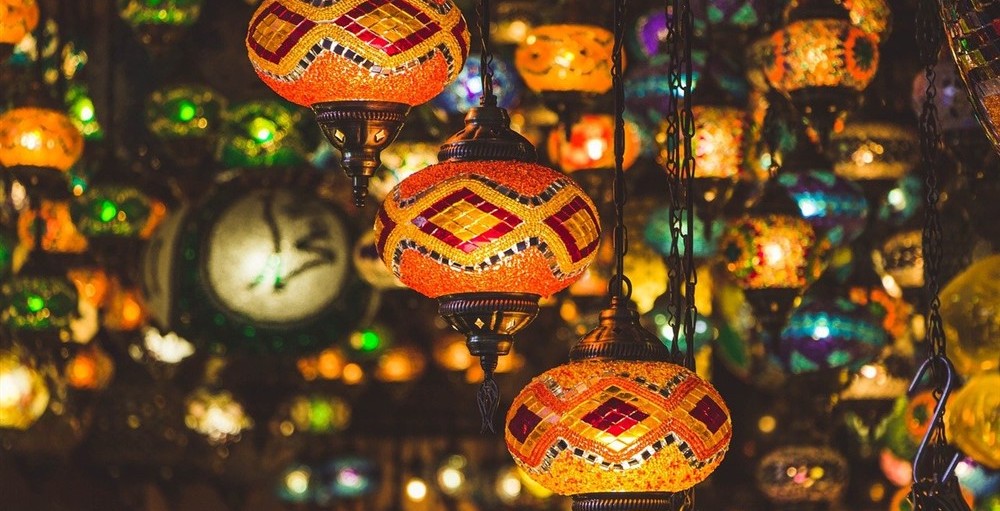 9: Other Places to Go and Things to Do

More Things to Do in Fatih: So, Sultanahmet sits in the Fatih district of Istanbul. Although many people head to explore the new side of Istanbul, if time allows during your visit in September, tour the Fatih district to see other sites. Explore nostalgic neighbourhoods of Istanbul that feature churches and alternative architecture. The bright coloured houses amaze, the Grand Bazaar baffles with maze-like structure, and vibes are far from typical Turkish.

Istiklal Caddesi: From the tunnel funicular to Taksim Independence Monument, the primary function of this 1-mile Istanbul Street is shopping and nightlife, but old buildings still stand among modern builds. Such is the hype; 3 million people walk along it daily, making it Turkey's busiest street. Recognised in international travel magazines by the distinctive red tram operating up and down the road, exploring the shops, landmarks, and characteristic neighbourhoods should be on your agenda during September.

Kid Friendly Activities: We understand. For parents to have a good time, the kids must be happy. You may think a city break destination doesn't have much for kids to do in September, but this couldn't be further from the truth. As a country, Turks love kids, and establishments go far out to ensure they are happy. Our list suggests where to take kids on a day out in Istanbul.

Best Museums in Istanbul: Museums are a focal point of any city. They highlight interesting historical storylines, exciting tourist attractions, and an eye into the past. In the case of Istanbul, naturally, as Turkey's biggest city, an abundance of museums awaits any visitors during September who enjoys this kind of themed travel.

Famous Turkish Baths in Istanbul: To indulge in a Turkish Hamam is to enjoy the ultimate in grooming and relaxation. This ancient tradition is an excellent insight into Turkey's culture, and many locals today, both young and old, do the bath as a resting ritual. However, the Hamam is more than just a place to clean the whole body. The bathing culture is to relax and ease aching muscles in piping hot water and is a central part of social rituals. After a busy day sightseeing around Istanbul in September, the Turkish bath is a great wind to relax.

Beautiful Green Parks in Istanbul: Many people assume Istanbul doesn't have green areas, yet the opposite is true. The last 15 years have seen a new trend across the world to preserve parks, squares, and gardens, within cities typically nicknamed concrete jungles. Don't forget about old parks dating from the Ottoman empire. During September, chill out, relax in them, and see an alternative side of Istanbul.

Asian Istanbul: So, most tourism in September happens in European Istanbul, yet the Asian side of Istanbul is rising in popularity as more travellers seek to understand this great city away from the typical tourist sites. Two main hubs of Asian Istanbul command fame are Uskudar and Kadikoy. However, we love getting the ferry to the nostalgic Princes Islands, especially during September. This article talks about those three hubs and the major attractions and landmarks to see within them.

Shopping in Istanbul: Ah, there is no better place to empty your wallet, purse, and bank accounts than Istanbul. The city easily matches other well-known global destinations for shopping choices, including large, state-of-the-art malls, local markets and bazaars, boutiques, designer, and traditional stalls. We also briefly introduce the art of haggling in Turkish style. So make sure you save money for your September visit.

Bosphorus Villages: In September, explore the Bosphorus strait if the heat gets too much. Many empires have fought for this stretch of water because the location gave them a strategic edge over the rest of the world. These days, life is much quieter, and people enjoy touring the seaside villages or jumping onboard a ferry cruise to spot the old mosque, castles, and yali mansions, Turkey's most expensive property market. 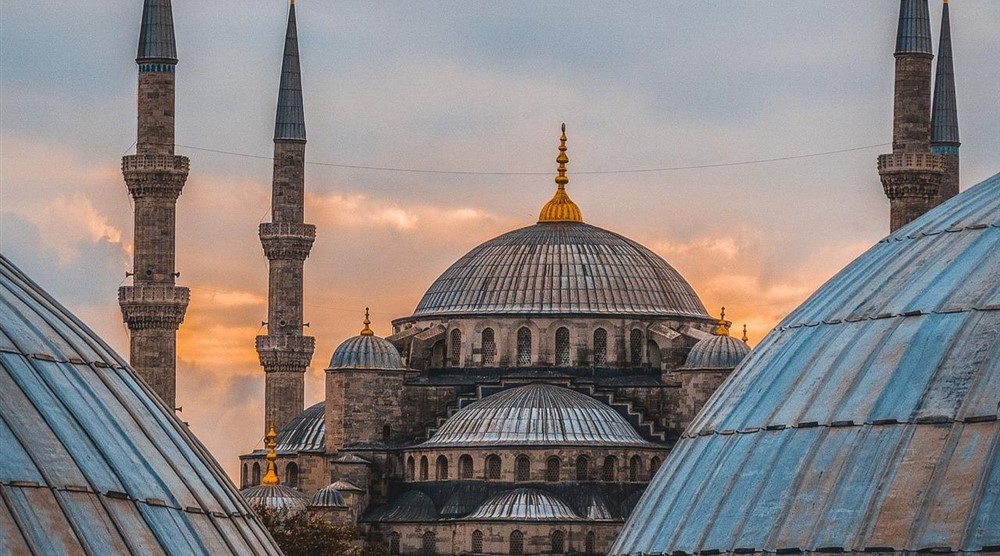 More About Istanbul and Turkey

So, we hope we have answered your question about what Istanbul is like in September and given additional ideas on how to have fun. To explore more of Istanbul or head to other areas of Turkey, our countrywide blog will be of use. Talking about the food, place, culture, traditions, and much more, our blog is the one-stop guide to Istanbul and Turkey.