Museums are a focal point of any city’s infrastructure. As interesting tourist attractions, and an eye into the past, they highlight the best and worst of humanity. In the case of Istanbul, naturally as Turkey’s biggest city, an abundance of museums awaits any visitors who enjoy this kind of themed travel. If time is limited, though, we have picked our top eight favourite museums that we think will become the highlights of your visit to the bustling and cosmopolitan metropolis. 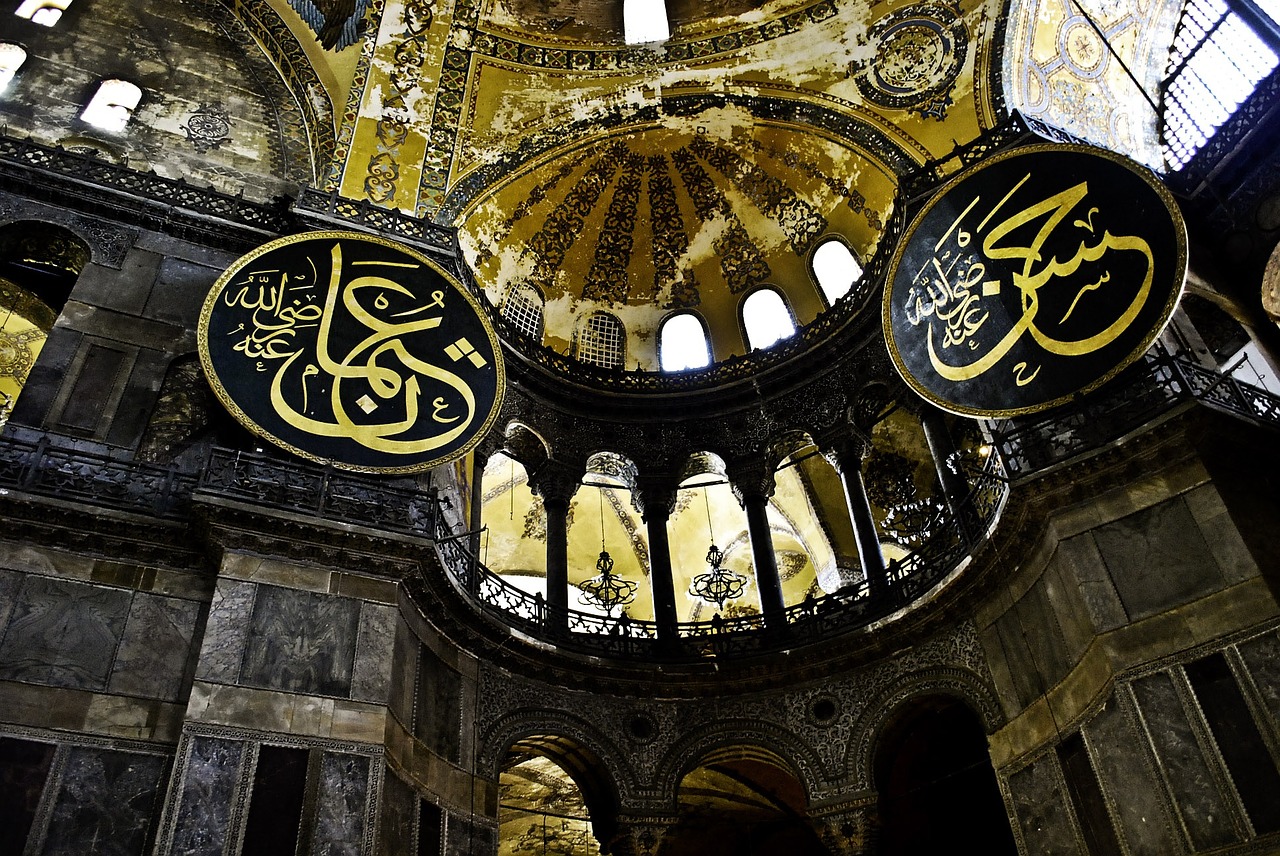 The Glory of the Hagia Sophia

The former church and mosque doesn’t have exhibitions or glass-case artefacts on display because the highlight is the building itself. Many would say it is the finest building in the whole of Turkey because it combines pinocle features of both Byzantine and Ottoman architectural trends.

The first building, originally built by Byzantine emperor Justinian between 532 and 537 was destroyed but rebuilds and restoration efforts have been made since then, to keep the glory of this ancient building alive.

Inside treasures of Christian frescoes and large Islamic calligraphy plagues perfectly display its timeline throughout two completely different and contrasting empires. Walking into the main hall, the large dome dominating the ceiling stuns most visitors who are in awe of the tall structure, yet it is from the upper galleries that the perfect view is on show. 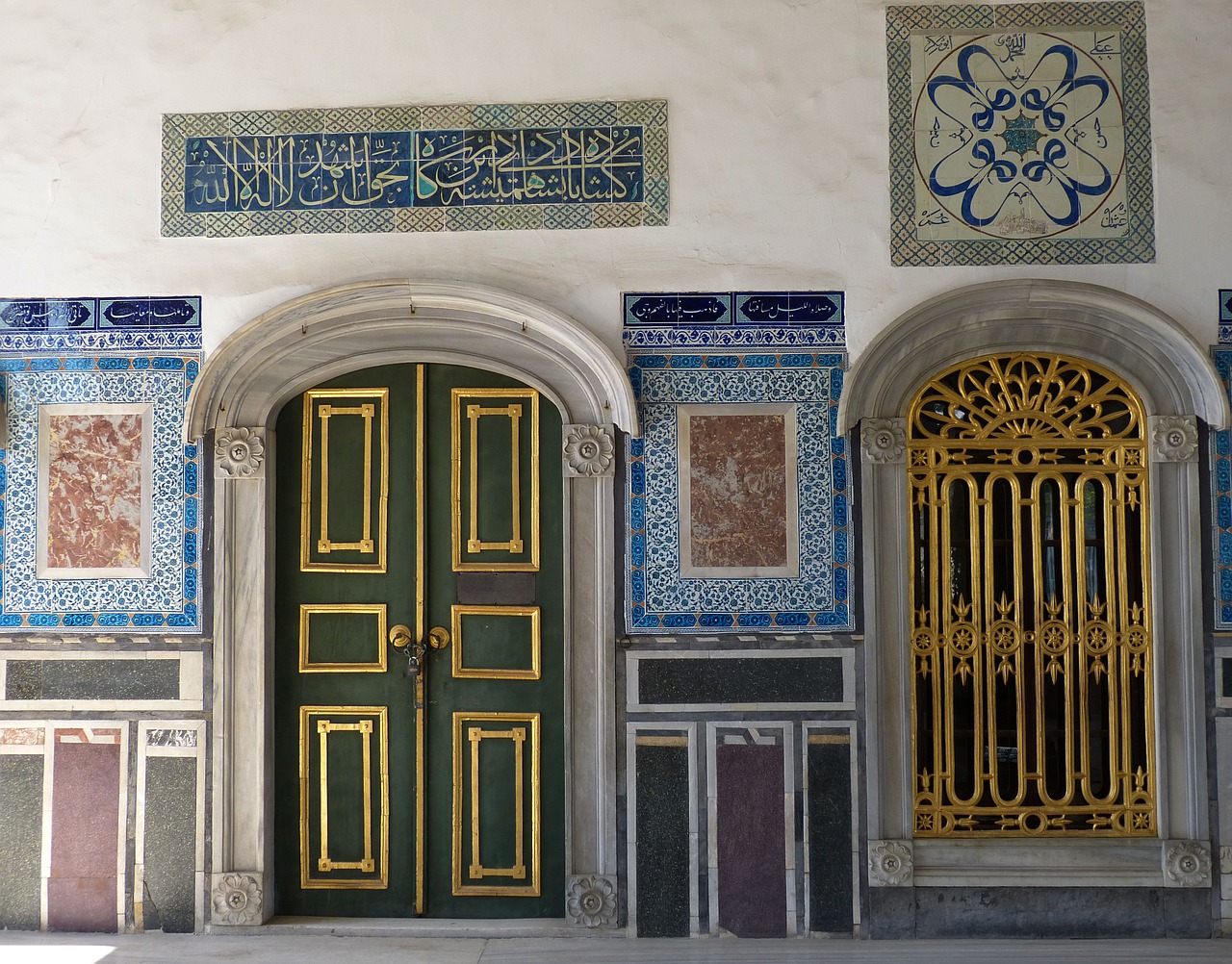 Sitting within the palace grounds of the first Ottoman rulers, is the Topkapi museums housing many old many artefacts from their reign that stretched for nearly 500 years. The treasury is a startling example of wealth and extravagant lifestyles showed through jewels, gold and silver while the armoury showcases the sometimes humble and sometimes lethal weapons they used.

Walking through the palace, visitors view bizarre clothing trends of the Ottoman sultans through original dress items carefully preserved in glass cases. Part of the most valuable collection though is the 36 portraits of Ottoman rulers over the years. As well as portraits painted by commissioned artists, European painters also joined in and the diversity between the two styles highlights different art trends of that time. 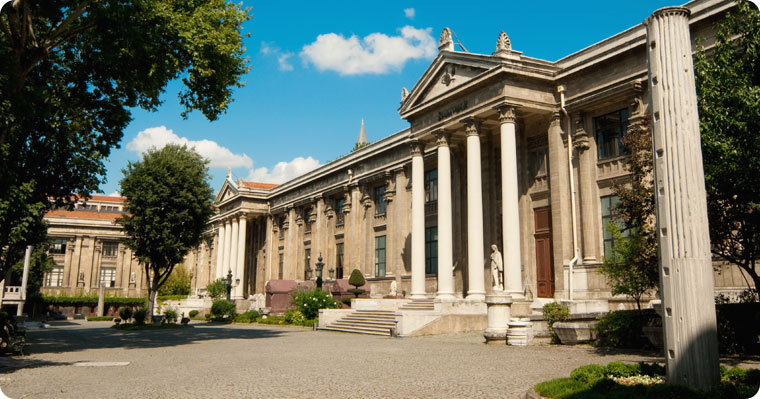 Sitting in the Eminonu district near the ancient Topkapi palace, the archaeological museums hold some of the world's finest artefacts and the museum has an esteemed reputation that is respected all over the world by historians.

Three sections make up the large collection and include main archaeological finds, the museum of the ancient orient, and the museum of Islamic art. The sarcophagus of Alexander the Great is the best attraction but other pieces include the original Egyptian-Hittite peace treaty and many Roman artefacts from around the world. Altogether the museum showcases more than 15,000 historical items opening our eyes to the past.

Museum of Turkish and Islamic Art

The small size of this 16th-century building sitting across from the hippodrome in Sultanahmet square is deceiving because inside are some of the finest examples of Turkish and Islamic art throughout history.

As the former home of the Grand Vizier to the Ottoman ruler Suleyman the Magnificent, the building includes ethnographic collections as well as rugs and textiles from nomadic tribes that were particularly active during the beginning of the Ottoman Empire during the 13th century. This museum is also famous for its Turkish coffee served in the cafe within the grounds. 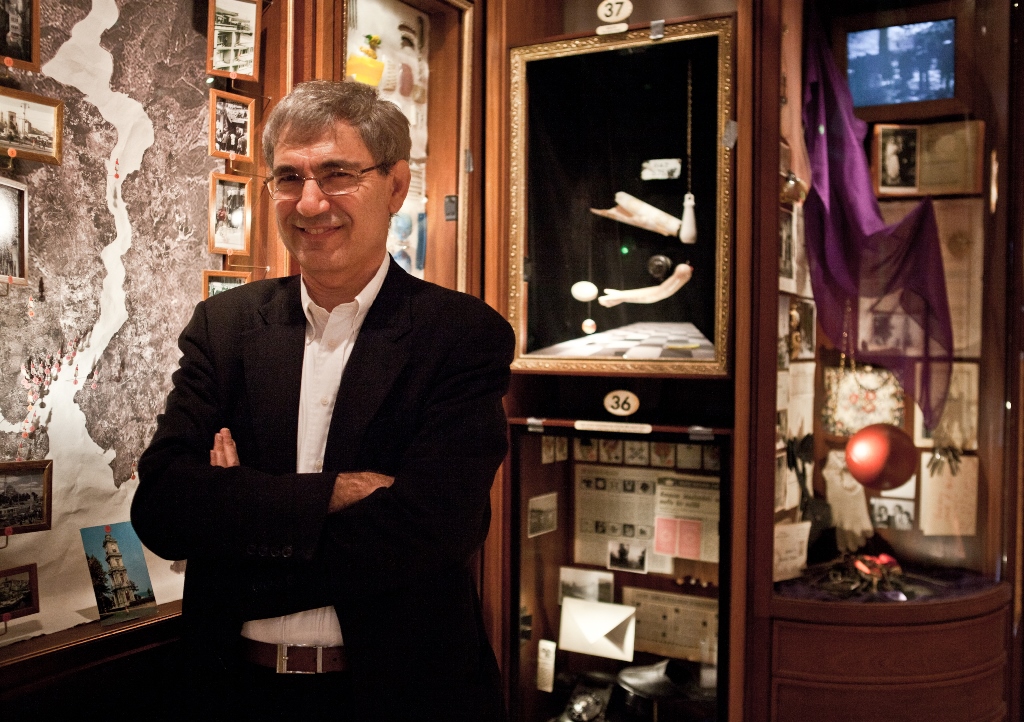 Museum of Innocence by Orhan Pamuk

Put together by Turkey’s most famous male author, the Museum of Innocence, named after one of his most famous novels is a tale of two lovers separated for life. The male builds a collection of items to remind him of the love he lost and the author replicates this in the real-life museum. Audio guides and private guided tours are available in the wheelchair friendly museum of the Beyoglu district. Reading the novel is not essential before visiting but doing so, adds a knowing ambience to the visit, and enhances the experience.

The Museum of Modern Arts

Opened in 2005, this museum highlights the cutting edge of the art scene in Istanbul, a city so big that naturally art takes many forms. Its main features are contemporary Turkish art, video, and photography and at various times throughout the years, specific exhibitions highlight an artist or theme. Also in the Beyoglu district, the collection, within 8000 square metres on the Bosporus shore is open from Tuesday to Sunday. 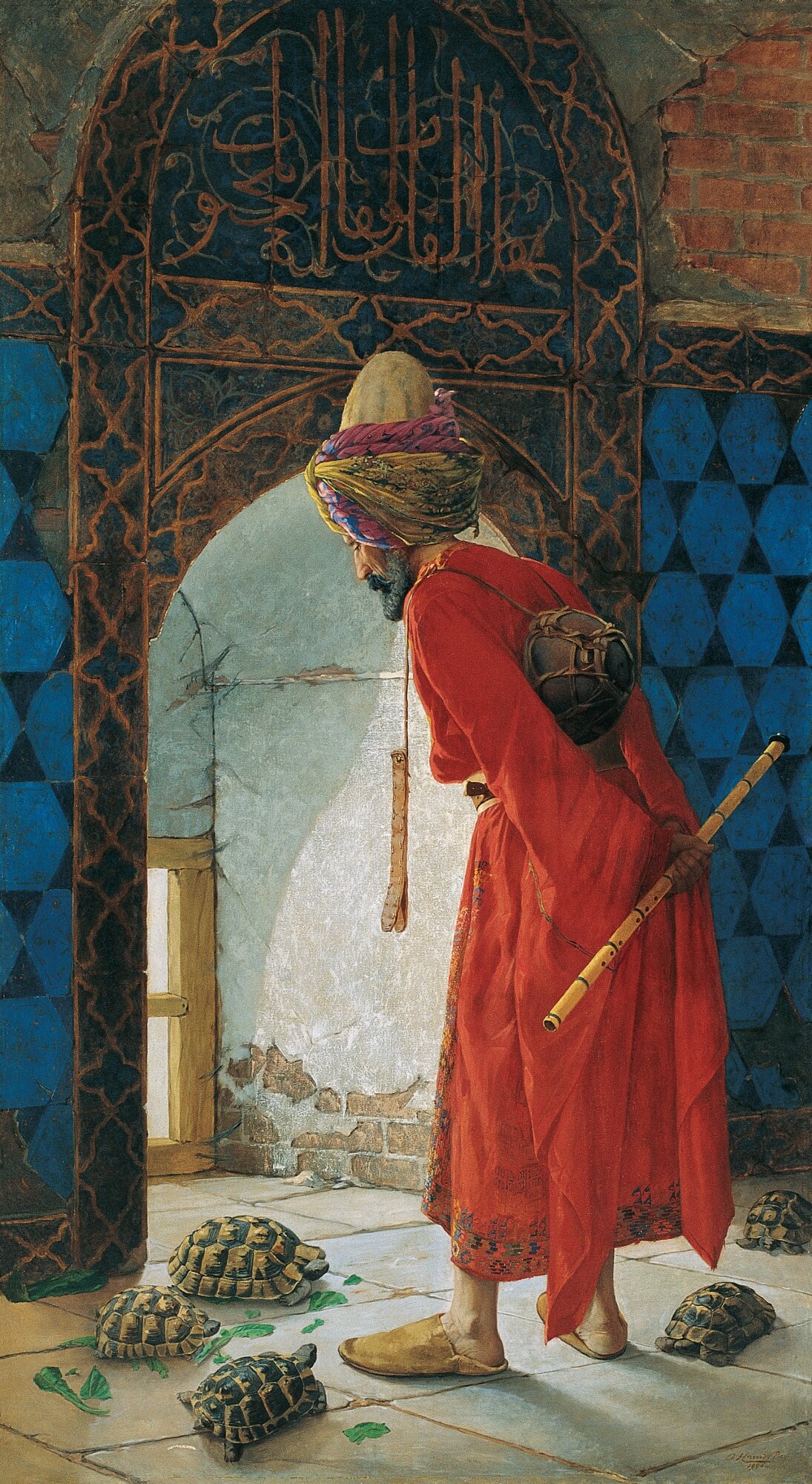 Impressive 19th-century art and Anatolian artefacts of this museum include the famous Ottoman painting by Osman Handi Bay called the Tortoise Trainer. Made in 1906, it sold in 2004 for a staggering 3.5 million dollars. Signifying the rule of Ottoman sultans at that time, the painting is a metaphor for their slow adaptation to modernisation and not long after the painting was made, the Ottoman Empire was disbanded and nicknamed the “sick man of Europe.“ This event made the painting more famous as many said the artist foresaw a sign of things to come.

This museum displays the mighty fighting power of the Turks over 1000 years. The grounds, filled with now defunct fighting machines such as jet planes and tanks take an hour to explore while inside, more than 50,000 artefacts portray prominent battles, figures, and lives of Ottoman military soldiers over the years.

Every afternoon during summer, an Ottoman band playing in the front courtyard receives overwhelming praise but the most notable feature is the chains that stretched across the Bosporus in 1453 to prevent the Ottomans invading what was then Constantinople and under Byzantium rule. It was a symbol of change from Christian to Islamic rule. Naturally, the founder of Turkey, Mustafa Kemal Ataturk is featured heavily since he was a commanding officer of the Ottoman Empire and at the forefront of forming the new Turkish Republic in 1923. 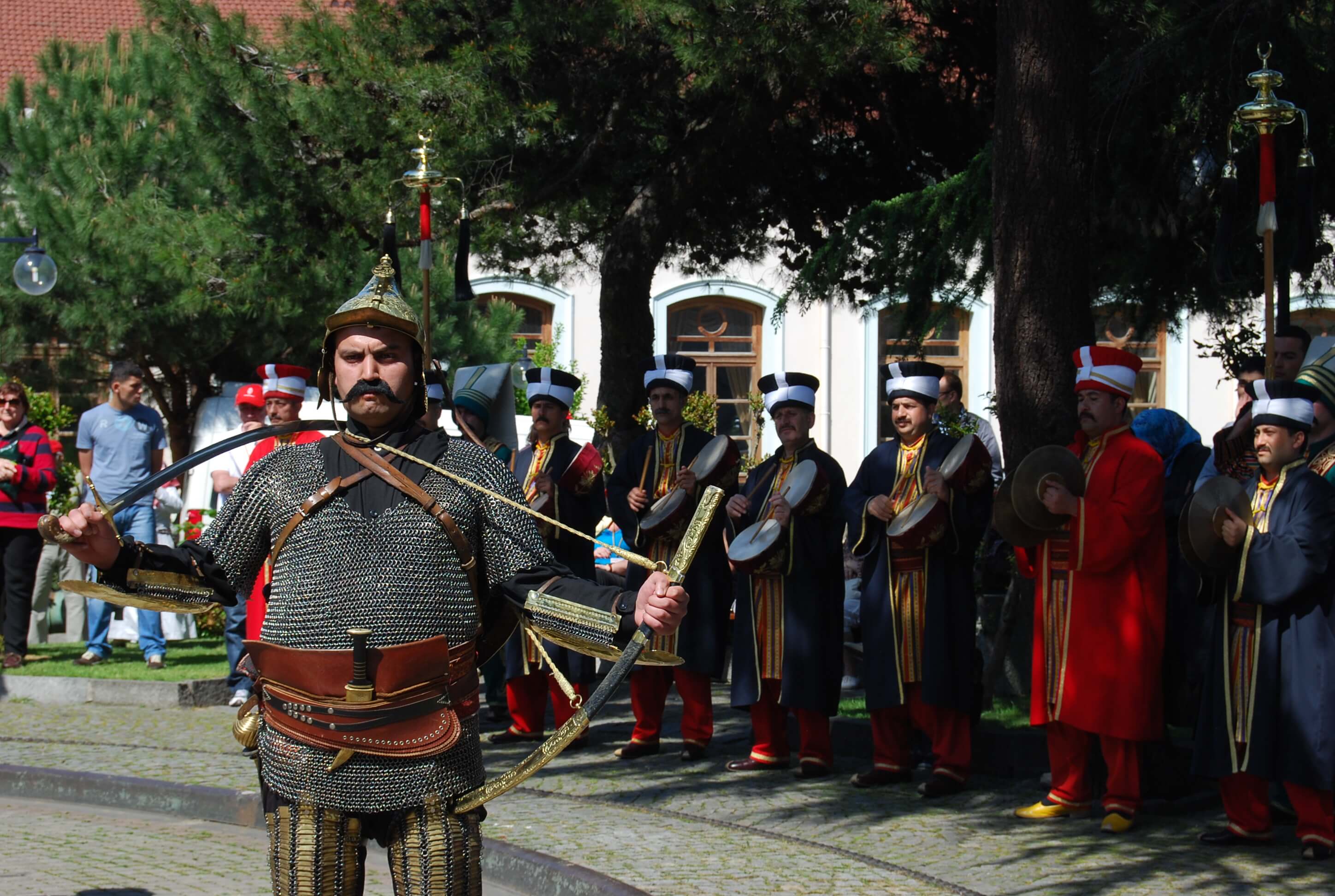