The Magnificent Yali Mansions of Istanbul

The 620 Yali mansions of Istanbul sit on the Bosphorus shores alongside castles and old Ottoman palaces. Along with Princes Islands houses, they form part of Istanbul's elite property market, with some listed as the world's most expensive properties. The city with three names, Byzantium, Constantinople, and Istanbul, offers complicated tales from history, traditions and intrigue combined with its status as a top tourism destination in Turkey. Indeed, Istanbul's past is evident and in full sight, for everyone to see.

From Istanbul’s UNESCO old part with important landmarks like Hagia Sophia to the narrow Cicek Pasaji (Flower passage) where migrant Russian women sold flowers. However, the old Bosphorus Yali mansions hold untold secrets. As the summer residences of rich and famous Ottoman citizens, anybody would be right to assume that history saw incidents of double-dealing, romance, and intense struggles for power behind closed doors. Much like a modern-day soap opera!

Anyone with plans to fake an interest in buying a Yali mansion so they can view the interior should think again. Owners only market their properties with prestigious agents who screen potential buyers to verify their wealth and social status. Occasionally, owners will demand anonymity while selling for fear that news of their property sale will spark rumours of diminishing wealth. Whilst other owners refuse to sign broker agreements and enlist 4 or 5 agents to garner interest without an idea of the price the owner wants to receive. The final deal is private between the seller and buyer. Such is the mystique and mystery of Yali mansions; they spark mass interest.

Built in 1895, this mansion defied traditions of building Yali mansions purely from wood. Instead, using conventional bricks and mortar, it is in a marvellous intact state compared to other old Yali mansions, which had fallen into disrepair. In 2011, the estate gained notoriety when the house went up for sale at 115 million dollars. 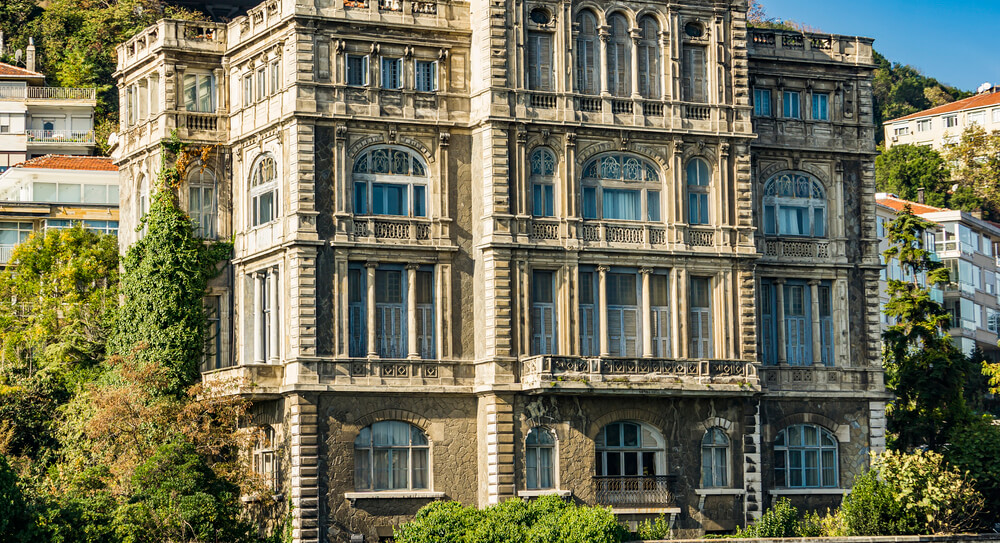 Its size is a massive 1330 square metres, yet Hekimbasi Yali does not portray a grand appearance from the outside. Sitting at the side of the Bosporus Bridge, the Yali mansion remains in the same family, who rent the house out for weddings, concerts, and events. Built by Salih Efendi, an Ottoman physician, the excellently maintained gardens show off a grand collection of rare flowers and plants.

Another famous Yali, Erbiligen made headline news in 2009; Forbes listed the mansion as the world's 5th most expensive house, selling for 100,000,000 Euros. Archive records show the yali mansion, registered in 1887, has had many prominent owners, including the brother-in-arms family of Mustafa Kemal Ataturk, founder of the Turkish Republic. Covering 3,630 square metres, the property has its Turkish bath, sauna, and swimming pool. When the mansion went on sale, there was immense interest from wealthy Arab businesspeople eager to join Istanbul's elite scene.

Built in a Neo-Baroque style, little is known about this mansion that sits in Anadoluhisari, one of the Bosphorus's most beautiful regions. Constructed by Mustafa Resit Pasa, the yali mansion is also called Magnolia Yali because of its flowering gardens and trees. 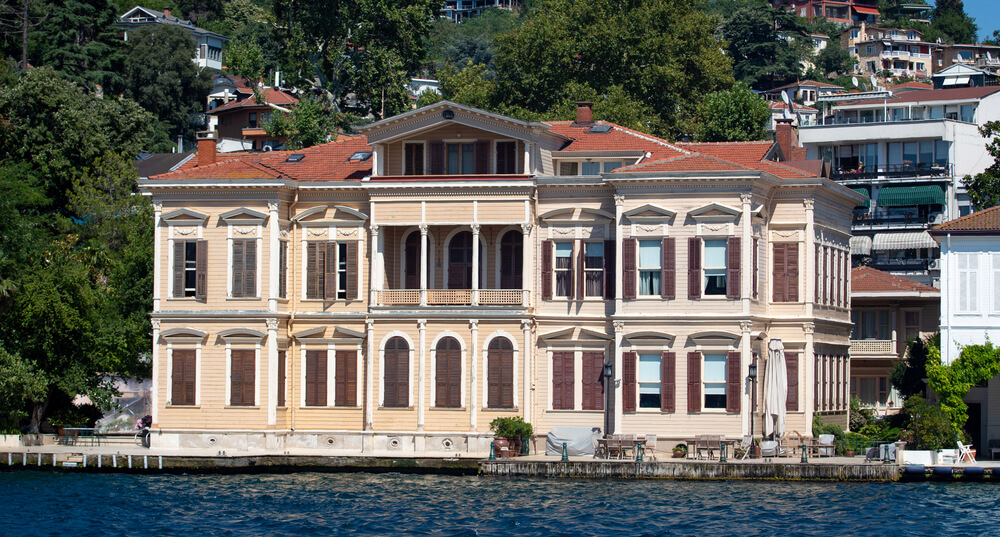 Ironically this mansion doesn't attract admiration from visitors and tourists. Its appearance is drab and worn, and anyone might think the mansion could collapse into the Bosphorus at any given moment. Yet, it is one of the oldest Yali mansions, built in 1669 by Amcazde Huseyin Pasa, a grand vizier to the Ottoman sultans during the 17th century.

This Yali sits on the narrow Kandilli point of the Bosphorus; therefore, water currents are strong. Its exterior appearance is not grand or eye-catching, yet rumours exist that the interior consists of beautiful European decor. Named after an Ottoman Empire officer, ownership has changed hands numerous times, but the yali mansion has always stayed within Istanbul's elite society.

The current owners of this mansion are the elite Uzan family. Still, in the past, famous guests visiting the mansion have also included Agatha Christie, who visited Istanbul to write her novel Murder on the Orient Express. Once again designed in a Neo-Baroque style, the architect of this property also designed the historical Pera Palas. The oldest property records go back to 1815. At the same time, most of us can only dream about seeing inside these properties, seeing the exterior on daily ferry cruises or daily Bosporus tours that disembark from Eminonu port. So next time you sail the Bosphorus, keep an eye out for the magnificent Yali mansions of Istanbul.

More About the Bosphorus and Istanbul

Bosphorus Landmarks: Although most Istanbul travel brochures recommend sightseeing in other places, touring the shores of the Bosphorus throws up many castles, mosques and small villages that give a great insight into this city, both past and present.

Famous Buildings in Istanbul: Naturally, as the city where the Byzantine and Ottoman empires ruled, they left behind many grand structures and landmarks buildings which still stand today as iconic reminders of the colourful history. This article talks about the best and most famous buildings to see after touring the Bosphorus and Yali mansions of Istanbul.