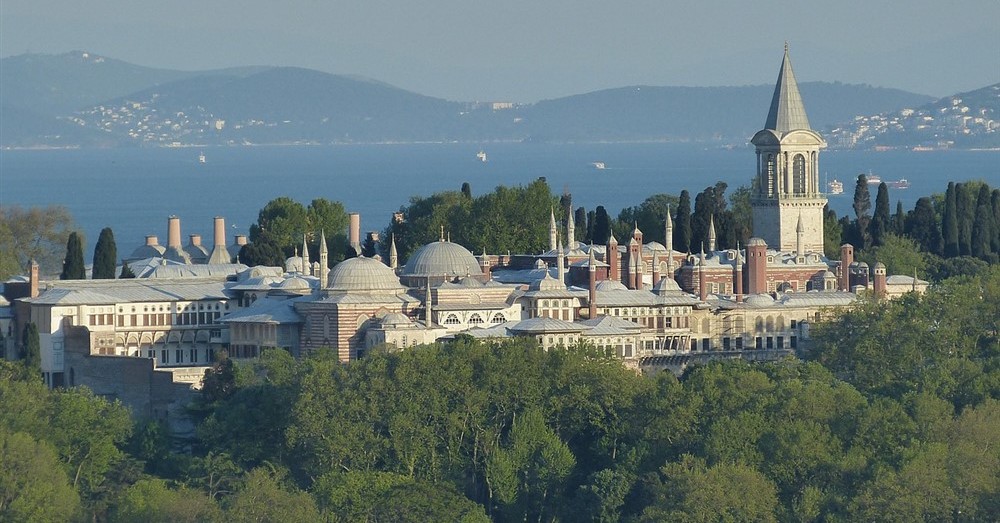 Visiting Istanbul isn't complete without seeing Topkapi Palace. As the oldest building of its style in existence, expect truly fascinating sights on palace tours, not to mention captivating stories of ancient times. In this guide to the imperial Topkapi Palace, we talk about the history dating from the Ottoman Empire's early rule and give insight into intriguing history that makes Topkapi Palace enjoyable for everyone.

About Topkapi Palace and Museum in Istanbul

When Sultan Mehmet II (also known as the Conqueror) defeated the classical Byzantine Empire's capital, Constantinople, in 1453, the Ottomans became the most powerful empire. Fast forward to 1460, and Mehmet constructed a new imperial palace, Topkapi. Construction took 18 years to complete - by 1478, Mehmet moved in and lived here until his death three years later.

After Mehmet II's death, Topkapi Palace was the imperial royal home to each Sultan successor for more than three centuries. Sultans also carried out administrative, state business in the Imperial Council building, which made Topkapi Palace the Ottoman kingdom's epicentre.

A 1509 earthquake and fire in 1665 evoked extensive renovations, but, over time, other areas within Istanbul became much more appealing to Sultans, particularly along the Bosphorus shoreline. Sultan Abdulmejid I moved from Topkapi Palace into the imperial Dolmabahce Palace in the 19th century. Without the Royal status, Topkapi fell into disrepair.

Fifty years later, when Ottoman rule ended, the imperial Topkapi Palace regained regal importance in Istanbul and throughout Turkey. Following a request in 1942 from Mustafa Kemal Ataturk, the founder of modern-day Turkey, Topkapi Palace became an Istanbul Museum offering intriguing insights into the culture and royal life during the Ottoman reign.

Although restorations still occur throughout Topkapi palace and museum, fascinating history and exhibits sit within the walls. As a popular tourist attraction in Istanbul, Topkapi Palace is worth visiting. Better yet, with increasingly more of Topkapi palace's background always being uncovered, visitors have reason to return to Istanbul in the future.

Istanbul tourists enter Topkapi Palace's Museum grounds through the famous Salutation Gate entrance, initially only used by Sultans or imperial officials on important business. From there, see the spectacular Sultan Ahmet III feature fountain previously used for washing, but today, a photography highlight. Topkapi Palace Museum consists of several courtyards, the main building, and several smaller surrounding buildings aside the famous Golden Horn and Bosphorus. These smaller buildings had their uses, from the imperial harem where female family members resided to council buildings for discussing important imperial agendas. There were also guards quarters and firewood stores within smaller structures.

The Famous Harem of Topkapi Palace

There are four courtyards, but the first museum stop is the harem section, with 400 rooms dotted around various courtyards. Only certain harem areas are open to visitors, but beautiful mosaic designs and architecture amaze everyone. The harem was where the wife and concubines of the Ottoman sultan lived. Slave girls were often bought to the palace from other different places throughout their empire, and they received training to be a suitable match to the sultan. This included education in arts, food, music, and languages. The royal Valide Sultan resided over the harem and ensured order and daily rule. Eunuchs, who were castrated slaves, also helped keep order.

Sultans kept their spiritual, historical, and valuable possessions in the treasury, a large building next to the council state-building. Some Ottoman items are still on show today, along with vast weapons exhibitions. After passing through the Gate of Felicity into the third courtyard, head to the Ottoman Sultan's private residence, Sultans spent their time here, and nobody entered without an imperial invitation. This building incorporates the throne room, university, archives, and antique personal belongings. Huge ceremonies were held within this building, particularly when Sultans welcomed foreign ambassadors to Topkapi Palace and Istanbul. Unique collections of original clothing and Ottoman carpets are on the right.

The second hall houses the Emerald room and spectacular jewellery collections. This was a reception room with cellars below acting as a treasury during Ottoman times. Only Sultans entered this building alone, and others were escorted to keep treasured items safe. Today, previous items from Ottoman times are on show, including the Topkapi Dagger, a museum symbol. Encrusted with emeralds and displayed with other stunning pieces like the Pigot diamond, the dagger perfectly sums up Ottoman rule and Istanbul. One room that receives much attention is the sacred relics room. Items behind glass cases include the sword and staff of the prophet Muhammad. It is a highly respected exhibit, so be sure to maintain silence while in the room.

These imperial rooms for viewing throughout Topkapi Palace and Museum give great insight into the administration of the Ottoman empire. Still, Turkish guides have more fascinating sights and stories to share with people who employ public services. Topkapi Palace is a genuinely fabulous Ottoman attraction of Istanbul, with so much to see. Visitors easily spend a day soaking up historical vibes and enjoying the beautiful scenery, numerous pavilions, and kiosk sections.

Blue Mosque and Hagia Sophia: Istanbul city is the epicentre of tourism in Turkey. Many more Ottoman museums, places, and landmarks sit within a short distance from the grand Topkapi Palace. This article discusses two more imperial landmarks that make Istanbul a Turkish city gem. The Blue Mosque and Hagia Sophia are two of Turkey's most popular tourist attractions, but their cultural importance gives insight into the imperial past and present Turkey.