While Turkish cuisine is generally gaining worldwide notoriety, specific areas within Turkey have always been countrywide famous for their regional cuisines. Naturally since the country is the 37th biggest in the world, plenty of regional delights exist but for foreign holidaymakers, most will first try the culinary delights of the Aegean and the Mediterranean coast because these are popular holiday destinations.

These regions have embraced international cuisine wholeheartedly so foreign visitors can have their palette pleased at every opportunity but at the same time, locals strongly adhere to their roots as small fishing villages, carefully taking advantage of the bountiful ingredients available to them from the sea.

Fish restaurants are big business from the top of the North Aegean near Gallipoli to the furthest right of the Mediterranean in Alanya. Evening dining during summer is a lengthy affair since rushing your food is socially rude and unacceptable. This is a time to dine with friends and enjoy good conversation while feasting on fish and seafood caught that day or as in some cases, straight from the sea to the grill to the table. 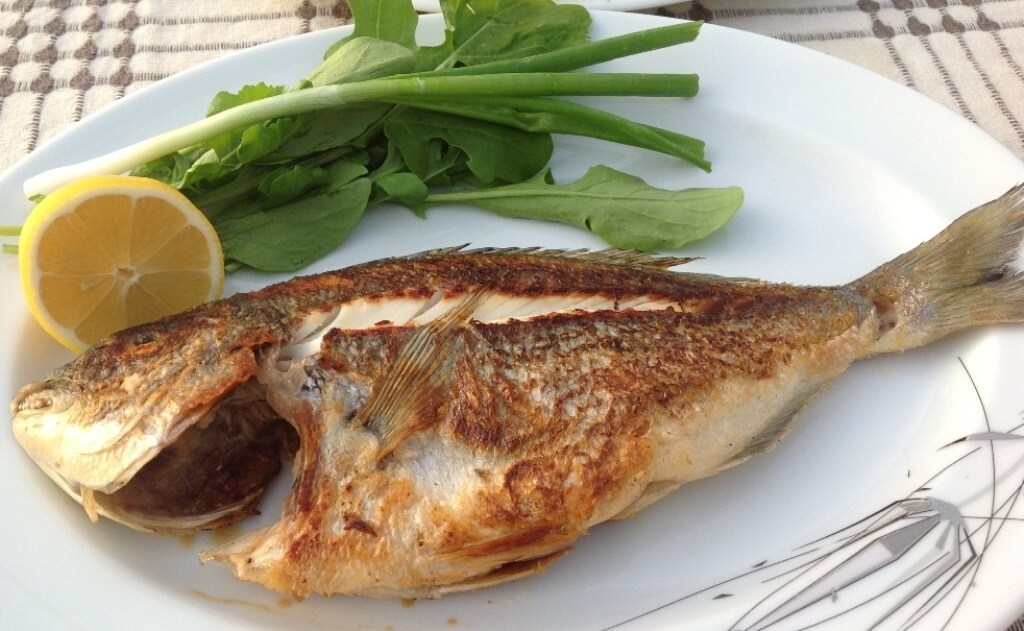 Popular Fish and Seafood Dishes of Aegean and Mediterranean Turkey

Levrek, one of the most popular choices is the simple Sea bass that is preferably grilled with a light drizzling of olive oil. In some restaurants, chefs will also encrust the sea bass in a salt coating before cooking it in the oven. The waiter then dramatically delivers it to your table, covers it with bourbon and sets it alight before serving it. Due to its popularity, Levrek farms are now a profitable industry but naturally sea Levrek will always be more delicious.

Cipura is the gilt head bream that likewise is often farmed, especially on the Aegean because of its popularity. This type of fish is often seen in mass in the supermarket fish departments. Cooked in the same way as Levrek, it is served with salad and potatoes or chips. Foreigners dining in typical Turkish restaurants for the first time should also be aware that fish is generally served with the head and tail intact so you should give pre-warning if you would like the waiter to debone it for you.

Sardalya is the humble sardine and closely related to Hamsi, otherwise known as Anchovies. Their small size ensures bountiful portions served either within sandwich bread or accompanied with salad and chips. Prepared by coating them with cornflour before frying them at a high temperature, this simple dish is actually quite tasty and a great alternative for travellers on a budget.

Calamari is a favoured starter and any Turk that highly favours their seafood dishes can instantly spot the difference between frozen, supermarket versions and the fresh catch of the day, so much so, that certain restaurants have become locally famous simply for the way they cook the squid and its freshness. Thinly cut slices bathed in a healthy dose of light batter before frying are served with a green leaf such as roka and a tartar-like sauce made with yogurt, garlic and lemon. On the Aegean coast, the cosmopolitan resort of Kusadasi has become locally famous for their calamari served in seaside dining places. 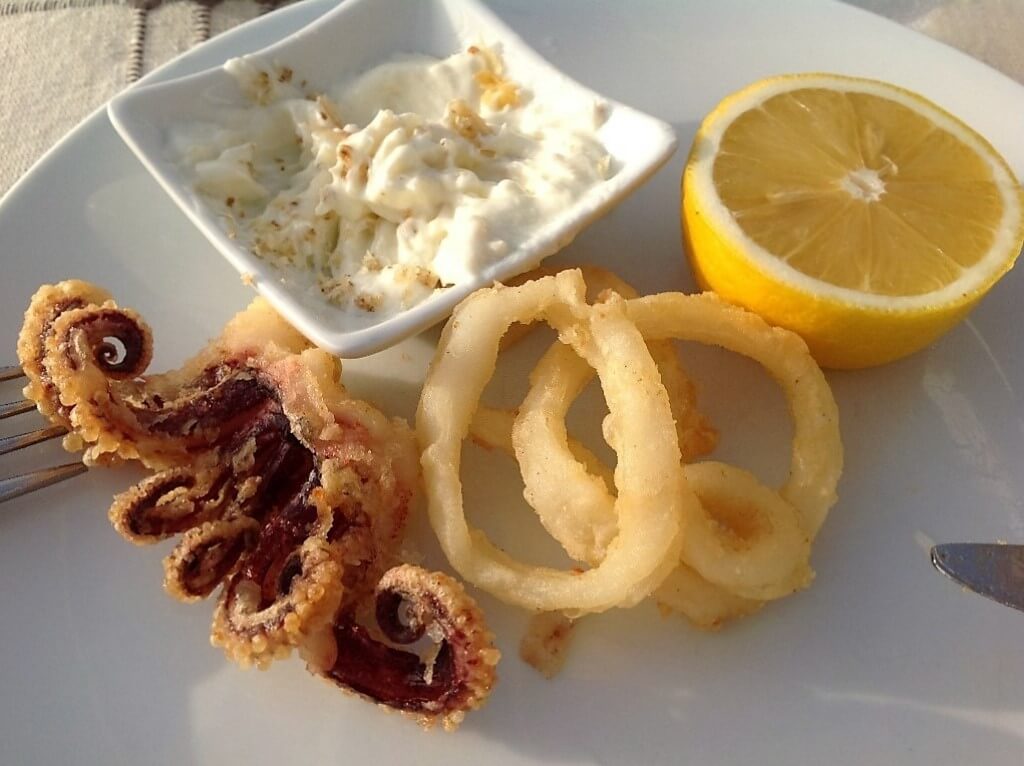 Feast Before the Fish: Mezes (Appetisers)

As well as having a diverse variety of fish cuisine, Turkey also produces many vegetable based dishes, thanks to the fertile lands of the Aegean and Mediterranean coastlines. Most are served before eating the main dish of fish, as an appetiser or starter version called Mezes. Traditionally arranged in the middle of the table, diners slowly snack on them while drinking the preferred national alcoholic drink of Raki. Popular choices include... 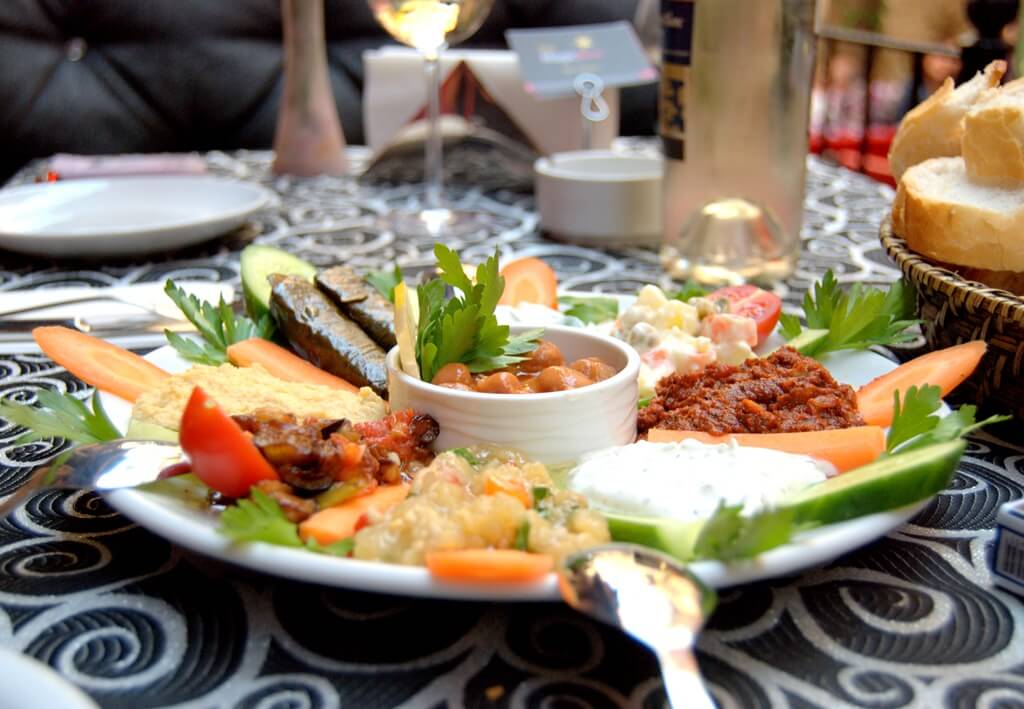 Other Famous Food Specialities of Aegean and Mediterranean Turkey

Olive trees scatter the plains of the Aegean thanks to traditional farming methods that have lasted for many centuries. The preferred harvesting period is October and in some places like Didim, the annual olive oil festival celebrates the humble tree fruit that is a big part of Turkish cuisine. Served as mezes or with breakfast, local markets sell many different versions and some areas like Milas in the Bodrum region favour a particular method of brining resulting in a soft olive suitable for foreign palettes.

The Soke district near Altinkum plays host to many vendors selling the local speciality of Cop Sis. The dish that translates into rubbish kebab consists of scrag ends of lamb grilled on a skewer over an open fire, along with peppers, onions and tomatoes. Despite its unusual name, the lightly charred grilled specks of fat that appear on the meat are tasty when combined with the favourite flat durum bread.

Heading up the Mediterranean coast, pomegranates (Nar) are typically found in the Fethiye region and the strange but delicious fruit is often served as a refreshing fruit juice by streets sellers. While further along the coastline, the Antalya area is known for their oranges (Portakal) that were bought to the region by the Portuguese in the 1500s. This sweet and juicy fruit is often served as juice or locals will preserve it to make jam or marmalade.

The regional delicacies along the Aegean and Mediterranean coasts of Turkey possibly prove why it is a preferred destination for expats and foreign holidaymakers. The range of international food along with a sampling of fish, meat, vegetable and fruit specialities provides a well-balanced and rounded diet that doctors would certainly approve of! 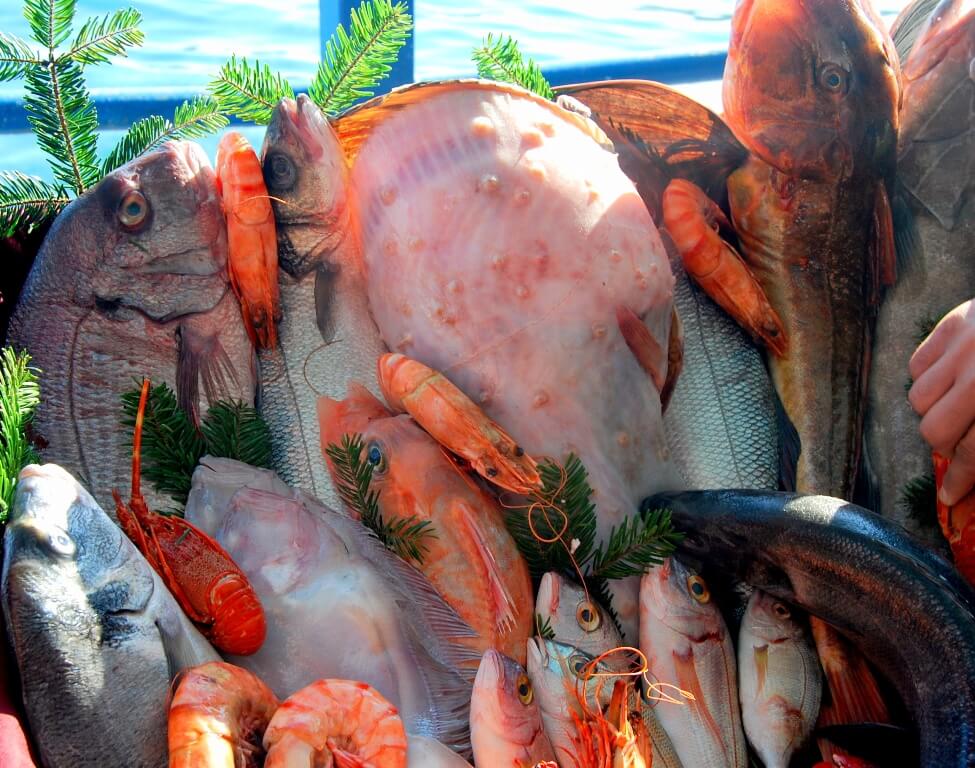