The six Turkish foods taking the world by storm

Turkish food is undergoing a renaissance outside its home country. With gourmet-style restaurants popping up in major centres like London, New York, LA, Sydney, Berlin and Paris, as well as more homely cafe-style Turkish eateries, it’s clear that the fresh flavours of Turkish cuisine appeal to a variety of tastebuds.

We explore the six Turkish foods which have followed in the footsteps of their world-famous predecessor the kebab and are taking the world by storm, allowing people who have never even set foot in the country to invest in Turkey - even if it's just its flavours. 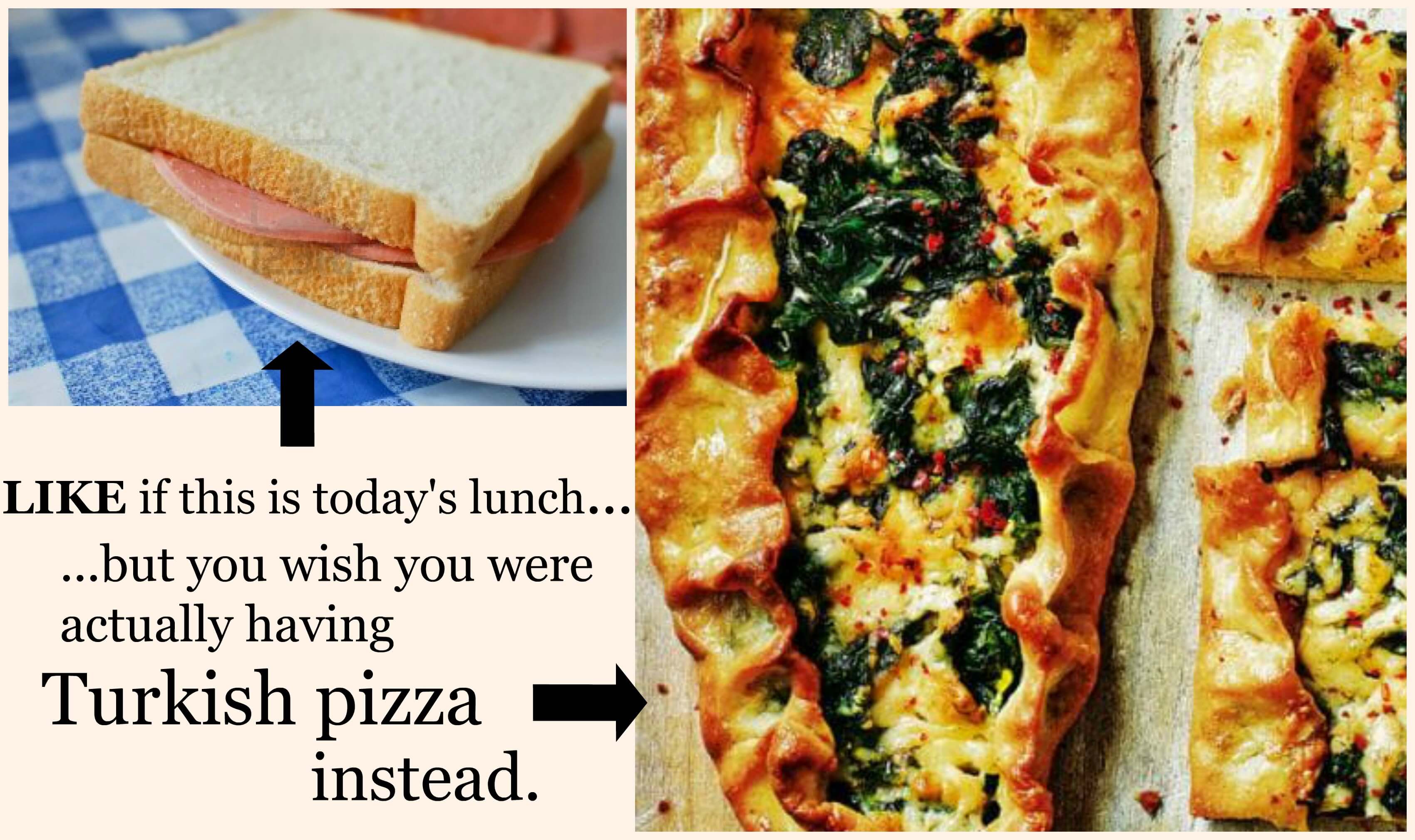 This Turkish flatbread is becoming almost as ubiquitous as the kebab. In Turkey, there are a number of varieties of pide, which are generally quickly cooked in brick ovens. Toppings also vary, but generally include cheese, onions, peppers, tomatoes, sausage, eggs and herbs. They’re a cheap street eat – but their journey across continents has seen the pide rebirthed in a number of incarnations, including mouthwatering gourmet versions in big cities around the globe.

In London, for example, diners are queuing round the block for famous chef Alan Lau’s pides at Babaji: long, airy paddles of flatbread, piled with minced lamb, beef pastrami, egg, feta and herbs.

Eggs are a staple of the Turkish diet. You'll be able to eat them in restaurants and cafes as well as at home in a Turkish villa. As well as being used as an ingredient in many dishes, they’re also prepared on their own as a main course for breakfast or lunch - or even as an appetiser at dinner. Now Turkish-style eggs – particularly Menemen - are a staple brunch offering in Manhattan and London cafes. Served with Turkish red pepper with a side of yogurt, Turkish-style eggs are a delightfully different alternative to eggs benedict or an omelette.

As well as eggs, Menemen generally includes onion, tomato, green peppers and spices and the dish is served up in the metal pan in which it was cooked. Many cafes and restaurants will of course add their own local twist to the dish. 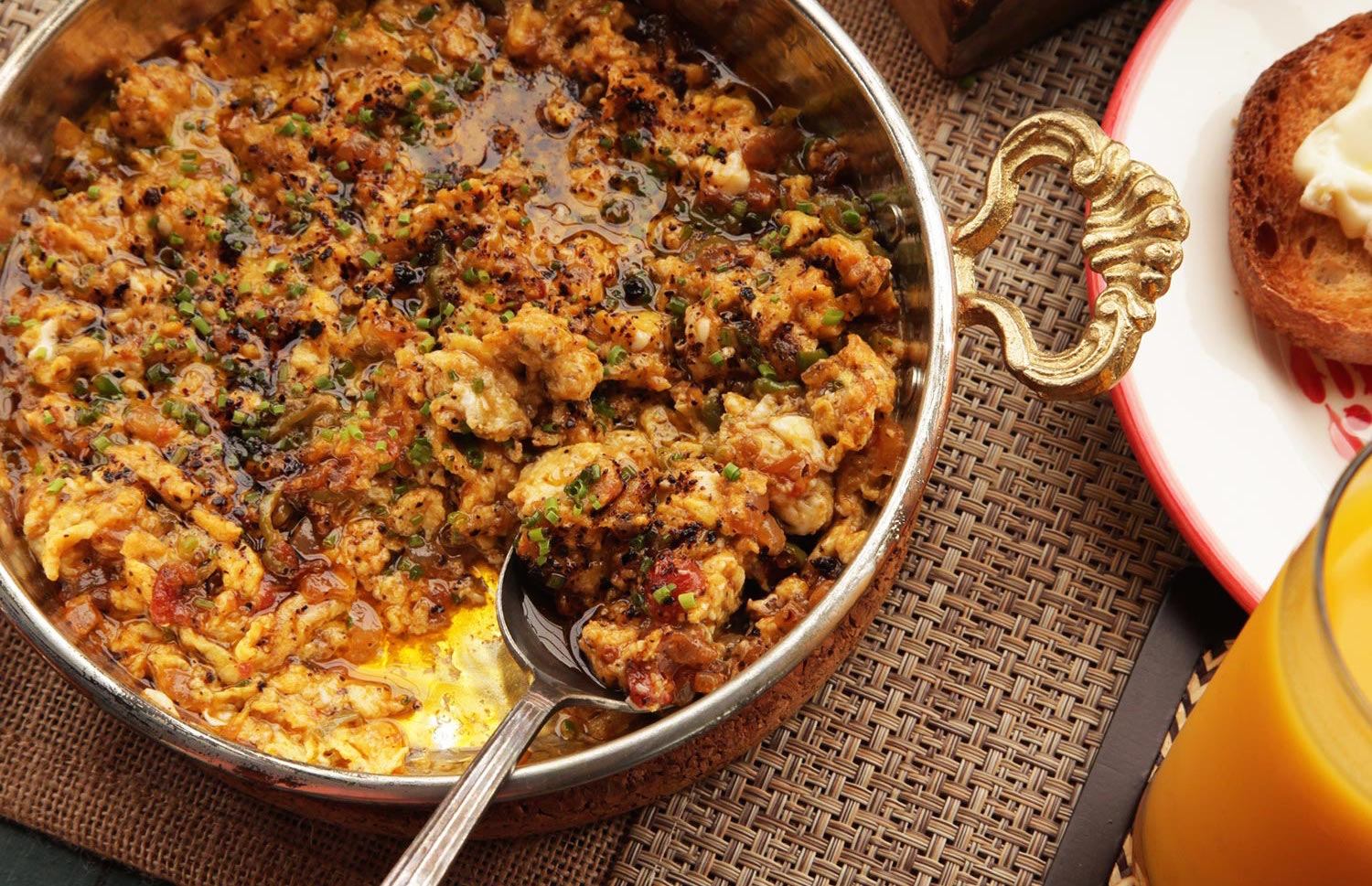 These tasty Turkish dumplings consist of dough wrapped around a filling of ground beef or lamb, with onion and seasonings. It’s believed that manti originated in China, and was carried across Central Asia to Anatolia by migrating Turks. In Turkey, the smaller the manti the more special the guest - because these dumplings are fiddly and time-consuming to make.

However, in the Turkish cafes that are slowly populating the world, manti is served in a myriad of forms and flavours. Baked with butter or simply boiled, manti is often topped with yogurt and garlic and tomato sauce seasoned with the ever-present spicy red pepper. This comfort food is becoming known as a filling treat on a cold day - or a hangover cure after a big night. 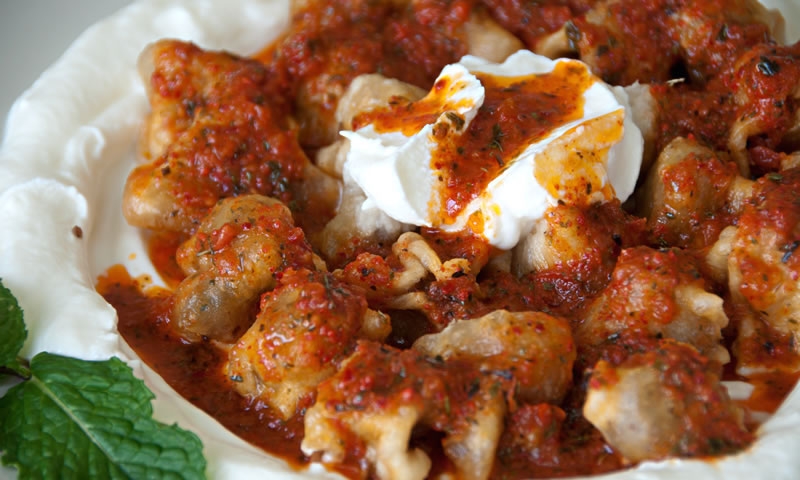 This lamb dish must be one of Turkey’s favourites. And now it’s popping up in traditional Turkish and Turkish fusion restaurants worldwide. Kuzu tandir is fragrant and tender, falling off the bone and melting in your mouth. The traditional way to cook this dish has always been to hang the whole lamb over the coals of a mud-and pine-tree-lined pit oven known as a tandir.

While this technique is still employed in Turkey and Asia, in the kitchens of Paris and Los Angeles the dish is generally created in the oven, slow roasting the lamb in its own juices and in lemon, rosemary and seasonings. 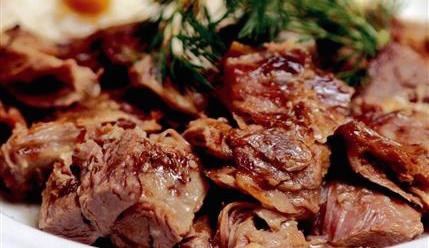 Like its close relation pide, lahmacun is also a flat bread with a ground meat topping. However, lahmacun is thinner than pide, and usually shaped in a circle, like the pizza we’re all familiar with. It’s often sprinkled with lemon and rolled up and eaten like a wrap, unlike pide which is eaten in slices.

Lahmacun’s fairly well known outside Turkey as Turkish pizza, and is taking off not just in small Turkish cafes, but as an offering in upmarket restaurants with a gourmet twist, served with tender lamb and dollops of mint yogurt. 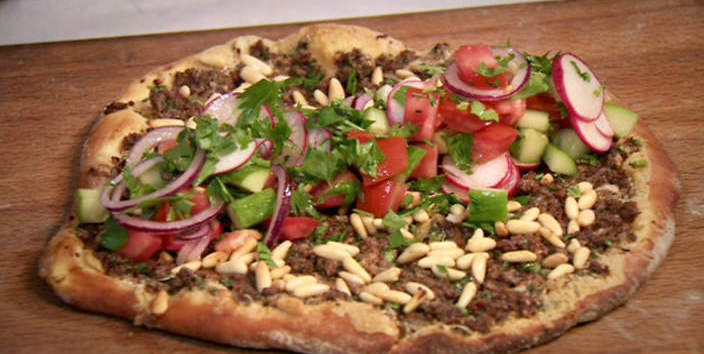 This ancient dessert has been around a long time, with one version being traced back to the second century BC. Chances are you’ve already tried this nutty, honey-soaked pastry treat as it’s popular around the world. But in the last few years it’s likely you’ve seen it more and more as Turkish cuisine becomes more and more popular, breeding Turkish cafes and shops selling the sticky pastry. It's also popular gift, so if you're planning on visiting friends in Istanbul apartments make sure you take a box.

The ideal baklava is fresh and moist – check the reviews in your local area to discover the best place to enjoy this dessert. Baklava’s ideal to eat with a cup of strong coffee. 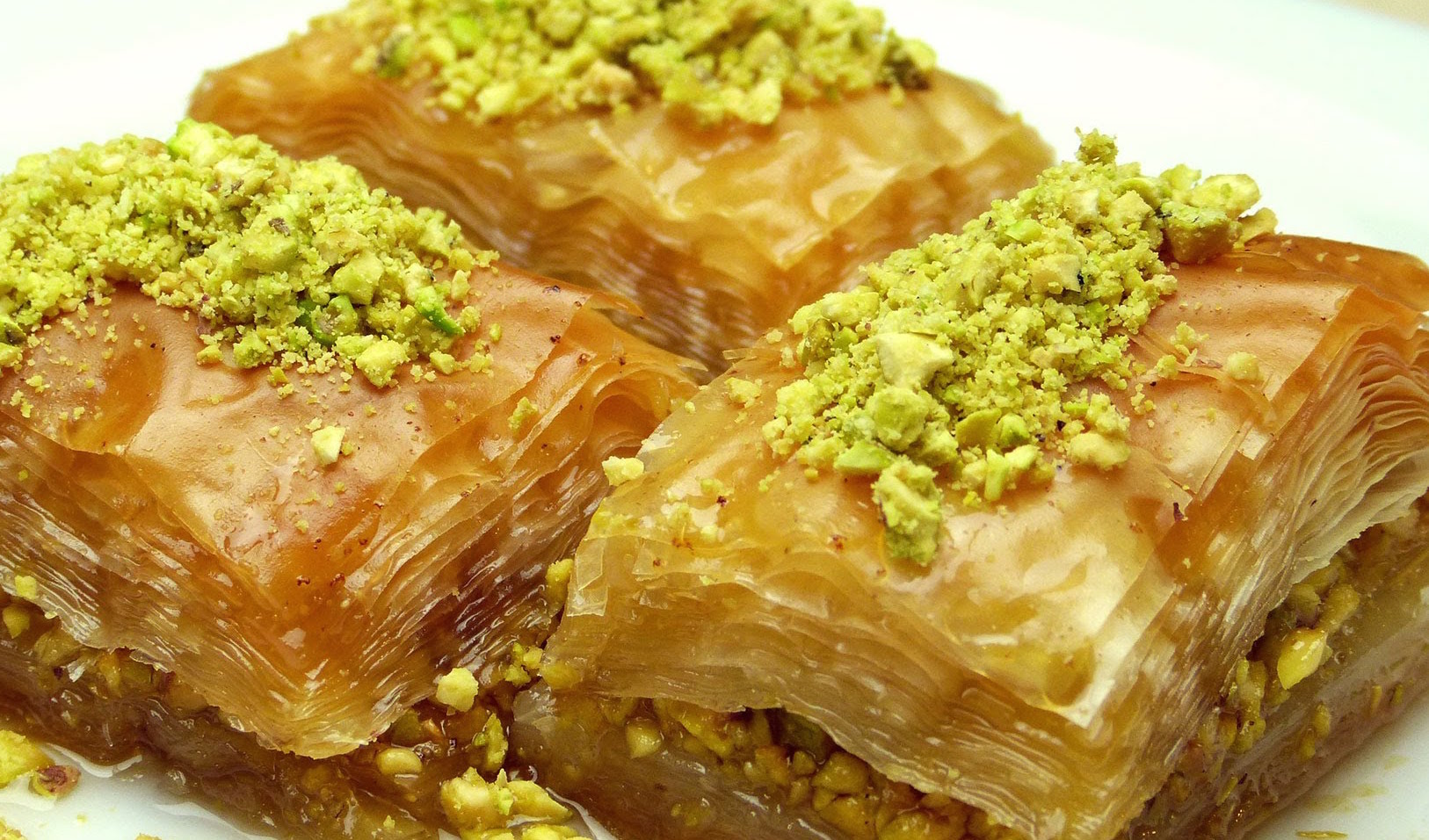