To explore the historical attractions in Turkey is to delve into one of history’s most diverse and varied stories. Turkish history is not as straightforward as many think it is. Having been ruled by many empires over the centuries, we see a variety of architectural styles including Ottoman and Byzantine buildings in Istanbul, Mediterranean and Lycian ancient cities and Russian landmarks in the northeast Black sea Region. So, get ready for a treasure chest of historical attractions that rank as some of the world’s most iconic architectural wonders.

To appreciate each one, we recommend reading up on their history first, signing up for group day tours or using a private tour guide to take you around. In Turkey, tour guides must study for many years and gain qualifications to work hence their knowledge and expertise of attractions is second to none. History lovers would do well to look at Turkey’s UNESCO World Heritage list including cities, villages and places that defy belief; it is a beautiful way to explore the country. Turkey’s top visited archaeological sites spread out from East to West and may present travelling problems to those with limited time. However, if you are in Istanbul, also visit Miniaturk, which is a collection of mini landmarks and a whirlwind tour of Turkey’s popular historical places.

Often ranking as Turkey’s top most visited attraction, Ephesus ancient ruins host millions of travellers every year who arrive from near and far to see why historians and archaeologists love this city. As one of seven churches of revelation, and a major trading port of the Aegean Sea, the grand theatre was where the Artemis riots took place, and if you are Christian, it’s worth visiting because Saint John, Paul and the Virgin Mary spent time in Ephesus.

Other landmarks include old Roman houses, Celsius library, and the public toilets that only rich Romans could use. Although most people arrive for the day, and then leave, if you have time, book a hotel in Selcuk, and also explore Saint John’s Basilica, the Virgin Mary’s house, and Temple of Artemis, one of the ancient world’s seven wonders. (More about Ephesus Ancient City.) 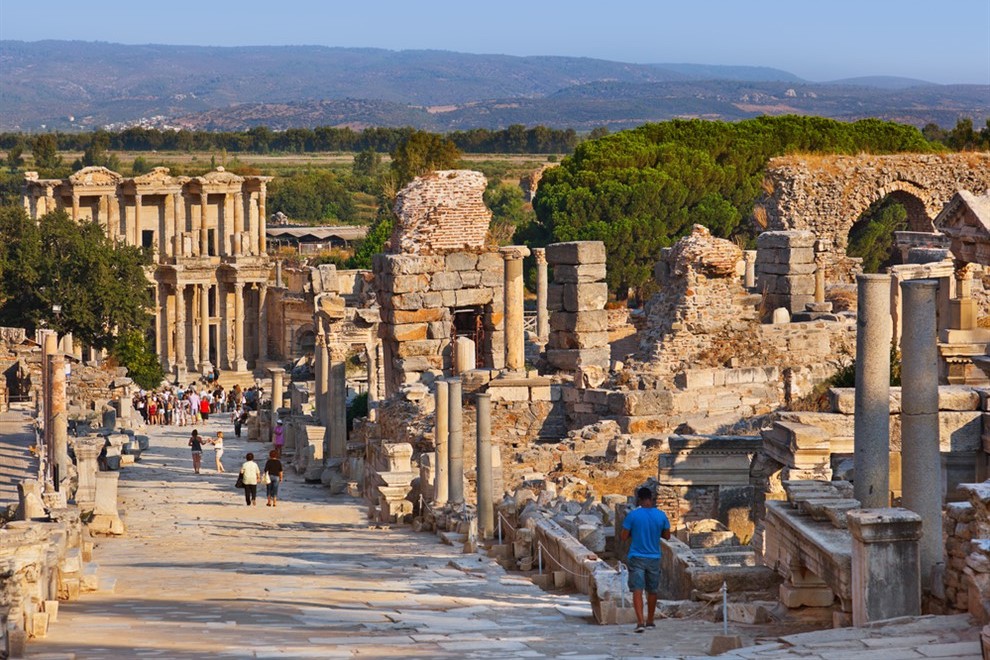 2: Istanbul and the historic Old City

Sitting in Istanbul’s Sultanahmet district, the old city part is a delight to explore. Containing iconic landmarks buildings like the 16th century Blue Mosque, and Byzantine Hagia Sophia, (once the world’s large domed building,) the architecture, decor, and design wow every traveller. While there, walk a short distance around the corner to visit Topkapi Palace, the Ottoman’s capital centre sitting close to the Golden horn and from where sultans ruled over their lands.

Their 500-year-old story is like a soap opera and if you find yourself addicted, head over to new Istanbul, near Taksim Square and get a bus to the Besiktas district to tour Dolmabahce palace, sitting on the Bosphorus shores. It was their final ruling centre before Turkey ousted the dynasty in the early 20th century. If that does not appeal, walk a short distance to the Grand Bazaar, one of the world’s largest and oldest markets containing over 3,000 stalls, and a great place to buy souvenirs. 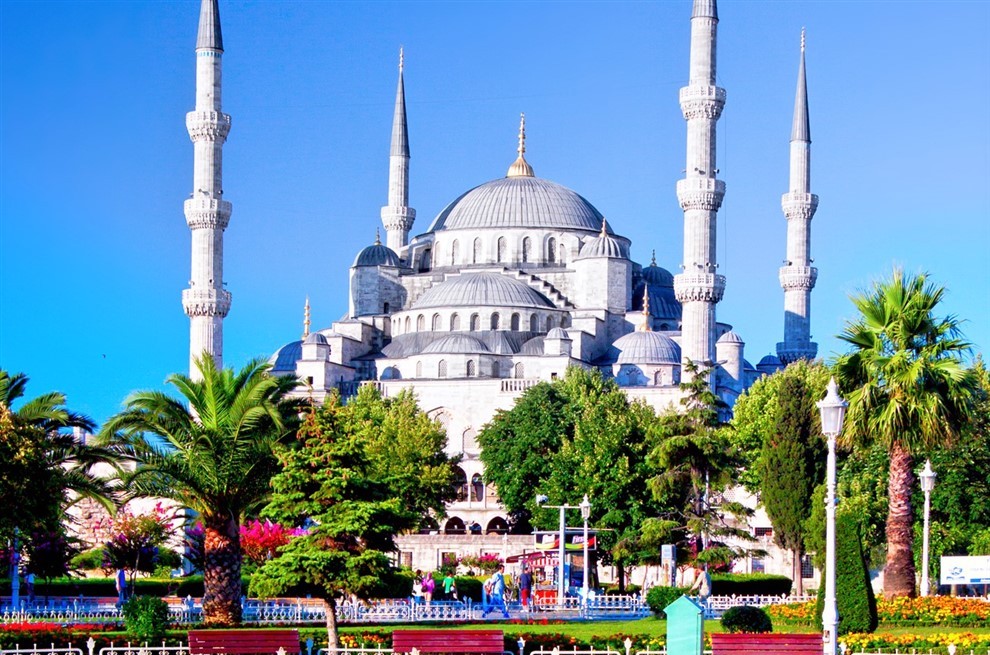 The most striking thing about Cappadocia is that the whole region is historical. Thousands of years of wind erosion have formed fairy rock chimneys within deep valleys and provide a quirky theme if you stay in a cave hotel. Book a three-night, four-day stay and see touristic sites like Goreme Open-air Museum, a collection of 12th to 14th-century churches and monasteries carved out of tufa rock.

Our favourite site is Derinkuyu underground city, a mass collection of tunnels and rooms, some of which reach for six metres down. Residents built them and used to hide there when under invasion, often for as long as six months. Zelve Valley, another rock homes and churches collection, was the setting for Nicolas Cage’s film, Ghost Rider. Also visit ancient caravansaries. These days, some host Turkish nights featuring whirling dervishes, dance and food but visit during the day, to see their marvellous and unique architecture. Their use in history was as hotels on the old silk road from East to West. 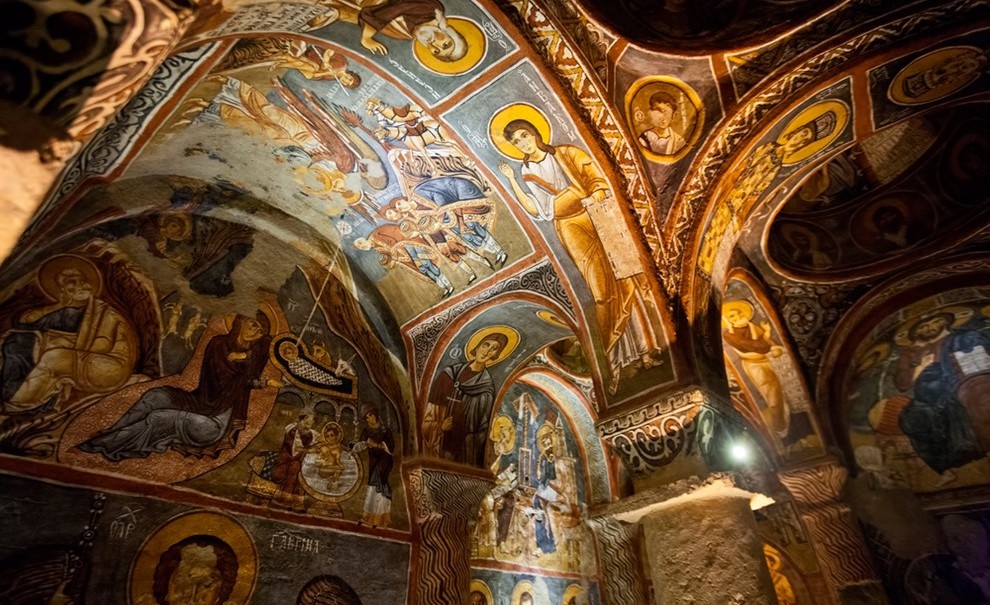 The discovery of Gobeklitepe in southeast Turkey threw the historical and religious worlds into chaos because it defied everything we believed about man. Often called the world’s oldest temple, this archaeological attraction shows how man transitioned from being hunters and gatherers to farming the land and lying down roots. Its remote location means a day trip is out if you stay in the west of Turkey, so most travellers visit while on an around the country tour, or extend their stay by booking hotels in Sanliurfa. This city is home to the famous Balikligol, where urban legends say Nimrod threw Abraham into the fire. 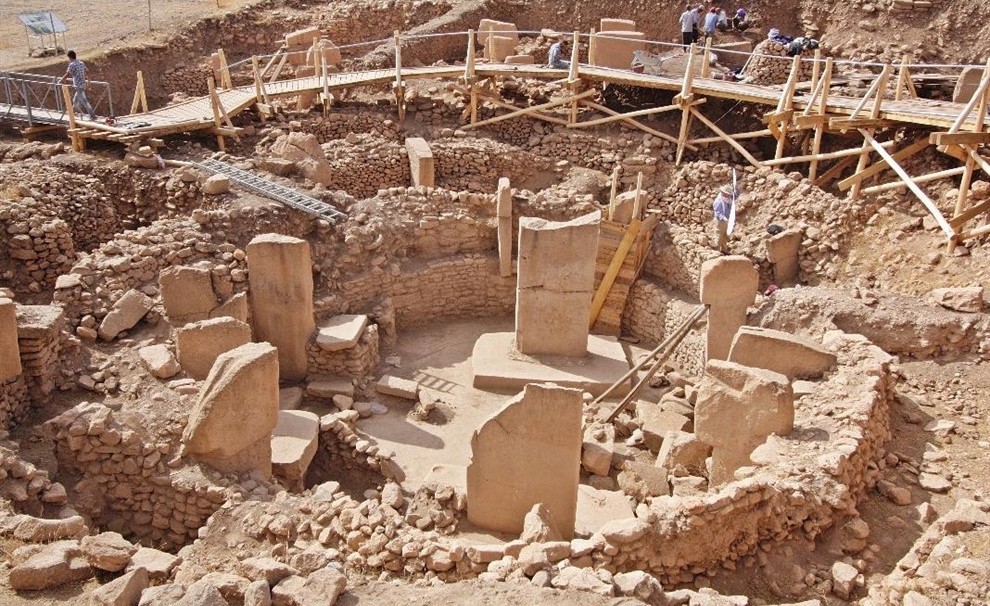 These iconic heads have left historians scratching their heads why they were built, the exact date (many suspect 1st century BC) and how to preserve them for the future since weather are eroding them. Many say, the best time to visit them is at sunrise or sunset because it provides a surreal setting that guarantees, your holiday pictures will be better than everyone’s else’s. Sitting off the beaten track, north of Malatya, the unique 2-metre-high heads are unmatched by anywhere else. Hence, they belong to Turkey’s UNESCO World Heritage sites because of their cultural significance to the Antiochus kingdom. 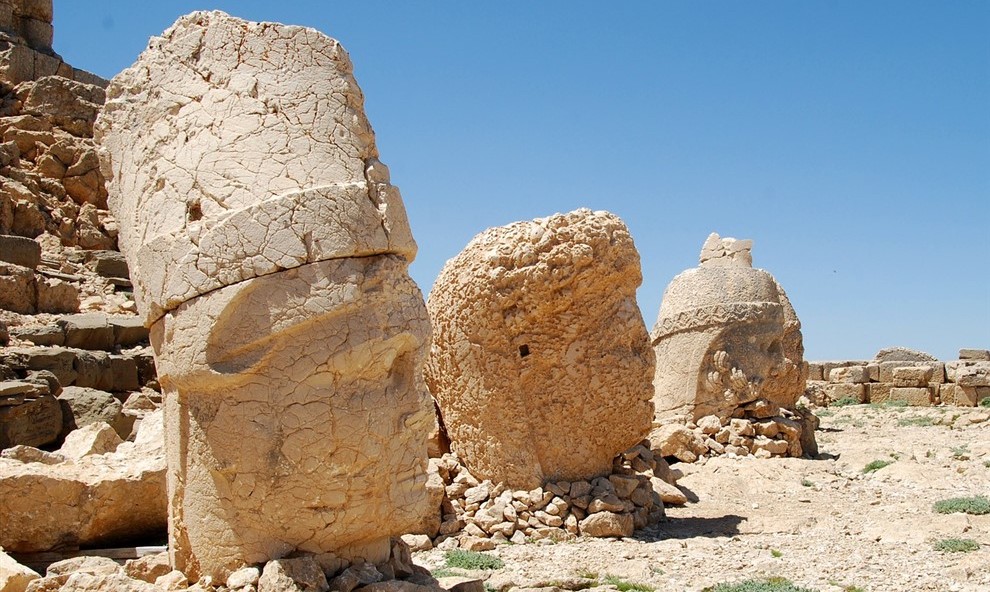 This unique historical attraction, near Fethiye holiday resort, has a heart-wrenching tale behind it. Once a thriving village of Greek and Turkish inhabitants, Greeks were forced to leave in the 1920s, after the Lausanne Treaty. Likewise, Turkish people came back from Greece but could not settle, hence deserted the village in favour of other destinations more suited to their trade. An earthquake some years later cemented Kayakoy’s status as a ghost village.

Explore cobbled streets to discover churches, schools, and old houses. Before visiting, also read Louis Bernieres’s book called Birds Without Wings of which the setting is supposed to be Kayakoy, and it gives a good background into the Turkish War of Independence and Mustafa Kemal Ataturk, the Republic of Turkey’s founding father.  Doing so will enhance your visit and provide extra ambience. 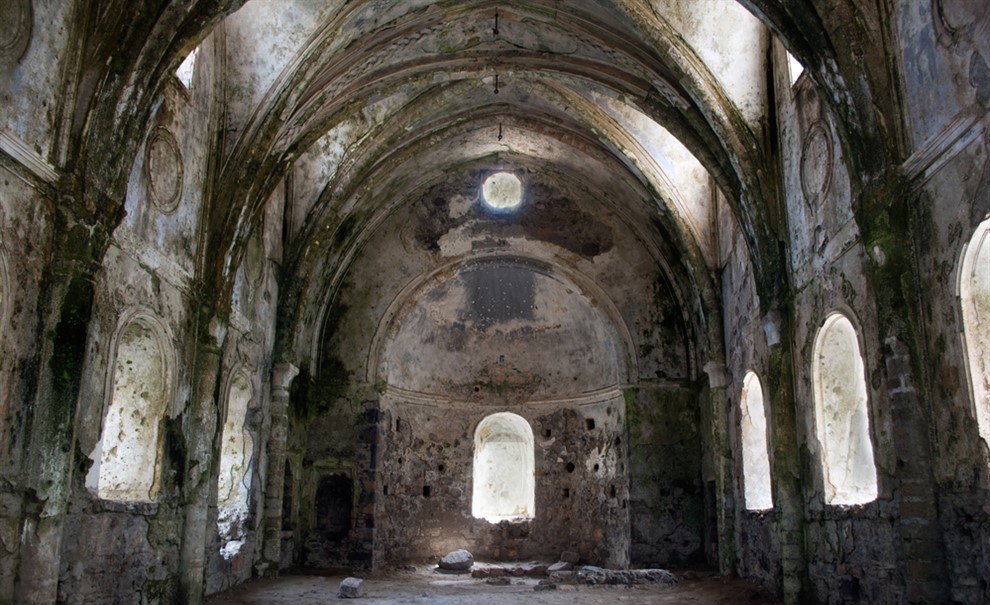 Head over to the Aegean coast and explore this delightful trio all in one day. Starting with the Apollo temple in Didim, had completion of this pagan sanctuary finished, it would have matched the Delphi in Italy. Next, a short 30-minute drive takes you to Miletus of which the intact theatre allows you to walk the back passage just as the gladiators did. Sitting close by, the majestic Athena Temple puts Priene ancient Greek holy city on the map, but Alexander the Great also stayed in an east-side house while he was attempting to capture Miletus. 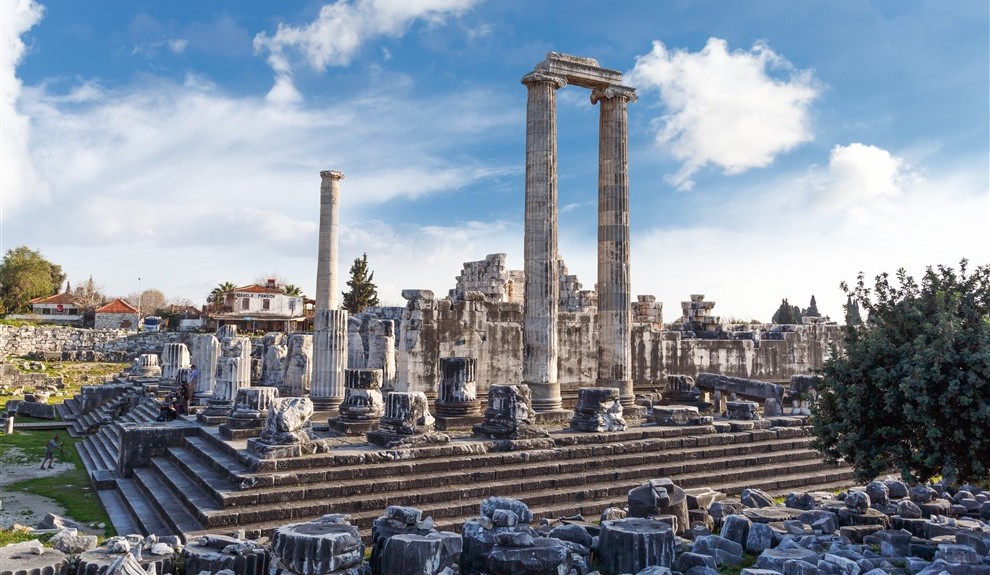 Meanwhile over on Turkey’s Mediterranean coast, in front of the Taurus mountains, Aspendos bags the limelight because of its large theatre of which historians say is one of the world’s best-preserved Roman ruins. Open during the day for touring alongside other city ruins, the annual Ballet and Opera festival takes place there because the perfect acoustics amplify sound. If Aspendos piques your interest as to the region’s varied historical timeline, also visit Perge, 35 minutes’ drive away and Termessos 120 minutes’ drive that gives off spectacular landscape views. 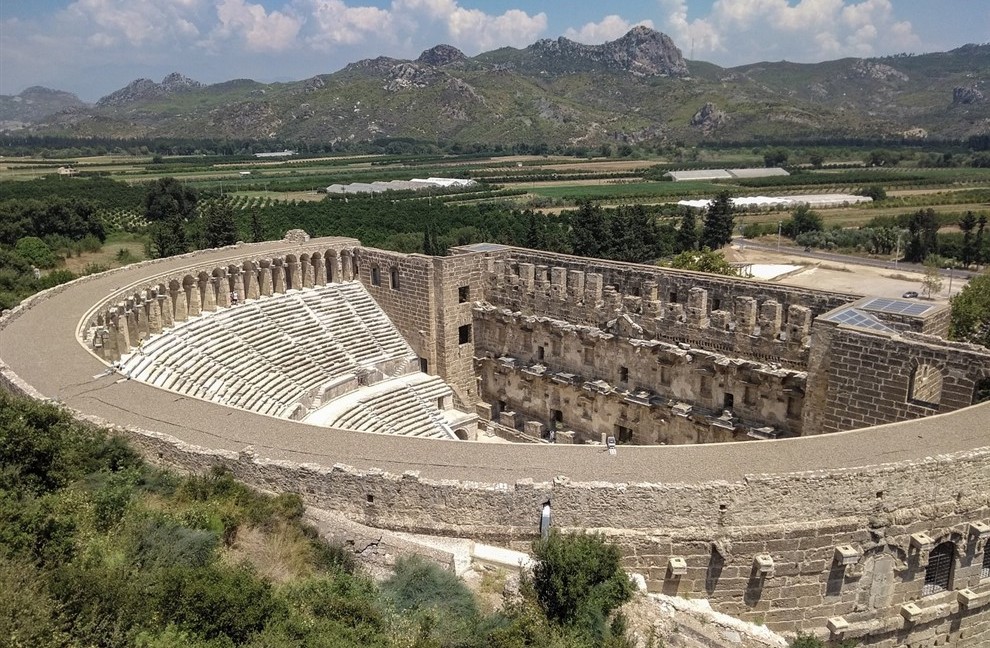 While you are in Antalya, it is worth extending your stay to visit Myra ancient ruins, and St Nicholas’s church in the Demre region. Myra, famed for its ancient theatre also boasts of Lycian rock tombs cut into the hillside. Situated there so the wing creature coming to take them to the afterlife would have easy access, they often appear as the region’s main mascot. Nearby in Demre town, Saint Nicholas church is from where Santa Claus preached. The man who inspired the version we see today was the Bishop of Demre and known for his kindness and warmth. 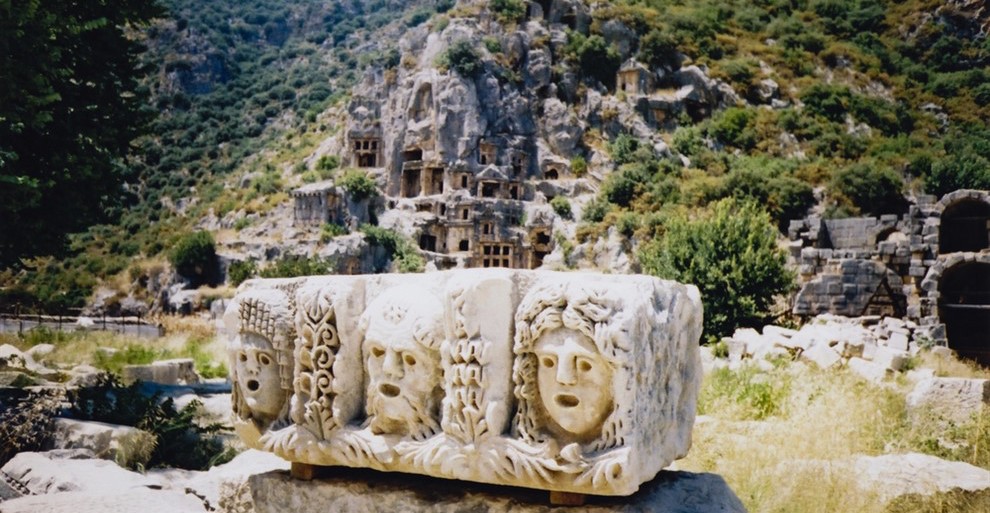 As a later addition to Turkey’s UNESCO sites, Aphrodisias must be the most underrated ancient city in the country. Despite being close to Pamukkale and Hierapolis, Turkey’s second most popular attraction, most travellers avoid it and this is a shame because it was a centre of excellence for sculptures; hence the large gallery museum where stunning statues uncovered during excavations are on show. Today’s landmark buildings that we see are credited to one man, Kenen Erim, who when he passed was laid to rest within the city’s boundaries. 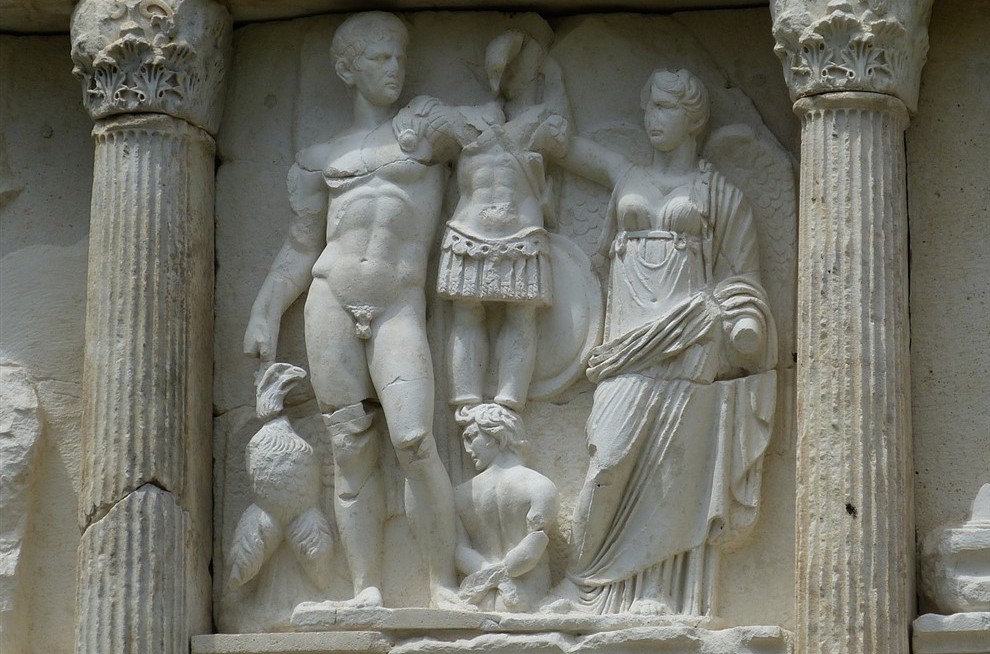 Often overshadowed by Roman or Ottoman ruins, the official Lycian way stretches for just over 500 kilometres and is worth exploring. Some people walk all of it within two months. A mighty task only fit people can undertake, so most walk a section at a time. However, you can also make a 2-week road trip along the main D400 highway of which most ruins sit around. Spending one night in each town, it is a marvellous and stress-free way to see historical attractions in Turkey.

Famous Castles in Turkey: Travellers planning to take a trip to Turkey often associate the country with grand Ottoman Palace and ancient cities, yet castles dominate the skyline in a few coastline destinations and should also be on itineraries of what to see and where to go. This article explores the most famous and visited, with an aim to discovering their historical story.

Lakes in Turkey: From historical attractions to places of natural beauty, these lakes wow everyone who visits them. Including the most significant and smallest, and the famous Turkish lake district, we look at where they are and why they are worth visiting.

Turkish Culture for Tourists: This snap guide into traditions covers everything a first-time traveller needs to know including a Turkish bath, social greetings, the story behind carpets and kilims, Turkish food and drink, cafes, and much more.