The Ancient Ruins of Miletus

In the Aegean region of Turkey, away from the coastal holiday resorts and bustling towns, much of the landscape is green fields. Stretching for miles before disappearing on the horizon, these rural areas are mostly farmland. On the outskirts of the Soke region, a cotton farming nucleus, the picturesque scenery is broken up by the majestic ancient ruins of Miletus city.

Its remote location deters some people from visiting, and compared to other historical sites of Turkey; it receives little recognition of it's prominent and influential historical timeline. Yet touring the site is an interesting journey into Turkey’s history. 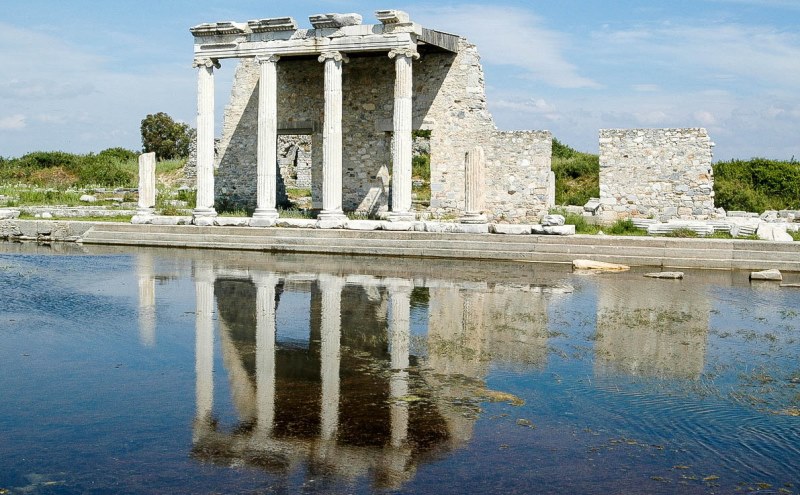 The History of Miletus

People lived in the area during the Bronze Age, and in the 10th century BC, Neleos, a son of King Kodros built a new city on top of the original settlement. However, the Persians destroyed it in 494 BC. The second city defeated all odds though and its prominent scholars and politicians boosted its importance status in the Ionian League, a confederation of cities that also included Ephesus.

Its seaside location attracted international traders, and the onslaught of business deals made it a wealthy hub of finance and business. Enduring capture by Alexander the Great and falling under Roman rule by the 3rd century AD, its importance slowly diminished.

The coastline was receding, keeping the trading ships at a distance and the new land was a marshy swamp affecting the health of citizens. By the time, Ottoman rule came to the region in the 15th century; just a small scattering of residents remained, reducing its importance to that of a small, unknown village. By the 17th century, everybody had left. 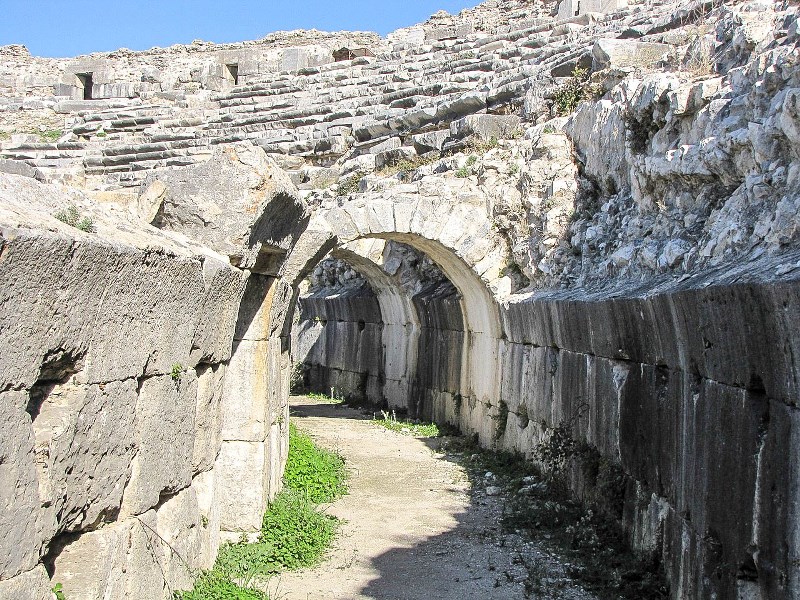 The Impressive Theatre of Miletus

The most impressive landmark to see at Miletus is the Greek-Roman theatre built into the hillside. The 20,000 capacity Hellenistic structure initially reached up to 40 meters high. Although little remains of the front facade and orchestra area, the highlight is exploring the marvellously intact vomitoria and their side rooms.

Roman citizens used these passageways to enter and exit the theatre. Theories have been in circulation that people threw up in them so they could indulge in more food, but they are incorrect. Turkey has many ancient ruined theatres, but not many give tourists the pleasure of exploring the vomitorias, either because they do not exist, are still to be uncovered, or access is forbidden. This is where Miletus excels and delights at the same time. 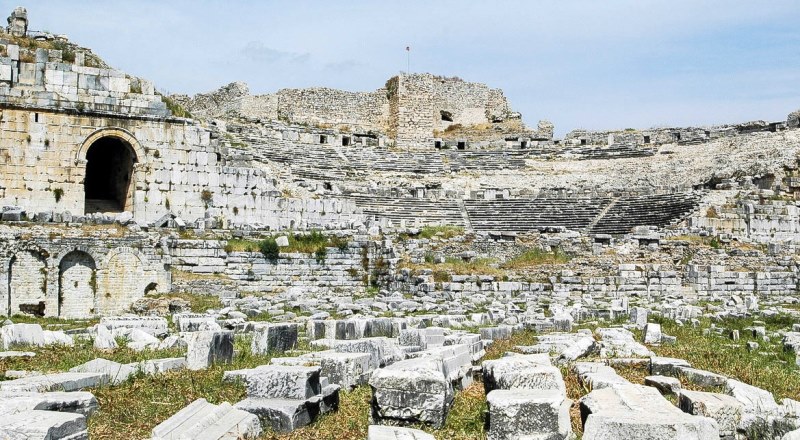 Other Prominent Landmarks to See

Walking across the main entrance road, excavators have uncovered the foundations of many buildings including the 2nd century BC gymnasium, baths, agoras, and the Bouleuterion used by city councillors.

An impressive structure to seek out is the Faustina bath. Built during the reign of Roman Emperor Marcus Aurelius, the name is a dedication to his wife. Lastly on the south side of the city but also accessible by car is the Ilyas Bey Mosque. Built in 1403, the small but impressive religious place of worship underwent a conservation project in recent years to keep as much of its original architecture as possible.

For many years, the supposed temporary closure of Miletus Museum frustrated history lovers and visitors because it dragged on for years. In 2011, to the celebrated encore of many, it reopened to display a fabulous collection of artefacts from Miletus city, the nearby ancient ruins of Priene, the Didyma Apollo Temple, and the Sacred Way; that may interest avid history lovers.

To walk the 16 kilometres, Sacred Way is to follow a mythical journey in the paths of worshipping ancient pagans. The route connected citizens of Miletus with the oracle of the Apollo temple, currently in the modern day holiday resort of Didim. Every spring, they walked the path to take offerings and receive advice from the Delphi.

Lined with Branchid statues, sphinxes and tombs of influential people, resting stops on the way also provided refreshments. These days, you have to take your own bottles of water and parts of the designated route are yet to be uncovered, but the scenic landscape and symbolic reference make up for the lack of actual artefacts.

Although the original path stared at the gate of Miletus, these days, most people set off from the nearby small Akkoy village because a private guide is available for hire from the Olive Art Gallery. For those, who cannot make it, excavations in 1858 uncovered the Branchid statues and they are on display in the British Museum in London. 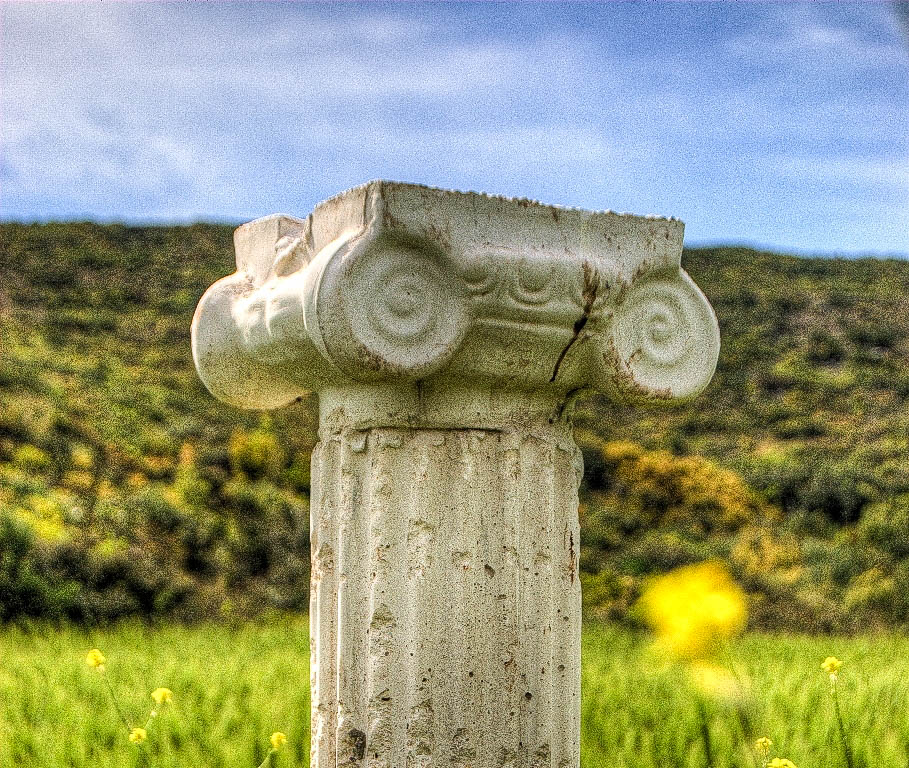 Other Places to See Nearby

There is no public transport going to Miletus so many people hire a car from the holiday resort of Altinkum or Kusadasi. Otherwise, they join the triple tour sold by local travel agents to visit ancient Priene and the temple of Apollo, as well as Miletus.

Only 30 minutes’ drive away, Priene was likewise an old city that achieved great prominence during the Ionian era. These days, people mainly go to see the remaining iconic columns of the Athena temple and a house used by Alexander the Great. The theatre, although smaller than the one at Miletus also displays the original altar and VIP Seating.

The Temple of Apollo in the popular holiday resort of Altinkum was an oracle centre in history. If construction had been finished, it would have rivalled the Delphi in Greece. The triple tour often finishes here to see the sun set behind the tall ancient columns of Altinkum’s most famous landmark.

Note : You may interested in our Aegean area guide that talks about other highlights, places to stay, weather climate and much more. 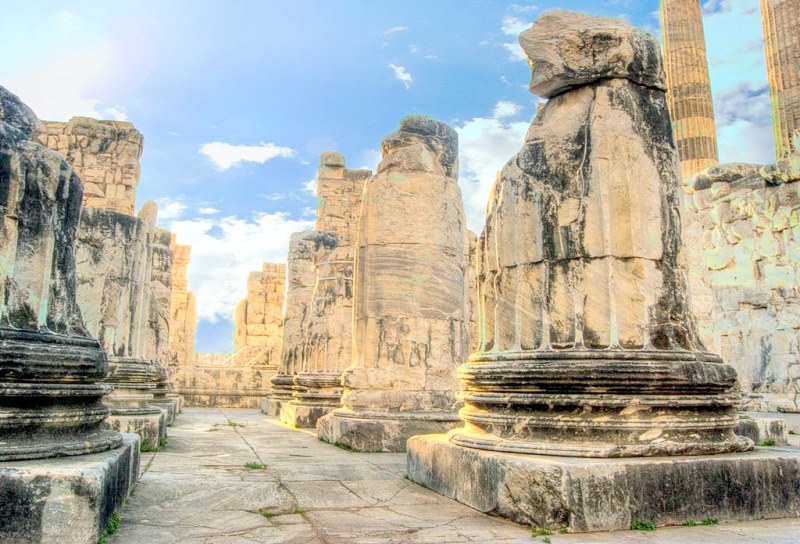