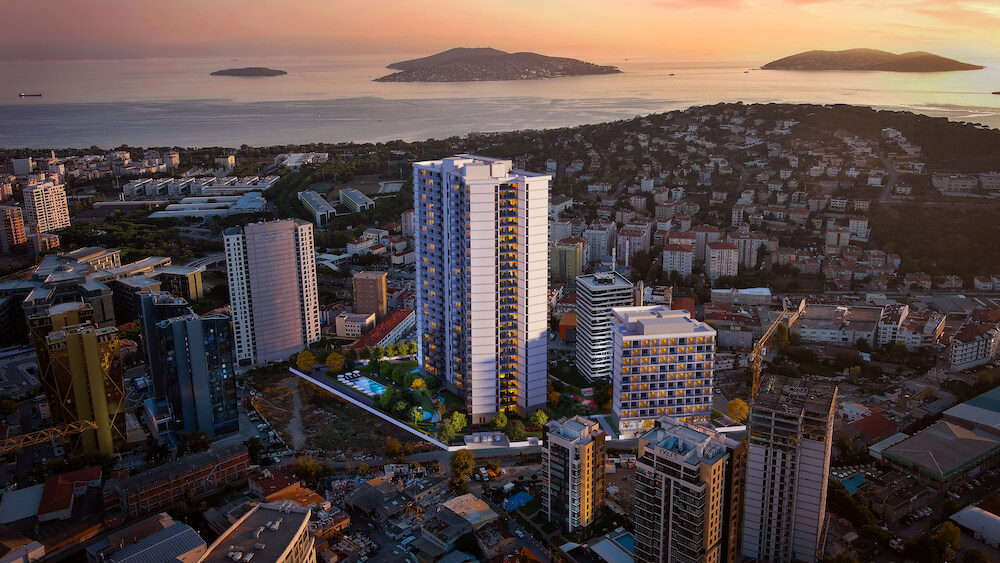 Residential property sales in Turkey continued to rise in March, reaching their highest level ever, according to figures released, aided by a surge in international buyer interest.

The Turkish Statistical Institute (TurkStat) reported that house sales increased by 20.6 percent year-on-year to 134,170 units in March, the highest March result to date. It's up from 111,241 units a year ago, and it follows yearly increases of 113.7 percent, 25.1 percent, and 20 percent in December, January, and February, respectively. Mortgage sales increased 38.8% year-on-year in March to 30,271, accounting for 22.6 percent of overall sales in the month.

According to the institution, sales increased by 21.7 percent year-on-year to 320,063 units in the January-March period.

"The increase of sales at a time when the supply of new houses in the country is reducing once again confirms the fact that real estate is a safe haven," an expert said.

According to TurkStat, sales to foreigners increased by 31% in March to 5,567 units, with Iranian individuals leading the list with 784 purchases. The next largest buyers of Turkish houses were Iraqis (741 units) and Russians (547), according to the report.

Istanbul, Turkey's most populous city, accounted for most of the sales to foreign buyers - 2,245 units. Antalya, a Mediterranean tourist city, came in second with 1,434 homes, and Ankara, the capital, came in third with 347.

According to the figures, foreign property sales increased by 45.1 percent on an annual basis to 14,344 units in the period of January to March. It was also the greatest first-quarter sales to international purchasers ever.

Many property companies claim that wealthy Russians are pouring money into real estate in Turkey and the United Arab Emirates (UAE), seeking a financial sanctuary in the aftermath of Moscow's invasion of Ukraine and Western sanctions.

Since the Feb. 24 invasion, sanctions have included Russia's withdrawal from the SWIFT banking system and the targeting of individuals, primarily oligarchs associated with Russian President Vladimir Putin. While Turkey and the United Arab Emirates have condemned Russia's offensive, Ankara opposes non-UN sanctions, and both countries have relatively close ties with Moscow, with direct flights still operating.

Ankara is attempting to strike a balance between its tight connections with both Russia and Ukraine by positioning itself as a neutral mediator. Many Russians and Ukrainians fleeing the conflict have travelled to Turkey to join relatives, while others have rented or purchased real estate.

Foreigners wishing to buy properties in Turkey in order to become Turkish citizens will now have to pay extra, according to the house sales data. According to a decision considered at a Cabinet meeting, the amount that foreigners must spend for a property and commit to retaining it for at least three years in order to obtain a Turkish passport is to be hiked to $400,000.

Ankara implemented the citizenship-for-homes scheme in 2017. It decreased the minimum price to $250,000 from $1 million a year later to encourage international buyers. According to the government, between 2017 and 2020, 7,000 foreigners acquired citizenship through home purchases.

According to data, Turkey generates up to $7 billion each year and is in the top ten countries in terms of overseas home sales. Foreigners who have made a $500,000 investment in the country, in addition to real estate, are eligible for citizenship.

In 2021, foreign home sales reached a new high of 58,576 units, up 43.5 percent year-on-year. The previous yearly high was 45,483 units sold to foreign buyers in 2019. Sales soared as the Turkish lira depreciated, making Turkish property more appealing to foreign purchasers, and authorities pursued a new economic policy of low interest rates to stimulate lending, exports, and investments, claiming that this would help the economy weather inflation.

According to experts, the real estate industry has set a $10 billion revenue target for foreign property sales this year, with the first quarter confirming that sales were very successful.