The Brits are back.

Turkey’s always been a favourite with British tourists, who have been travelling to beach destinations on the Turkish Mediterranean for decades.

In the 2000s, they began buying property, realising the destination had as much to offer in terms of lifestyle - if not more - than Spain, and at much lower prices.

In 2016, interest from Brits took a dive. An attempted coup, and the war in neighbouring Syria, dampened ambitions to buy a house in Antalya or Fethiye. Once the most numerous property buyers, the Brits were overtaken by Middle Eastern investors and lifestyle buyers.

However, with turbulent times a distant memory, three years later, interest in Turkey homes is starting to rise again.

More flights than ever before

One historic reason that Brits haven’t been as quick to buy in Turkey as they have in Spain is the availability of flights. However, this is changed quickly, and the increased connections between the UK and Turkey’s south coast have contributed to the burgeoning interest in the country. 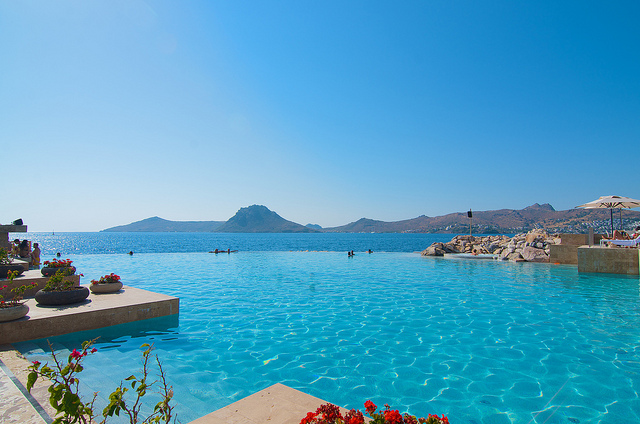 A buyer's market for Brits

As we’ve seen in the past, whenever there’s a surge of interest in holidays to Turkey’s south coast, you can guarantee an increased level of interest in houses in Antalya, Bodrum homes or Fethiye villas.

With Brits held hostage by a low pound to some extent, Deggin says Turkey has a second appeal. “The value of the lira has fallen a great deal over the past year or so, and this has certainly attracted a number of British buyers looking for Turkish homes on the pound.”

There are some places in Turkey where Brits return year after year. These are the places they inevitably set up in when they buy in Turkey. Let’s take a look at the attractions of each area, and see what kind of set-up there is for expats. 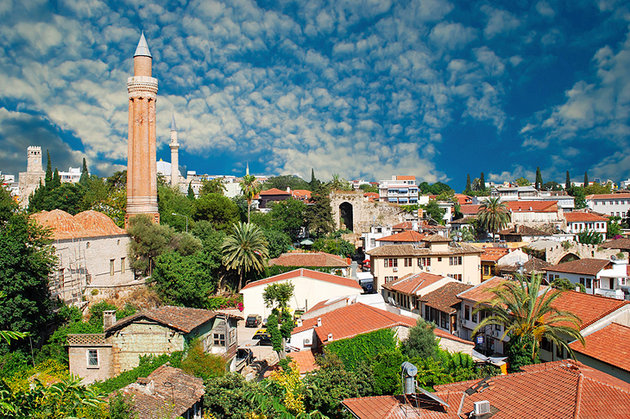 While the stunning city of Antalya, with its year-round vibrancy and cultural and historical attractions is a huge draw for visitors and Antalya property buyers, the wider region has plenty of drawcards. Belek’s golf courses, Side’s cheerful seaside vibe and Kemer’s green mountains are all enticing reasons to spread outwards along the coastline from the 2-million strong city. The city is well connected with an airport offering connecting flights to destinations all over Europe and the Middle East.

Antalya has grown in popularity to expats to such an extent that third of Turkey’s foreign population now lives in Antalya, with foreigners owning a third of Antalya homes. The largest expat population in the province are Germans, followed by Russians and British.

The largest concentration of foreign Antalya home owners is found in the city, but you can also find other expat communities in Alanya, Manavgat and Kemer. There’s a wide range of social expat groups found on Internations, and the Antalya Expat Social Group on Facebook. Antalya city has plenty of expat gatherings: quiz nights, open mike nights and meet ups.

In Antalya City, expats tend to head to Konyaalti Beach, to the high rises behind the long stretch of sand. These are well managed complexes and well connected to the city. Further afield, properties in the resort towns dotted along the coast have apartments and villas ranging from the small to the sumptuous. 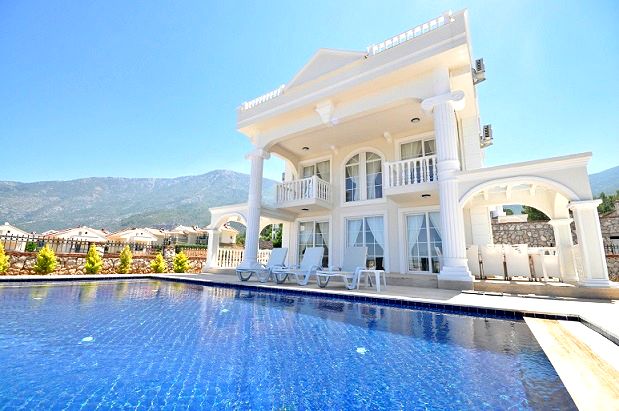 It’s easy to fall in love with this jewel of a town: green hills back a sparkling sea, where islands invite lazy days on the water and coastal exploration. Fethiye town is vibrant and interesting, while the satellite suburbs of Calis, Ovacik and Hisaronu are full of beautiful homes with access to some of the best beaches in the region.

It wasn’t too long ago that flights shut down over winter, with travellers to the region having to go through Istanbul to get to the Mediterranean city. However, this is changing with more direct flights from the UK all year round.

Home to around 8,000 foreign residents, or one in 20 people, Fethiye is by far the favourite with UK buyers. Fethiye town is full of opportunities for social events, with expat-run charities and businesses, sports teams and get-togethers for English-speaking expats. The expats community in the town is solid and enduring, with friendships formed over many years. Expats in Fethiye are welcoming and accepting of newcomers.

Cheaper land prices than more built up centres mean the region is home to a high number of luxury Fethiye villas built on large sections. You can also find cheap and cheerful Fethiye apartments too, built on managed complexes with great facilities. 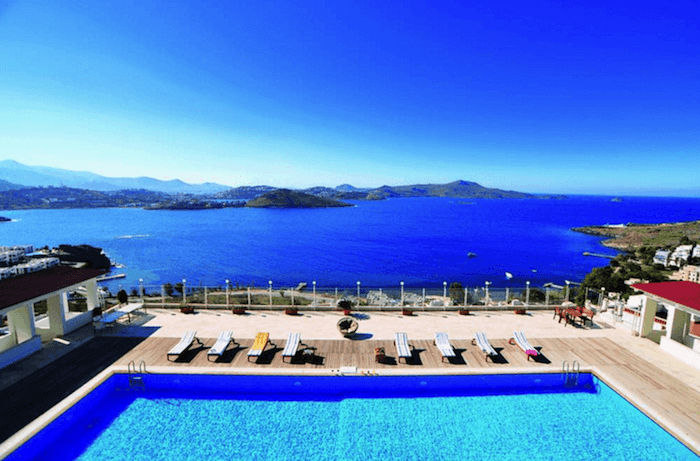 The Bodrum peninsula is an original British favourite. It’s the traditional home to Turkish tourism and firmly on the map for many British tourists who travel to the Aegean resort town in the summer, visiting Bodrum town with its striking castle and seafront promenade, upmarket Yalikavak, or quiet Gumusluk. Bodrum’s profile has changed a lot in recent years as local and international investment improves infrastructure, but the peninsula still retails plenty of Turkish old-world charm.

Bodrum’s population is a dynamic one. In the summer, the demographic of the peninsula changes as holidayers come from not only Europe, but from Istanbul and Ankara too. In the winter, it’s a different vibe altogether. Bodrum’s expats are a cohesive community. They have just about every type of social activity on the calendar, from book groups to charity fundraisers. They’re a tight-knit bunch who support each other throughout the quieter winter months and they welcome newcomers with open arms.

Home to some of the most luxury property in Turkey, Bodrum homes are gaining international attention. The peninsula’s elevated geography means most homes have sea views, and while you’re perfectly able to find a low-priced duplex or small villa, the new emphasis on luxury Turkish property in Bodrum means the focus in later years has been on high-end, high-spec design. Private, luxurious homes with award-winning design, in places like Yalikavak, Bodrum town or Turkbuku. These properties are favoured not only with expats, but with Turks from large Turkish cities like Istanbul and Ankara buying summer homes.

One of the top picks currently available in Antalya, this 5-star development offers all the amenities usually found within any town centre around the world and properties are available today with advantageous payment plans to choose from.

This elegant designer villa enjoys a panoramic view heading out towards the bay, sea, and Bodrum Centre from a highly sought after location just five minutes away from the famous Marina and all amenities needed.