What’s happening to the Turkish Lira?

The Turkish Lira has been on a turbulent ride the last few years, gripping Turks and emerging economies with a financial interest in the country, falling by 42% since the beginning of 2018 alone.

Looking at it from the outside, the main problems facing Turkey’s economy seem easy to diagnose: geopolitical tensions from bordering nations, rising inflation, disputes with the USA, election uncertainty, and a President who refuses to budge to name a few of the main issues affecting the Turkish Lira.

The real answer as to why the Lira is falling is not as simple as that, Turkey is a complex country with many factors deciding whether the Lira rises or falls. However, big questions remain: where does Turkey go from here? And what does this mean for other emerging economies?

During the first half of the 2000’s, Turkey grew rapidly under leadership of Recep Tayyip Erdogan and the newly elected Justice Development Party (AKP). Reforms were introduced to transform the economy and Turkey experienced a boom in manufacturing, infrastructure, foreign investment, real estate development, and tourism. On the back of this, Turkey was one of the few countries to barely take a hit during the financial crisis that gripped the world in 2008. However, in the last five years, new reforms have come to a halt with some analysts blaming Erdogan’s popularity resulting in him neglecting domestic saving rates, rising unemployment, and increasing labour costs. As a result of this, the Turkish Lira has been negatively affected with experts calling for long-overdue structural reforms.

Turkey is uniquely placed at the crossroads of Europe, Asia, and Russia. Whilst this might play to Turkey’s strengths as a meeting point between the East and West, the neighbouring tension in countries such as Syria and Iraq play their part in the falling of the Lira. Turkey itself has been the centre of instability following an unsuccessful coup attempt, which prompted the government to declare a state of emergency and a credit rating cut from Moody’s and Standard & Poor’s. Despite this, some agencies maintained that Turkey’s outlook was stable in 2017, citing the countries “large and flexible economy” and strong fiscal record.

While Recep Tayyip Erdogan may have been a main instigator of Turkey’s rapid growth in the early 2000’s, his refusal to seemingly let go of power has divided Turks and added a sense of uncertainty, which in turn, has had a negative affect on the Turkish Lira.

The growth of Turkey’s economy from the late nineties to the early 2010’s was mesmerising to watch, nothing short of spectacular. However, growth at such rates cannot be sustained long term, and the end of Turkey’s rapid growth came about during the Eurozone crisis with growth dropping from 9.2% in 2010, to 8.8% in 2011 and in recent years hovering around 3%, double that of the 1.5% average in Europe. 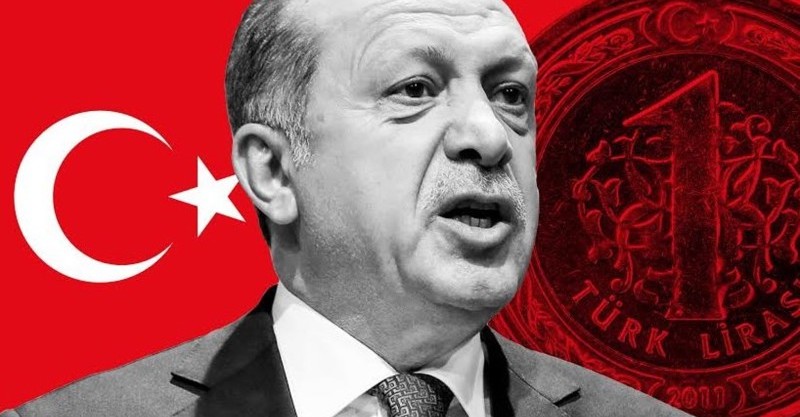 What caused the 2018 Turkish Lira crisis?

With the Lira falling by 42% in 2018 alone, the Turkish government has been slow to react and resisted calls from experts and analysts to address the problems facing the country. This is not helped by the fact that most of Turkey’s debt is denominated in US Dollars. Analysts suggest that Turkey must bring in fundamental changes in order to avoid financial stress in the future. Berat Albayrak, Turkey’s Finance Minister, saying: “After the elections, Turkey will enter into a reform period, where there will be positive results of the economic rebalancing period.”

The relationship between Donald Trump’s USA and Turkey has been a frosty one ever since Trump came to power. Economic sanctions imposed by the US in 2018, and the doubling of tariffs on Turkish products such as steel and aluminium saw the Lira lose almost 30 per cent against the US Dollar.

Inflation in Turkey had been rising since the beginning of the Lira Crisis. In October 2018, inflation stood at 25.24%, the highest it has been for over 15 years. Since then, new radical measures introduced have lowered inflation to 19.71% in March 2019, according to data by the Consumer Price Index. Turkey’s Treasury and Finance Minister, Berat Albayrak, said that inflation will “decline significantly” in the coming months. Albayrak is quoted as saying: “Turkey, especially inflation and employment, will reach a better, more balance place till the end of 2019.”

Recep Tayyip Erdogan has ruled Turkey since 2003, first as Prime Minister and then as President. 2018 annual elections were won by Erdogan and signalled a sign of continued strength for Turkey. However, 2019 saw local mayoral elections on March 31 and in Istanbul a surprise result with Erdogan’s AK Party losing power to the opposition. It has long been said that whoever holds Istanbul holds power in Turkey, so the governments reaction to losing Istanbul was to question the legitimacy of the result and order a new election to be hold – causing ripples throughout Turkey and questions of democracy. 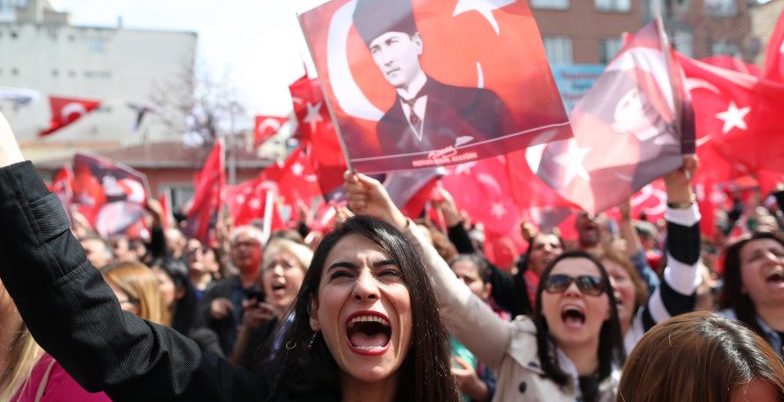 What’s happening to the Turkish economy in 2019?

Turkey’s Central Bank Governor Murat Cetinkaya said that total bank reserves increased by 4.3 billion USD to reach 96.7 billion USD, while net reserves stand at around 28.6 billion USD. Central Bank also took additional steps to bolster the Lira, including tightening policy and funding the market through a higher rate, up 500 base points since April.

On a macroeconomic side, exports from Turkey remain stable, helping to narrow foreign trade deficit to 63% in February 2019 year-on-year.

Last year, drilling in the Mediterranean began in order to search for oil and gas reserves. This was done to try and reduce the countries dependence on energy imports with plans in place to invest in renewable energy projects.

To ease investor concerns regarding the Lira, Turkey has looked towards the Eurobond markets, issuing more than double the amount of Eurobonds year-on-year. Although this saddled Turkey with a debt burden and 7.625% coupon rate, investors have flocked to eat up the high-yielding Eurobonds. Even Turkish citizens have begun choosing Turkish Eurobonds in their investment plans. Turkey’s gross external debt to GDP ratio currently stands at 57.5%, and that is less than most European countries, making Turkish Eurobonds an attractive proposition.

According to Deloitte, investors interest in Turkish businesses remains strong with 12 billion USD of deals completed in the last year, up 17% on the previous year – most of these deals coming from foreign investors.

Turkey’s Trade Deficit has been decreasing since summer 2018. In the first quarter of 2019, imports decreased by 21.45% whilst exports increased by 3.34%. Turkey’s negative trade balance was reduced in 2018 and has stayed at moderate levels.

Will the Turkish Lira recover?

In May the Turkish Lira hit a seven month low, dropping to its lowest value since October after the decision from the country’s election council nullify Istanbul mayoral election results and to hold a new election on June 23, sharpening investor concerns as bonds come under pressure and the Lira falls further to above 6 Lira to the Dollar, although that is still lower than the 7.12 Lira to Dollar rate seen last summer.

Turkey is not small:

Turkey is a vast sized country, standing at the crossroads between the East and West. The country has an annual GDP closing in on one trillion USD, simply put; the Turkish economy is too large to be dismissed. According to Bloomberg, Turkish GDP per capita stands at around 12,000 USD in 2018, around six times that of India. Turkey is also a key NATO ally, providing the second largest NATO base in the world.

Statistics show Turkey is the youngest country in Europe, with half of the total population under the age of 40. With improved living standards, more and more Turks are studying longer – creating a highly educated workforce, who is then working in Turkey to fuel the economy and entrepreneurial tradition.

The location of Turkey is both a positive and a negative at times. Despite border problems, Turkey is the gateway between Europe, Russia, and Asia – Turkey has a strategic advantage that no other country can offer. Any long-standing impact on Turkey is going to hit Europe and other emerging markets and currencies negatively, therefore it would be beneficial across multiple markets for Turkey to weather the storm. Turkey’s location guarantees attractive possibilities for investors and trade partners – and this is something that will never change.

What is the Turkish economic outlook for 2019?

Whilst the economic outlook for Turkey and the Turkish Lira is uncertain on paper, it is still not chaotic enough for the most negative of predictions. Turkish Lira is set to remain volatile and rises and falls are to be expected throughout the rest of 2019. Should the Lira situation worsen, analysts point to the fact that Central Bank is not afraid to bring in radical measures such as a 625 base point increase at Central Bank Rates during the 2018 crisis and tightening liquidity before elections.

What is the play for those investing in Turkish Lira? Opportunities come at risk, and those willing to take a little risk usually see the highest payoffs.

What does all this mean for real estate in Turkey?

Now is a golden opportunity to buy:

Foreign buyers in Turkey make up a small portion of the overall Turkish real estate market, around 5% of total buyers in Turkey. Previously, developers would sell most of their stock to domestic buyers with foreigner buyers neither here nor there – simply put; the developer would not have to worry about foreign buyers as most units are bought locally.

However, after Central Bank raised interest rates to curb inflation and ease up the Lira, domestic buyers have decreased as cost of borrowing has gone up. This opens up a golden opportunity for foreign buyers as developers have started to take notice of the foreign market in Turkey and are now willing to give large discounts for cash buyers in Turkey, sometimes up to 15 – 20% off the list price. This window will not last, though, as the domestic market is sure bounce back sooner or later. But for now, huge discounts can be achieved.

Cameron Deggin of Property Turkey, says: “Investors know that nothing ventured is nothing gained. For those willing to take a little risk, Turkey can deliver amazing results if you work with the experts who know where great opportunities are. Yes there is volatility in the Lira, but this is Turkey after all. If you want to take no risks then invest in government bonds delivering 1% per annum.” 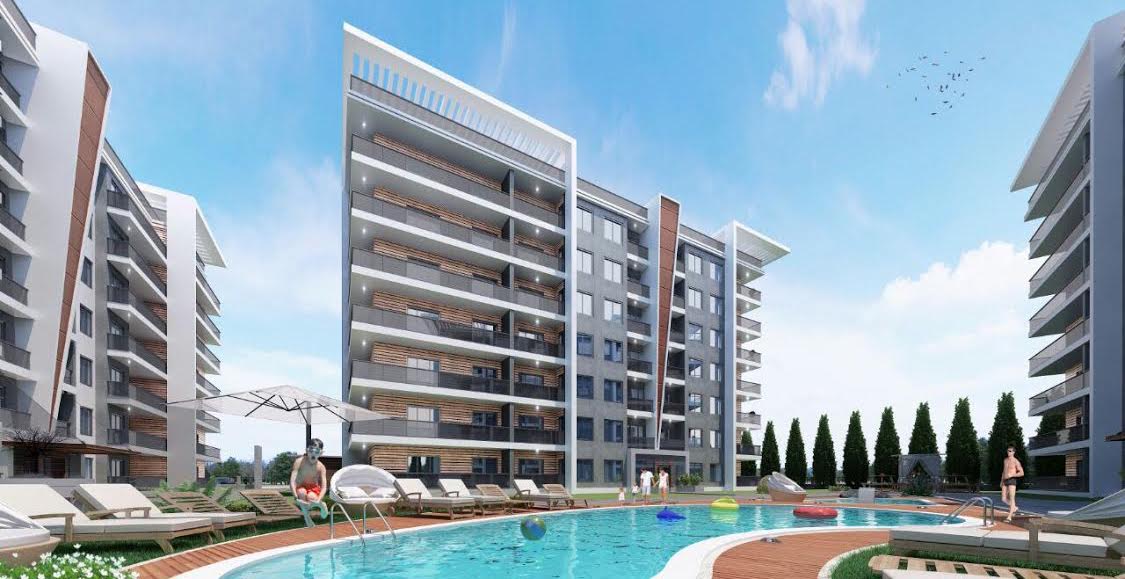