Turkey has finally stepped up its action against terrorist group ISIS with an alliance with the US. American drones and F16 bombers are now launching into the skies from Incirlik Air Base in southeastern Turkey. Turkey’s added participation is expected to turn the tide against the pervasive ISIS terrorists. 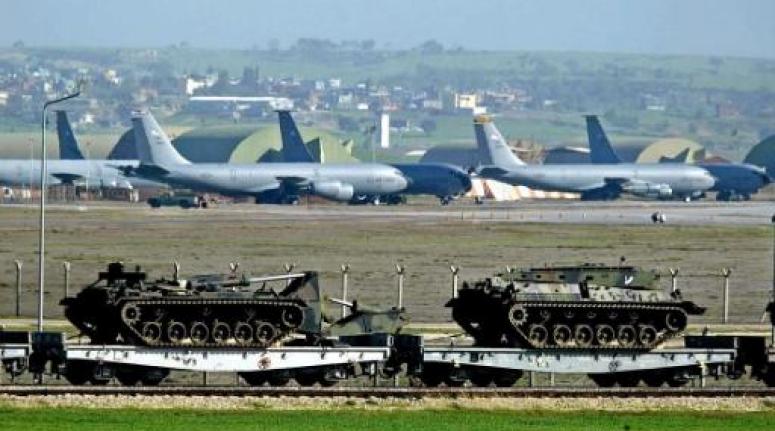 In the 18 month period since ISIS first burst onto the scene in northern Iraq, Turkey has taken a wait-and-see approach due to a fear of retaliation. The country’s previous military might has been concentrated on Kurdish rebels, carrying out strikes against rebel strongholds with the objective of dealing a crushing blow to the PKK organisation.

Although the US has been angling for co-operation with NATO-ally Turkey over the last year and a half, the government was reluctant to engage due to different perspectives of the ISIS problem - namely, that the US has partnered with Syrian Kurds as a means to fighting ISIS militants.

However, after the ISIS-suspected attack on Turkish soil last month in the Syrian border town of Suruc, Turkish President Recep Tayyip Erdogan could no longer sit on his hands. Two days later, on July 22, the president and US President Barack Obama made a deal over the phone. The upshot is that the US is now using the Turkish air base, and Turkey is to begin its own strike against the terrorist group. Turkey’s army is the most powerful in the region, and leaders are hoping that the country’s contribution will be a turning point in the fight against ISIS.

Since the Suruc attack it’s clear that the government’s focus has shifted. Some 1700 terror suspects arrested since the bombing include ISIS supporters, according to officials. Experts say that although these arrests have come late in the game, they demonstrate that Turkey is finally committed to defeating ISIS.

US warplanes carried out their first airstrikes on ISIS targets this week, using Incirlik Turkish base in the Adana region. US armed drones had previously carried out a single lethal strike in Syria, but this week’s attack was the first time manned US fighter jets had carried out raids.

Using Incirlik as a base greatly cuts the distance needed for US jets to travel to northern Syria compared to other bases almost 2000km away in the Middle East. The alliance also allows the US to fly its surveillance drones in Turkish airspace and in the future it’s possible other bases will be utilised by US forces. The deal also obliges Turkey to have greater participation in carrying out bombing raids.

However, the deal goes both ways and Turkey requires a number of conditions from its US ally. Erdogan has ordered a no-fly zone inside the Syrian border. Protected by coalition and Turkish forces, the buffer will provide a safe haven for refugees and deny the Syrian Kurds territory. Reports suggest that although there is no offical agreement to this request, it has been quietly granted all the same.

A report in the Hurriyet newspaper stated that the 90 kilometre line between Mare and Cerablus in northern Syria will be 40-50km deep. “This security line will prevent radical groups such as the Isis or the al-Qaida-affiliated al-Nusra Front from gaining the mentioned land. US-led coalition jets will provide security over the land ‘when needed’, carrying out ‘attacking or exploration’ flights,” sources said.

Additionally, Turkey is to ramp up border security measures to stem the flow of possible terrorists, employing surveillance balloons and fortifications.

Will the ISIS strike mean danger for Turkey’s commercial and tourist areas?

The recent arrests have hindered ISIS’s ability to carry out attacks like the one in Suruc, say Turkish security sources. But as long as ISIS is still operating beyond the border, the risk is still there.

Concerns of terrorist action have taken their toll on Turkey’s US$34 billion tourist industry, with a drop of 2 percent in the second quarter of 2015 compared to the same period in 2014. Over the same period, tourist income fell by 14 percent.

A number of countries - including the UK and Germany - have issued advisories for visitors warning against travel to areas near the Syrian border. These regions, far from the hustle and bustle of the tourist Mediterranean hotspots or the commercial centre of Istanbul, are little visited by tourists.

Around 41 million tourists visit Turkey each year. Aside from a little sunburn, the overwhelming majority of these visitors return to their home countries without incident. While the attack on Suruc was horrific, experts agree that unless you visit the dangerous areas, you will be perfectly safe.

In the heart of Istanbul, these city centre apartments are for sale in Sisli area and would be suitable for those wanting to live permanently with a family in Turkey, just a few minutes away from a Metrobus station and amenities.

Rare bungalow style property in a peaceful area of Uzumlu in Fethiye, located within easy walking distance to the town centre and amenities – this house has its own private garden and large swimming pool to enjoy.

Built in partnership with a worldwide hotel chain, these outstanding beachfront properties enjoy magnificent open panoramic views across the sea and are just minutes away from a private bay and excellent on-site social facilities.