How to celebrate Christmas and New Year in Turkey

The Christmas and New Year period in Turkey is full of festivities and fun - albeit in a slightly different way than you might be used to. Discover how you can enjoy all the festivities of home - in a whole new way.

Turkey is relatively new to the Gregorian calendar. The country only adopted it in 1926 when the Ottoman Empire fell. Before this time Turkey used a solar-based Islamic calendar. When Turkish parliament made January 1 an official holiday in 1935, the concept of a New Year celebration took hold, and Turks borrowed the Christmas and Thanksgiving traditions from the west - such as a Christmas tree and a turkey.

This explains why New Year has a very Christmassy feel. Although Yilbasi Urunleri (New Year’s Day celebrations) are a bigger deal than the festivites on December 25th, there’s still plenty of Christmas cheer to be found around Turkey. Perhaps that’s to do with the ever-growing Western influence - or maybe it’s just because Turks are starting to embrace the fact their country gave rise to the original Father Christmas. Streets and shopping centres are generally decked out with decorations and lights, and you might even see the familiar red-and-white Santa. In supermarkets and shops you’ll find traditional Christmas decorations and homeware in the Yilbasi Urunleri (New Year’s Day) section. 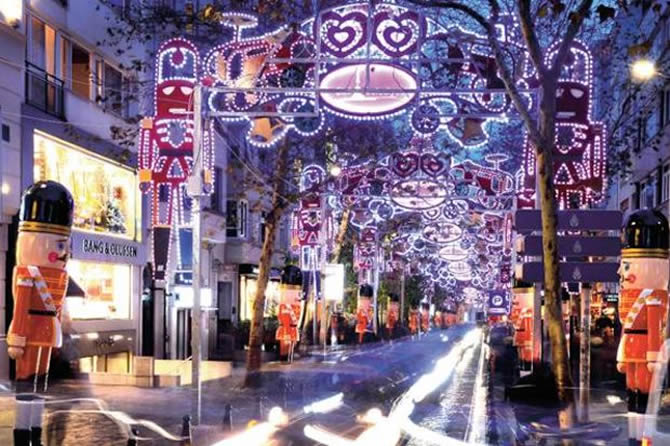 While December 25 goes largely uncelebrated by the majority of Turks, there are enough expats dotted around the country to celebrate the day, if that's what you desire. Turkey’s historical churches are a traditional meeting place for anyone wishing to celebrate Christmas. In Istanbul, head to St Anthony of Padua, the city’s largest Catholic church, located in the middle of popular shopping street Istiklal Caddesi. The 300-year-old church holds masses in Turkish, Italian and English, starting from 10am. In the evening there are hymns from 8pm.

You can also check out the Christmas mass and hymns at Saint Maria Draperis, another venerable Catholic church on Istiklal Caddesi, and The Church of Saints Peter and Paul near the Galata Tower.

Non-Catholic churches holding services and hymns in Istanbul include the Crimera Memorial Church in Beyoglu, St Helena’s Chapel in the British Consulate grounds, and the Union Church of Istanbul.On the Asian side of the city a popular expat Christmas Eve destination is the Assumption Church in Moda, where a late-night mass is held each Christmas Eve at 10pm.

In the southern cities of Fethiye, Bodrum and Antalya enthusiastic expats gather together at restaurants, churches and people’s homes to celebrate Christmas with carols and shared meals. Check local expat groups for more details. 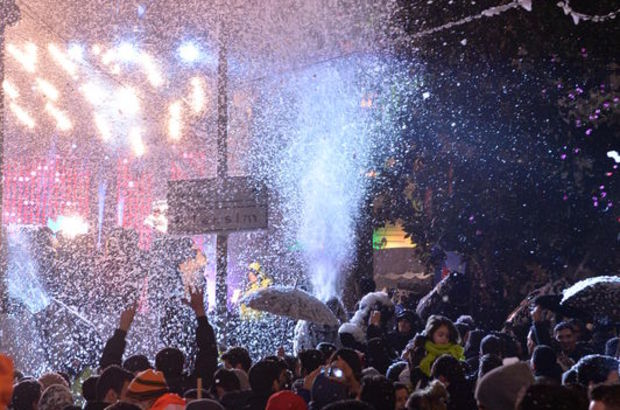 Turks celebrate Noel on New Year’s eve, when they decorate trees and exchange gifts with loved ones. If you’re lucky enough to be invited to someone’s family home, you’ll most likely partake in a large turkey dinner, family games, countless television variety shows and just before midnight, the announcement of the winning national lottery numbers.

When midnight strikes people will congratulate each other, toast the new year and exchange small gifts. Baba Noel - the Turkish secular version of Santa Claus - visits bearing gifts for children, which he leaves under the tree.

If you’re not part of a Turkish family group, there are plenty of places you can go to celebrate. Many hotels, restaurants and nightclubs offer a special evening of entertainment. Check your neighbourhood to find out what’s on offer. You might need to make a reservation. Most city centres have firework displays at midnight.

Although New Year’s Eve isn’t an official holiday, many workers get half a day off. You’ll find schools, supermarkets and large institutions will close earlier than usual. Afternoon and evening are busy times on the road in major city centres, so make sure you get where you need to be before midday.

Despite the increasing prevalence of Christmas trimmings in major Turkish centres, there’s a distinct lack of commercialisation. No Christmas carols on an endless loop, no in-your-face advertising and no frantic crowds of gift-buyers. In fact, the Christmas period is a great time to go sightseeing - queues are shorter and popular destinations quieter.