Property Turkey Blog What Should You Not Miss in Turkey?

What Should You Not Miss in Turkey?

First-time visitors may be wondering what they should not miss in Turkey. Indeed, this diverse country offers various attractions and cultural aspects for everyone to experience at least once in their life. However, the list runs into hundreds of suggestions, and anyone on a short one-or two-week holiday will struggle to fit them all in. So, when looking at the must-see places and activities below, we talk about the most popular which stand out for unique reasons. Collectively, they perfectly introduce a country you will fall in love with and return to, year after year. Also included within each suggestion is a link with further information if that place or thing piques your interest. So, let's start.

11 Things Not to Miss in Turkey

Delve into historical places that shaped events worldwide by browsing the Ottoman and Byzantine Empires' former ruling capital centre. Sitting in the Sultanahmet, Fatih district, sites like the Blue Mosque, Topkapi Palace, Hagia Sophia, Basilica cistern, and the Hippodrome represent the power and reign of earlier sultans and emperors. But it does not just stop there. Formerly named Constantinople, other exciting places include the Grand Bazaar, Galata Tower, and Bridge, and Taksim Square. Our favourite activity is to catch a ferry leaving from Golden-horn Eminonu port to cruise the Bosphorus and disembark at many shoreline districts adding another dimension to famous Istanbul. Read more in our Istanbul area guide and general information. 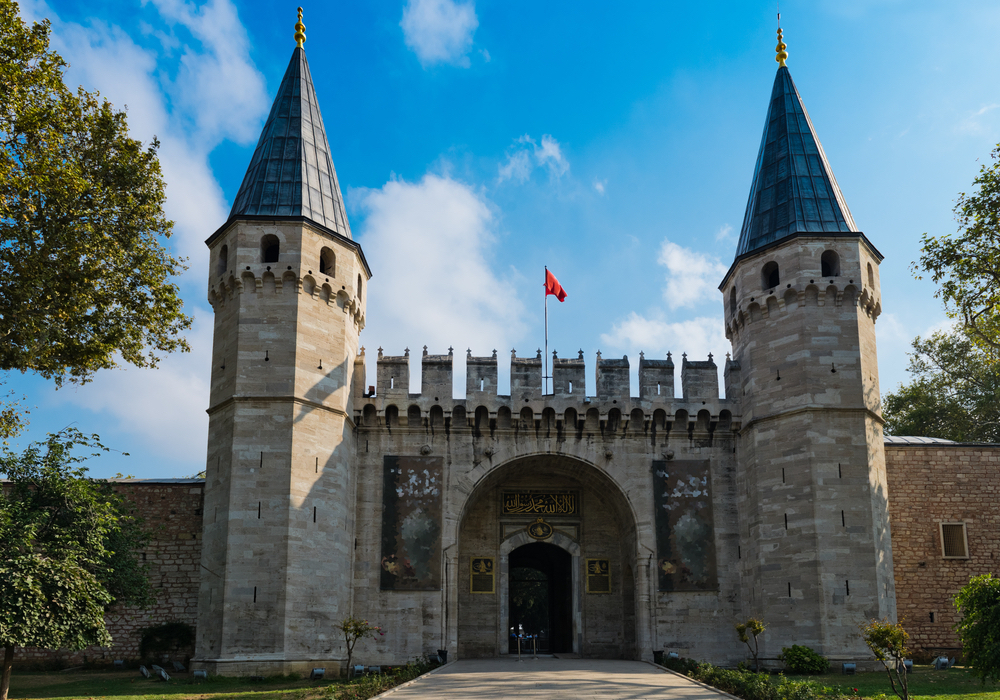 When you travel to Turkey, you might think Turkish food limits itself to the typical kebab and delight. However, collectively, the wide range of soups, starters, main meals, desserts, and sweets highlight a cuisine so diverse yet remarkably unique. The good thing is that you don't have to go anywhere specific. Turkey has seven geographical regions, and each has a separate identity when it comes to food. For examples, while the Aegean and Mediterranean coasts concentrate on seafood dishes, the black sea is famous for homemade dairy products and tea. Do try out the Turkish coffee ritual and bypass the typical tourist cafes to indulge in local food highlighting time-honoured Turkish culture—a beginners guide to Turkish food. 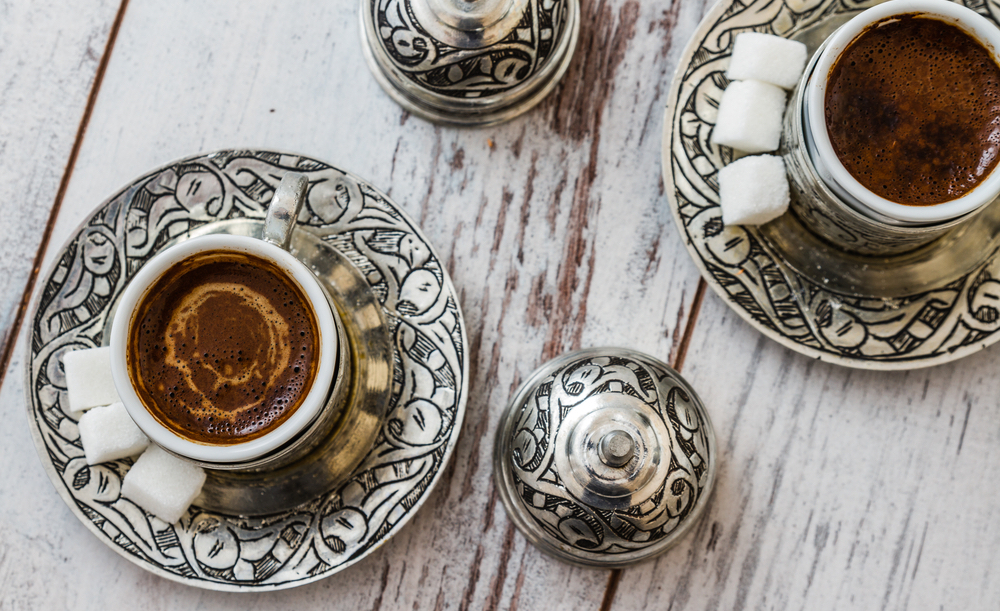 Travel inland to the central Anatolia region to discover a marvellous collection of small villages, making up Turkey's second most popular holiday destination. Although tourists are everywhere, Cappadocia keeps its traditional Turkish heritage, so do be sure to taste local cuisine while there. The most popular activity, a hot air balloon ride, takes off every morning at sunrise for a spectacular bird's eye view of unique rock formations. Other places include the UNESCO world heritage site of Goreme open-air museum, known for ancient churches with interior frescoes depicting scenes from the Bible. Also, see one of many underground cities like Derinkuyu, which locals used in ancient times to protect themselves from invading forces. Most sights spread out, but local travel agencies sell a day-trip featuring the highlights. Learn about the Cappadocia region of Turkey. 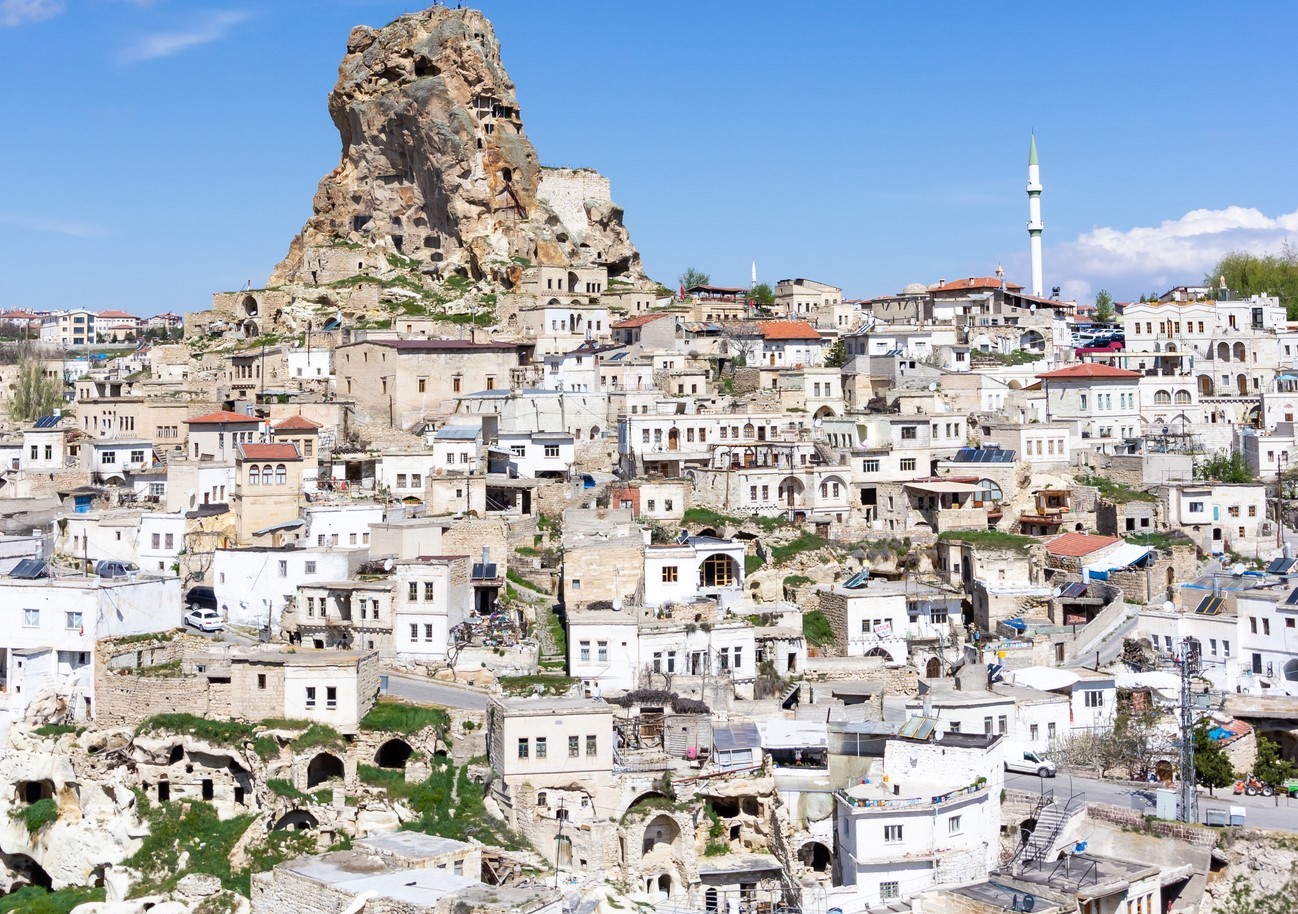 When it comes to natural wonders, many travellers put Pamukkale on their sightseeing itinerary. This landmark's treasures; white calcium pools formed by trickling water down the hillside, look like a cotton castle from a far distance, hence its nickname. Often ranking in Turkey's top five most visited places list, many people visit on a daytime excursion from surrounding beach resorts. After dipping your toes in cooling waters, stop by the museum and Cleopatras bath before heading onto Hierapolis ancient city. During Roman times, soldiers used to stay here to heal from their battle wounds, but the prime landmark to see is the fantastic theatre with its perfect façade. Ten things to do in Pamukkale. 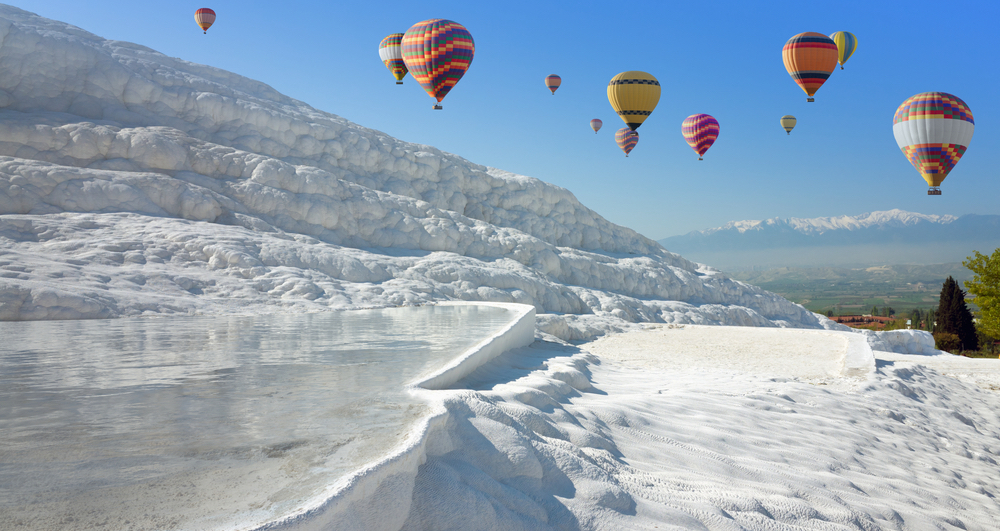 5: Turkish Baths to Indulge in

Many a foreigner raises their eyebrow at the suggestion of a Turkish Bath, yet it is good for skin and stress levels. Also known as a Hamam, contrary to belief, you can wear your swimming costume to indulge in this ancient world ritual that started with the Romans and not the Ottomans. After sitting in a steam room, lay down on a marble slab and covered in silky soap suds. Using a loafer, a masseur will then scrub off all dead skin from head to toe. So be careful and put on the sun cream before hitting the beach; otherwise, you might end up lobster red. What to expect from a Turkish Hamam. 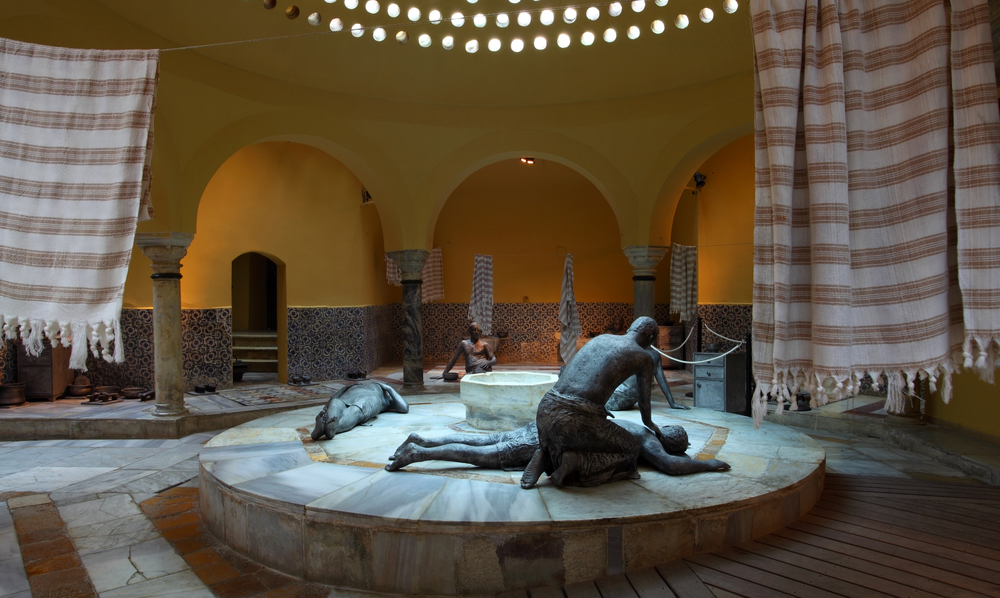 On any trip to Turkey, be sure to visit Ephesus, not only because it is the most famous historical ruins in the country but also widely respected worldwide. In ancient times, the city nearly rivalled Rome for its business acumen and forward-thinking. It was only when the Aegean-sea ebbed away slowly when its importance as a sea trading port diminished. Landmarks building to see include the Celsius library, Roman terrace houses, agora, and large theatre where the Artemis riots took place. When they travel to Ephesus, most people do so on a day trip or stay in Kusadasi; but we recommend staying closer to Selcuk town. Then you can take in other touristic attractions like Sirince winemaking Village, the Virgin Mary's house, and the temple of Artemis, one of the Seven Wonders of the ancient world. (What to see in Ephesus.) 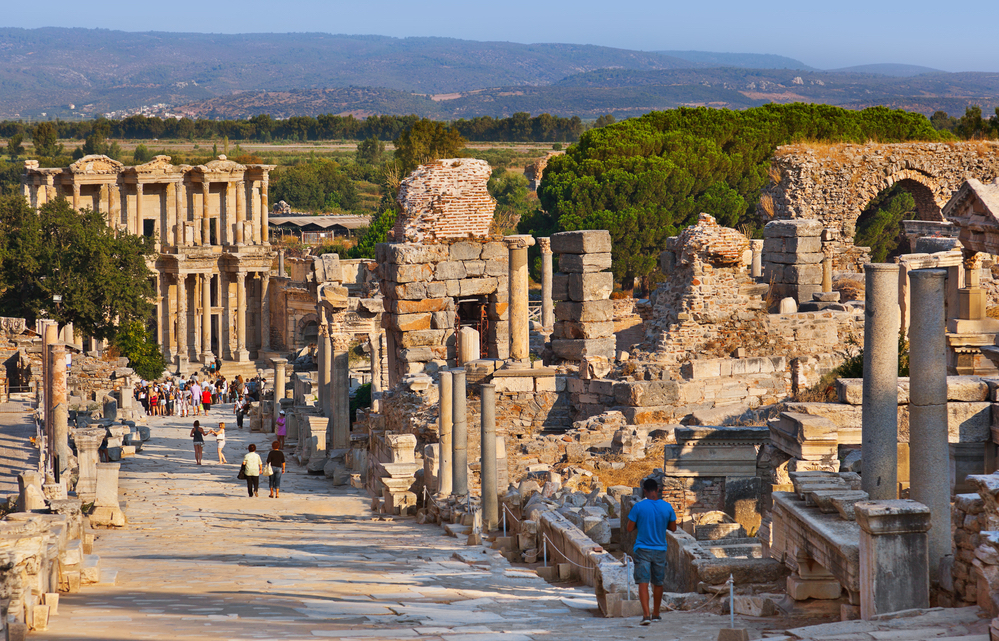 Mainly covering the Mediterranean Coastline, the Turquoise coast is a sailing playground. Notable hotspots include Fethiye, Marmaris holiday resort, and cosmopolitan Antalya. You can sail set-itineraries between them known as a blue cruise or hire a private yacht to chart a unique course. Expect lots of hidden bays and coves, as well as many more seaside towns making up the Turkish Riviera. While cruises on plush yachts regularly depart from each marina, a favoured form to sail is the time-honoured Turkish gulet boat. Enjoy breakfast, lunch and dinner on board and spend days sunbathing, swimming, and exploring notable hotspots like Dalaman mud baths and Olympos ruins. Travel guide to the Turkish riviera. 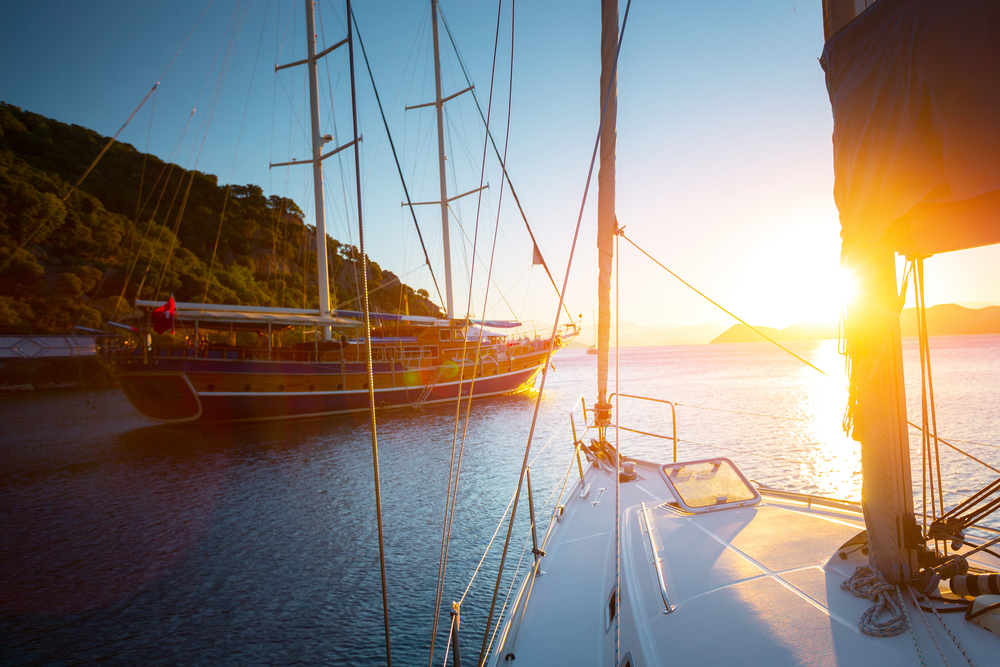 When visiting Turkey, the first notable sound you will hear is the mosque. The call to prayer sounds five times a day and, in some areas, echoes across the cities and towns, beckoning worshippers to a daily ritual. Not all Turkish people are practising Muslims, but still, be respectful when visiting a mosque because it is a worship place. In almost every town, either spanking brand-new buildings or historical gems make the perfect introduction to Islam. Most day tours also visit notable ones. Ladies should buy a headscarf and cover their arms and legs. Generally, the most famous mosques sit in big cities like Bursa, Istanbul, and Ankara. Beautiful and famous mosques in Turkey. 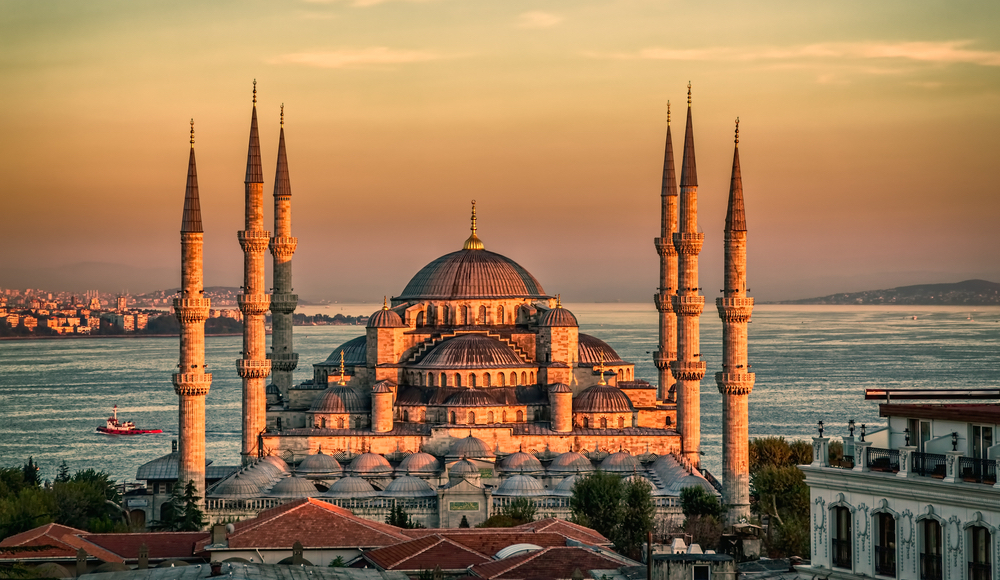 9: Things to Do in Oludeniz

Book a 2 to 3 night stay in Oludeniz, and it serves as an excellent base for exploring the area and surrounding attractions. Known as the famous Blue Lagoon's home, one of Turkey's most photographed beaches, the resort also makes a roaring trade in paragliding from Babadag mountain. Don't be surprised to see ten or more gliders flying above at any time because they come into a landing pad on the beach. Book a boat trip, or catch the water taxi across to Butterfly Valley for a bit of rustic charm with natural settings. Daily excursions run to places like Saklikent Gorge and Tlos ancient city. Simultaneously, local buses will help any traveller explore independently and see Kayakoy Ghost Village and large tombs overlooking Fethiye town centre. Nightlife in Oludeniz is typically British themed but expect a wide range of dining choices and great entertainment. From the town, also catch a ferry to Rhodes Greek Island for two holidays within one. Read about things to do in Oludeniz. 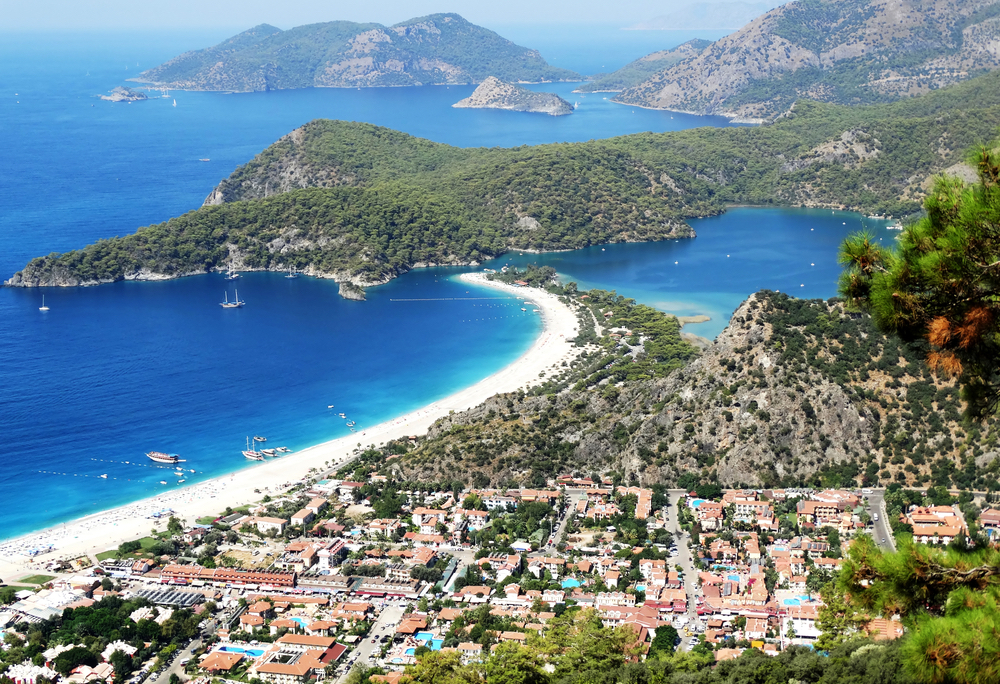 Ancient cities in Turkey are plentiful, and a good list highlighting the diversity of civilizations that have ruled is the UNESCO Heritage collection. However, for an in-depth look at the Lycians who once ruled over the Sothern coast, trek the Lycian Way, a 516-kilometre trekking path stretching from Antalya to Fethiye. Including sites of natural beauty like the Chimera burning flames, it covers a collection of archaeology treasures like Xanthos, the large theatre of Aspendos, ancient churches of Gemiler island and the old city of Patara. Due to its extensive length, most people complete sections at different times; however, if you want to do it in one go, stay overnight in local hostels or camping sites. Find out more about the Lycian way. 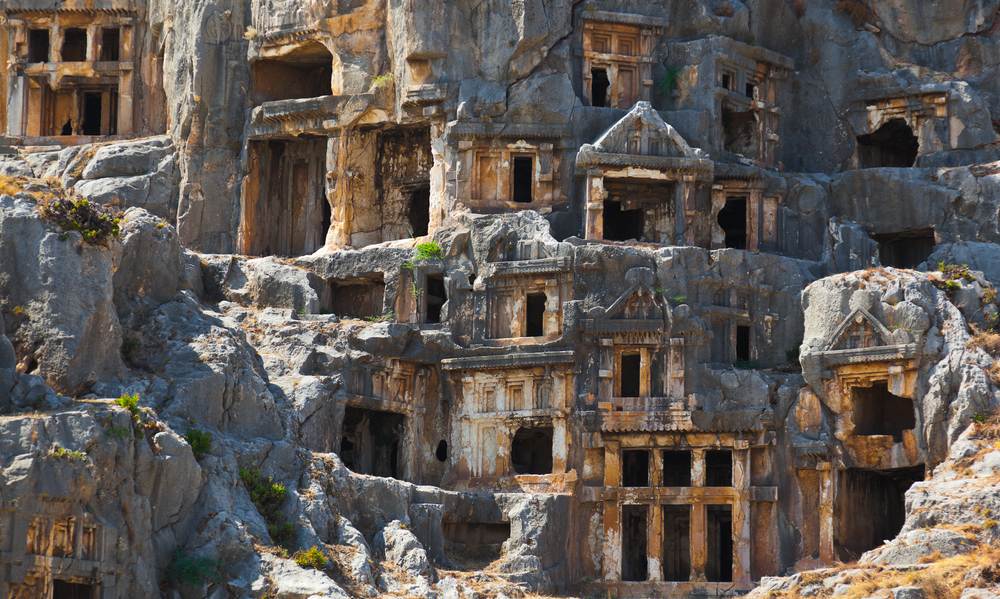 Starting in Trabzon in the northeast, local travel agencies sell a three-night tour to explore the mountainous North-east Black Sea region. First on the Agenda is Sumela Monastery overlooking the valleys of Macka National park. Perched on the edge of a high cliff, Greek monks ran the 4th-century monastery dedicated to the Virgin Mary before deserting in the Turkish war of independence. Next on the list is Uzungol, a delightful lake nestled in between two towering mountains. Whether biking or walking around, this place is very different from the typical beachside resorts, as seen in holiday brochures. Also, visit Ayder plateau, a spring water town, where locals adhere to Laz and Hemsin cultures. The regional Turkish food here is to die for and a must-try. Why visit the Black sea region of Turkey? 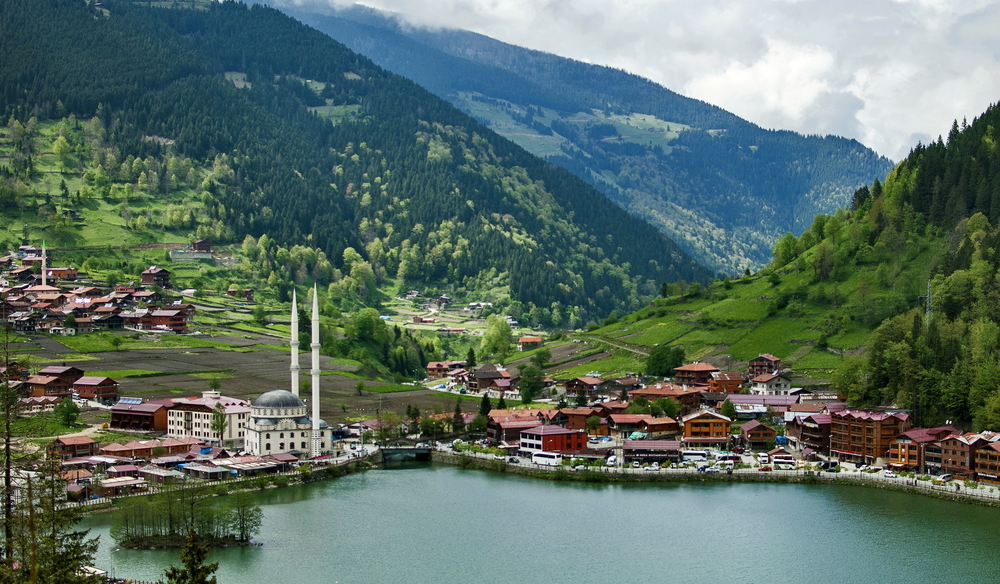 About Us: We are Property Turkey, a real estate and investment specialist with offices all around the country. We have helped many people invest in Turkish housing, whether they wanted a holiday home or to move here permanently. We have also taken all our local knowledge and put it into our extensive blog about everything and anything to know about Turkey. Find out more than what you should not miss in Turkey, including history, culture, food, lifestyle and more.