Beautiful and Famous Mosques in Turkey

The vast range of everyday activities for visitors to Turkey may seem overwhelming but one highly recommended thing to do, wherever you go in the country, is to visit a mosque. Opening their doors to everyone regardless of faith, the mosques of Turkey provide a unique insight into the role of Islam in this secular, democratic country. Even though a large proportion of the country is Muslim, not every citizen practises the religion so away from the bars and restaurants of the coastal resorts, seeing inside a mosque is an alternative and easy glimpse at one of the biggest religions of the world. 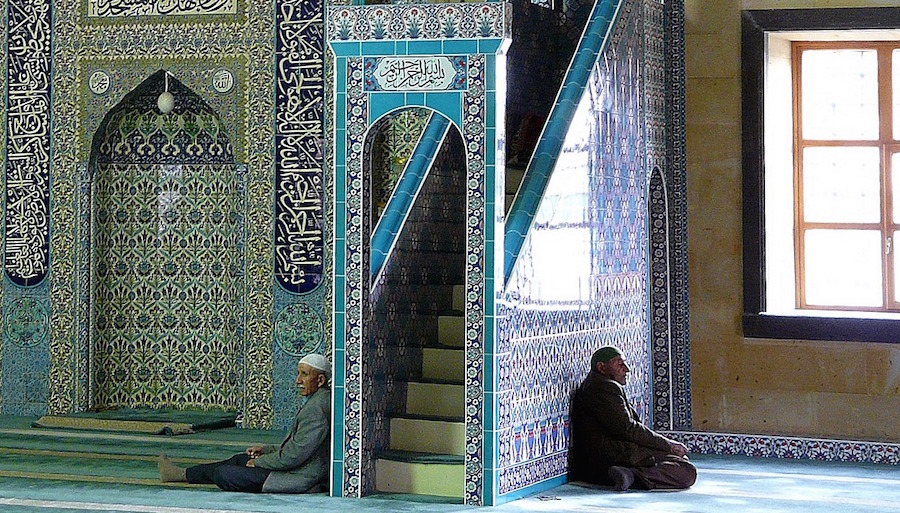 Usually situated within a courtyard of the mosque, the first notable structure coming into view is the Sardivan, with numerous taps and stone platforms for sitting down. This helps anyone who wants to pray to first of all obey the rituals of cleansing their head, feet and hands.  After taking off shoes and entering through the main entrance doors, the interior of a mosque projects an immense sense of space because of the large carpeted middle section. Used by Muslims when they are praying, followers easily kneel and bow their head to the ground as a mark of respect for Allah.

Replicas of living things, either human or animals are forbidden so statues are non-existent. Instead, we see a marvellous display of abstract and geometric décor as well as calligraphy. Known as the art of beautiful writing, the Islamic art scene pays great respect to the art of calligraphy since the primary reason for using it, is to copy verses from the Quran. Occasionally, the tulip shaped flower, widely cultivated and respected by the Ottoman Empire also appears because the letters are an anagram for Allah.

Visible from most points of the interior, a niche marking in or on the wall called a mihrab shows the direction of Mecca while the Minbar, sitting close by is used by the imam to deliver his sermon. Lastly, a separate section is designated for women, in the form of a  screened area or a balcony on the upper level. 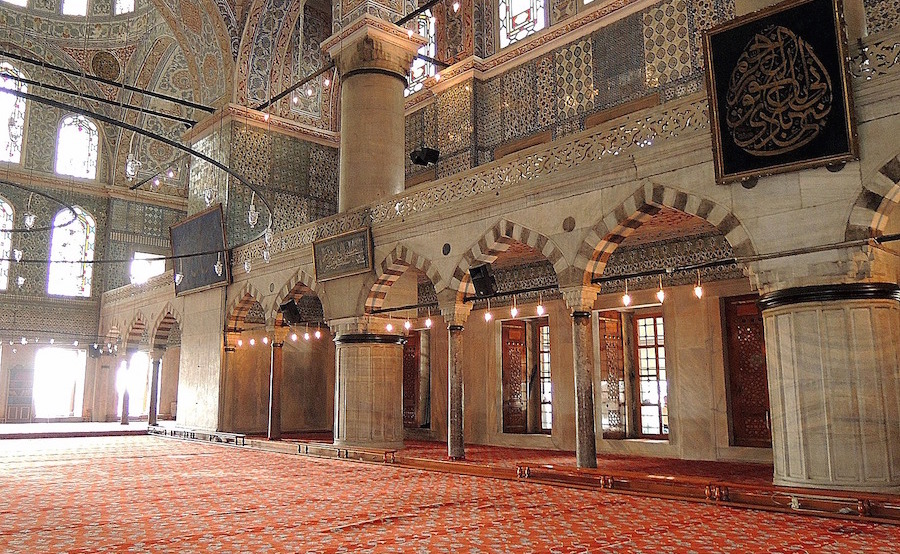 Visiting a Mosque in Turkey

Five times a day, all mosques around the country perform the call to prayer using a loudspeaker system within the minaret, that is the tall tower structures, projecting from the roof. Prayer times adhere to sunrise and sunset so will change throughout the year, but they are more frequent at nighttime with a large break in the morning allowing followers to go about their daily business.

Since it is a secular society, It is not compulsory in Turkey for a Muslim to attend all five prayer sessions. Indeed some muslims just go to the mosque on a Friday, the holy day of Islam of which the Christian equivalent is Sunday. The best time to visit is outside of prayer sessions but at the same time, it is still respectful to ask permission to take photographs, observe silence and leave food and drink outside.

Everyone should take their shoes off, and women’s heads need to be covered with a scarf. Everybody including men should also cover their shoulders and knees. Since it is a religious building, mosques don’t have entrance fees, but usually, donations are gratefully accepted. 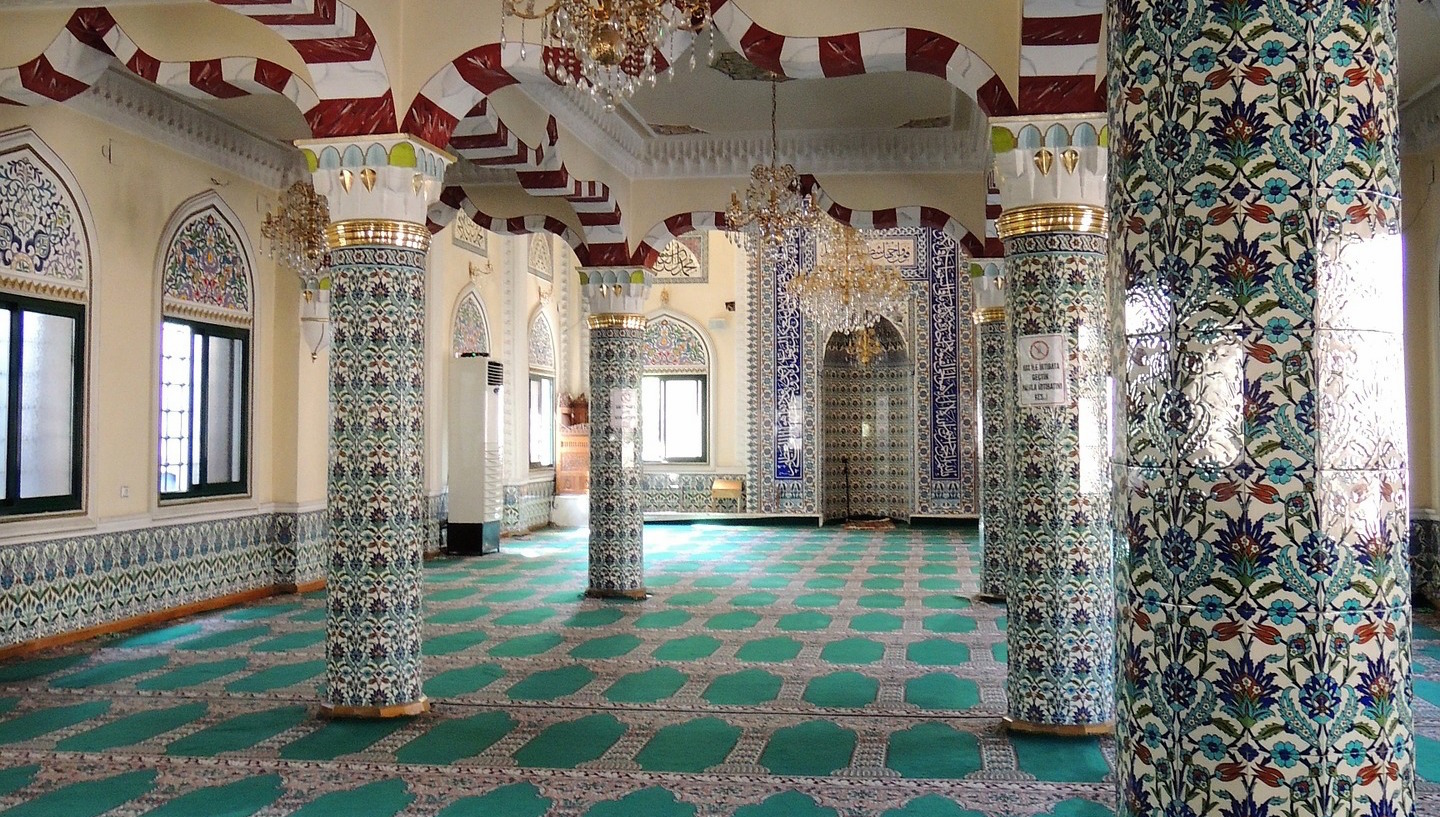 Although, many mosques, big and small are scattered around the country of Turkey, a few, known and respected for their architectural styles, Islamic calligraphy or huge sizes accommodating thousands of people receive more admiration and respect than others. Undoubtedly, one of the most widely visited and world famous mosques in Turkey is the Blue Mosque, sitting in the Sultanahmet district opposite the famous Hagia Sophia.

Taking its name from the mainly blue interior tiles, its six minarets at the time of its construction in 1616 caused outrage since it was viewed as an attempt to rival Mecca. This previously imperial mosque also uniquely has a raised platform used by the Ottoman sultans during prayer time that is called a loge. With over 250 windows, the generous amount of natural daylight into the mosque highlights the beauty of the interior. (Read more about the Blue Mosque)

Another famous mosque of Istanbul is the Suleymaniye Cami, a UNESCO World Heritage site built in 1558 on the third hill of Istanbul. It’s the city’s largest and an excellent example of Islamic art. Within the compound, a tomb belongs to Mimar Sinan, who designed the mosque and was also the most famous architect of the Ottoman Empire, having built numerous structures for the sultans who demanded nothing less than pure excellence. (Read more about this mosque here)

Heading to the nearby city of Bursa, the Ulu Mosque pre-dates the examples mentioned above having been built more than 150 years before. Mostly admired because of its ancient calligraphy adorning the walls and columns, it also uniquely contains traces of Seljuk architecture and 20 mini domes. (More here)

The former Ottoman imperial mosque of Edirne was likewise built by the highly respected Mimar Sinan in the 16th century, and he proudly called it his masterpiece. Known as the Selimiye mosque, it joined the UNESCO world heritage list in 2011. Dominating the skyline with its big dome and four elegant towering minarets, the complex also includes a madrasas,  a school of Islam, a library, clock house and covered market.

Just 11 eleven years later, Mimar Sinan died but he left behind a legacy. No-one else after was able to match his abilities to construct mosques worthy for an Ottoman sultan and with him, a decline of Islamic architecture set in. In recent years, many large modern mosques have been built around the country, yet the exceptional reputation of Mimar Sinan for making Turkey’s most famous mosques is set in stone. 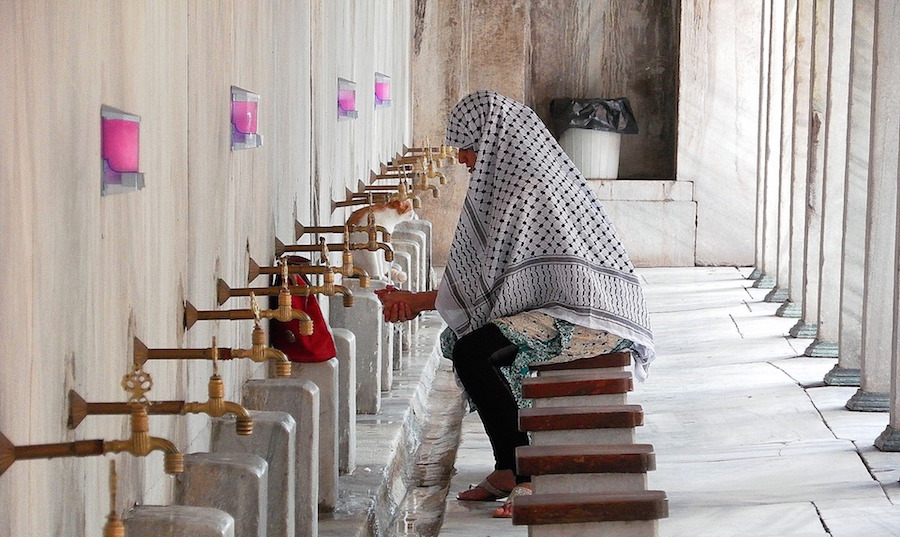 The Hagia Sophia and Blue Mosque : Sitting opposite each other in the historical part of Istanbul, both buildings have dominated the architectural world for many years.

Sign of the Cross, Churches in Turkey: It might surprise you to know Turkey has a wealth of beautiful churches.