The first advice that any discerning traveller will tell you is to observe, be aware, and respect the traditions of countries you visit. When it comes to Turkish Customs and Social Traditions, this good advice helps you to blend into the crowd but more importantly enhances your time in the country. As the saying goes, the best experiences stem from acting like a local.

So for first-time visitors to Turkey, what are the customs and traditions they should know about? Well, there are plenty to know but writing about them would take a full book. So for this article, we are focusing on a topic that is often at the heart of everyone’s travel memories. It is also a focal point of daily life for Turks, and that is delicious Turkish food.

Turks do not take food for granted and will rarely waste it. There is also nothing better than sitting down to enjoy a delicious meal with friends and family so you may find yourself invited to eat with them, even if you have just met. Whether dining with Turks or in a traditional restaurant, here are the foodie things to know about Turkey. 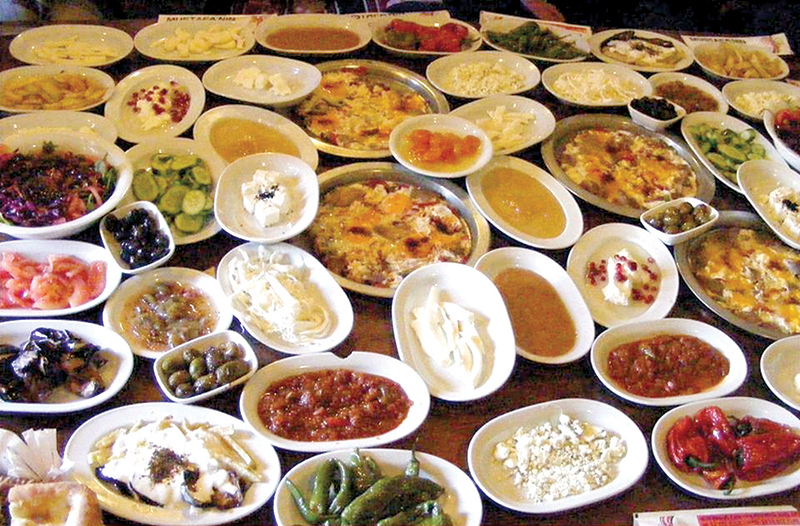 Enjoy Your Meal: “Afiyet Olsun” translates into enjoy your meal and Turks say it with genuine affection because they really do want you to lick your lips. This age-old saying is still widely used, and waiters in traditional Turkish restaurants say it when serving your meal to the table. The simple response to this is to say thanks (sagol.)

Bread, Bread, Bread: Turks eat bread with everything! Overestimating their consumption is impossible. We know Turks who have left a meal to become cold while they go to the shops for bread. If you invite your Turkish neighbours around for dinner, be sure to buy a loaf or two, so you don’t run out. 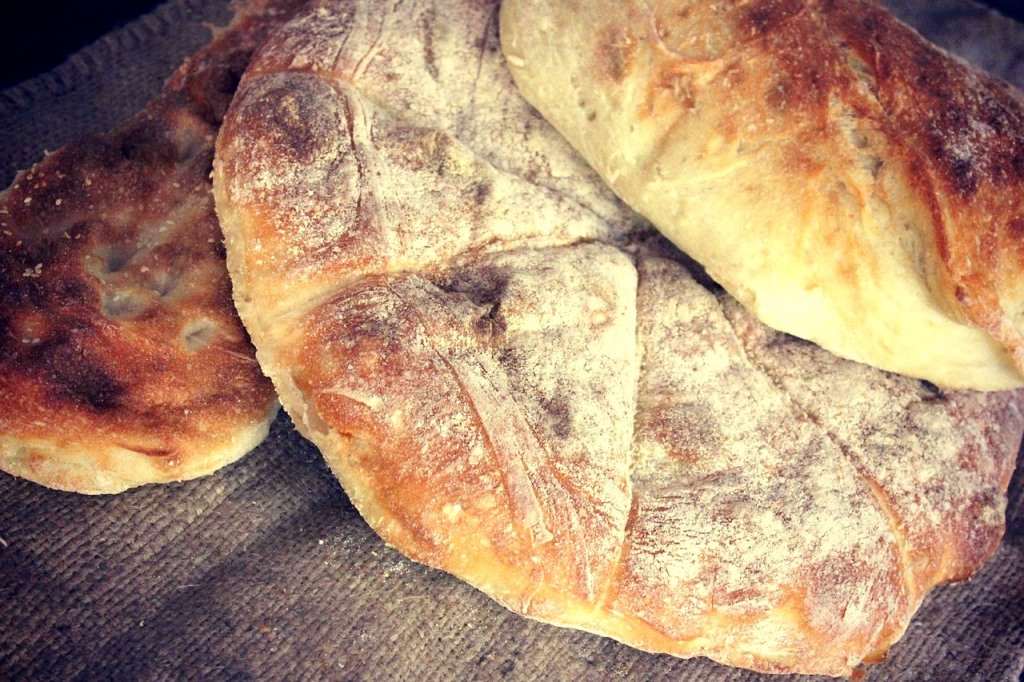 Health to Your Hands: If a Turk invites you to their house for a meal (this happens often), at the end of it, say “elinize saglik” to the cook. It means health to your hands, but the unwritten translation is that you thoroughly enjoyed the meal and appreciated the effort. Also, if you want to take a gift, alcohol generally isn't drunk in the home, so instead, give a box of baklava. This is Turkey’s national dessert and sweet dish made from flaky pastry, thick syrup, and pistachio nuts.

Be Discreet when Using a Toothpick: Almost every restaurant and home has a small box of toothpicks that are ideal after eating meat dishes. Yet, in Turkey, showing everyone the contents of what you pick out of your teeth is rude. Instead, Turks discretely cover the hand using the toothpick with the other hand and then discard it on their plate or in a napkin after. The word for toothpick is kurdan. 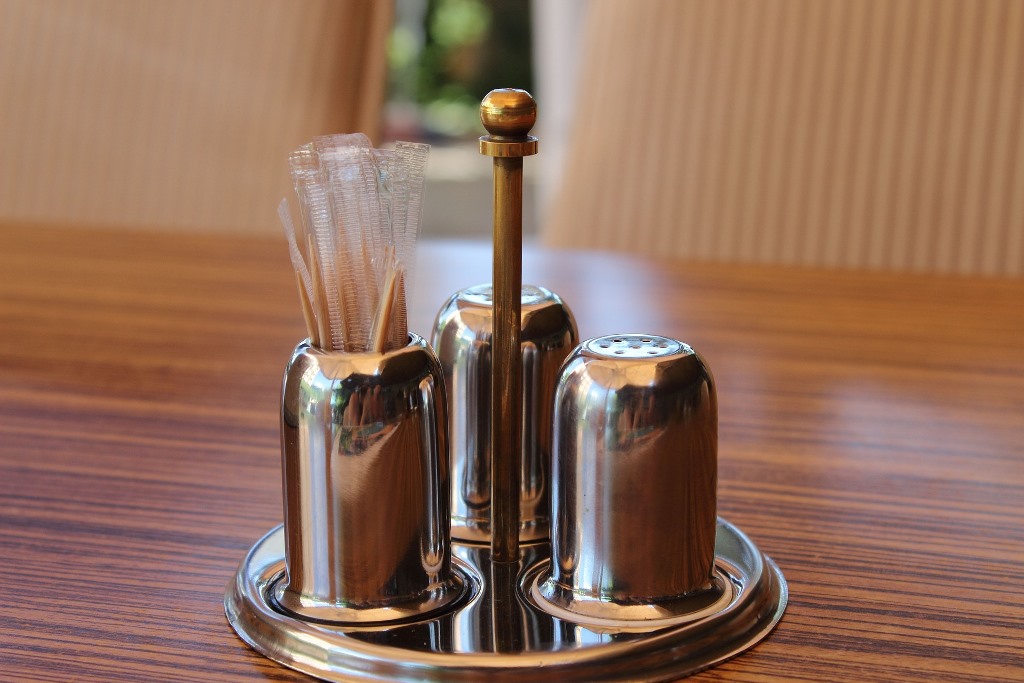 Old Fashioned Seating: In cities, restaurants and modern homes, Turks sit down to eat at a table, and everyone has their own plate. However, if you travel in rural areas or come across a traditional themed restaurant, you’ll discover the old fashioned way of eating. People sit together around a large silver tray called a sini that is placed on a small stool. All food dishes are placed on the sini, and everyone eats from that, rather than have their own portions on their own plates. Urban legends say the past, this method encouraged people to eat quickly and the slowest would go hungry.

Neighbourly Etiquette: On many occasions, our expat customers find their Turkish neighbours knocking at the door with a plate of food. Tradition says after you have tucked into the meal/snacks given, you should return the plate with something inside it. It can be anything you want, and many take this opportunity to learn how to bake Turkish biscuits and cakes.

Melon, Cheese and Raki: Everyone has their own quirky food preferences that may seem odd to others, but collectively, Turks across the nation have adopted the social custom of eating honeydew melon with sharp, white cheese. Foreigners often raise eyebrows at this, but the taste is surprisingly pleasant because the flavours bounce off each other. If you want to be like a real Turk though, a glass of Raki (Turkey’s national alcoholic drink) completes the diversity in flavours with its aniseed kick.

Yoghurt: It surprises many foreigners when Turks eat yoghurt with their main meal, but our suggestion is to try it before you turn it down. Two common dishes of which ingredients insist on yoghurt are manti (Turkish version of ravioli) and Iskender Kebab. The taste of the yoghurt blends well with the other ingredients to present an overall tasty dish. Likewise, their love of yoghurt follows through into drinks, by adding water and salt to it, to make Ayran. Surprisingly refreshing in summer, it also cures stomach-aches and hangovers.

Soups: Occasionally Turks eat soup for breakfast, but there is nothing odd about this because this tradition stemmed from the Ottoman days before the current traditional Turkish breakfast swept through the country. Turks also believe soups are great at preventing hangovers and often pile into the soup kitchens when the nightclubs and bars close. In Turkey, soups are mostly freshly made, and packet substitutes just won’t do. If you are on a budget, head to traditional Turkish lokantas because their soup meals are excellent value for money when served with salad and bread. 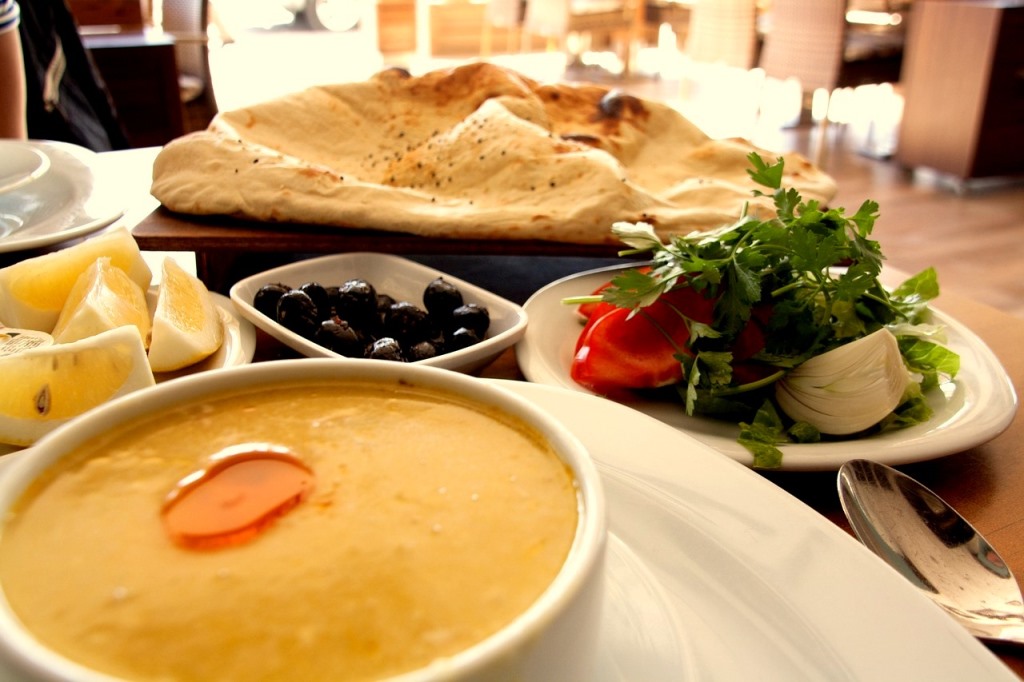 Cekirdeks: These are sunflower seeds, and it seems like every Turk is born with the ability to masterfully open them with their teeth, eat the tasty bit inside, and discard the shell, all of which is done in seconds. During summer, locals love their evening strolls with friends and family and often have a bag of cekirdeks to munch on while they watch the world go by. Try eating sunflower seeds the Turkish way, but it might take you a while to master the skill.

Mezes: This is the Turks equivalent of appetisers, but they don’t hold back on variety or the intense labour time needed to make many of them. Main ingredients are vegetables and olive oil, but on the Aegean and Mediterranean coasts, in particular, this extends to seafood dishes such as calamari and octopus salad. Vegetarians will especially like delving into the meze culture since it presents a large variety of choice that other food concepts don’t offer. Turkish Mezes are generally served to the middle of the table for everyone to snack on before the main meal arrives.

Regional Food: Lastly, it is worth mentioning that every area in Turkey produces a speciality ingredient that has influenced their diets. For example, the eastern city of Kars makes tasty cheese, while their neighbours in Artvin are famous for honey. Further south, the large district of Van has an esteemed reputation as serving the best breakfast in the whole of Turkey. Olives are the tastiest when grown in the Aegean region. Kayseri sells excellent pastirma that is dried meat while Istanbul is famous for its street food. Wherever you go in the country, seek out the local speciality, and that will be the best introduction to Turkish food customs and traditions.