Turkey's Seven Churches of the Apocalypse 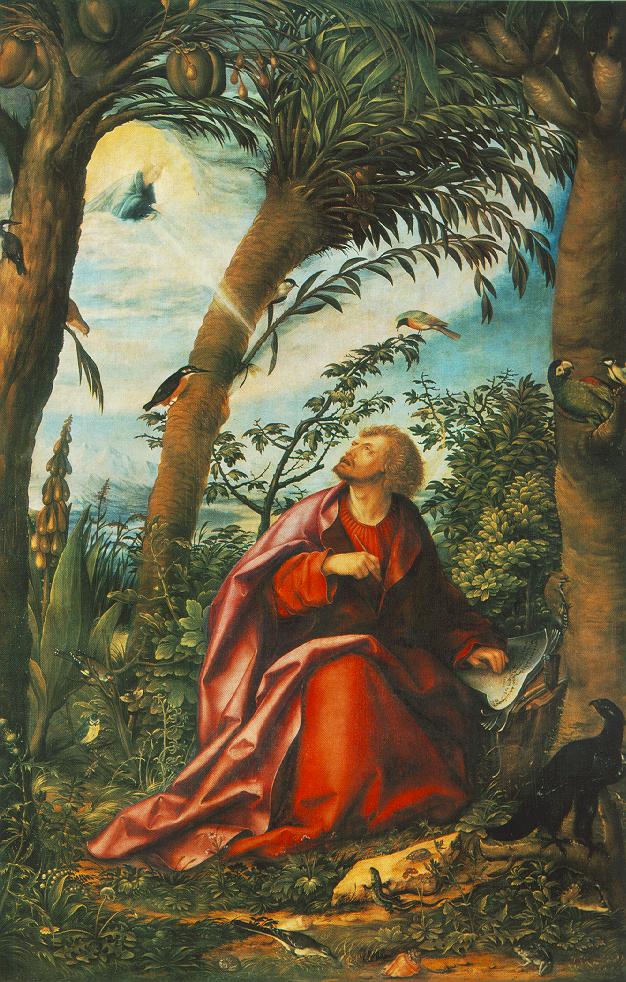 "I was caught up in spirit on the Lord's day and heard behind me a voice as loud as a trumpet: Write on a scroll what you see and send it to the seven churches: to Ephesus, Smyrna, Pergamum, Thyatira, Sardis, Philadelphia and Laodicea.” Revelations 1:10-11

Dating back thousands of years, Turkey’s ancient civilisations were at the epicentre of biblical events. One such event is St John the Apostle’s vision of the apocalypse, which was written down in Revelations and has subsequently influenced - and frightened - generations. Revelations also included a message from God that was sent to seven churches - now known as the Seven Churches of Revelation, or Apocalypse.

So the story goes, just before the fall of Jerusalem in 70AD, St John the Apostle moved to Ephesus in 65AD, taking with him a number of Palestinian Christians. At the time, Christians were under persecution in Rome, and St John’s fellow disciples St Peter and St Paul were martyred in Rome. Targeted by Roman authorities, St John was reportedly plunged into boiling oil (which didn’t affect him, instantly converting all who witnessed the act) and banished to Asia - more specifically the (now Greek) island of Patmos, just off the coast of Ephesus.

On Patmos, he kept himself busy: writing the three epistles that are attributed to him, as well as the Book of Revelation.

St John’s famous Revelations were born of an apocalyptic vision from God, and the resulting report of what the (impending, he thought) end of the world makes for some fairly hair raising reading. 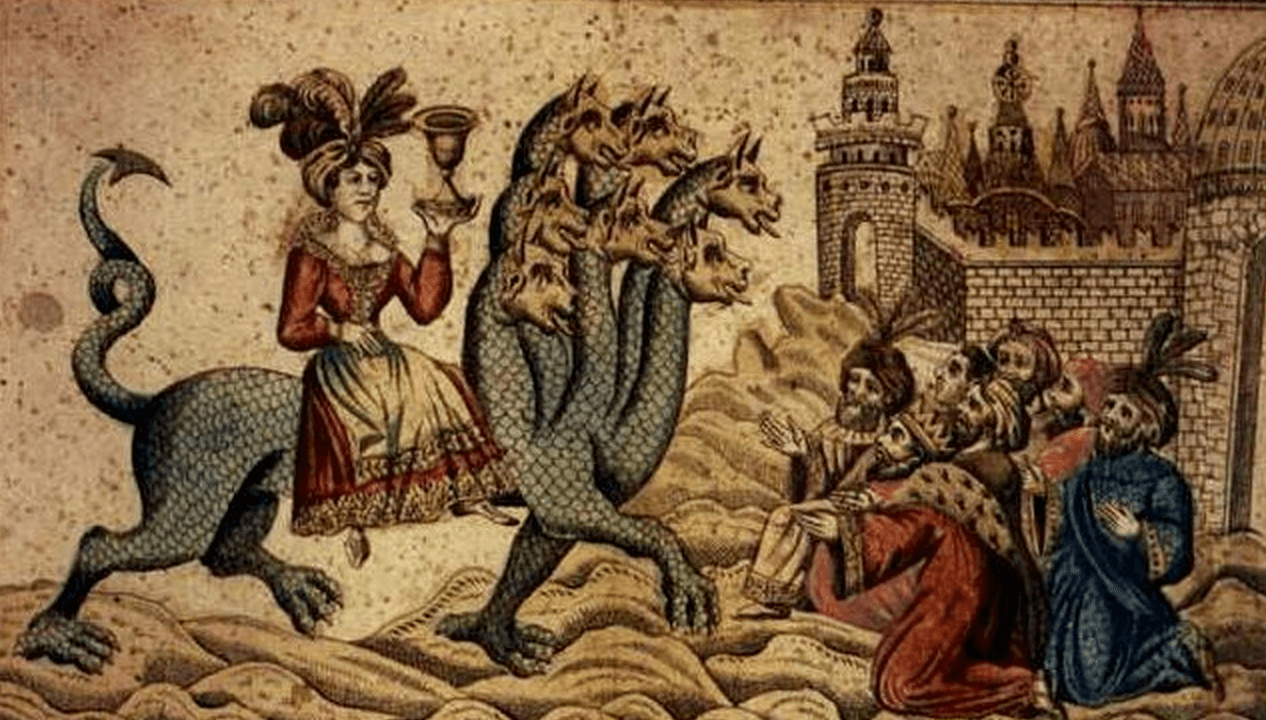 In the vision, God reveals a vision of Heaven. In Heaven, St John meets God and Jesus and other inhabitants of the heavenly realm, including angels and six-winged creatures. Jesus (who takes the form of a seven-eyed lamb) gives him seven seals, and when each is opened a torrent of fury is unleashed upon the earth and upon Christians who have turned away from God. The vision of God’s anger is frightening: rivers of blood, plagues of locusts, giant hailstones and judgement galore kill off a good number of the world’s unfaithful.

During the vision St John also sees a dragon, a seven-headed beast and the devil, each of which are tempting good Christians away from God. After God’s wrath is spent, he sends the armies of Heaven to cast these beasts from the Earth and into the Lake of Fire.

As for all the faithful Christians, they’re conveyed to a beautiful city in the sky, destined for eternal happiness with God.

Seven churches of the Apocalypse

St John’s vision also told him a little of the future of the world, as well as revealing that he should send messages to seven churches at Ephesus, Smyrna, Pergamum, Thyatira, Sardis, Philadelphia and Laodicea. These early Christian churches formed a natural postal route: from Ephesus, up the coast to Smyrna and Pergamum, and from there inland to Thyatira, Sardis, Philadelphia and Laodicea. St John’s vision no doubt took this into account - the churches were easily able to disseminate and pass along the information in the Book of Revelation. 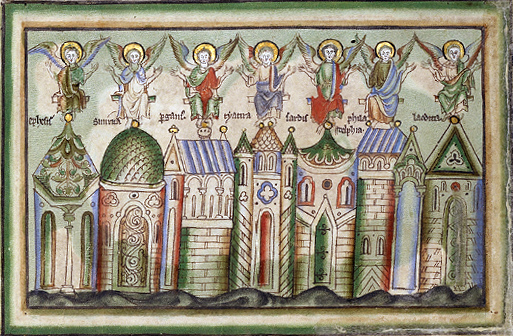 “The one who holds the seven stars in his right and walks in the midst of the seven gold lampstands says this: ‘I know your works, your labour, and your endurance, and that you cannot tolerate the wicked; you have tested those who call themselves apostles but are not, and discovered that they are imposters."

The church at Ephesus had much opposition at the time from the worshippers of Greek deities, who resisted the Christian message. St Paul had visited decades before, telling the Christian elders that after his departure “savage wolves” would sweep in, and even Christian leaders would rise up to stir doubt in their followers. The Book of Revelation told the Christians at Ephesus that they were doing a good job, vigilantly watching for the “wolves” - ie, heretical movements.

“Do not fear any of those things which you are about to suffer. Indeed, the devil is about to throw some of you into prison, that you may be tested, and you will have tribulation for ten days. Be faithful until death, and I will give you the crown of life.”

The port city of Smyrna, modern-day Izmir, was about 70km from Ephesus. The beautiful and prosperous city was rivalled only by Pergamum and Ephesus for power, but it had not been a happy place for Christians, who had endured tribulation and poverty. St John’s vision urges them to face the new trial about to befall them with faith and courage. 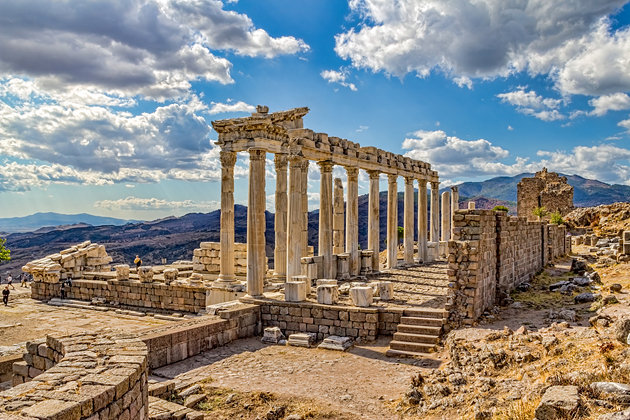 "I know where you live: where Satan has his throne. Yet you remain true to my name. You did not renounce your faith in me, even in the days of Antipas, my faithful witness, who was put to death in your city, where Satan lives."

Pergamum, once the centre of a kingdom, does not come out very well in the Book of Revelations: it’s asserted that “Satan” lived in the city. Scholars believe that this was because at the time Pergamum had a very famous temple to Asclepius, the Greek god of healing, who was represented by a snake, which to a Christian is rather powerful imagery. Antipas, mentioned in the Revelations, is also referenced, and is another possible reason for Pergamum’s satanic references. Antipas was possibly the first Christian martyr in Asia, and he was killed in the city.

However, the Revelation also praises the faith of those in Pergamum who remained steadfast in times of persecution, and were told to persevere in their good works.

“Because you have kept My command to persevere. I also will keep you from the hour of trial that shall come upon the whole world, to test those who dwell on the earth."

The book of Revelations only has good things to say about the Christian citizens of Philadelphia. Modern-day Alasehir is the location of latter-day Philadelphia, one of the first ancient cities. According to the message in Revelations, the local Christians were suffering greatly at the hands of the local Jews - and earthquakes. However, the message receives nothing but praise from God, who tells the Philadelphians to persevere in their faith. This message is reflected in the use of the world “Philadelphia” by modern-day Protestant church names as a way of emphasising faith.

“Now I say to the rest of you in Thyatira, to you who do not hold to her teaching and have not learned Satan’s so-called deep secrets (I will not impose any other burden on you): Only hold on to what you have until I come.”

Thyatira was a small city, inland from the coast in the lush Lycus River valley. Not much is known about Thyatira, which was part of the kingdom of Pergamum, and little trace has ever been found. However, the message to Thyatira is the longest out of the seven. The message refers to “that woman Jezebel”, which probably refers to a self-styled prophetess who was preaching in Thyatira. The message implies Jezebel is a liar, as well as encouraging immorality and saying she has had a chance to repent, but has not. As for anyone who follows Jezebel, the message goes on to say - they will be struck down by a plague. As for the believers: they are exhorted to hold on and wait for glory. 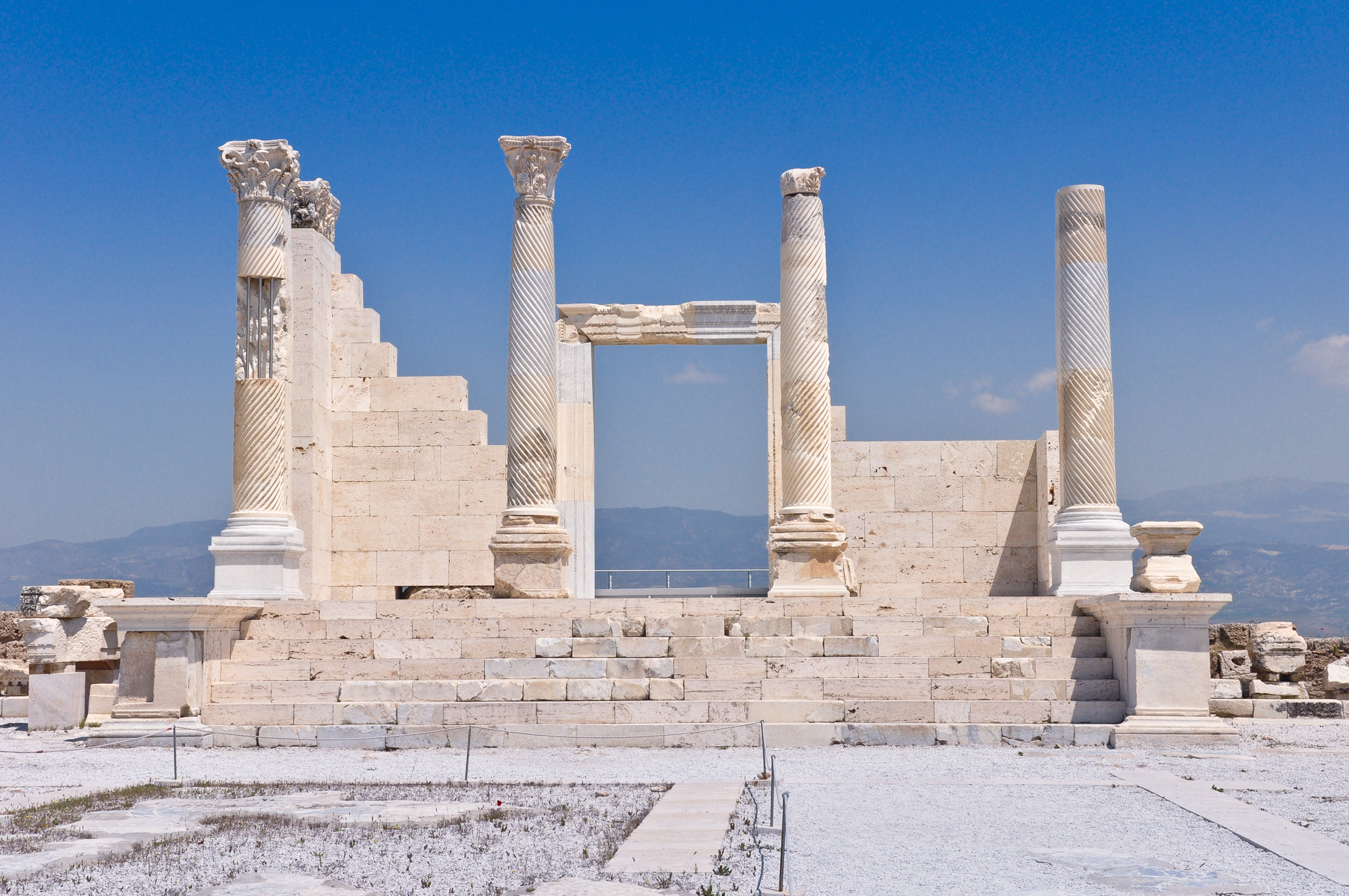 The ruins of the ancient city built on the Lycus River can still be seen near Denizli. Laodicia was one of the earliest Christian centres. God’s message criticised the Laodiceans for being lukewarm, and having a lack of zeal. The message also drew upon the city’s spiritual bankruptcy, drawing parallels between its lack of faith and its worldly wealth - Laodicia was a wealthy capital at the time, and even funded its own rebuilding after a devastating earthquake in 60AD, refusing help from the Roman Empire. The reference to “white raiment” might refer to the city’s cloth trade, and eyesalve to the medical school there, where a famous opthamologist practiced.

“You are dead. Wake up! Strengthen what remains and is about to die. Wake: remember, obey and repent. I have not found your deeds complete in the sight of my God.”

Sardis was located in Sart, in the Manisa Province. At the time St John received his message from God, Sardis was known as a once great city that had fallen from prosperity. Once considered impregnable due to its location on a mountain, surrounded by steep cliffs, it had been attacked and conquered twice due to its lack of watchfulness. The compound matters, the city was devoted to the worship of the goddess Cybele - a serious blasphemy in the eyes of God. The message warns the citizens of Sardis that no good would come to them if they continued in their blasphemy.