In 2015, award-winning architects Perkins + Wills who have completed sizeable projects all around the world received approval to design an ultramodern, sustainable tourism centre in Antalya. The announcement surprised many people because Antalya was already the second most visited destination in Turkey, and hardly needed mass promotion or advertising.

However, rather than focusing on already established touristic areas, they concentrated on a swampy 58 square kilometre piece of land called the Bogacay Basin Creek. Admiring fans of their architectural designs were Antalya’s mayor, Menderes Turel, and Turkey’s president, Recep Tayyip Erdogan.

Within the scope of the Bogacay project, the local council wants to improve the ecosystem, enhance natural beauty landmarks and make the area, a tourism hotspot, therefore boosting Antalya’s economy.

Perkins + Wills architectural plans concentrated on pedestrian-friendly areas, eco-friendly buildings and a state-of-the-art marina to cement Antalya’s reputation as a hub of excellence on the Turkish Riviera.

However, before any mass construction takes place, experts started work in 2017 to change the river flow to control flooding and find potential pollution problems.

Perkins + Wills said their focus for the Bogacay Marina project was “sustainability, resilience, and economic vitality.” Once completed, it will include a 500-yacht main marina, commercial areas, residential housing, zoo and a film city.

Real estate experts were and still are excited by the news, since typically, when mass projects like this are completed, property values rise making the area a prime district for investment by domestic and international buyers.

Antalya is still looking for bidders to complete construction of the ultramodern tourism city, which is based on a public-private business-ship model, a popular concept used in other mega projects of Turkey.

Changing the face of the Bogacay Creek is not a small task since estimated costs run into a staggering 1 billion pounds, but if everything goes to plan, it will indeed be a picture postcard scene and provide jobs for thousands of people in the process.

However, it is just part of a more extensive project to boost Antalya to international stardom. 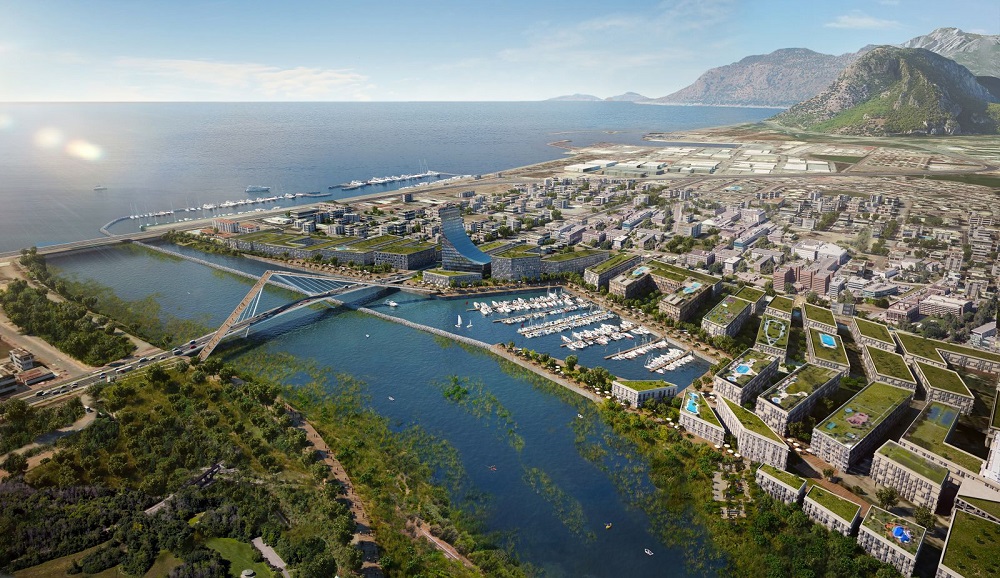 Bogacay Creek is part of the more extensive Konyaalti Coast Line Project that will accommodate all types of tourists coming in by sea, air and road. The 6-kilometre Konyaalti beach is already a top visited beach in Antalya and in 2018, was voted by Trip Advisor users as a top ten beach of Turkey.

Including the Bogacay Marina project, as well as a redesign of public areas, the Konyaalti coastline will eventually increase to a staggering 40 kilometre. This will make it longer than the 18-kilometre Patara beach, sitting further west that is currently Turkeys longest.

Plans also suggest a separate road from Konyaalti to the independent coastal resort of Kemer, famous for its beach life and all-inclusive hotels. This would indeed drastically reduce traffic on the D400 highway running past both resorts from the east to the west of Turkey.

Anyone arriving in Antalya this year will already see changes in the Konyaalti area. Once the summer tourism season finished in 2017, the local council kicked into action and have diligently worked hard over winter to install children’s playgrounds, improve pedestrian areas and roads, open sports facilities, knock down unused and derelict buildings, and implement walking paths.

The council has also been keen to increase green areas, a criticism that has befallen municipalities in other regions of Turkey such as Istanbul. 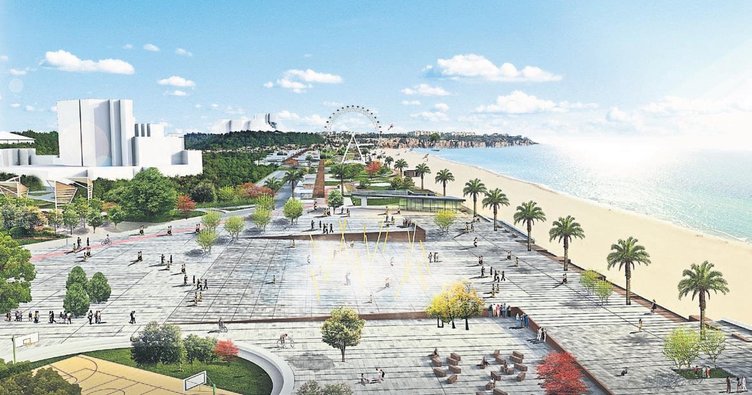 Other Visionary Projects of Antalya

So, bear in mind that the Konyaalti Coastline and Bogacay Marina projects are enormous tasks, anyone would think Antalya would be content, but it seems like they are on full steam ahead as many other projects are taking place or on the drawing board.

The Tunektepe landmark and cable car leading up to it, will be Antalya’s representative landmark. Giving off a fantastic landscape view from its hilltop location, it will also incorporate modern architecture by Turkey’s brightest architects.

Antalya also has dreams to build a humongous cruise ship port in the Lara district. It will have the capacity to host up to four large cruise ships at any given time and include an undersea tunnel of 800 metres. Called the signature project of Antalya, it is part of the 2023 vision plan to increase tourism in the region.

Currently, Turkeys two busiest cruise ship ports are Istanbul and Kusadasi, but if the Lara cruise port goes ahead, this could well change, as Antalya especially looks to increase its winter tourism trade. It would also be the ideal point as the end destination of a cruise because the airport is within 30 minutes’ drive.

Lastly, Antalya is aiming for the stars and wants to take on Hollywood by building their own but bigger and better version of Universal Studios. To match the fame and stardom status of Hollywood, the Antalya film studio would also be an academy to train future generations of filmmakers, directors and actors, making Turkey, a centre of excellence in the global world of film and art.

- Antalya is already the golfing capital of Turkey and for many good reasons.

- See the real estate portfolio of Antalya to know why it is a foreign investors dream.