For many people, the year 2023 will be important for Turkey. Not only because it will be the 100th anniversary of the formation of the Turkish Republic but also because the AKP ruling government have set themselves an impressive set of targets to achieve by this deadline.

The records break down into specific categories focusing on the economy, energy, foreign policy, healthcare, transport and tourism. Altogether they make up the 2023 vision plan for Turkey.

Already boosting the economy in the last ten years, the AKP is not settling for anything less than being one of the top 10 performing countries by 2023. Despite failing to hit its gross domestic product from medium-term programs in 2015, they are aiming for a staggering 2 trillion USD of the gross domestic product by 2023.

One of the star performers that has and still is contributing towards the economic climb is exports of which the automotive vehicle industry is coming up trumps. Overall, the aim is to make per capita income $25,000, but they are going to have to work hard to reduce their unemployment from double digits to their target rate of 5%. 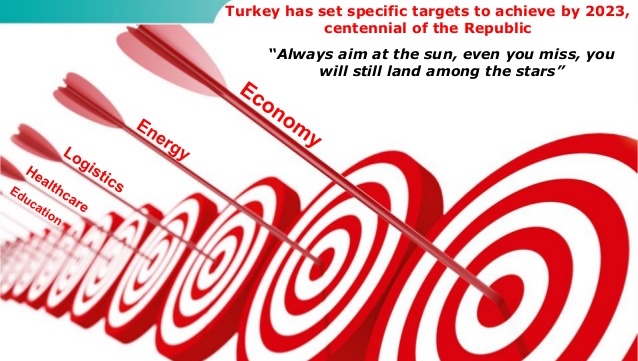 Anyone who knows their stuff about energy will testify as to Turkey’s love of wind power. With mass turbines installed in many areas of the Aegean coast, they want a capacity of 20,000 megawatts by 2023. Other energy projects include geothermal and especially renewable as seen prominently in the Antalya area through the construction of waste renewal plants.

Of course, the big question when it comes to foreign policy is whether they will obtain their targeted EU membership by 2023. However, after the Brexit vote in the UK, the Turkish government did announce that a referendum on the EU would clear up whether it is, in fact, the best path of action for Turkey to take. People can get used to seeing Turkey in the news as well because their target is to be a prominent leader of global affairs. 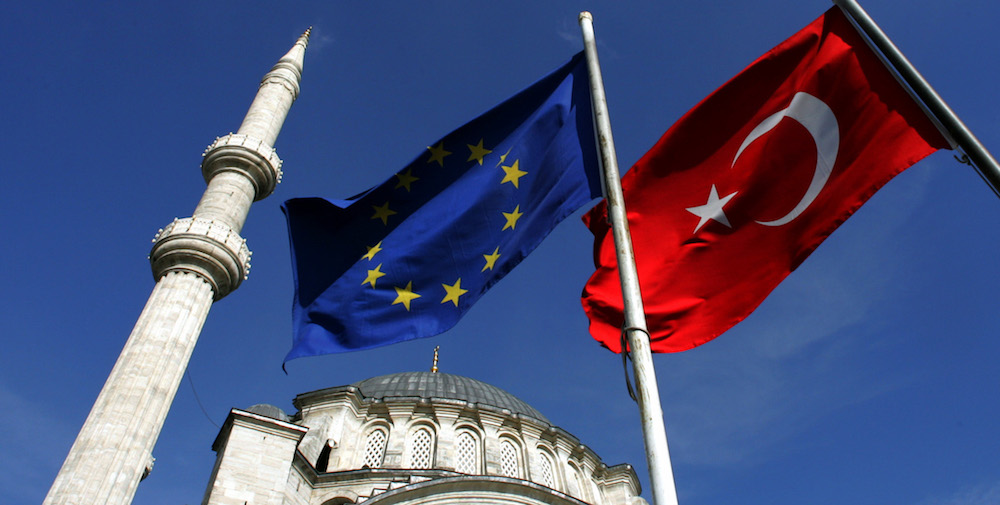 Transport is another vast area they are setting their sights on, including expanding the high-speed train network to become the second biggest after China as well as building 11,000 kilometres of new rails. 15,000 thousand kilometres of highway and improved infrastructure will no doubt help the transporting of goods, therefore, boosting the economy.

Tourism is one of the biggest success stories so far because results were quick to flood in and had the disastrous events of 2015, and 2016 not occurred, they could have easily achieved their targets to host 50 million visitors every year as well as be the fifth most popular destination in the world. Of course, the tourism revenue target of 50 billion USD will also contribute towards the economy target.

One major factor that contributes towards whether Turkey will reach its targets is the mega projects. Focusing mostly on Istanbul, the business, economy and finance hub of the country, some of the projects are based on the PPP business model, that calls for private investors.

The Istanbul Third Airport opens its first stage in late 2018, but when fully completed many years later, it will be the world’s major hub of transport and aviation, as well as having the globes biggest duty-free area. Replacing the Istanbul Ataturk airport, ultramodern architecture and technology have been used with the aim of getting passengers quickly and smoothly to their chosen destination.

Another big project hitting the news more recently is the Kanal Istanbul, an alternative route to the Bosporus which the Turkish government says it overcrowded and polluted thanks to the enormous number of tankers passing through it daily. Turning Istanbul into an island and connecting the Black Sea with the Marmara, the estimated cost to build it is 10 billion, although many say this is an understatement. 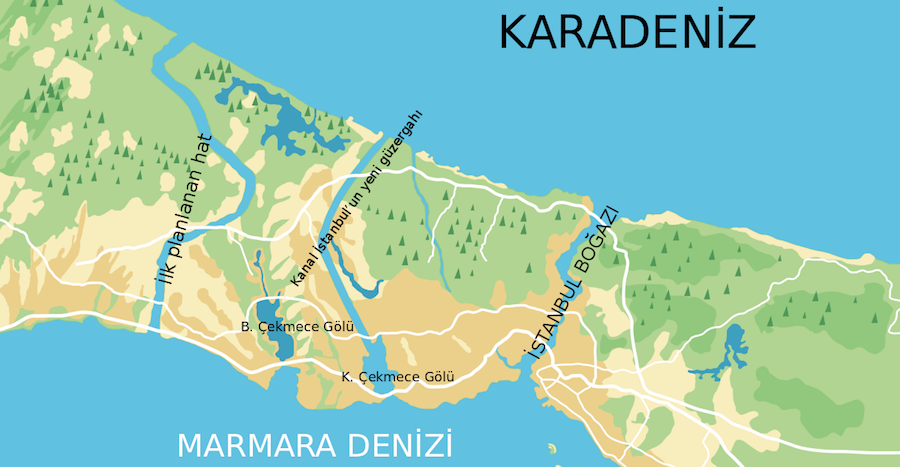 Anyone watching news from Turkey will see the country is reaching out to many nations to help them achieve their 2023 vision. Newfound friendships, renewed alliances and business deals have been struck with the Saudis, Africans and most prominently, the Chinese who have declared 2018, the year of tourism in Turkey.

The Chinese have also incorporated Turkey’s Middle Road project into their large vision plan of rejuvenating the old silk road into the One Belt, One Road project that is set to change the face of global exports.

Regardless of the EU, the Turks want to keep relationships with the Brits, because the country is a significant importer of Turkish goods. The Turkish stream gas line project is also the result of close co-operation with the Russians. Not only will it increase Europe’s energy supply but also cements Turkey’s status as an energy hub

One silent sector of the Turkish economy that has been performing well is the Turkish real estate industry. In the old Turkey, mortgages weren’t available, and houses were outdated and often lacked safety with no set regulations.

The last 15 years have seen a complete turnaround as old, neighbourhoods transformed into modern housing hubs and one favourable result is that many foreigners have been eager to cash in on the low prices.

With the Turkish government putting lucrative cards on the table such as the turquoise VIP Turkish citizenship by investing in Turkey, foreign investment through the real estate industry of Turkey has gone from strength to strength.

Further Reading: Experts are predicting how the Turkish economy will perform in 2018. Will it contribute significantly towards the 2023 vision plan for Turkey and what will be the key performing areas? Read more in the link above.