Famous Villages in Turkey to Visit and Live

The vast list of famous, pretty villages in Turkey is an excellent way to get to know this lovely country's heart, culture, and traditions. From Northern plateau regions to Mediterranean fishing villages, you could spend a lifetime exploring them and always be delighted at the beauty they portray. Many also still adhere to timeless, age-old Turkish culture, as seen in architecture, daily life, and the welcoming hospitality of locals. While most can be explored on a day trip, some villages deserve an overnight stay to get to know them. So, we've put together our list of the best Turkish villages everyone should put on their bucket list. 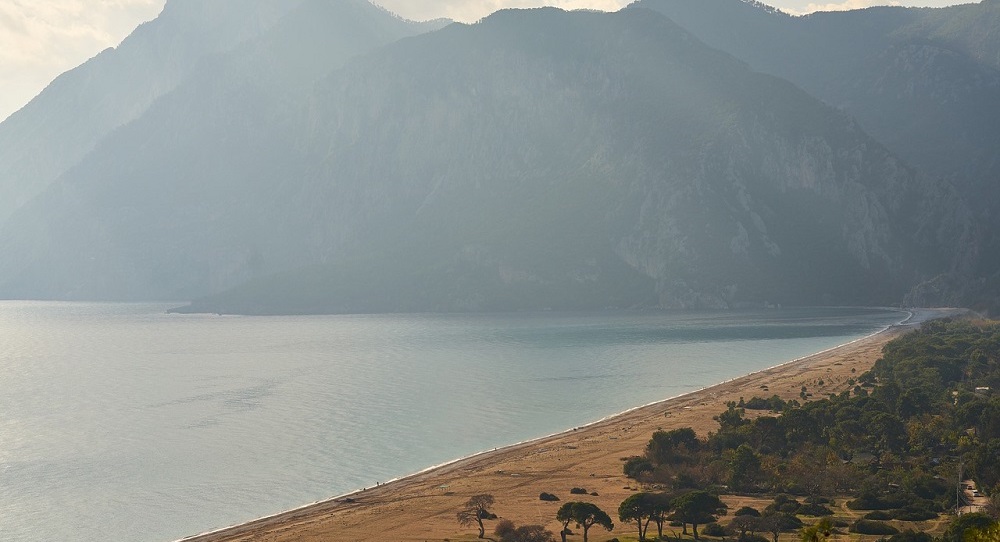 10 Villages in Turkey that Everyone Should Visit

You will not see any colourful gardens or excited children playing in the streets because Kayakoy is abandoned. Indeed, Kayakoy is not Turkey's prettiest village, yet a must visit to understand the historical value. Once a thriving community of Greeks and Turks, this all changed when the Treaty of Lausanne in 1923 forced Greeks to return to their mainland and vice versa. The returning Turks could not settle simply because they were not farmers and went elsewhere to look for jobs. An earthquake some years later cemented its new status as abandoned. These days, visitors wander cobbled paths past crumbling houses, churches, and schools and then settle in traditional surrounding restaurants for the lamb tandir local delicacy. (More about Kayakoy.) 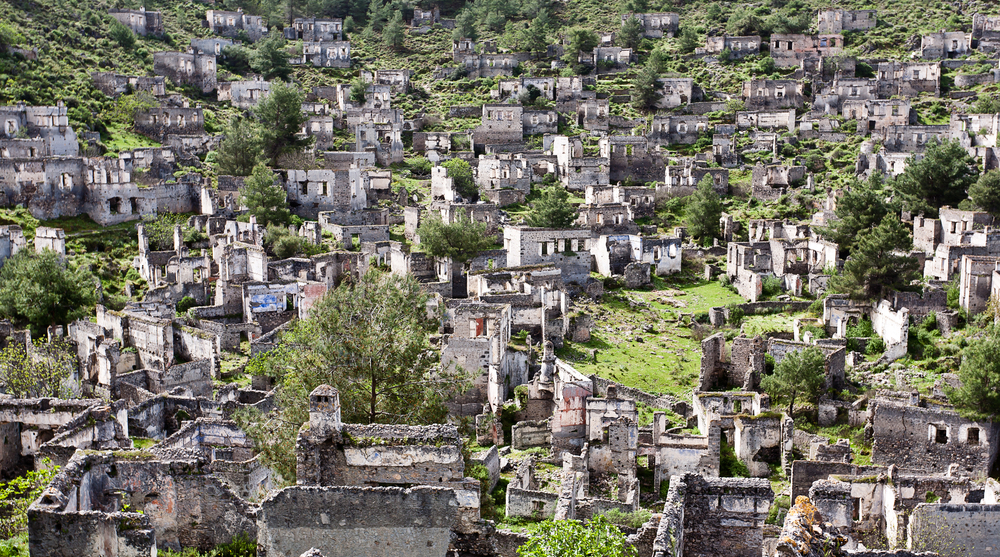 Head over to the Selcuk hills in Aegean, Turkey, and tucked away is a small collection of old Greek houses lining cobbled stone paths. They are a delight to explore and give off fantastic landscape views over the Selcuk plains. But the jewel here is the local winemaking industry. For decades, locals have made and bottled fruit wine to sell all over Turkey. Initially started by freed slaves from the ancient city of Ephesus, the name Sirince twins with wines they sell. Don't sip too much, though, because you still need to see two abandoned churches dating from when Greeks lived in the village. More reasons to visit Sirince. 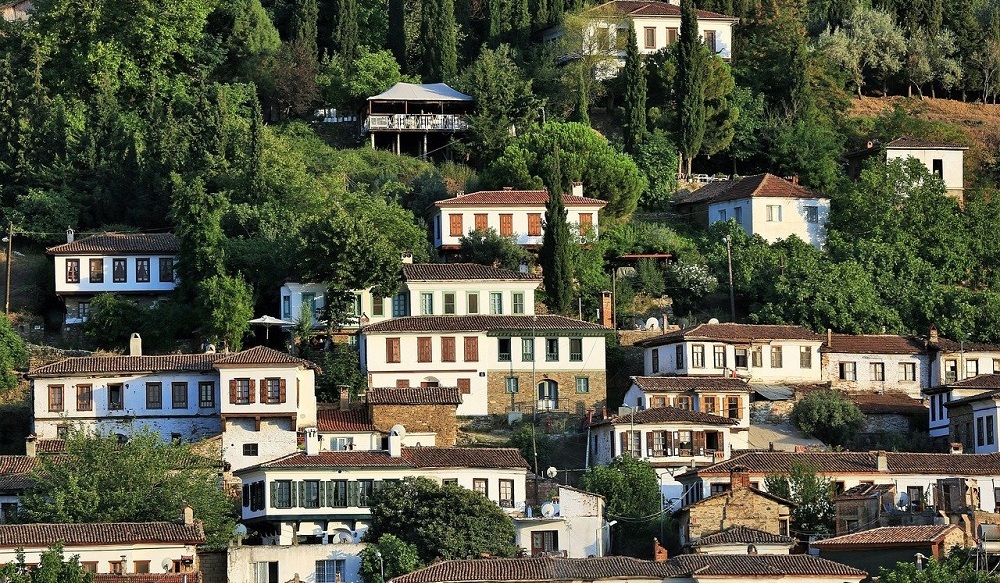 3: Ucagiz and the Byzantine Castle

Also known as, Kalekoy, or Simena, traditional Ucagiz is a favourite destination on Turkey's yachting scene. Daily boat trips from nearby Kas and Kalkan bring in hordes of visitors and gulet boats sailing the Turkish Riviera, moor in for the afternoon. There are two must-dos when in Ucagiz. Firstly, climb the cobbled path up to the old Byzantine castle. From here, turn around for a fantastic view of the peninsula. On your way down, stop by a traditional, wooden restaurant and tuck into a bowl of homemade ice cream. The flavour is to die for. Many people combine a trip to Ucagiz with the nearby sunken ruins of Kekova. 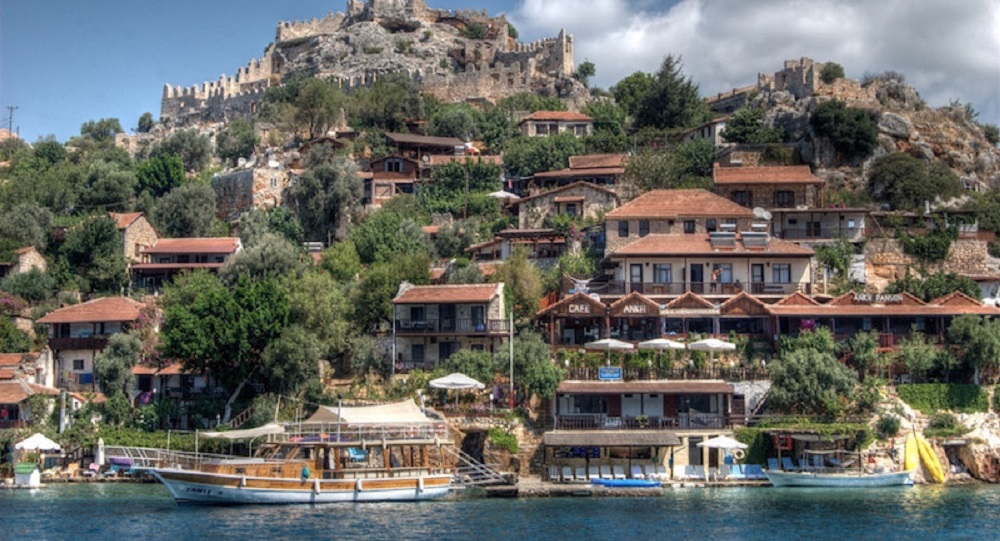 Sitting at 1350 metres, Ayder plateau in the Kackar mountain range portrays Turkey's Laz and Hemsin cultures. The high altitude means colder temperatures compared to other places in Turkey, and in winter, it even snows. Most houses are built in a traditional style using wood from nearby forests, and the mountain way of life led it to be nicknamed Turkey's version of the Swiss alps. On a surrounding hill, a waterfall called Gelin Tulu, because the gushing water resembles a bride's veil, will even freeze in winter. Ayder is well known for its healing spa waters, but we love staying overnight in a wooden hotel and feasting on a traditional black sea breakfast in the morning. 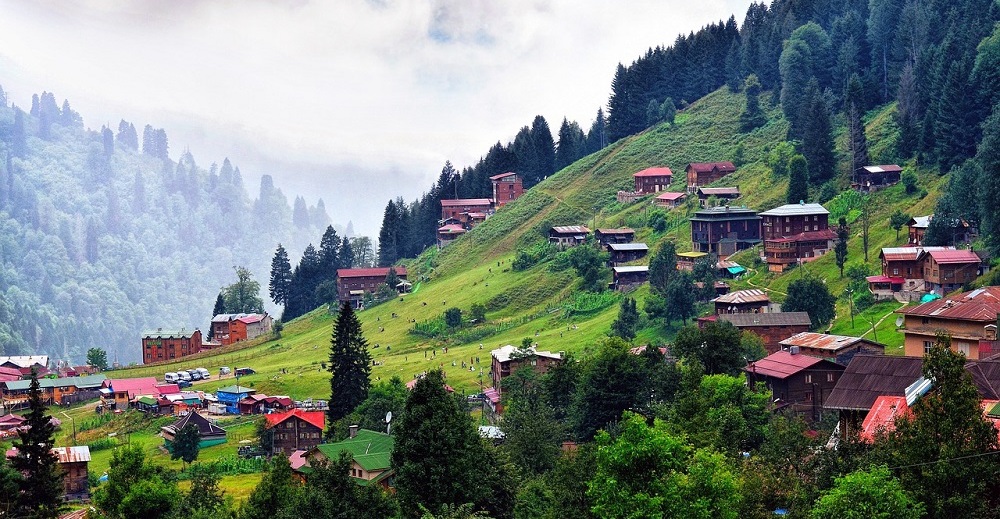 Mustafapasa in Turkey's Cappadocia region portrays the old Greek history of this region. Previously called Sinasos, which means sun city, everyone should visit the old Saint Nicholas church. Boasting of a large hall with a vaulted ceiling, Greek inscriptions tell the tale of its past. Next, wander the streets to admire old stone houses' Greek architecture. Dating from the 19th and 20th centuries, many have been renovated, and one was turned into a hotel and the setting for a popular Turkish TV show. Mustafapasa is off the beaten track, so hire a car to visit or sign up for local tours sold by agents all over Cappadocia. 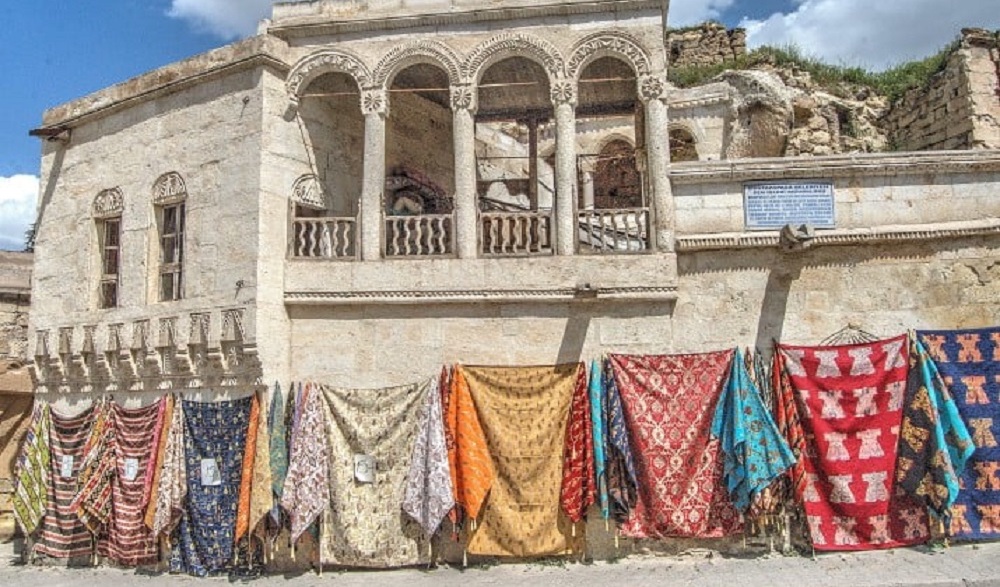 Also, in Cappadocia, Uchisar stands tall and proud on the landscape. Sitting on a hill at the highest point in the region, the old castle is a popular tourist attraction, but if money is no object, stay overnight in a luxury cave hotel. For many centuries, locals in Cappadocia carved their houses out of soft tufa rock. These days, many have been modernised, renovated, and turned into cave hotels, cafes, and bars. Also, visit Peri cave cafe, boasting six floors inside a fairy rock chimney. Nearby, the gendarme station in a cave makes for a quirky holiday photograph. 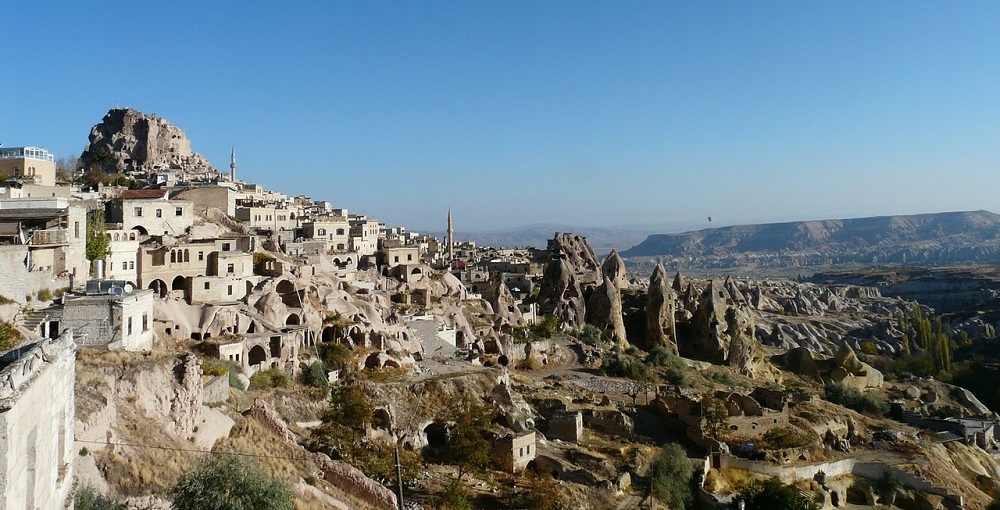 These two rural villages sit side by side on Turkey's Mediterranean coast in the Antalya region, and share a long beach; hence visit both in a day. While Olympus focuses on quirky treehouse accommodation that mainly attracts worldwide backpackers, Cirali is more upmarket, attracting middle-aged couples. If time allows, we recommend stopping overnight to visit surrounding attractions. They include Olympos ruins and an ancient city surrounded by dense forestry. Then, at night-time, see Chimera burning flames. Ancient myths said the flames were winged creatures, but science proves natural gases oozing out of the rocks cause them.

Sitting in the Isparta province, Kuyucak could well be Turkey's prettiest village. Famous worldwide for blooming fields of lavender, they bring in tourists eager to see the dramatic landscapes. Only 250 people live in Kuyucak, and they produce roughly 500 tons of lavender annually. They ship most around Turkey but hold some back to sell souvenirs and make perfumes and ice cream. Adventurous people and photographers love Kuyucak village, and it also attracts walking fans flock who want to enjoy nature routes around the village, fields, and nearby lake.

In the Izmir district of Aegean Turkey, tourists travel to beautiful Alacati to see the old stone whitewashed houses with blue wooden shutters. In addition, Alacati happens to be a fashionable place for Turks and foreigners to buy holiday homes or even retire there. While prices for an authentic village house set buyers back a tidy sum, new developments on the nearby town outskirts enable residents to enjoy the delights of Alacati within a short walk. Alacati is also Turkey's top windsurfing spot, thanks to ideal wind conditions that sweep around the bay.

Meanwhile, over on the Bodrum peninsula, Gumusluk earns fame for two significant reasons. The first is the major landmark, rabbit island; a small area set slightly off the coast. It connects to the mainland via a small walkway, and excavations revealed Myndos ancient city. Secondly, as you enter the village from the bus station, turn right and walk along the promenade until you reach the fish restaurants. People come from all over the Bodrum peninsula to eat in restaurants serving fresh fish and seafood delights. Gumusluk is another famous village in Turkey for holiday homes and people looking to retire here.

Major Cities in Turkey: From the prettiest and most famous villages in Turkey to major cities, this article gives more ideas of places to explore for anyone who wants to know Turkey better. Including the capital Ankara, the hub of Istanbul, and Izmir, the Aegean pearl, these urban landscapes in Turkey are worth exploring.