The five Turkish villages you'll have all to yourself this autumn

When summer ends, the bulk of the tourists head home, bracing themselves for cooler weather. Turkey’s coastal towns empty, but for many, the slightly cooler weather (and that’s 20 - 25 degrees in most southern destinations) and the thinned-out crowds make Turkey the ideal Autumn destination.

A lack of tourists means an unhurried vibe, and plenty of opportunities to really get to know the area and its people. It can also mean cheaper prices and better service, as restaurants and cafes aren’t bursting at the seams. Here are a few picturesque villages where you’ll really feel like you have the place to yourself.

This pretty Aegean coast resort is located amongst the ruins of an ancient civilisation. Officially called Behramkale, the town an hour’s drive from Troy is known by most by its ancient name.

The town is pretty, with a number of stone houses serving as boutique hotels and charming restaurants lining the water’s edge, where a small, pebbly beach that’s nice for swimming.

On top of the hill, surrounded by olive groves, you’ll find the ruins of a 2500-year-old Doric-style Temple to Athena. Nearby, the breathtaking 14th century of the Ottoman Murad Hudavendigar Mosque is well worth a visit, and the hill allows visitors incredible views over the Aegean sea to the nearby Greek island of Lesvos. 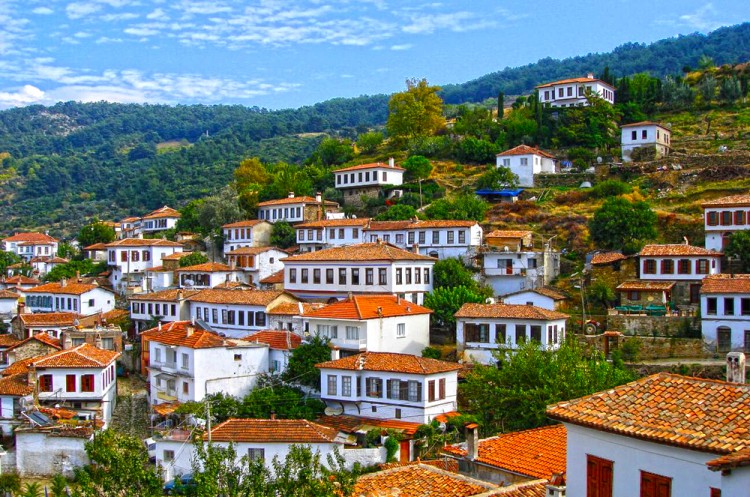 Although Turkey isn’t exactly famous for its wine-making abilities (yet), in Sirince wine has been produced for thousands of years.

This former Greek hill-top town was originally settled by slaves freed from the ancient city of Ephesus. The inhabitants grew berries, oranges, apricots and pomegranates alongside traditional grapes, and used these flavours in experiments to discover the ideal wine.

Today, Sirince’s cobbled, pretty streets are popular with tourists, especially at the weekend, but is fairly quiet come September.

Take a stroll along the peaceful streets before stopping into one of the wine houses for a tasting session. Make sure you also sample the olive oil, honey and nar eksisi, a type of vinegar made from pomegranate juice. A number of converted village houses serve as inns or rental homes, making Sirince a comfortable, convivial place for a late-season holiday. 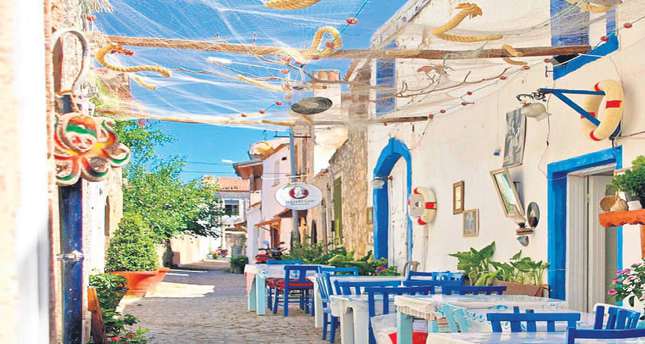 This tiny Aegean town has always been popular with windsurfers, who take advantage of its steady breezes, flat seas and and beautiful coastline. Now, endlessly charming Alacati has hit the tourist map in recent years as more and more discover its beautiful old town and especially its great restaurants.

Visitors love its restored stone houses and boutique hotels and inns, and many flock here for the town’s two food-related festivals: April’s herb festival and October’s Lost Tastes festival. The town's also known for its lovely beaches (which will be lovely and quiet at the moment) and its boutique shops. And, unsurprisingly given its place on the food festival circuit, Alacati is also home to some superb restaurants specialising in local seafood.

Also known as Simena after the ancient city, this seaside village is a pretty sight, with traditional white stone houses tumbling down the hillside. During summer it’s a popular seaside destination but outside the high season it’s just the town’s 300 inhabitants - and you, wandering the haphazard paths (there are no streets here) and soaking up the blue sky and tuquoise sea.

In ancient times, Simena was a city divided into two parts - the island and the mainland, and later an outpost of the Knights of Rhodes. Today, the town is a fascinating mix of ancient, medieval and modern history, which makes it a wonderful destination - especially out of season when the crowds dissipate.

Explore the well-preserved castle at the top of the village, built by the Knights of Rhodes. Inside you can see Lycia’s smallest amphitheatre. You can also see a Lycian necropolis at the eastern edge of the village. Across the bay, you’re able to see the sunken ruins of Simena, which was plunged into the sea in the second century after a series of devastating earthquakes. Building foundations, houses and the ancient harbour can be seen beneath the clear waters.

If you book your flight right away, you might reach this pretty seaside town in time for the apricot harvest, when the heady smell of ripe fruit is prevalent in the area. The lovely Aegean spot with its flat-topped houses sloping down to the water’s edge is steeped in history and tradition. The town squares are lined with sleepy cafes selling traditional food and bread cooked in old stone ovens. In the valley, you can see a group of ancient cave tombs in the hill.

Ayvalik is famous for its olive oil (try dunking the aforementioned bread into the fragrant oil) and for the many islands dotted off the shore.

Ayvali is off the beaten track at the best of times, but for the next few months it’s truly all yours to enjoy.

The town also has two long, sandy beaches - and the swimming season is far from over in October. Visitors are also well placed to visit nearby Pergamon, Troy, Mount Ida and Assos, as well as taking a ferry to Greece.