Famous Buildings in Istanbul and Why They Stand Out

The list of famous buildings in Istanbul runs into hundreds of suggestions, and this is not a surprise because the city is Turkey’s top tourism, real estate, business and education hub. It was also the Byzantine and Ottoman empires former ruling centres, so historical landmarks receive much attention from millions of admiring tourists. Sitting on both the Asian and European sides, these landmarks, whether modern or ancient are architectural wonders showing what humanity can achieve with determination. Many are famous for a specific reason.

Hagia Sophia standing in the Sultanahmet district shows a simple blend of Byzantine and Ottoman architecture. Once the world’s biggest domed building, its humongous size is hard to miss, but it’s not till you step through its doors, that its beauty shows through.

The large interior hall surrounded by an upper balcony emphasis its size in a jaw-breaking fashion and Islamic calligraphy combines with Byzantine ceiling frescos to bridge the gap between the world’s two most prominent religions. Hagia Sophia’s fame extends past the borders of Istanbul and Turkey. Global history experts admire it from afar, and for travellers, it is worth seeing at least once in your lifetime.

Dolmabahce Palace holds much nostalgic value as the Ottoman Empire’s last home and governing centre. Turkey’s founding father, Mustafa Kemal Ataturk also passed away here and out of respect, the clock in that room is set 09.05 a.m, the time of his passing.

The 19th-century building raises eyebrows because construction costs were 35 tonnes of gold, or 1.5 billion USD, an immense amount in those days. Much of the original décor and design is still on show including exquisite chandeliers, soft silk Hereke carpets, gold leaf ceilings and crystals on staircases. In stark construct to previous palaces, architects combined Ottoman influences with Baroque, neoclassical and rococo features. To see it, buy tickets for an official tour, but the entrance fee is worth every penny. 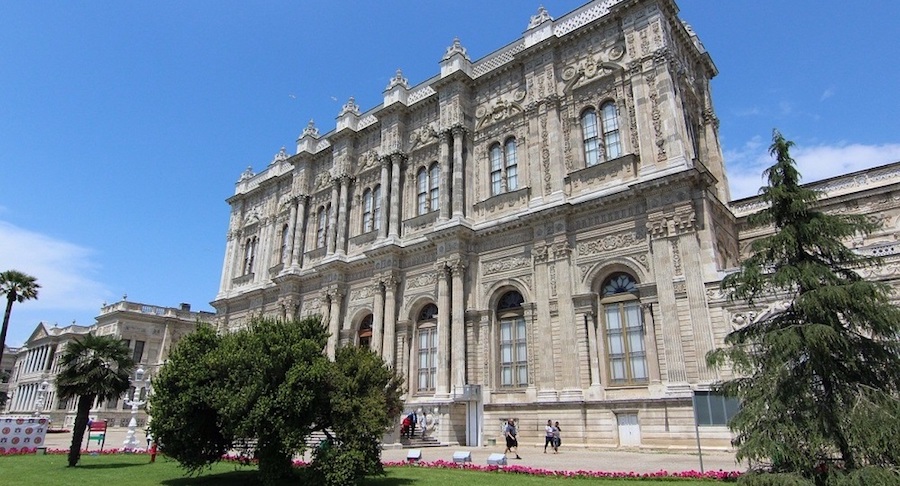 Continuing the theme of royal Ottoman palaces and governing buildings, head to the large sprawling Topkapi complex in Sultanahmet. Built six years after Mehmed the Conqueror invaded Constantinople, it was used until 1856 when the sultans moved to Dolmabahce Palace. Entrance was through the bland looking imperial gate, but such is its grand size, it functioned a mini-city within its own right.

Belonging to the UNESCO World Heritage Site list, Topkapi Palace is a marvellous insight into the habits and traditions of royal Ottoman sultans, their entourages and families. Visitors explore the kitchens, eunuchs’ courtyards, Felicity Gate, outer courtyards, circumcision rooms, and the mysterious harem and its shrouded secrets. Also, on display are original clothing, jewellery, and armoury from Ottoman royalty. 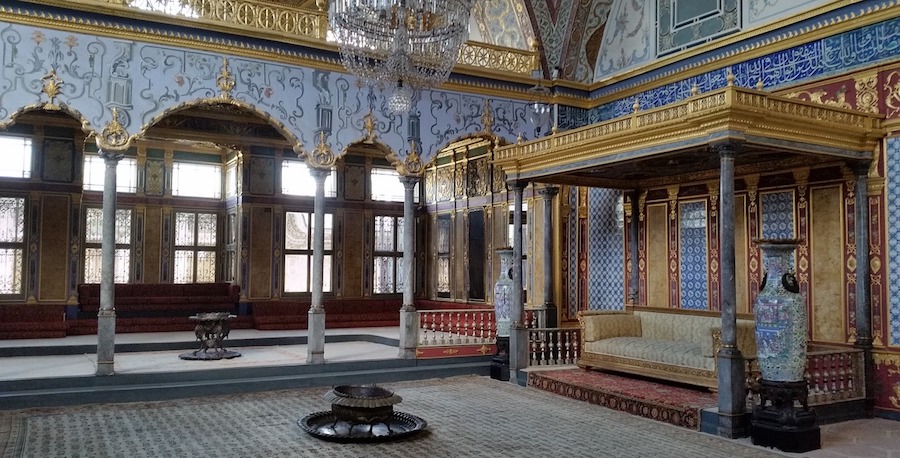 From historical to modern, Sapphire Tower’s smooth line architecture deserves fame as Turkey’s fourth tallest building. Built in 2010, its height of 261 metres made it the first skyscraper residential project in Istanbul. Out of 65 floors, ten are below ground and used for car parking but the only floor visitors want to see is the large terrace, with fantastic views over Istanbul’s urban landscape.

Sapphire Tower’s unique architecture features an internal shell of greenery and patios, so residents just open their doors for a pretend suburban afternoon. As well as being residential, Sapphire Tower is a cinema, shopping, and entertainment centre.

Even though it's still being constructed, its large size has already earned Istanbul New Airport international fame. When complete in 2023, it will be the world’s largest air travel hub. Industry experts say it will change how we travel, through frequent flight schedules to over 300 destinations around the world.

The cargo hub is expected to boost business, while duty-free shopping areas cover a staggering 53,000 square metres, which is as big as Windsor castle. IGA, the company behind the airport says innovative technology will get us through quickly and efficiently.

Blue Mosque, also called Sultan Ahmed Camii, is a functioning place of worship, and a top visited tourist attraction. Constructed in 1616, it sits opposite Hagia Sophia and gets its nickname from hand-painted interior tiles. Its historical claim to fame is six minarets that were an insult at the time of construction because only Mecca’s grand mosque could have this feature.

Urban legends say it was just a simple hearing mistake. The sultan wanted gold minarets (altin), but the architect heard six (alti). A heavy chain hangs across the western entrance, and history books say this was to ensure the sultan bowed his head every time he entered the courtyard, as respect to Allah. In 2006, Pope Benedict XVI visited the Blue Mosque and spent two minutes in quiet prayer. 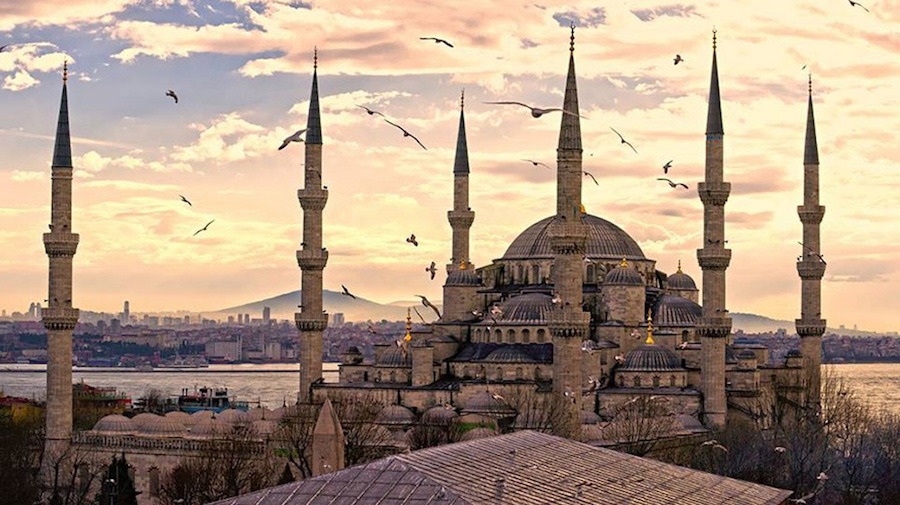 7: Galata Tower and an Amazing View

In Istanbul’s Karakoy district, the Genoese Galata Tower stands tall and proud among the city’s skyline. However, its fame centres on amazing, panoramic views over the Golden Horn, from its top-floor restaurant. A cylinder-shaped roof makes it recognisable, but its viewpoint popularity means there are long queues to get in.

Reaching 70 metres high, earlier uses include a jail and observation point for spotting fires, which often happened in those days wood was used to construct homes. At night, they also host Istanbul’s most popular Turkish night shows. 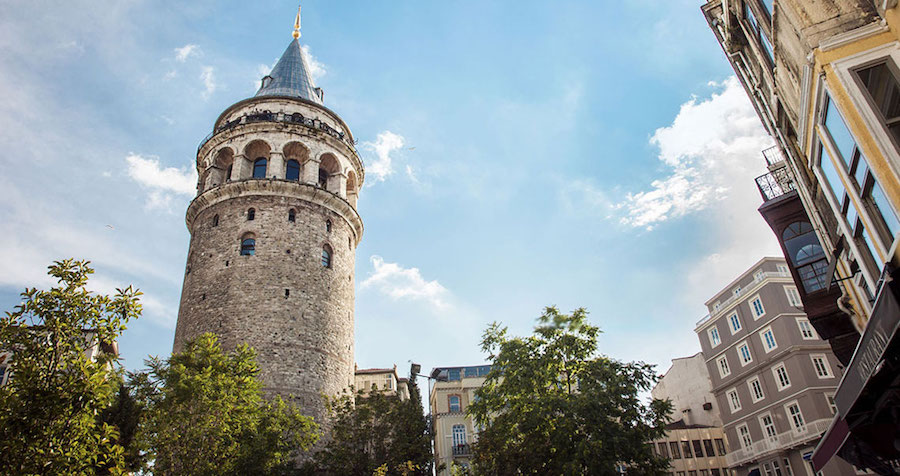 For many decades, average people have admired Bosphorus Yali Mansions from afar, but in 2015, Erbilginler Mansion hit headline news when reports said a Qatari businessman had bought it for a staggering 100 million euros, making it the world’s most fourth expensive house.

Covering 5800 square metres, and including 64 rooms, the Erbilginler family bought in 1985 and spent an extensive amount of money on its restoration. Little is known about the property, but if expensive houses interest you, hundreds more yali mansion line the Bosphorus shores and you can see them while on a ferry ride. 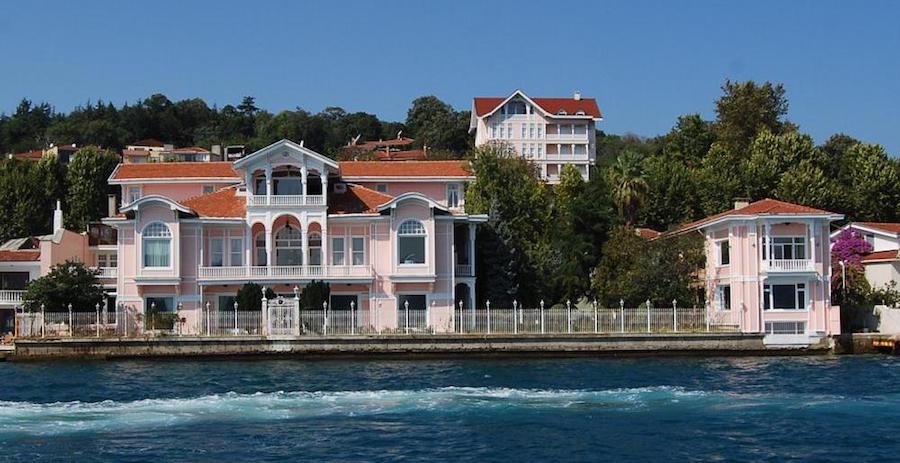 Basilica cistern is underground but worth mentioning because this famous landmark is an exciting place to visit. The upside-down Medusa head at the back of the cistern is its first claim to fame. Urban legends say it is to stop people staring into her eyes so she couldn’t turn them to stone but it's most likely, just the best construction method because the column was taken from another building.

The cistern’s amazing 336 columns, makes it an eerie place to explore, as described by Mark Twain in his book “The Innocents Abroad.” He wrote….

“You’re 40 feet underground, amid a perfect wilderness of tall, slender, granite columns of Byzantine Architecture. Stand where you would, or change your position as often as you pleased, you were always a centre from which radiated a dozen long archways and colonnades that last themselves in the distance and the sombre twilight of the place.”

Basilica cistern also features in Dan Brown’s film, Inferno, and in “From Russia with Love” with James Bond. Without a doubt, its immense fame, stretches beyond Turkey’s border to international film lovers everywhere. 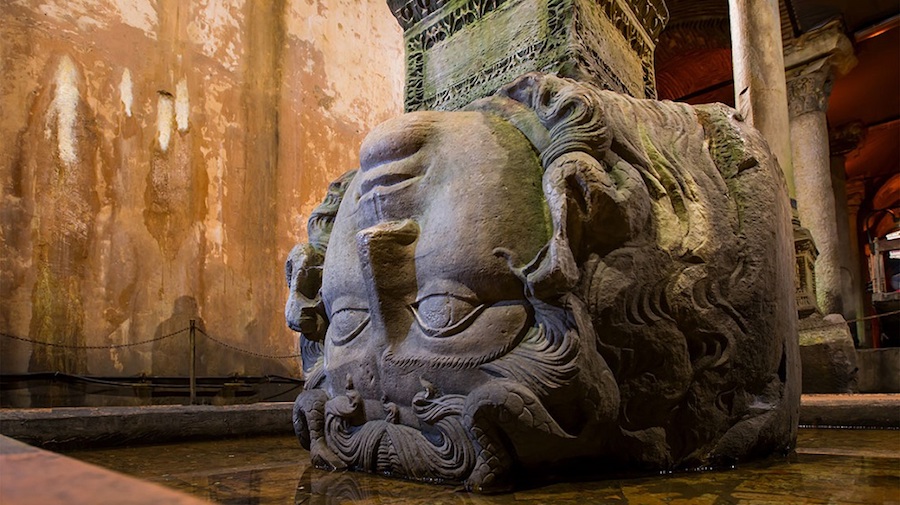 The Byzantine Maidens Tower does not have a memorable architectural appearance like other large-scale buildings in Istanbul, yet its fame leads it to appear in many picture postcards and travel magazines. Sitting at the Bosphorus southern entrance, a heartfelt urban legend boosted its popularity.

A tale says an emperor received a prophecy that a snake would kill his beloved daughter before her 18th birthday. So, he built the tower and moved her there for protection. On her 18th birthday, he took her a basket of fruit to celebrate but, a snake hiding among the fruit bit her and she died. The tower featured in James Bond’s film, the “World is not Enough.”

For many long-term residents, the 19th-century Haydarpasa train station is an iconic landmark staying true to its roots, and the nostalgic Baghdad and Hedjaz routes made it famous in the Middle-East. In 2015, rumours suggested the un-used train station was to be converted into a luxury hotel, and residents sprang into action by organising daily sit-in protests.

Plans to renovate and reopen it as a railway station are on hold after workers discovered remains of a Byzantine town, graveyard, jewellery and coins. At present, the interior is closed off but still admire the marvellous renaissance revival exterior architecture.

Related Reading: What To See in Asian Istanbul 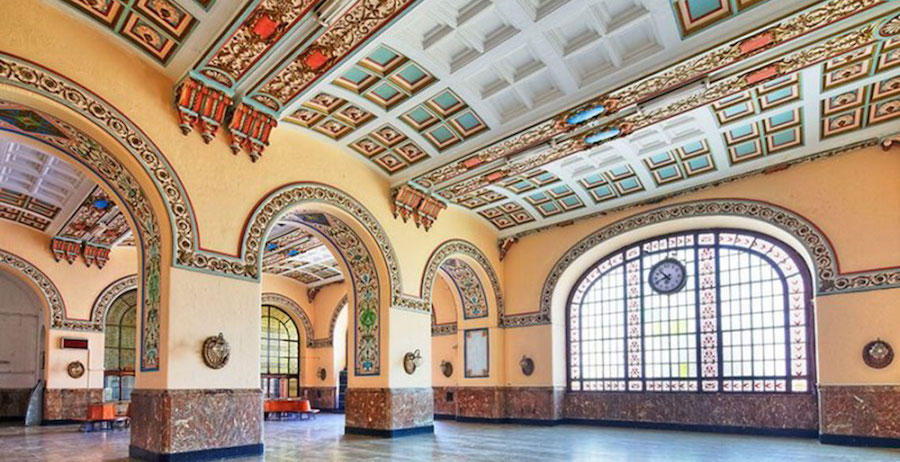 Although it isn’t a functioning church, Chora Museum earns international fame, because on display are beautiful Byzantine frescos and mosaics depicting Biblical scenes and people, like the birth of Christ, the Virgin’s seven steps and Saints Peter and Paul.

This medieval Greek Orthodox church was converted into a mosque during the 16th century but in 1948, opened as a museum. You might also like to read about famous churches in Turkey including Antakya, the oldest in the world.

As one of the most famous buildings in Istanbul, the 15th century Grand Bazaar is unique for two reasons. It is both, one of the largest and oldest markets, and the most popular tourist attraction in the world. Hosting 1 million visitors every year, and built to encourage financial trading, it a must for souvenir shopping.

What started off as a small market, now includes 61 streets and over 4000 shops. As if to prove James Bond’s love affair with Istanbul, the film Sky Fall featured the Grand Bazaar’s rooftop. An ancient practise still continuing today, is the grouping of merchants’ depending on items sold. 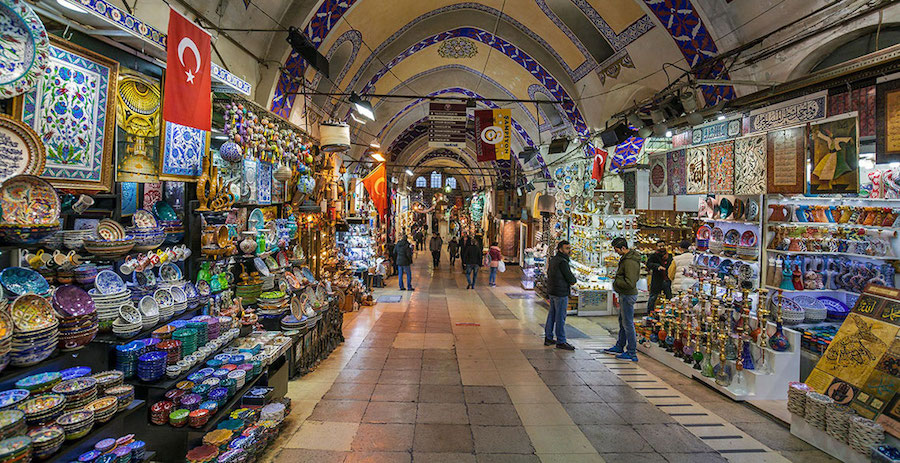 If you plan to visit or buy property in Istanbul, our general information and city guide will come in handy. Including a basic introduction, interesting facts and figures, and a district guide, it inspires you to see the best of what Istanbul offers. Alternatively, if you are travelling on a budget, our long list of free things to do in Istanbul will help you stick to it.