4 Luxurious and Extravagant Palaces in Istanbul

Screaming of luxury, extravagance and untold wealth, palaces all over the world normally garner the attention of the average person. Used either as homes of royal residence or as property investments of billionaires, they signify a life that most can only dream of. While some palaces like Buckingham in London are still in use, others have become museums, highlighting their country’s historical timeline and Istanbul is a prime example of this. As the former capital of both the Byzantium and Ottoman empires, the city has housed and hosted many famous figures throughout history and the palaces are a perfect way to get to know their stories.

While the architecture is more reflective of an ancient castle or fairy-tale story, Topkapi Palace was for many years, the ruling centre of the Ottoman Empire. As well as holding historical buildings such as the communal kitchens, throne rooms and treasury, we gain an important insight into the lives of Ottoman sultans, their entourage and their families through rooms such as the harem, circumcision and sultan's quarters.

The perfectly maintained sprawling grounds and gardens that once acted as a fully functioning city houses the world’s fifth largest and 84 carat spoon-makers diamond and in the sacred relic’s room, visitors view ancient possessions of Muhammad, a priceless collection for anyone interested in prominent figures of Islam.

Holding a strategical position, overlooking the Bosporus, Sea of Marmara and Golden Horn, the architecture may seem like a mish-mash of styles but should be admired because it is the result of more than 400 years of Occupation by Ottoman sultans since Constantinople was invaded in 1453 and up until the Dolmabahce palace was constructed.

These days, visitors gain a perfect insight into the bizarre trends and fashions of the Ottoman rulers, but to enhance a visit, read history books to discover tales of harem jealousy and sibling rivalry that took place within the grounds of Topkapi palace. Examples include Mehmet the 3rd who murdered 19 of his siblings to prevent a coup in later years or mad Ibrahim who had 280 concubines drowned in the Bosphorus because he suspected foul play and double-dealing in the harem. 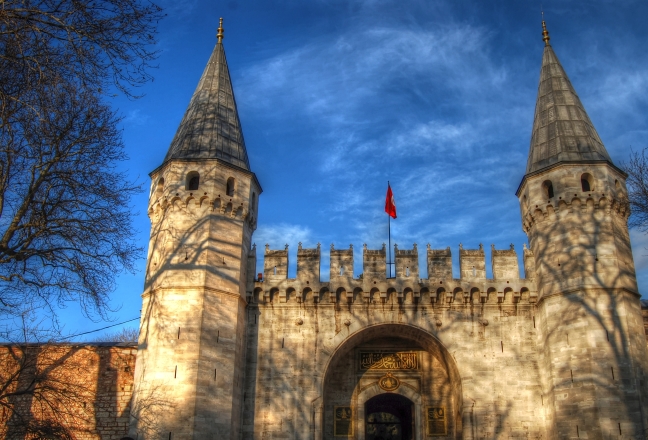 Towards the end of the 19th century, the ottoman sultan Abdulmecid became tired of the Topkapi palace. He viewed it as embarrassing and outdated so started building a new palace that was more in line with western decor trends.

The no-holds-barred limit on price or expenses eventually bankrupted the state and possibly contributed towards its final status as the sick man of Europe. Gold painted on the ceilings and crystals lining the staircases are a sickly reminder of what an empire did when people were starving and dying of the disease.

While they were losing power and influence over Middle Eastern countries, they instead sourced in pure silk and handmade carpets from nearby Herake, a region famous and respected for their skills and trade. While their reputation was diminishing to that of madmen and fools, they commissioned artists from far away countries to paint walls, ceilings, and portraits. So while the Dolmabahce Palace is a home of extravagance and extreme wealth, it more reflects the demise of an empire who had shifted from their roots as fighting men, to pampered Mummy's boys unable to deal with reality, leading to the last Ottoman sultan to be exiled in 1922.

Visitors touring the grounds sign up for guided tours of which there are two separate sections, the Selanik and the harem. The selanik is also important for another reason though because, in one of the rooms, the founder of the Turkish republic in 1923, Mustafa Kemal Ataturk passed away. All the clocks within the palace are set permanently to the time of his death. 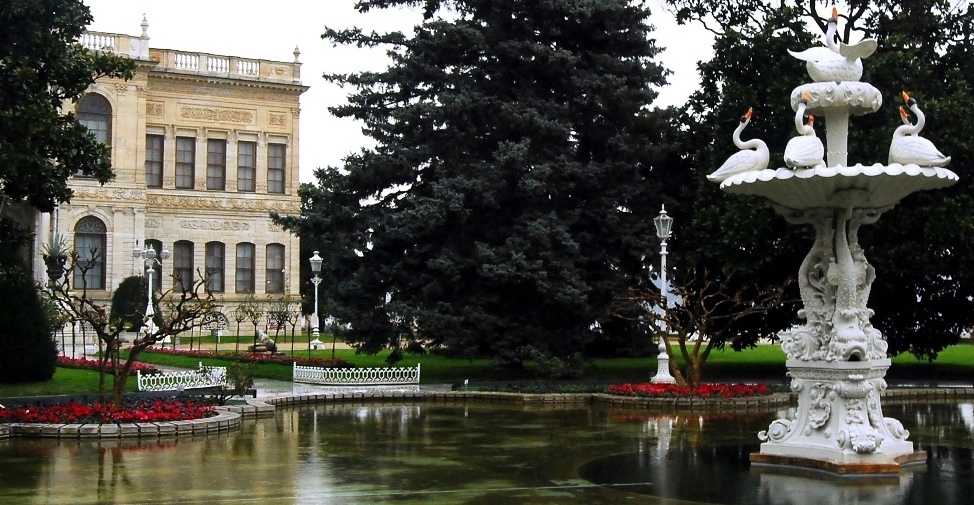 Compared to the gigantic and monstrous sizes of the Topkapi and Dolmabahce, Beylerbeyi Palace is relatively small but its main purpose was a summer house or place to entertain visiting foreign dignitaries. Built in 1863, the most striking feature is the artwork of ships and sea, which can be, contributed to Sultan Abdulaziz who had a love of everything maritime.

With a mixture of eastern and western decor trends, and sitting directly on the shores of the Bosphorus, the palace of which the name translates onto “lord of the lords” hosted many prominent foreign figures. They include the Duke and Duchess of Windsor and Empress Eugene of France of which rumours suggested had a crush on the Sultan and received a slap on the face from the sultan's mother for her rude manners. The palace was also the death place of the disposed Sultan Abdulhamid in 1918. 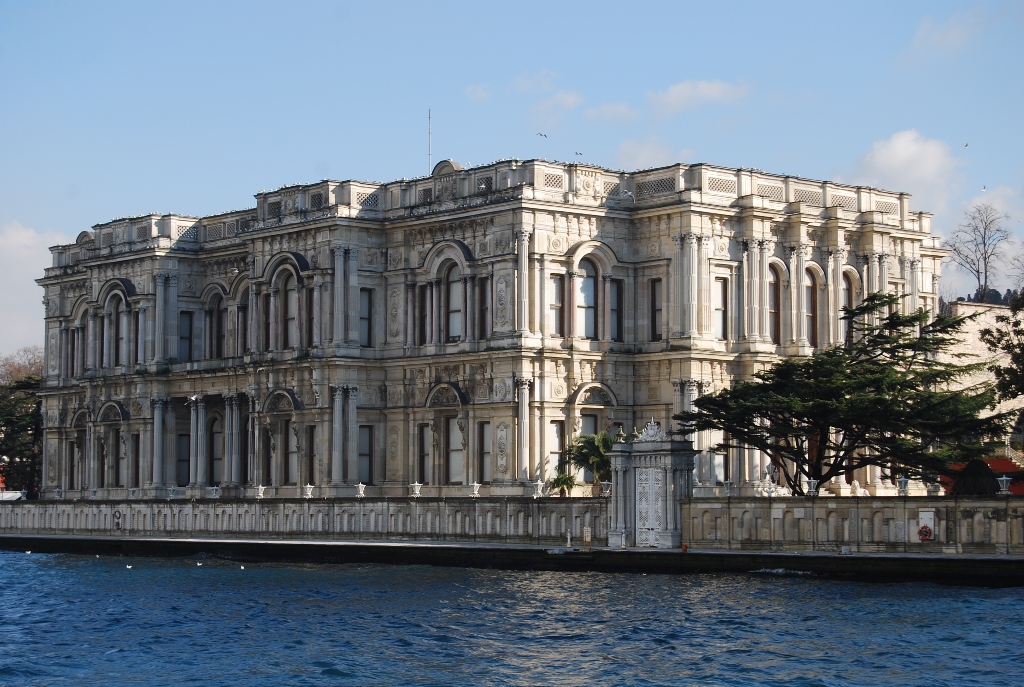 Translating into “star,” Yildiz Palace is another example where outside appearances are deceptive. The small pavilion type architecture gives no hint about the décor inside but visitors can see it for themselves because, in 1993, it opened to the public as a museum. Main construction took place at the end of the 19th century, so historians view it as the last example of Ottoman architecture.

Sections to visit include the small state kiosk where official meetings were held, the Island kiosk which Sultan Abdulhamid the second turned into a small zoo for his pleasure and the palace theatre that was built for a planned visit of the German Imperial Kaiser Wilhem II in 1899. Once again, while it does not compare to the grand size of Dolambahce or Topkapi, it is an interesting and intriguing insight into the lives of the Ottoman rulers and their homes. 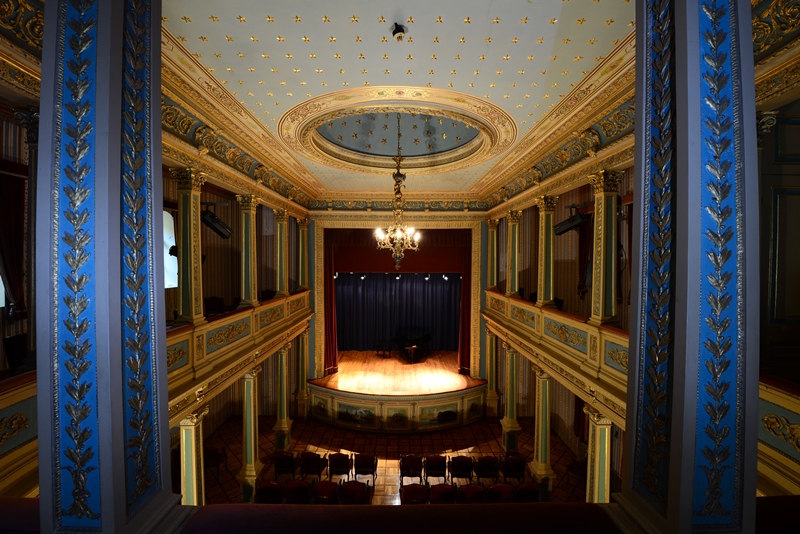