Property Turkey Blog Culture shock: expats reveal the Turkey no one tells you about

Culture shock: expats reveal the Turkey no one tells you about

Michael Kingson moved to Istanbul in 2012. The 38-year-old English teacher moved to Turkey from the UK looking for adventure and new experiences.

We ask the pair about culture shock: the aspects of their new country they found surprising, pleasant - or even horrifying. Michael: The friendliness took me by surprise

"Everywhere I went there was someone willing to help me: show me the way somewhere or help me buy something or pay a bill. That was very helpful in the early days. Even when the language barrier was a problem, people would still try and help me by calling a friend who spoke English to translate or give me directions.

I’ve been invited to lots of dinners and birthdays and other events. Once I was invited to a wedding of two people I hadn’t met, by the father of the groom. I didn’t go - my own cultural norms dictate that you would never show up for a wedding you weren’t invited to. It took me a while to get used to the casualness of invitations. Actually my first invitation was from a woman I met at Manchester Airport while I was waiting for my flight to Istanbul - I hadn’t even set foot in Turkey but was experiencing its famous hospitality!" 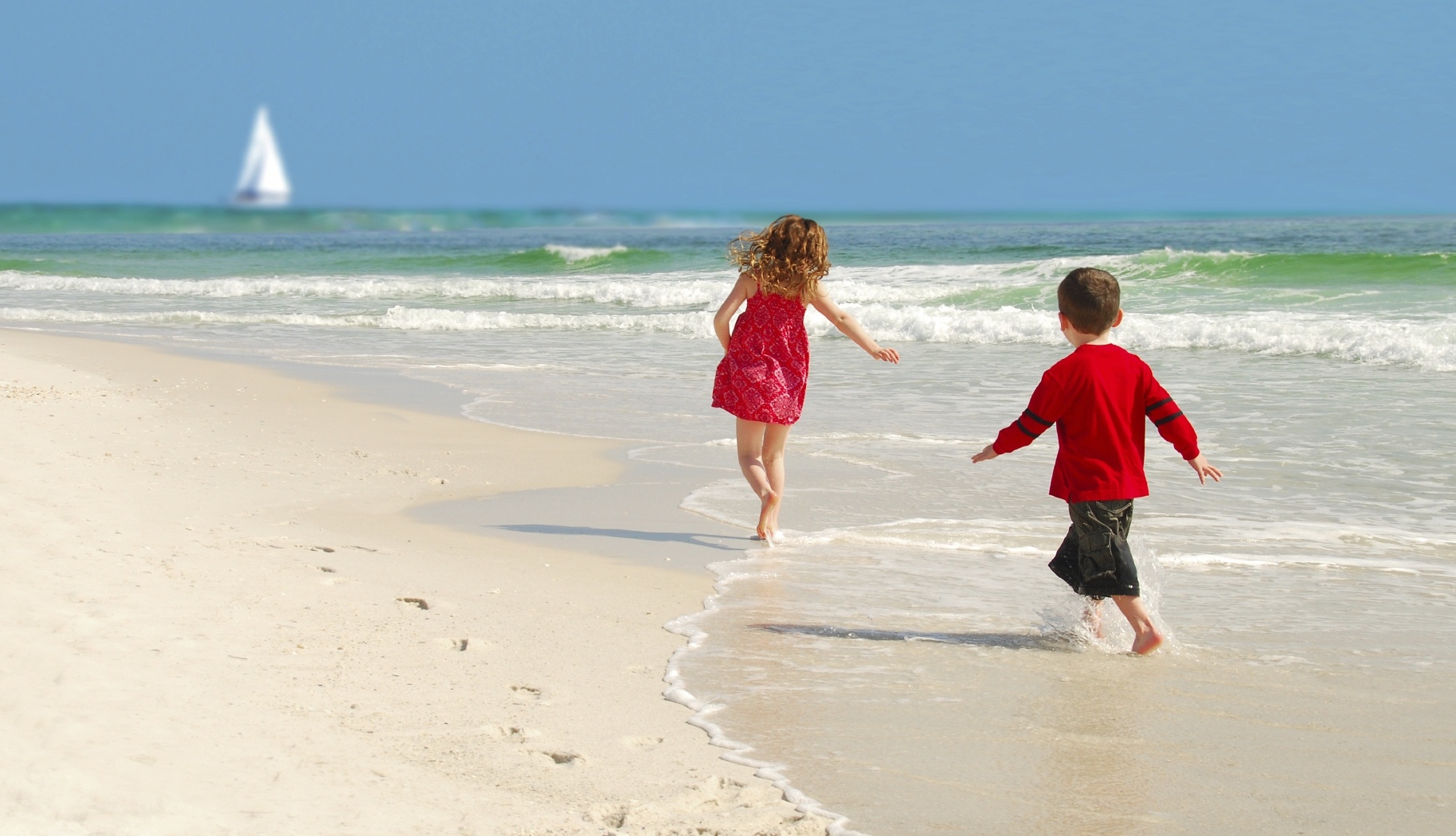 Ella: The attitudes towards children are different

"Moving here with a family has been a big - but very nice - surprise. Everywhere we go people greet our children warmly and offer them something - some food or stickers or a cheap toy. Once a woman patted down her pockets and went through her bag to find something to give my son, but only had a packet of toothpicks, which she handed to him.

The kids loved it, they lapped up the attention. Sometimes it’s inconvenient, and far too many sweets. But overall it’s a positive thing that makes us feel very welcome and at home. Back in Sweden people didn’t always like seeing children out, for example in restaurants or cafes. But here they’re welcomed with open arms, and when you’re out at night there are plenty of children running around. People would always ask why our children went to bed so early."

Michael: The lack of English surprised me

"Unless you’re in really touristy areas (like central Istanbul, Fethiye, Antalya or Bodrum) it’s hard to find someone who speaks English well. This surprised me as I’ve heard it said several times that English is compulsory in Turkish schools. I found it difficult at first, although people will really try their best to communicate with you. You should try and learn Turkish, it will be easier to get around and people will be more receptive to you."

"Coming from an orderly European country I found the lack of specificity annoying at times. For example, I went out with a new Turkish friend to a restaurant and she argued with the waiter about the prices on the menu, eventually getting us a discount. I expected haggling, but that is a little extreme.

There’s also the relaxed attitude to timekeeping. I had a meeting that was supposed to be from nine till twelve, but it ended up being ten until two. I still can’t figure out how the country manages to run - one appointment overrunning like that and your whole day is out of balance. I am still getting used to this part of Turkish life." Michael: The food's great, but it took me a while to get used to it

"Turks eat bread with every meal. That’s strange to me. It also took a while to get used to communal eating. I stayed with a family when I first arrived and in the morning, they would all eat off a big plate, tearing off bread as they went. If you didn’t take your food fast enough it would disappear before your eyes. And although the food is really good in Turkey, sometimes I have to admit I craved different food.

I used to go to McDonald’s or find an expat pub that did roast dinners. I think part of that was being a little homesick. I’ve been in Turkey for four years now and now I love the food, it’s so fresh and organic, I can’t remember the last time I ate an American-style fast food meal."

Ella: The toilets horrified me at first

"The first time I encountered a Turkish toilet I was visiting a small cafe in a small town outside Fethiye. I asked where the bathroom was and was directed to a door at the back of the cafe. I walked in and then walked straight back out again. I thought there was some mistake. I asked again for the bathroom, and the waiter who originally ushered me into the bathroom politely escorted me back in again and that’s when I realised. I was horrified, I didn't know what to do! I sent my husband a text message from the toilet asking for help, he thought it was hilarious but he wasn't very sympathetic. You don’t see too many of these toilets in Turkey if you live in the more westernised areas. But I’ve encountered enough now that not only do they not faze me, I prefer them to the “normal” ones as I think they’re more hygienic. 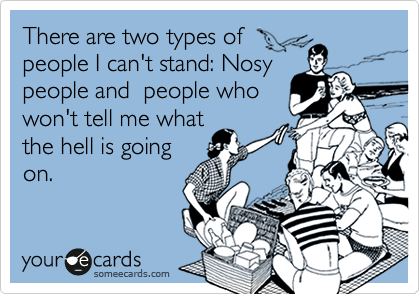 Michael: The personal questions can be intrusive

"The taxi driver who took me from the airport from my hotel when I arrived knows as much about me as some of my closest friends do. I was interrogated about my family, relationship status, how many children I had, salary, my parents’ jobs and how much my house back home cost. Being British and polite I answered the questions but I did not feel comfortable and I was glad when the ride was over and I could go back to my private bubble.

After four years I’m still not used to it, but you just have to remember it comes from a good place, and it’s culturally ingrained. Just say “bu ozel”, which means “that’s private.” People generally accept this. I don't feel you should have to compromise your own privacy just to be polite - there are other ways to be polite during an interaction."

Ella: The word 'no' is not part of the Turkish vocabulary

"This was one of the more frustrating aspects of the culture when we were trying to settle into the country and before we knew more about the Turkish people. Instead of saying they don’t know, many people will give you a roundabout, incomprehensible explanation. Not getting a straight answer is very annoying. I remember a very trying morning trying to find a government office.

I kept asking people where it was and they would give me a rambling answer. Finally I found it on my own. Since then I have come to realise it’s just part of the culture and it doesn’t bother me. I’ve also learned about the unique gesture Turks use to say “no”: an upward head flick with a tongue click. You don’t really hear the word “no” used too much. I wish I’d known that before we arrived." Michael: I couldn't believe people were so casual about history

"Back home, historical artefacts and ruins are generally behind barriers, and you have to pay to see them. It’s not so in Turkey - you can see history everywhere. In the city old Ottoman buildings are interspersed with modern structures and ancient walls become part of the city landscape.

When you leave the city and head to the countryside, there is just a staggering amount of history - ruined fortresses, walls and even civilisations you can just explore on your own. No need for admissions, they’re not even signposted. They’re just part of the landscape, no one really notices, and that really blew me away at first. Now, I think this sense of history makes Turks more in touch with their identity and their culture - it's the way it should be everywhere."

State-of-the-art project featuring a modern hotel branded by the world famous Banyan Tree group, this project offers apartments and villas and payment terms up to 36 months for investors and those looking to spread payments.