Property Turkey Blog Baklava: The Sweetest Delight and the National Dessert of Turkey

Baklava: The Sweetest Delight and the National Dessert of Turkey

Baklava, a sweet dish often served as a dessert or snack, is by far the most popular sweet item in Turkey, even outweighing the well-known Turkish delight. Carefully baked using filo pastry and nut fillings, then covered with thick sticky syrup, thousands of the small bite size cakes are sold all over the country every day.

Stemming from the kitchens of Ottoman Turkey, its history is not clear because as a favourite in many other countries, no one ever documented who invented the simple dish. Some historians suggest it is a development from the layered bread pudding of central Asia while others insist it came from the Persians.

The third theory is the Byzantines first invented the basic recipe and it developed from there. This could be true as baklava is also a favoured dessert in Greece. Putting history aside, everyday housewives across Turkey pride themselves on the quality of their baklava, as do the baker shops who line their window fronts with many trays of it. 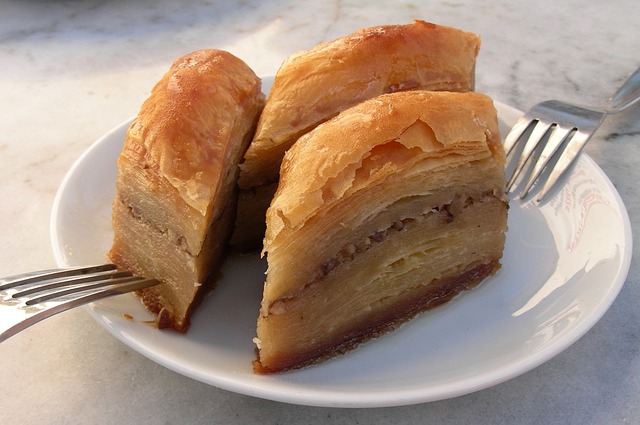 Even though, nuts are the main ingredient of the filling, the type of nut used varies from region to region. While the Aegean coast, use a variety including almonds, the northeast region prefer hazelnuts, which makes sense because this area is the main producing area in Turkey for hazelnuts and such is the abundance of them, they even ship them abroad. The most respected type of baklava though is the southeast Gaziantep region that uses pistachios.

Officially patented by law in 2013, for its original recipe, such is the pure taste of Gaziantep baklava, that around the country; buyers always opt to purchase this regional version instead of others. Its main inclusion of pistachios is probably another reason why it is highly favoured since Gaziantep is also highly respected for the freshness of their pistachios nuts, easily grown because of the ideal and fertile soil conditions of the southeast.

What Do the Master Baklava Cooks Say?

Anyone who tastes baklava for the first time will automatically judge it on appearance and taste, yet baklava masters say there are other ways to find out if you are eating high-quality baklava or the efforts of a wannabe chef.

Placing a fork directly in the middle, a slight crunchy sound as the pastry crumbles should be heard. Secondly, the melted butter and peanut flavour should slightly evoke the nose into picking up the sweet smell. Lastly, the third relies on the tongue in that the baklava should leave a lingering taste in the mouth but not a heavy feeling in the stomach, hence the reason why some people can eat them in abundance. 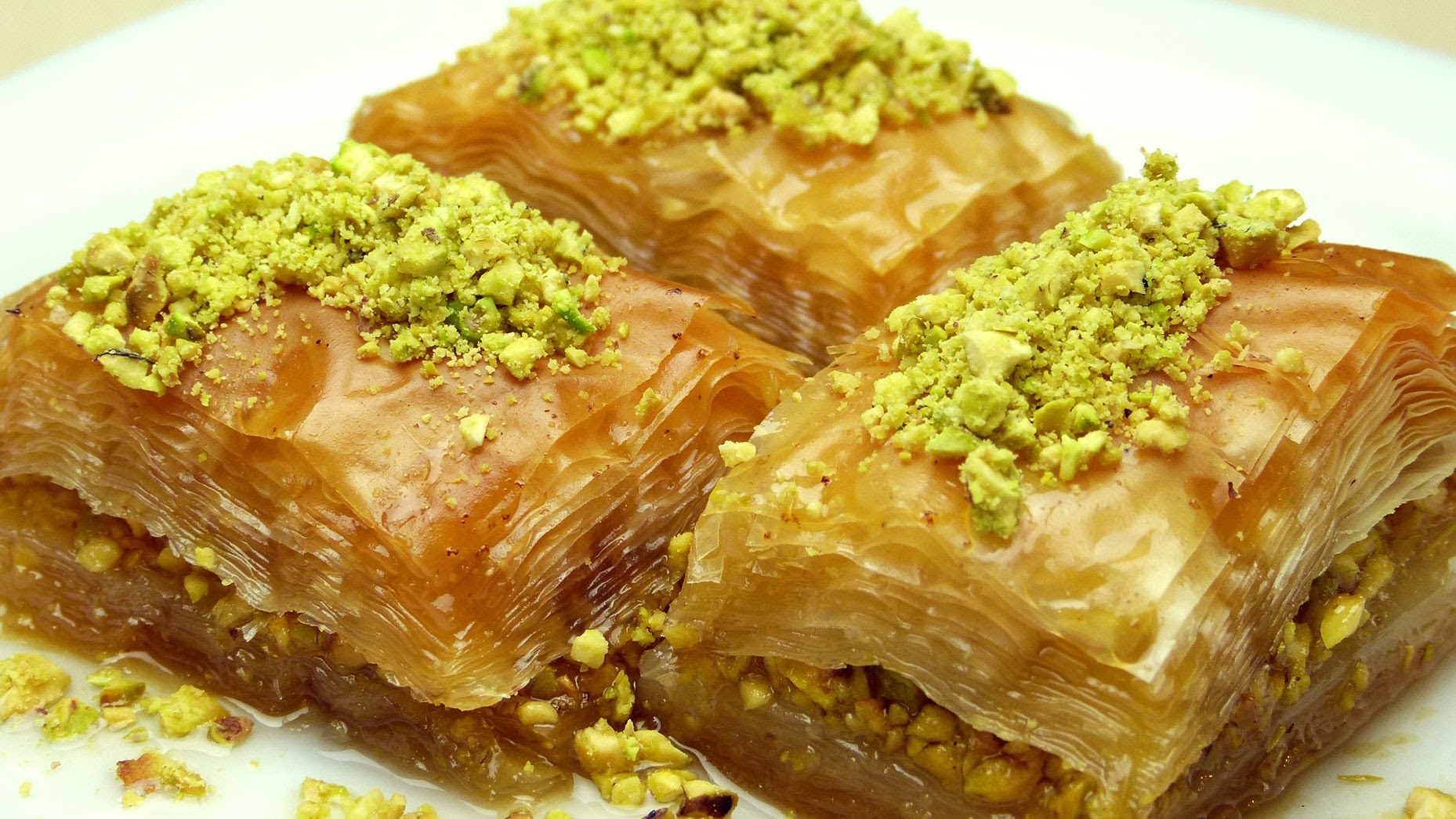 The Best Places to Buy Baklava in Istanbul

While Gaziantep is the capital of baklava, centuries ago, master bakers took their trade to Istanbul and for many years, have established solid reputations as the best baklava shops in the city.

Opening their first shop in Istanbul, in 1949, the Gullu family have come a long way since their ancestor Mehmet Gullu, in the early 19th century went to Damascus to learn how to make the best baklava. As a family business, they stick to preferred tried and tested ingredients, weights, and baking times. Now operating a factory and other shops in Istanbul, outlets all over Turkey sell their speciality baklava.

The Koskeroglu shop in the Karakoy district of Istanbul is easily spotted by the long queue of locals lining up outside. Now operating home delivery services, they sell a variety of baklava versions of which some sell for an average of 55 Turkish lira per kilo.

Open since 1864, this shop / cafe sells baklava in bulk or single pieces for tourists, who are unsure of whether they will like the national dessert. They have four branches throughout the city but the Taksim shop in the new part of Istanbul, receives the most trade because it sits near Istiklal Avenue, known as the busiest street in Turkey.

Undoubtedly, if you have plans to visit Turkey, tasting the national dessert should be at the top of your list of things to do. While many foreigners find Baklava to be intensely sweet, many others also develop a life-long sweet addiction! 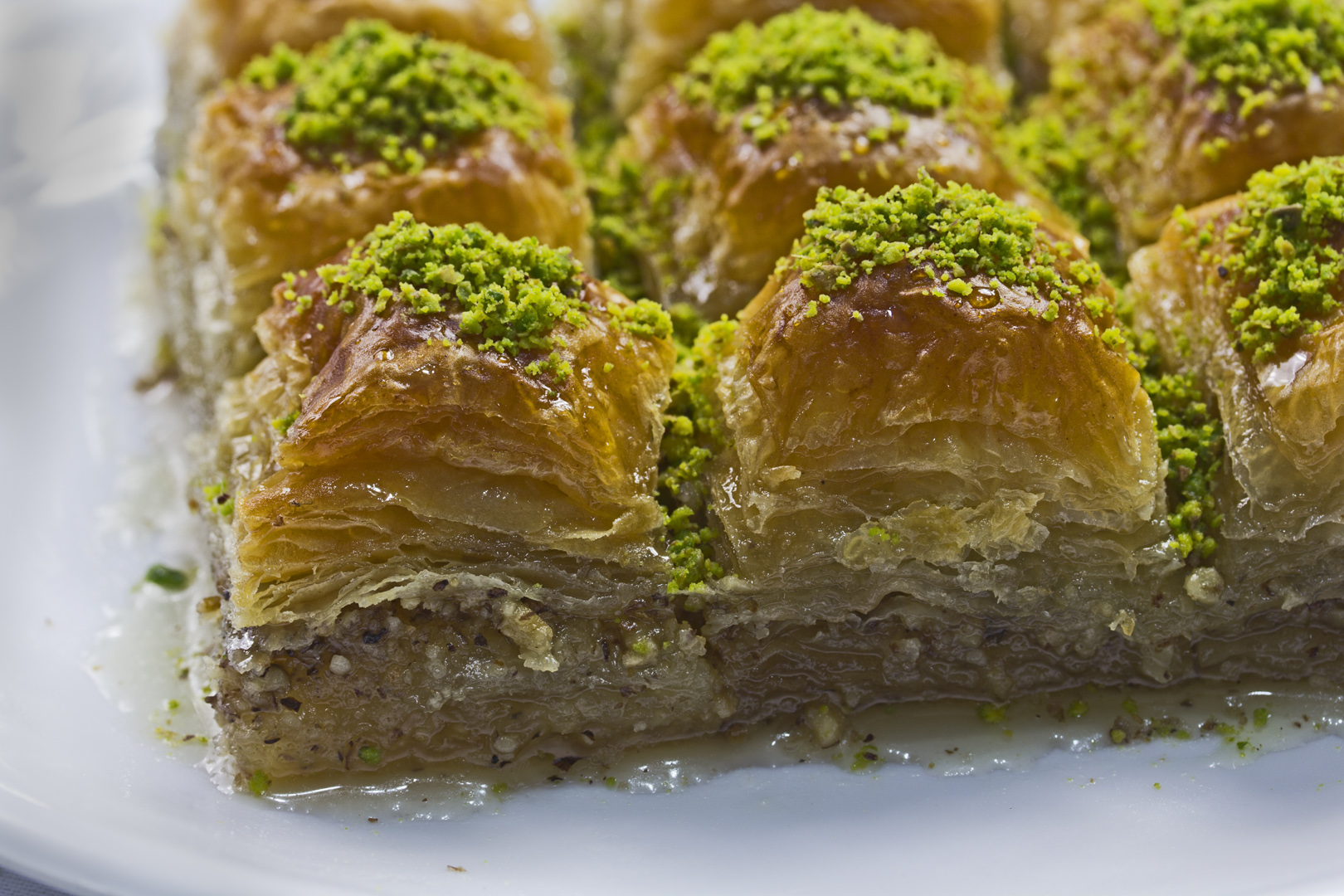