Covering more than 783,000 square kilometres, Turkey, the 37th largest country in the world, presents a diverse range of scenic destinations for travellers to visit. Masses of sandy beaches cover stretches of coastline in the North, West and South while its colourful historical timeline, laid the roots for important landmarks like Ephesus, the second largest city of the Roman empire and now a top visited tourist attraction of the country.

However despite being one of the top 10 most visited countries in the world, judging from some media sources, many people still refuse to visit Turkey, because of a preconceived idea of its status as a Muslim society. Even though it is a secular nation, with strong roots in democracy, these facts are often overlooked in an era where Muslim headlines often dominate the front pages of western media.

Turkey has its hardcore fans though who always give testament to the wonderful holidays they’ve had in the country. They are people that return every year and expats who bought homes because of the bountiful property investments on the market.

They saw what others have not and that is despite pre-conceived notions, in many parts of the country, Turkey is westernised and modern. This could be credited towards the mass of tourists since the 1970s who have promoted a billion dollar industry to be built around hotels, bars, and restaurants accommodating their every need.

Head to the east of the country, and you will find strong culture and traditions, with some locals in areas like Mardin even speaking Arabic instead of Turkish. This region is often only visited by experienced travellers who are prepared to forgo their home comforts, but many other destinations in Turkey are perfect for first-time visitors who want to see the westernised face of Turkey.

A 4-day city break is a perfect introduction to the country because Istanbul is a pleasant fusing of old and new, modern and traditional, complex and simple. Staying in the Sultanahmet area, one of the most popular districts for foreigners, first-time visitors tour major historical sites such as the Blue Mosque or Hagia Sophia; both portraying the Byzantine and Ottoman eras.

At the same time, they eat in Chinese restaurants or traditional Turkish lokantas. Some opt for rooftop nargile cafes while others head over to the other side and the district of Taksim for large nightclubs with laser dance shows, mixed with Turkish and western pop music. The diversity of Istanbul satisfies everyone, no matter what their nationality is. 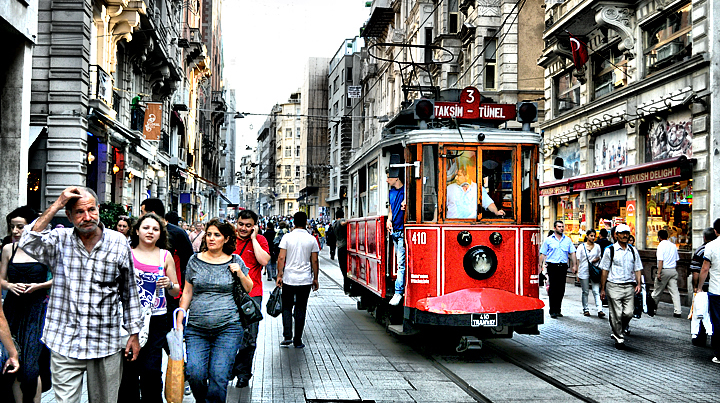 British Didim: Home of the English Breakfast and Sunday Dinners

A 1-hour transfer from Bodrum airport, the small fishing village of Didim is now a popular holiday resort that has dramatically expanded from its original status as a village. Also known as Altinkum, a hardcore following of repeat British holidaymakers and permanent residing expats, are lured by home comforts sold by bars and restaurants such as English breakfasts and Sunday dinners.

A majority of locals in Didim speak English, therefore, eliminating any language barrier and the resort has adopted its own standard of social customs leading it to be nicknamed “Little Britain”. First-time visitors to Turkey will enjoy a soothing, slow-paced introduction to the country.

Bodrum: Home of the Fishermen

Another area bursting with diversity, Bodrum also consisted of small fishing villages that boomed to become major touristic hubs and more importantly, a key player of the Turkish Riviera and home to rich and famous Turkish celebrities.

Stemming from the main town centre, small surrounding resorts include Gumbet, known for its watersports, Turgutreis with its vibrant sunset and Yalikavak of which property prices in Bodrum for many expats have now risen thanks to the new state of the art marina built close-by.

Self-catering apartments or all-inclusive hotels are the favoured choices for budget travel or luxury stays and the area prides itself on leisure activities such as daily boat trips, jeep safaris, and waterparks.

Marmaris: Home of the Architect

It is said that Marmaris got it's name when an Ottoman Sultan ordered the construction of a new castle and upon seeing it, ordered the architect to be hanged because he detested it. These days, as one of the top holiday destinations in Turkey, especially for British people, it has grown to include the main town of Marmaris as well as the smaller holiday resorts of Icmeler, Turunc and Bozburun.

The stretch of coastline paints a pretty postcard with its blue seas, sandy beaches and green mountains but the old town portrays glimpses of the area in days gone by with its small bazaar, stone castle and harbour with moored fishing boats, and backed by top quality fish restaurants. Further along, the modern marina hosts some of the most luxurious yachts in the world but Marmaris is like Bodrum, an extremely diverse area and for families or couples on a budget, the town is an ideal choice. 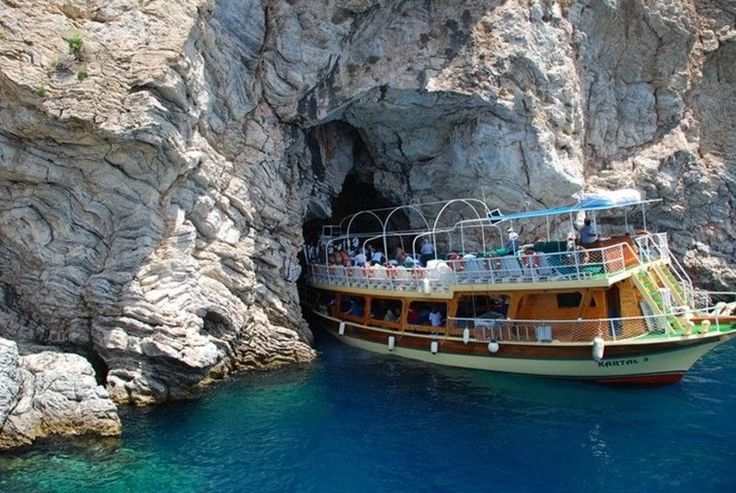 The Natural Landmarks of Gorgeous Fethiye

Moving around to the heart of the Mediterranean coastline, the Fethiye peninsula holds some of Turkey’s most beautiful natural landmarks including the Blue Lagoon of Olu Deniz, Butterfly Valley and the massive Saklikent gorge. The peninsula, backed by the domineering Taurus mountains is also the finishing point of the famous Lycian way, a 516-kilometre trek covering historical ruins from the Lycian empire including the UNESCO sites of Letoon and Xanthos.

Families who don’t want to stray from home comforts such as international meals will enjoy Olu Deniz, where bars and restaurants regularly put on entertainment for British visitors, otherwise the small and rustic village of Uzumlu is ideal to rent a villa and relax off the beaten track. 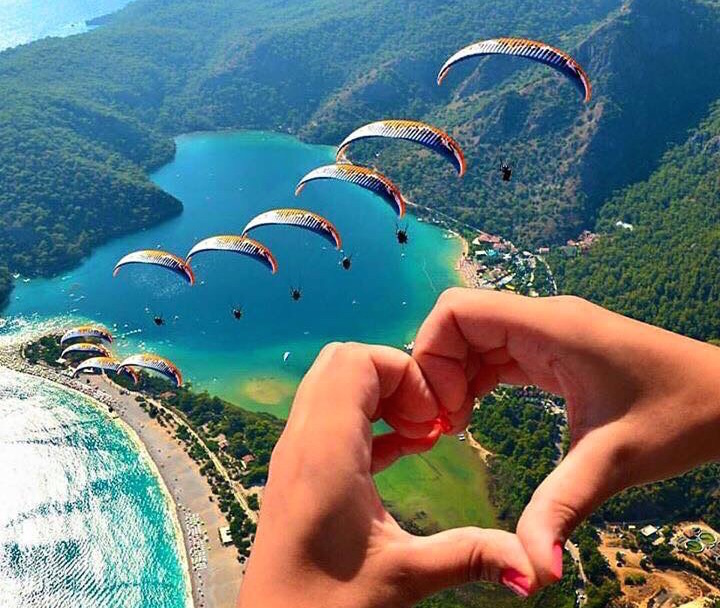 Antalya is a popular holiday resort for many nationalities including Brits, Russians and Eastern Europeans. As the finishing point for the Turkish Riviera, it also boasts champion status as the second most popular holiday destination in Turkey after Istanbul. Rather unique to this area, though, is its renowned status for all-inclusive hotels that are particularly based in the Kemer area. Take a cable car up to Mount Tahtali for an amazing panoramic view of the coastline, visit the sand sculpturing festival in Lara beach during summer, and enjoy a round of golf since Antalya is the top golfing destination in Turkey.

Although the centre of Antalya is a city, for quieter resorts, look to historical Side, known for its Roman ruins on the middle of the town or on the outskirts of the peninsula is Cirali, a one-street village of which the beach is also home to Caretta, Caretta turtles. 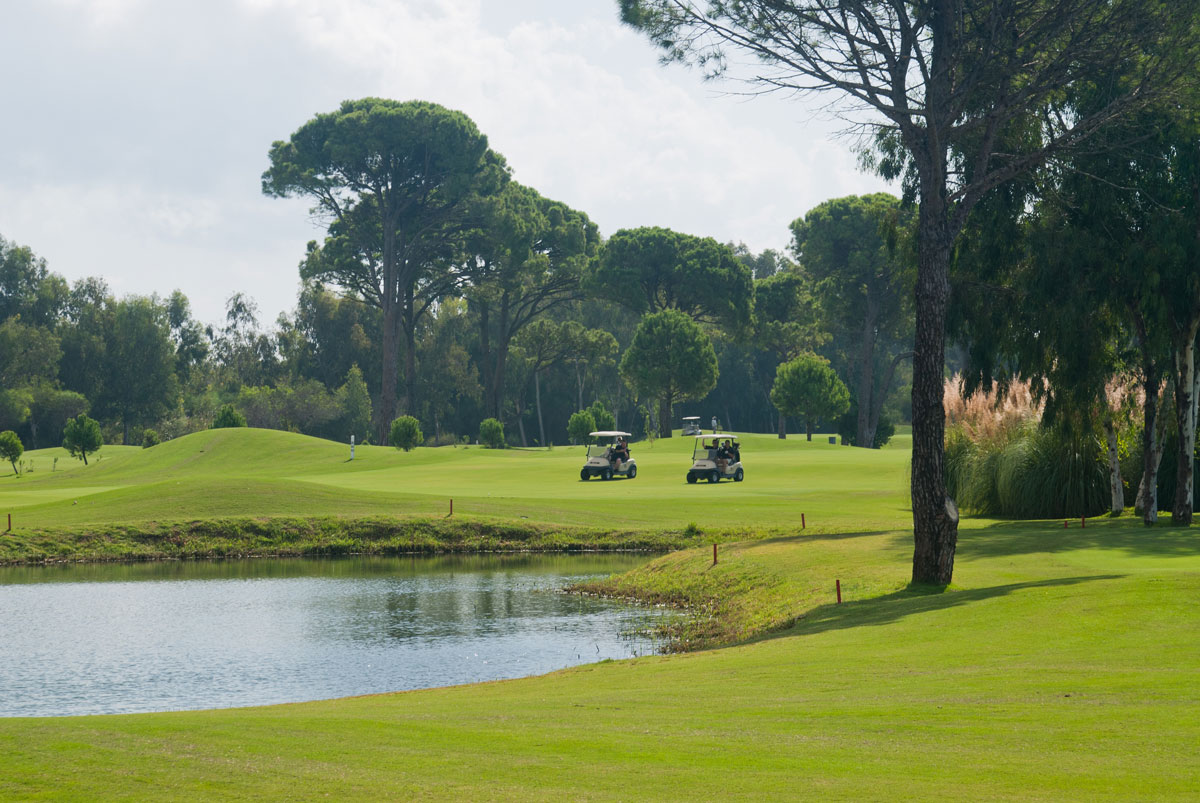