Oludeniz Beach and the Famous Blue Lagoon of Turkey

Yearly, thousands of foreign holiday-makers and expats descend on the small and picturesque town of Oludeniz on the coast of Turkey. Lured by the summer climate, wide use of the English language and the scenic appearance, a result of being tucked in neatly to a green valley, the village also has a calming and simple vibe evident in the happy go lucky nature of the Turks. By far though, the biggest assets that the resort has are Oludeniz beach and the Blue Lagoon. Swim in the Blue Lagoon

Tourism posters for Turkey mostly feature well-known historical landmarks or places of natural beauty. From the east to the west, plenty exist and one that ranks at the top of the list is the Blue Lagoon of Oludeniz.

Not to be confused with the famous film of the same name, featuring Brooke shields and Christopher Atkins, this Blue Lagoon, was unto, the early eighties, a hidden paradise, frequented only by hippies and travellers looking for an off-the-beaten track experience.

These days, visitors make the trip especially to see it or alternatively, rent a sunbed or hire a pedalo to paddle around at a leisurely pace. The paddle shaped beach separates the small bay from the main sea, and perhaps earned its name through the turquoise and aqua colours of the water. As a Blue Flag beach, it is one of the best in Turkey and the most photographed in Europe. The Main Beach of Oludeniz

Brits tend to have a saying about small beaches and sunbeds that make it seem like “sunbathers are all packed in like sardines” - This will never happen on the Blue flag Oludeniz beach. Long and wide, the golden sand stretches from the Blue Lagoon, up to the edge of the village and the aqua colour water, has a warm temperature luring swimmers.

On a section of the beach, facing the main commercial street of Oludeniz, a large pad for paragliders of which Oludeniz is famous for, ensures a soft landing. Heading off Babadag Mountain, many holiday-makers sign up for a tandem ride with a qualified pilot and gain a bird’s-eye view of Oludeniz before descending on the beach in true style!

In the morning, before swimmers and sunbathers appear on the beach, activity starts with the boats. Construction is forbidden on this protected beach, so the lack of a harbour forces the boats to come as close as possible to the beach. After picking up passengers, they leave at 10.00 every morning for a relaxing cruise around the coastline and surrounding bays.

The water taxi that arrives at the same time, takes passengers on a different route, a 20 minute sea journey across to the scenic and rustic valley of Butterfly. In direct contrast to the modern and British vibes of Oludeniz, Butterfly Valley is particularly appealing to backpackers and hippies who want to adhere to the valley’s motto of “living at one with nature”.

So along with golden sand, blue waters, and boats of Oludeniz beach, the last advantage that lures sunbathers and swimmers are the rows of restaurants and bars situated at the back, separated just by a walkway. Serving up a multitude of cuisine, breakfast, lunch and dinner are all busy times for the restaurants, thanks to their place next to one of Turkey’s most stunning beaches. Other Reasons to Visit Oludeniz

As if the above are not enough reasons to put Oludeniz on your travel bucket list! Indeed, there are more of which most notably are surrounding landmarks of natural beauty and historical importance. They can all be reached by using the good transport bus network, or since Oludeniz belongs to the famous Lycian way, trek the walking paths and trails instead.

Comprising of historical landmarks, the Lycian way starts in Antalya and ends 516 kilometres later in Fethiye, the next bay around the corner from Oludeniz. Anyone with a passion for hiking and walking would do well to choose Oludeniz as a base to explore the marked walking trails.

Other places to visit on a day trip include the ancient Ottoman and Roman city of Tlos with its Lycian rock tombs overlooking Xanthos valley. A short drive away, in the quaint and extremely traditional village of Uzumlu, locals sitting outside the tea shop and women selling homemade items such as preservatives and cotton goods, welcome people to look around their village with old houses and cobbled streets.

The Ghost Village of Kayakoy, famous throughout the world, experienced turmoil at the turn of the 20th century. Greeks and Turks living side-by-side were subjected to a treaty signed by Greece and Turkey at the end of the Turkish war of Independence. Greek citizens had to return to Greece, and vice versa but the returning Turks could not settle and over time, deserted the village. A popular way to explore Kayakoy is on horseback.

Saklikent gorge, a popular daytime excursion sold by all local travel agents is a testament into the power of nature. Walk between two rock faces into the canyon where waterfalls and a river gush through. Be warned though, even in the height of summer, the water is freezing because sun does not get into the valley.

Also make time to visit the bustling city of Fethiye. The authentic vibes of the old town and its narrow streets sit perfectly with surrounding areas and their modern shops. Activity also happens around the harbour and marina area because Fethiye is a centre of excellence of the Turkish Riviera for Blue Cruise routes. In fact, if you have three days to spend, jump on-board one and sail past Oludeniz for a different view of the small, friendly and scenic town. 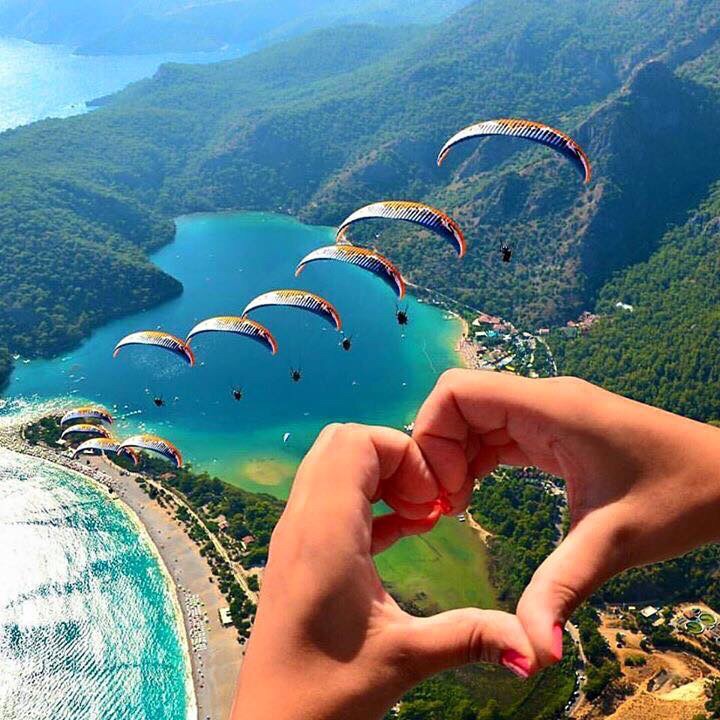 Rare bungalow style property in a peaceful area of Uzumlu in Fethiye, located within easy walking distance to the town centre and amenities – this house has its own private garden and large swimming pool to enjoy.

Built around a unique U-shaped courtyard, this villa has been custom-designed and is nestled in a peaceful neighbourhood of Buyukcekmece in Istanbul – ideal for those looking for added privacy away from the city centre.