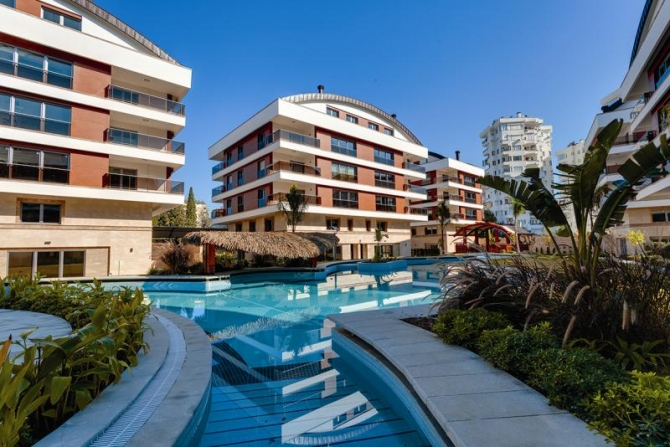 According to a recent report released by the Andolu Agency, to date foreigners have invested 8 billion USD in Turkish real estate.

Data gained from the General Directorate of Land Registry and Cadastre of the Ministry of Environmental and Urbanisation confirmed that most foreign buyers purchased properties in Istanbul, which totalled 18.4 billion Turkish Lira as of the end of October 2020. General Manager, Mehmet Zeki Aldi, said that from data provided by the AA confirmed that 15,814 plots and areas of land in Turkey have been sold to foreign buyers, and a further 213,308 real estate properties to date.

The overall value of static properties that have been amassed from sales, assignment of shares through sales, as well as sales mortgages now totals 67 billion Turkish Lira since foreigners first began investing in Turkish properties.

Effect of the COVID-19 pandemic

Aldi evaluated the effect caused on real estate purchases by foreigners during the COVID-19 outbreak and said that due to the travel bans, imposed sales figures were down. He continued by saying: “Housing purchases and sales have decreased a little compared to last year,” he did note that the demand was still strong but could not be met entirely due to the restrictions with some potential buyers not able to travel to Turkey yet.

In 2020, Istanbul was top city where foreigners made the most purchases of static properties, with 17,212 units sold. The southern region of Antalya came in second with 6,418 sales, in third with 2,330 sales was the capital Ankara, and Bursa and Yalova were fourth and fifth with 1,260 and 1,153 sales, respectively.

Buyers from Iran, Afghanistan, Iraq, Yemen, and China preferred to purchase property in Istanbul. Russian buyers took the lead in purchased property in Antalya, and this southern resort was also the preferred location for buyers from Kazakhstan, Ukraine, Iran, and Germany.

Germany came out top in land sales to foreigners, purchasing 202 land plots in total. Germany was followed by Iraq, Afghanistan, the United Kingdom and Iran with 194, 173, 130 and 117 land acquisitions respectively for buyers from each nation.