Welcome to Ankara – Capital of Turkey

Ah, Ankara, Turkey's capital ruling city. To many foreigners, this vast city is not as well-known as Istanbul. Indeed, some people from other nations assume the Turkish government rules from Istanbul. That city does lead in business, education, tourism, and finance. However, for politics, Ankara reigns supreme, and for visiting tourists, Ankara offers a great insight into Turkey's second-largest city in terms of population. Additionally, some working expats settled in Ankara and now call it home. Sitting in Turkey's central Anatolian region, Ankara is home to just over five million people, so do not expect anything small scale. Other than that, the city gives a great insight into Turkish history and how modern city Turks live today. 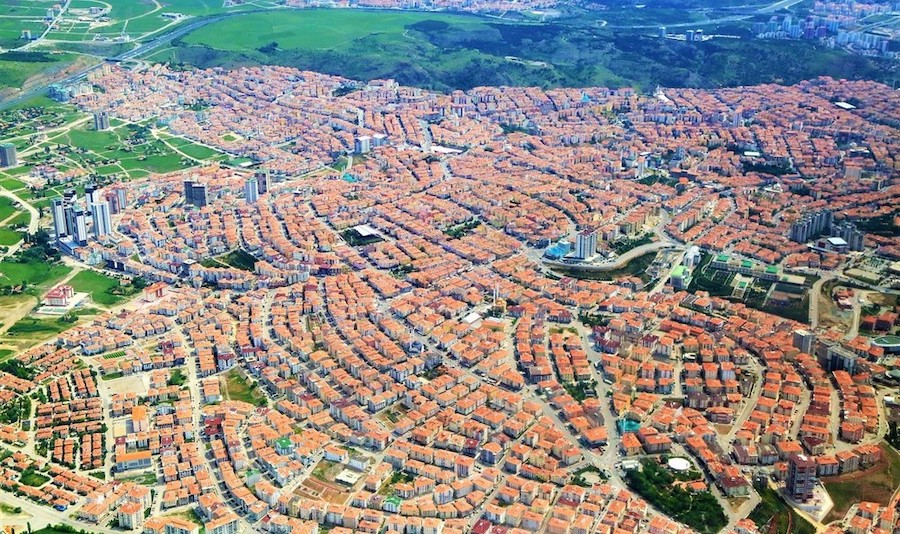 About Ankara - Capital of Turkey

1: The Best Time to Visit

As a large city, Ankara hosts international tourists all year-round. Yet if you do not like rain and snow, avoid December to February. To explore, March to June and October to November are deliciously cool, although bring a jacket for cold night-time weather. On the other hand, July to September is ideal if you plan to relax by the pool.

Historians have traced habitation by humans back to 280 BC, but a notable part was when the Romans ruled until the 7th century. Many other empires also took control, including the Hattian, Hittite, Persians, Byzantine, and Ottomans. One walk through Ankara will reveal traces they left behind. Yet, a prominent moment in history is 1920, when the Grand National Assembly of Turkey was formed. Ankara became the headquarters during the Turkish War of Independence. Eventually, Ankara was declared Turkey's capital on the 29th October 1923, after ruling figures said Istanbul was too vulnerable to invading forces, and the Ottoman empire disbanded. The name Ankara refers to wool produced by rabbits and goats.

Anitkabir, Ankara's most prominent landmark building, houses Mustafa Kemal Ataturk's mausoleum. This man founded the modern-day Turkish Republic, and within Anitkabir, a peace park promotes his famous speech, titled "peace at home, peace in the world." Additionally, a 262-metre road lined with lion statues and called Lion Road offers a pleasant walk. Visitors also see photographs displaying the Anitkabir's construction and documentary films about the man laid to rest within its walls. Under a separate sarcophagus sits a burial chamber of Ismet Inonu, the 2nd Turkish president to have ruled. 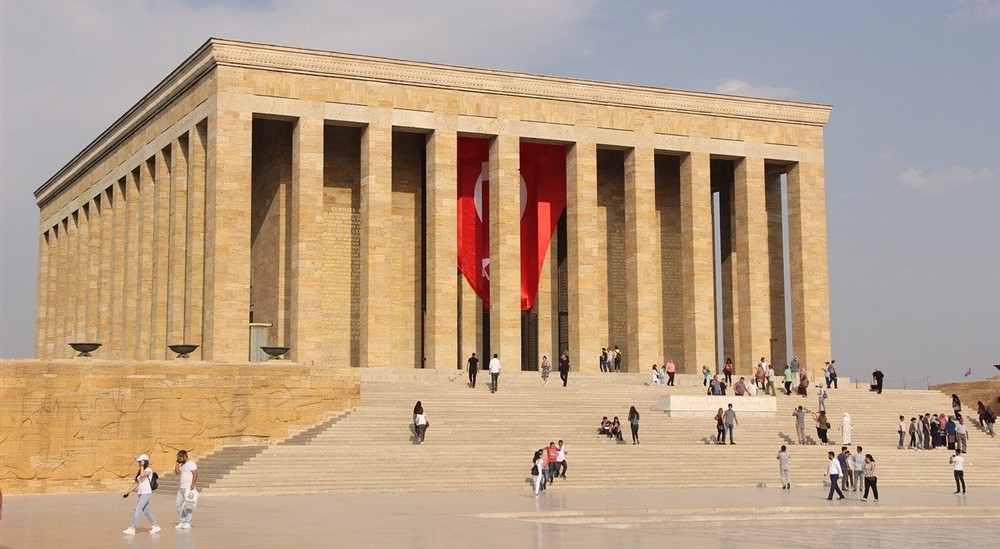 In some parts, visitors still see the old Ottoman houses of Ankara. Spotted by their typical two-story façade of stone and wood and expansive windows, Ankara locals explore the surrounding Beypazari area, a perfectly preserved Ottoman town. Traditional houses line cobbled streets, and some homes dating back hundreds of years have been restored. To see Beypazari's history visit the Turkish Hamam Museum featuring photographs of locals throughout 100 years.

Naturally, as a large city, visitors spend cash with ease. Therefore, we recommended starting with local weekly markets where you stay. These are a traditional part of daily social life in Turkey and include everything from fruit and veg to clothes to household goods. Otherwise, for brand name shops, Ankara delivers with various shopping malls including 365, Atakule, Armada, Anka Mall, Arcadium, Anse, Arena, Ak Center, FTZ, Optimum Outlet Center, Karum, Bilkent Center, Cepa, Forum, Panora, Galleria, Gordion, KentPark, Minasera, Nata Vega Outlet, and Atlantis. Regarding nightlife, international cuisine restaurants are not as vast as other places like Istanbul, yet from May to October, outside dining scenes comes into action as temperatures heat up. Some bars also run student themes to accommodate the significant university presence.

Ankara municipality did an excellent job of maintaining green spaces for residents. Families take their children to enjoy weekends in local parks with various facilities. To enjoy picnic areas and restaurants, everyone can easily reach the most popular Ataturk Forest Farm, founded by Mustafa Kemal Ataturk by public transport. The 508,000 square metres, 50 Yil park, in the Cankaya district, built in the 1970s, was to celebrate 50 years of the Turkish Republic. From here, visitors enjoy views of Ankara thanks to its strategic location. The park includes a lake and more than 90,000 shrubs. Mogan Park, roughly 25 kilometres outside of Ankara city centre, offers a lake and swimming pool and five tennis tables, children's playgrounds, and football fields during summer. Ankara locals love other prominent parks and green spaces like the Blue Lake and Karagol.

If museums are your passion, get ready for loads of them. The most famous, Museum of Anatolian Civilisations sits at the entrance to Ankara castle in a 15th century restored Besestan. This museum collected artefacts from various areas depicting various civilisations, including Lydian, Palaeolithic, Hatti, and Roman. In addition, Ankara Ethnography Museum perfectly displays life for Ankara locals throughout the centuries, including during Ottoman and Seljuk rule. Also, visit the nearby State art and Sculpture Museum, housing 19th-century Turkish art. Other prominent museums include Cer Modern, War of Independence, Mehmet Akif Literature Museum Library, Locomotive Museum, and Ankara Aviation Museum.

Initially constructed by the Galatians and later finished by the Romans, Ankara castle underwent many changes over the centuries. Considered the number one attraction after Anitkabir, the castle offers fantastic views over the city. Additionally, just outside, the remains of an old Roman theatre also attract those interested in history. Parts are still undergoing excavations, while other artefacts now sit in the Anatolian Civilisations Museum.

Featuring four minarets and with the ability to accommodate up to 24,000 worshippers, Kocatepe Mosque, one of the world's biggest, amazes everyone who sees her. Construction started in 1967 but took more than 20 years to complete. Ankara municipality halted the original design for being too progressive for a place of worship. These days, the distinct architectural style attracts admiration worldwide. (Other famous mosques in Turkey.) 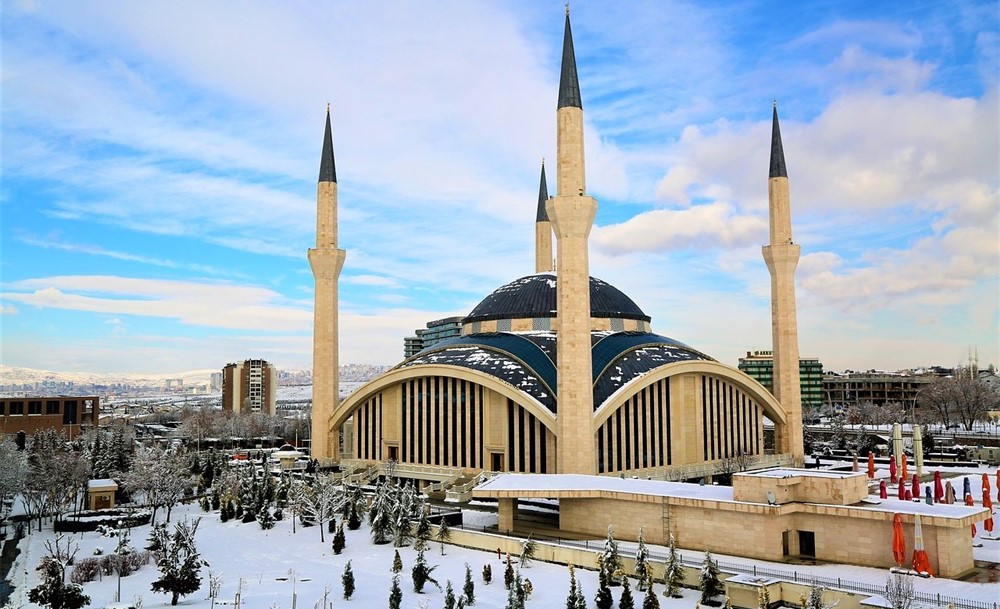 Cappadocia in Turkey: When you visit Ankara, you might also like the nearby Cappadocia region of Turkey. Cappadocia is Turkey's third most visited area, attracting backpackers, honeymoon couples, and independent travellers. So naturally, with the international trend of overseas living, a few expats, mainly Australians and Americans, made it their home. Historically significant as the region where early Christianity spread, other attractions include hot air balloon trips, underground cities and of course, the famous cave hotels, houses, and churches.