Turks love music, just as much as they adore food. With a strong emphasis on lyrics, as well as tunes, to dance to, a Turk does not need persuading to break out into song or start dancing, whenever or wherever.

However, Turkish music culture is probably the most emotional lifestyle aspect for foreigners to understand. While food culture is popular because of reputation and the taste on the palette, other nationalities naturally struggle to understand lyrics, and instrument sounds sometimes appear highly-strung and hard on the eardrum.

Instead, foreigners interested in Turkish music culture should explore its historical background. The complexity of Turkish music, formed by centuries of global influences include Persian, Arabic, Persian, Balkan and Ottoman to name but a few. Excluding current day music trends focusing on digital sounds and genres such as hip-hop or club, foreigners will come across one or more of the following music, song and dance traditions. 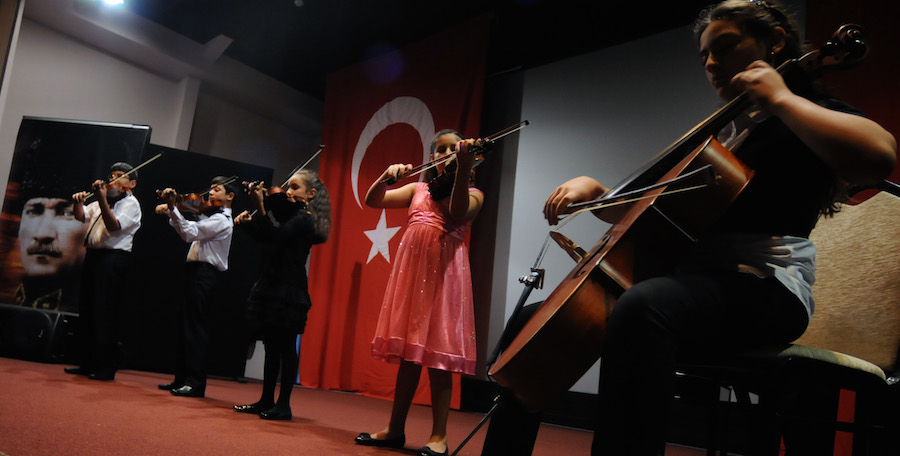 To understand a community of tight-knit Turks, go straight to the heart that is their folklore music and dance. Reflecting its traditions, beliefs and hundreds of years of influences, the music, and local dances date from times when there was hardly anything else to do for recreation. Generations of local communities, have handed them down, therefore, preserving their uniqueness and meaning.

Even now in the major cities and towns, local bands perform on the street celebrating weddings, circumcisions or other notable events. Indeed the “village band” is a crucial ingredient of celebrations, and is just as important as the food laid on for guests. A traditional instrument in these bands is the davul, that is a type of drum, and darbuka percussion instrument that is stretched goatskin, over a goblet shaped hollow item. These are typically accompanied by woodwind instruments such as the ney, kaval, or zurna, a member of the oboe family with extremely prominent sounds when teamed up with the davul.

Each region in Turkey has a unique version of folklore dancing and music. The 50 variations of horon dances come from the Black Sea area. Performed in a circle, most include the use of the Tulum, a powerful wind instrument remarkably similar to a bagpipe. Meanwhile, the Zeybek traditional folklore dances mainly appear in the central, western, and southern Anatolian regions. Their meaning and background are of braveness, honesty, confidence, and self-responsibility.

If you do not come across traditional rural music and dance, while exploring normal life and culture in Turkey, instead sign up with local travel agencies for a traditional Turkish night, where along with other entertainment such as belly dancing, these highlighted performances take centre stage.

Mehter: Music of the Ottoman Janissaries

The Ottoman Janissaries were an elite unit of bodyguards, and troops reporting to the Ottoman sultans. The Janissary band performed music to reflect this role, often accompanying the troops into battle, hence the tradition of Mehter music. Traditionally using the drum and Zurna instruments, that are also used in folklore music, the tunes inspired them for battle with dominating and courageous notes. As well as having, a distinctive beat to march to, composers also aimed to intimidate the enemy.

The Ottoman janissary bands were disbanded in the 19th century because the fighting unit was associated with unruly behaviour that threatened Ottoman sultans. However, tourists listen to their music at afternoon performances in the Istanbul military museum. They sometimes also make special appearances at events in the Topkapi museum. 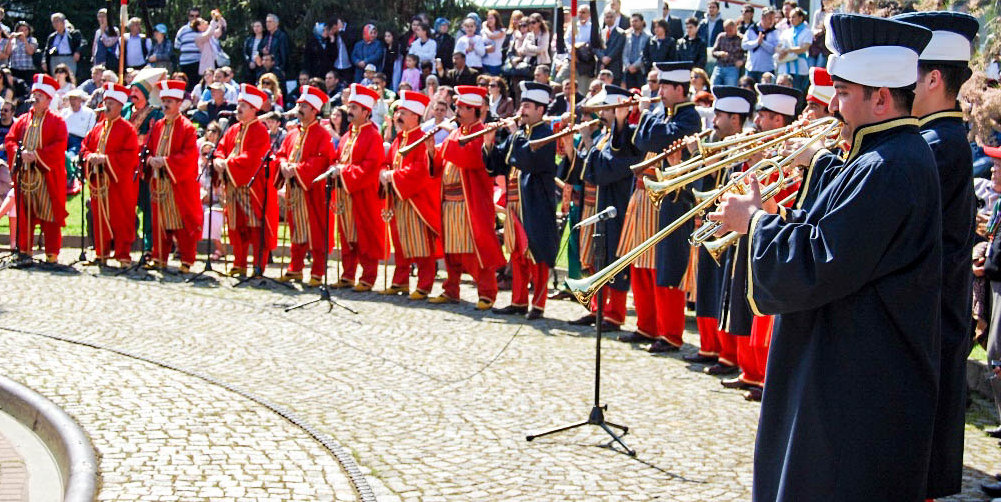 This niche of classic Ottoman music also uses song and dance. Mainly played using the instruments of darbuka, (the goblet shaped instruments above,) violin and clarinet, fasil music is more than just a performance. Often played in meyhanes especially in Istanbul, the audience joins in at their pleasure while drinking raki and eating mezes appetisers.

Arabesque music evolved in Turkey during the 1960s and evoked a loyal following of fans, emotionally moved by the intimate and mostly sad words of the songs. Its name stems from its background in Arabic music. Its theme is mostly about love, often the heart-breaking type that ruins your heart and soul for years to come; hence, it is not a jolly genre of music.

However, this popular niche has made people into superstars and household names. Ibrahim Tatlises, the most famous male singer of Arabesque music, is of Arabic and Kurdish origins. As a child, he did not go to school, but everyone remembers his unique singing voice as he grew up. Later moving to Istanbul, this wise move enabled him to launch his singing career after performing successfully at events and venues for money.

Naturally, Turkish music has moved with the times to update beats, genres and certain famous people have influenced the cultural background, especially when it comes to appealing to the younger generations. Among them is Sezen Aksu. As well as holding titles of songwriter and producer, she is one of the Turkey’s most successful female pop singers. Anyone who is interested in Turkish music culture but struggles with the traditional, rural songs should listen to Sezan because her catchy tunes have addictive beat that is hard to ignore.

The prince of pop, Tarkan is another iconic figure who is accountable for one-third of all album sales in Turkey. Born in Germany but raised in Turkey, he was also classically trained from a young age. Closely following in his popularity is Mustafa Sandal, who as well as being a prince of pop, is multi-talented having also moved into dance, producing and acting. Sometimes compared to Barry Manilow, he has sold more than 20 million albums, earning him silver, gold, and platinum awards. His fans nicknamed him Musti. 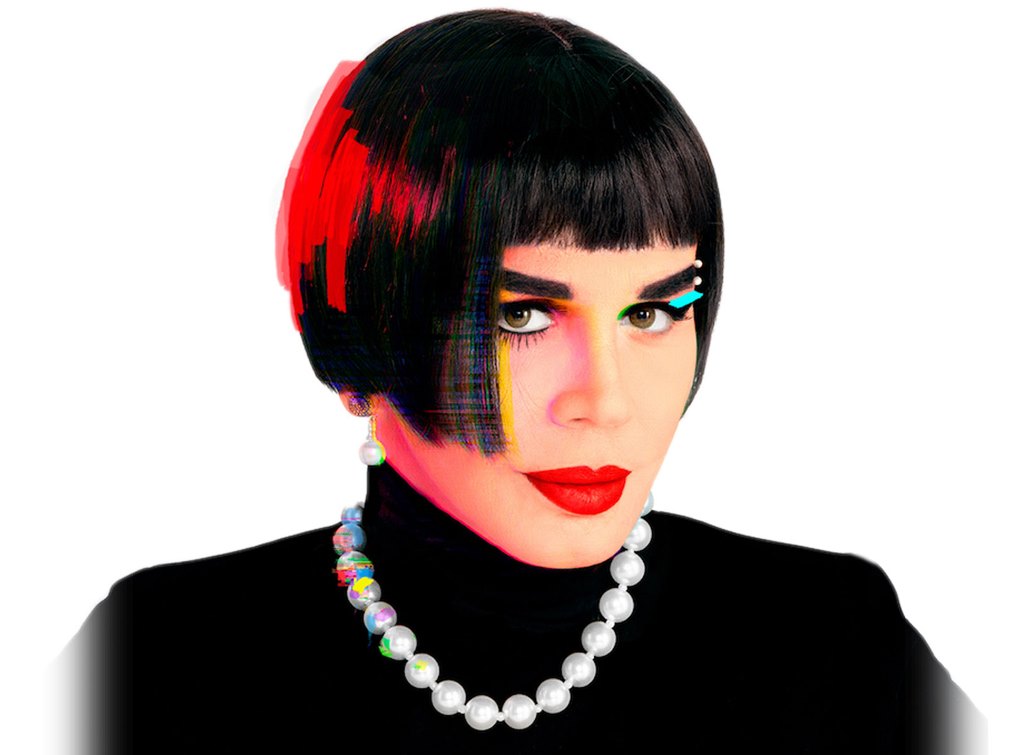 Further Reading: Find out more about Turkish culture, in our articles exploring everything from food, music, arts, books and much more.